Finding a better alternative to disaster tourism in New Orleans 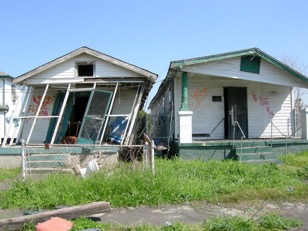 In the first semester of my time at Tulane, my parents visited New Orleans for homecoming weekend. In addition to excitedly attending the football game and scolding me for my cluttered dorm room, they wanted to see the famous sights of the city and learn about the history that has made it unique.

We embarked on a guided bus tour that covered the usual focal points: Jackson Square and the surrounding French Quarter, historic cemeteries, the impressive mansions along St. Charles; but there was one part of the tour that I was not expecting. The bus took us through the Lower Ninth Ward, drawing our attention to the abandoned houses, bright spray paint X’s, and water-level marks that were still visible on every street, pointing out all of the aspects of damage and devastation from Hurricane Katrina.

Seeing this, I developed a confusing mixture of emotions. It felt almost wrong being there, inside a cushy air-conditioned tour bus surrounded by non-New Orleaniens, observing others’ misfortune as a spectacle. At the same time, I was intrigued to see what remains of the storm damage, and the remnants of one of the largest catastrophes in American history.

This weird, uneasy feeling I had on the tour bus mixed with genuine curiosity illustrates the heart of the debate of disaster tourism, a type of tourism that centers around struggle or loss in some way.

Tour buses, most commonly from major tour company Grey Line, venture to the Lower Ninth Ward and drive past abandoned houses with boarded-up windows, empty lots with overgrown weeds, and crushed buildings that remain damaged fifteen years after Hurricane Katrina. The buses also pass houses occupied with residents, many who have managed to return to the city and repair their homes after the storm. According to The Data Center, from April 2000 to July 2006, the city population decreased by 254,502 people. The aftermath of the storm displaced hundreds of thousands of households, and damaged 70% of all occupied housing units in New Orleans.

In areas of the city that were immensely damaged, many people left for good. Repairing their homes posed too difficult a task, and some believed that their neighborhoods would never again resemble what they once were. In the Lower Ninth Ward, population return was only 36.7% as of 2016, much lower than other wealthier areas of the city. While some development projects are underway to rebuild homes, empty lots and buildings still overwhelm the neighborhood. For the “Katrina tours,” a ticket could be as much as $50f or visitors to get a first-hand look at the Lower Ninth Ward, an area where 37% of the population lives in poverty. Disaster tourism has come under fire for putting victims on display and using tragedy for profit. Isabelle Cossart, a tour guide who gave some of the first “Katrina tours”, explains the driving force behind the tours’ existence and popularity. Cossart told Buzzfeed News, “it was only human nature, I figured, for people to want to see for themselves what’s happened here. And besides, I desperately needed the work.”

Do human nature and genuine curiosity, however, mean that disaster tourism is ethical? Do our emotions truly justify our actions? Many residents of the Lower Ninth Ward do not think so.

Lower Ninth resident Vanessa Gueringer told the Associated Press, “we’re fed up and tired of them coming through the neighborhood like we’re some sideshow.” The tour vehicles in the area also block the streets, making it harder for clean-up crews to operate. In 2006, an ordinance was put in place by the City Council that banned tour buses and vans from the Lower Ninth Ward. However, the 2006 regulations were not enforced by the city, and some tour operators were not aware of the laws’ existence.

Despite opposition, tour buses continued their Ninth Ward routes. In 2012, Councilman Ernest Charbonnet proposed new regulations that allowed the tour operations to resume with expensive fees for the buses, which most companies paid in order to stay competitive. But in 2013, a newly elected councilman removed the proposed orders. Kelly Schulz of the New Orleans Convention and Visitors Bureau offers an explanation of the opposing view. In a statement to the Associated Press she said, “we certainly need to be respectful and not cause more suffering, but seeing these areas in person brings needed attention.”

The back-and-forth of ordinances and poorly enforced rules offered little protection to those living in the Lower Ninth, who were unhappy with the tourism presence. This brings up an important question to consider: is human nature valued more highly than respect for the victims of disaster?

The basis of disaster tourism relies on the inherent desire to see tragedy, and the restrictions on tour companies served as an attempt to put human nature in check. The constraints and bans of hurricane tours suggested that human impulses may not be ethical, even if there is a universal interest in seeing the damaged sights. The human nature argument can be used as a blanket statement to rationalize tourist activity, and may allude to the possibility of Katrina-tourism never being regulated because inherent desire will always prevail. However, curiosity may not automatically justify human actions, especially if these actions are posing difficulty to others.

Limiting human nature can be a complicated task. Even with ordinances banning tour operations in parts of the city there are many online resources, such as freetoursbyfoot.com, that provide tourists with self-guided Katrina walking tours through the Lower Ninth Ward and other affected areas. There is no completely effective way for keeping visitors out of areas of tragedy, as the failed ordinances have shown. A method that can be a solution to this issue is finding a middle ground, an appropriate compromise between inherent curiosity and respect for the victims of tragedy. One organization might have this answer. Lowernine.orgis a nonprofit organization that is “dedicated to the long-term recovery of the Lower Ninth Ward of New Orleans in the wake of Hurricane Katrina and Rita, and the levee breaches of 2005,” as stated on their website. 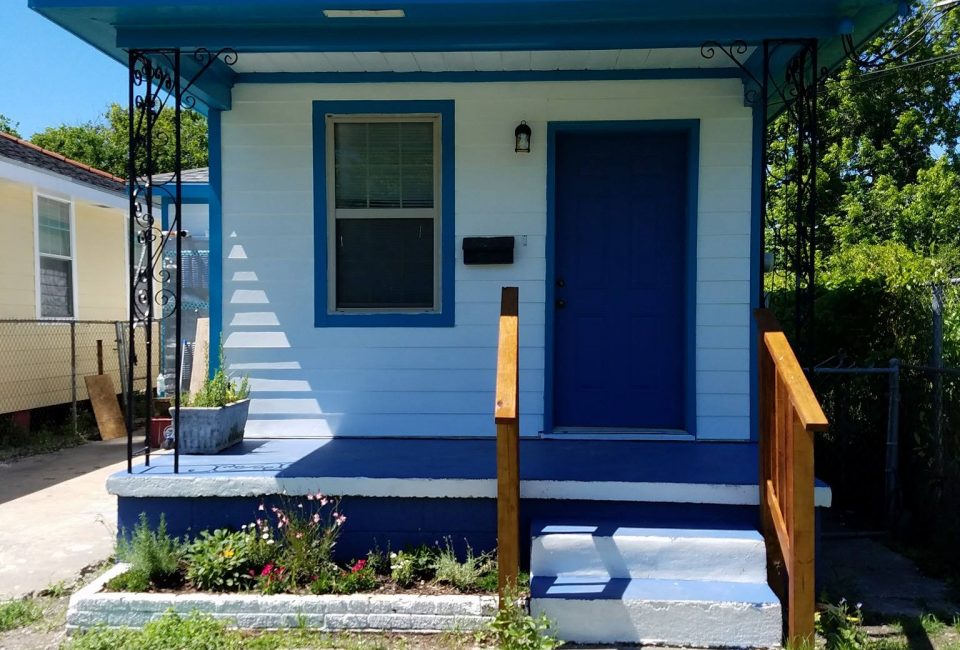 Image of Brenda Foucher’s house renovated by lowernine.org. Brenda was a lifelong resident of the Lower Ninth Ward when Katrina damaged her home almost to the point of collapse. After many more hardships, including the passing of her husband, lowernine.org was able to completely renovate her home. (Photo credit: lowering.org).

The model of lowernine.org could be considered a solution. Their tours give back to the community while also fulfilling the popular desire of seeing the Ninth Ward. This model of disaster tourism can actually create a lasting positive impact and could appeal to both sides of the debate. Lowernine.org also takes on a grassroots spirit, largely using volunteers and staff members who are residents of the Lower Ninth Ward or who had initially volunteered in the post-Katrina efforts. Their approach may serve as one answer to the complicated questions of disaster tourism. However, the search for an appropriate solution that respects all sides of the debate is still needed, and these questions should continue to be asked by both tourists and New Orleans residents. With collaboration, disaster tourism may be able to become both beneficial and actually create a positive impact without exploiting victims of tragedy.

What needed to be done after the destruction following Hurricane Katrina vs. what was done
Neighborhoods