What needed to be done after the destruction following Hurricane Katrina vs. what was done 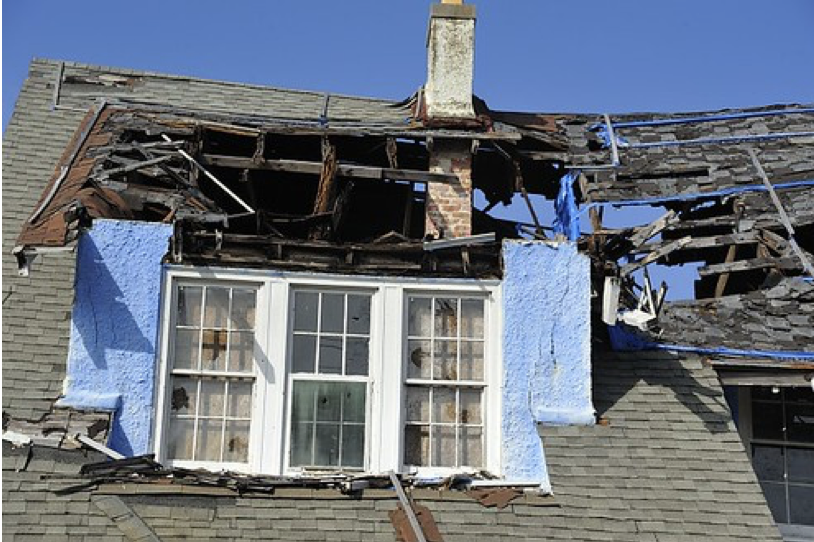 As I pulled up to 6416 Urquhart Street in the summer of 2017, I looked around the neighborhood in awe of the damage from the aftermath from Hurricane Katrina that had yet to be addressed. There were no stores nearby, the houses were not nearly as grand as the ones in Uptown, there were various plots of land that once had houses on them, there was trash on the ground, and the surrounding houses looked as if they would not hold up for much longer.

I stepped inside the house — ready to take on the renovation I’d signed up for — and looked up to see the roof leaking in multiple places, close to collapsing. The walls and other interior parts were damaged and worn out, and the house itself was contaminated with mold. This house renovation project would mean the world to Brenda Foucher, a lifelong resident in the Lower Ninth Ward, who had dealt with various hardships in her life. The renovation was completed in August of 2017, thanks to the non-profit organization, Lowerline, which is dedicated to this long journey of recovering houses from the destruction following Hurricane Katrina, having completed 87 full home builds and over 300 renovations and repairs.

Not all organizations with the same initial purpose succeeded, though. In 2007, Brad Pitt started The Make It Right Foundation, with the goal of rebuilding houses in the Lower Ninth Ward that had been destroyed and deemed inhabitable by Hurricane Katrina (although, we want to always make the point that the destruction in New Orleans was from levee breaks; Katrina did not hit New Orleans). While the rebuilding was beneficial for many residents for a period of time, there were soon various, and incredibly dangerous, issues with the houses that arose. Mold began to grow, mushrooms were found inside, doors wouldn’t lock, light switches stopped, porches were breaking, and the houses began to quite literally fall apart.

Not only did the Make It Right Foundation headquarters not return phone calls from the residents, but they also withheld information that they found in their (year-long late) inspections, and even had non-disclosure agreements that they ensured were signed. Residents were further displaced, years after the hurricane. 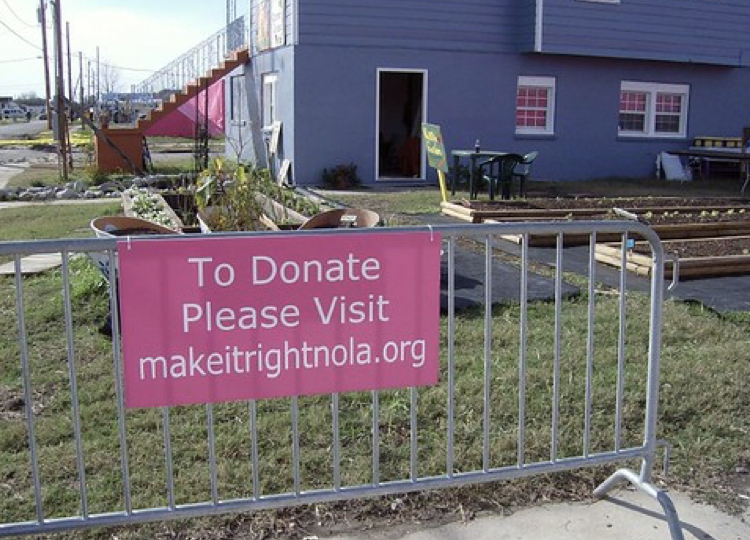 While dozens of volunteers and non profit organizations stepped in to help, it wasn’t enough, and it couldn’t be enough. Even with various organizations and volunteers for years after, more needed to be done, and people do not have the amount of time that would be required. They need to go to school; they need to work; they need to support their families and themselves; and ultimately, no matter how badly they want to dedicate their time to this matter, they cannot afford to. In (2020) Orleans Parish alone, 55.8% of residents are employed (and growing due to the pandemic), 4.33% of children are in high school, and 7.19% are undergraduates. Money, unlimited time, resources, and many other necessities could help, though. Where do these necessities come from? The local and federal Government. Did they help? Not exactly.

FEMA had the ability to help in tremendous ways, and not only was it not active in the recovery, it actually blocked and prohibited essential tools and medical supplies from being delivered, turned down Amtrak’s offer to evacuate victims, turned Walmart trucks away who wanted to deliver water, and so forth. The entire city of New Orleans was struggling, and it was no secret that the Lower Ninth Ward received the most damage. People around the world put their lives on hold to help, to donate, and to volunteer. Why couldn’t the government raise a finger?

Recovery projects were set up post-Katrina with the intent to help rebuild New Orleans as a city, such as the re-building of playgrounds, roads, etc. These projects, directed by Edward Blakeley and created by Mayor C. Ray Nagin, actually ended up showing the marginalization of certain communities here. While uptown New Orleans, where the wealthy people live, received 22 recovery projects, the Lower Ninth Ward received 3. The question as to why they only received 3 has yet to be answered.

The Lower Ninth was also the last place in New Orleans to have their electricity fixed as well as receive access to safe drinking water. And, the trailers that would serve as temporary homes until people figured out new living situations were given to the Lower Ninth Ward six months after other communities received them. In those long months, a ton of progress was made in the wealthier communities because they had time to begin to rebuild. This, combined with the 3 recovery projects, sets up the Lower Ninth Ward to be at a massive and inhumane disadvantage. “‘It was the people with means who got back to the city first,’” said Greta Gladney, a local policy advocate whose roots in the Lower Ninth extend back four generations, “‘and they were the ones making the decisions.’”

The government’s lack of aid is disheartening, but that does not mean that there is no hope. Organizations such as Lowernine, who not only physically help but also educate people on important issues like FEMA, allow people to remain optimistic for change. With a stronger partnership between the government, different communities, and the private sector, future generations have the ability to make a lasting change; education is key to success.