Hindsight for foresight insight: COVID-19 and its effects on New Orleans Festivals

“Mardi Gras is not just a celebration; it is an industry.” 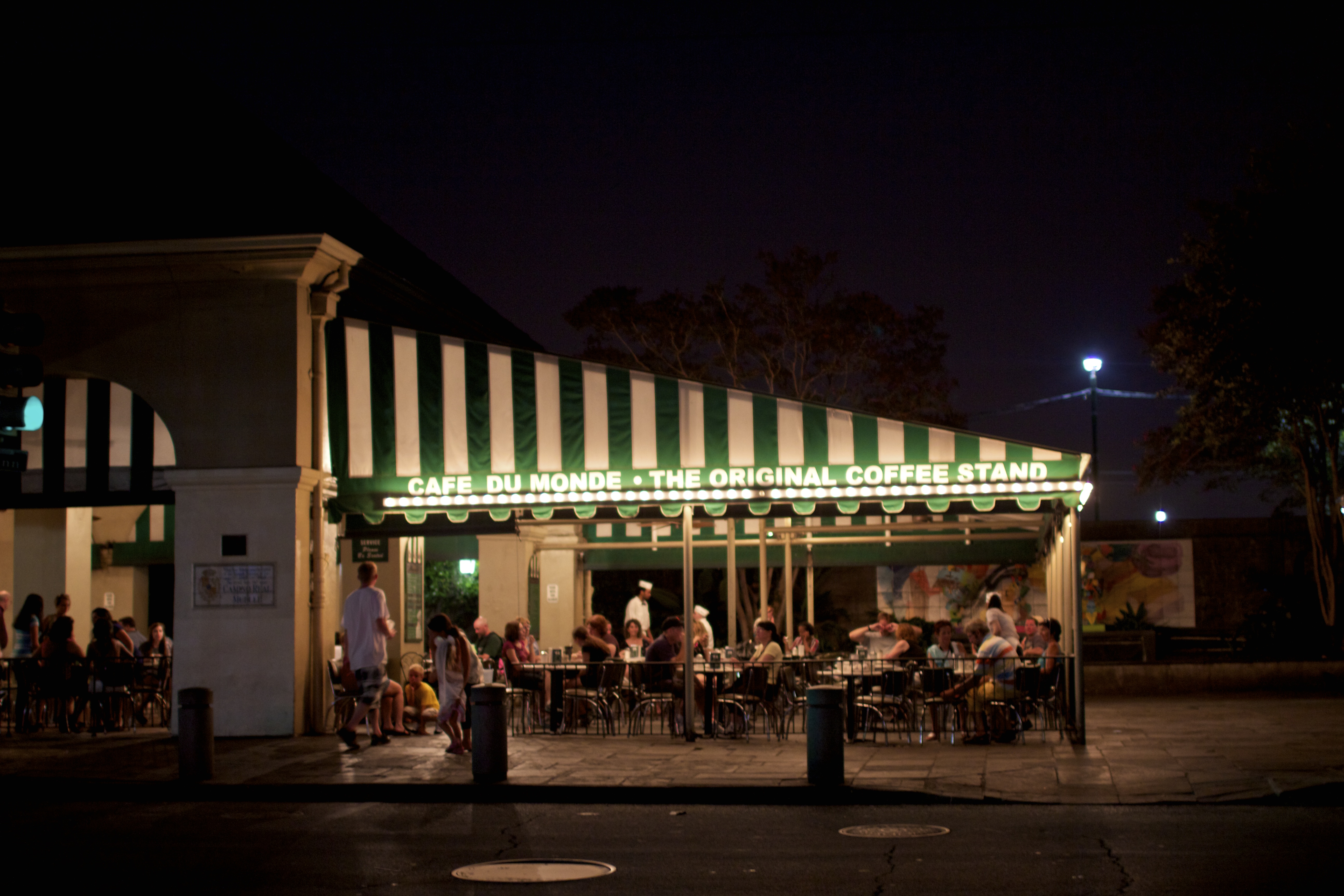 Over a year ago, When the  COVID-19 pandemic swept through the nation, most businesses shut down periodically, some even permanently. Yet, for those that were able to reopen, a highly difficult rebuild lay ahead. These companies were forced to recreate themselves to overcome the everyday problems faced during the pandemic. After speaking with the managers of restaurant Cafe Du Monde and Hotel Provincial, we learned about how the lack of tourism due to COVID-19 affected businesses. We discovered that although the cancellation of Mardi Gras in 2020 had a sizable effect on the city, losing the entire festival season is what hurt businesses most. These losses were substantial, but businesses like these two were resilient enough to survive.

In New Orleans, many companies are based wholly around tourism. In this city, many businesses earn significant portions of their yearly revenue from festivals. In previous years, the Carnival season has an economic impact of over $1 billion on New Orleans (Ryssdal & Fam, 2021). Enticed by the parties, more than ten thousand people from across the world travel to the city, spending more than $61 million on food and transportation and $70 million on hotels annually (Bushell, 2021). Mardi Gras is not just a celebration; it is an industry.

That industry employs people throughout the year in a city where at least eight percent of its workforce depends on the gig economy (Murphy, 2020). In New Orleans, tourism peaks between February and June because this is when most festivals take place. 2020 was expected to be a pivotal year for the Louisiana economy; economists projected the state would finally recover from two years of slow growth because of energy and industrial slowdowns (Murphy, 2020). However, because of the pandemic, these projections failed to materialize.

Even famous locations, like Cafe Du Monde and Hotel Provincial were not immune to the effects of COVID-19. People, such as Jay Roman, who has been the president of Cafe Du Monde for over 40 years, have never faced such a difficult business environment. When talking about Cafe Du Monde’s reconfigured schedule, for example, Mr. Roman stated, “We are a company that is used to being closed only 36 hours a year. We are now operating 12 hours a day.” Normally Cafe Du Monde operates on a 24/7 schedule, so this shift would hurt profits significantly. Although the New Orleans staple is far better off now than when they were closed for a brief time, the company is still operating at a loss. Cafe Du Monde’s rebuilding period has been slow, but once social distancing guidelines end, the business is eager to return to full capacity.

Seasonally-focused businesses were the most affected by the shutdown because they make most of their revenue during the Carnival season. The lack of parades mainly impacted area businesses, especially the stores that sell food and liquor (Calder, 2021). Other businesses that were affected include float builders, tailors, bead sellers, parade stand companies, and equipment rental outfits. For example, Georgia Wilson, the owner of The Bead Shop on Magazine Street, said her sales are down by about 95 percent, even though Carnival is just a part of her revenue.

Other businesses, such as Mardi Gras World, are also struggling. Specifically, Mardi Gras World had to make adjustments, such as laying off a third of its Mardi Gras-related employees, to remain open. According to Toni Weiss, an economics professor at Tulane University, the city was expected to save about $ 7.6 million for costs by not having a traditional Carnival season. The months during Carnival usually account for almost $40 million in total sales tax revenue. Additionally, hotels that would normally be booked more than 90 percent capacity, were only half full for the Mardi Gras weekend. Unlike the after effects of a hurricane, the effects of an epidemiological disaster are global. This means federal resources and interstate cooperation that normally help a region quickly heal from an isolated disaster, are limited, making it harder for businesses to recover (Murphy, 2020).

Mardi Gras is not the only important festival that brings money to New Orleans. For example, the Essence Festival, which brought in $1.8 billion in 2019, was canceled in 2020 (Gibson, 2020). Additionally, the Jazz and Heritage Festival was also canceled. These cancellations, not only hurt the economy but also the community. The money from the Jazz and Heritage Festival is usually used to help fund community and education programs. Local musicians rely on the Jazz and Heritage Festival for their incomes; the money they make at the festival makes up a large portion of their income for the year (Spera 2020). Festivals alone led to a “$904 million economic impact and attracted 3 million people” (Yawn, Clark, Price, 2020). Normally, many Spring festivals sustain local businesses. Both the businesses we spoke with, Café du Monde and the Hotel Provincial, talked about how it was not just Mardi Gras that hurt them, but also the loss of these other festivals. 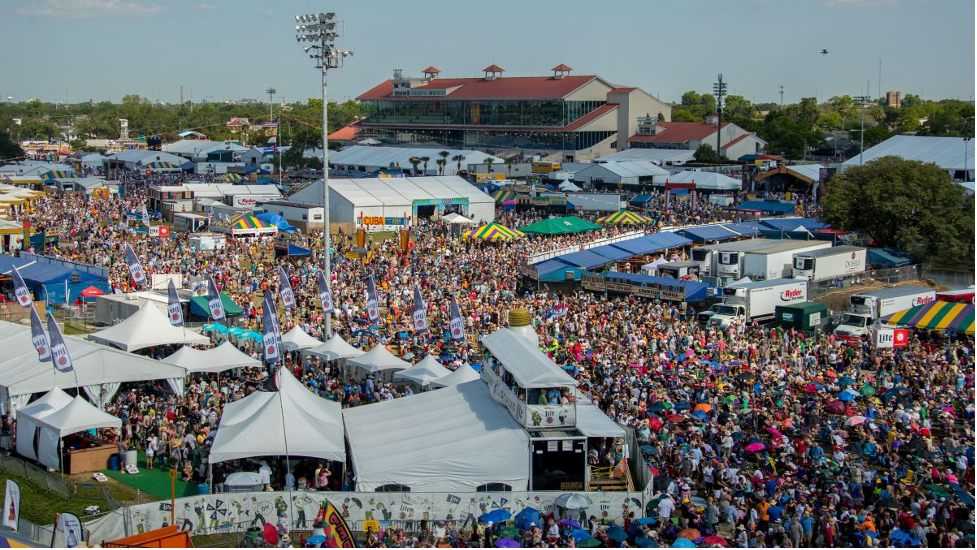 Although the pandemic has affected Cafe du Monde’s locations differently, each Cafe Du Monde establishment took a severe hit because of the lack of tourism. The Cafe Du Monde’s location along the Riverwalk largely relies on tourism from conventioneers and cruise ships. Even at Cafe Du Monde’s French Quarter in location, Mr. Roman identified a 50-50 split between locals and tourists. Although the loss at the French Quarter location is less than the Riverwalk, the hit incurred is still massive. Mardi Gras had a major impact during the weeks it was supposed to take place, however, it was the collection of smaller festivals that had the largest effect on Cafe Du Monde.

Similar to Cafe Du Monde, hotels, such as Hotel Provincial, have had to face similar pandemic challenges. The Hotel Provincial has been locally owned by the Dupepe family since 1961. Many tourists who want a unique city experience are attracted to this hotel because it is located in the residential part of the French Quarter. The pandemic forced the hotel to shut down completely from mid-March to late June, which means the hotel was not making any revenue during this time. Although the hotel eventually reopened, it had to make many adjustments to ensure the safety of guests. These adjustments included training staff, cleaning facilities, and adding sanitizing stations and front desk shields. Bryan Dupepe, the owner of the hotel, estimated that training and equipment expenses added up to around $10,000.

However, as Mr. Dupepe explains, “Although we love Mardi Gras, it’s not the thing that makes or breaks us.” Because Hotel Provincial is a popular tourist destination during Mardi Gras, Jazz Fest, and Voodoo Fest, the hotel is usually able to charge special rates that contribute to its overall profitability for the year. Although the absence of these other festivals decreased the hotel’s revenue this past year, Hotel Provincial draws a broad range of hotel guests. The manager says, “Compared to 2019, many industries probably won’t return to those revenue levels until 2024 ” because New Orleans now has to compete with other tourist cities, such as Chicago, Denver, and New York. The hotel, however, is more of a leisure property, meaning it does not rely so much on conventions. Therefore, Mr. Dupepe is optimistic about the future, and believes Hotel Provincial will return to consistent profitability once the normal festival season resumes.

The pandemic damaged businesses throughout New Orleans. Without Mardi Gras, tourism plummeted, which only further hurt these companies. Tourists will always be an important part of the New Orleans economy, and the city will rely on them to remain economically successful. It is not just Mardi Gras that impacts the economy, but many other festivals in New Orleans, as well. Despite the damage COVID-19 did to the New Orleans economy, businesses like Café du Monde and Hotel Provincial have stayed afloat because of the business savvy of their executives, as well as strong adjustments to the day to day problems the pandemic provided. COVID-19 caused greatly negative impact to the city, but the resilience of companies like Hotel Provincial and Café Du Monde show that it is an impact the city can survive.

Ryssdal, K., & Fam, A. (2021, February 12). Carnival and Mardi Gras usually mean $1 billion for the New Orleans ECONOMY. What about this year? https://www.marketplace.org/2021/02/11/carnival-and-mardi-gras-usually-mean-1-billion-for-the-new-orleans-economy-what-about-this-year/.