You can look for new pieces every day this week because we love science, we love answers, and we love to know what exactly GMO is doing to us! Let’s take a look! If you have questions you’d like answered, send them to thebigchemez@gmail.com.

Dear Big Chem-EZ, I hear the term GMO being used a lot today. Are GMO’s harmful in any way? 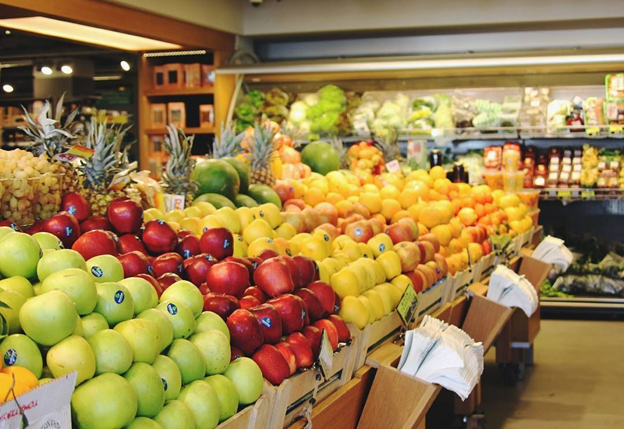 Photo of a typical produce isle (from Google images)

That’s a great question. In order to answer that, we need a little background on what exactly a GMO is.

GMO is an acronym that stands for genetically modified organism. GMO is a blanket term that is used to describe any organism produced with modified genetic material, including bacteria, yeast, fish, and plants. In a lab setting, genetic modification is used to produce organisms, usually single-celled, that have specific traits or abilities. This is extremely beneficial and crucial for research such as drug testing and production.

In relation to the food industry, GMOs normally come in the form of genetically modified crops. These crops have been modified to be more tolerant of certain herbicides and resistant to certain local insect species. The most common genetically modified crops in the U.S. are soybeans, corn, and cotton. Genetic modification of crops began in the late 1990s in order to increase worldwide food production (1). While their introduction into the mainstream was abrupt, organizations such as the Food and Drug Administration vetted GMOs thoroughly.

The positives and negatives of producing genetically modified foods can be difficult to pinpoint when using google or the internet in general. There are many differing opinions on the effect GMOs have on those exposed to them. As of right now, there isn’t any research that can explicitly state that genetically modified foods are harmful if eaten. The current consensus is that the aftereffects of ingesting genetically modified foods are relatively unknown (1). This isn’t to say that one day everyone who ever ate a GMO will develop some sort of issue in the future, it’s just a way of saying that the topic is still being researched. On the other hand, a direct positive of usage of GMOs is increased crop yields (1). As previously stated, genetically modified crops were originally created in order to feed the growing worldwide population. Use of GMOs allow for an abundance of food and even shorter crop cycles. Scientists are also working on modifying certain crops to have increased nutritional value by adjusting the amount of proteins, carbohydrates, amino acids, fatty acids, vitamins, and minerals the crops produce (1).

In the end, the side effects of genetically modified foods are still up for debate in some circles, but in this writer’s opinion, the overall safety shouldn’t be a serious concern.