Animal Awareness: The purrrsuit of happiness

Before the adoption of my new kitten, I relied heavily on music and certain artists to calm myself. Kid Cudi, my favorite artist, has suffered with depression, anxiety, and suicidal thoughts his entire life. At one point he wrote, “I am not at peace, My anxiety and depression have ruled my life for as long as I can remember and I never leave the house because of it… It’s time I fix me. I’m nervous but I’mma get through this.” I found myself relying heavily on his music and connecting to certain struggles that Kid Cudi sang about. 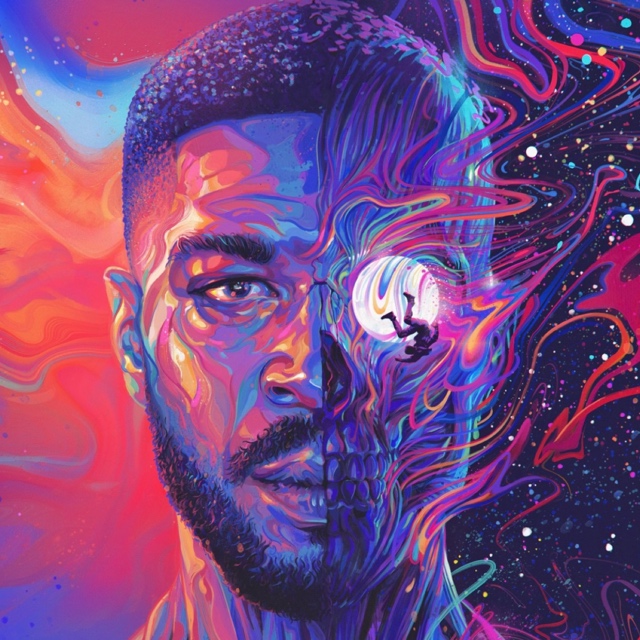 “I found myself relying heavily on his music and connecting to certain struggles that Kid Cudi sang about.” (Photo by Magnetic Magazine)

After rehab Kid Cudi told Billboard that he found peace. He claimed; “I have so much joy that I don’t feel like I’m fighting anymore.” He said “I’m the best I’ve ever been in my life. I realized I was genuinely happy, and there’s nothing really going on in particular.” I decided that his message is one that I would hold on to. I too needed to find peace, and with the help of my new adopted friend, it didn’t take long.

After returning home from the SPCA with my new friend my levels of anxiety and depression began to plummet. Pet ownership plays a huge influence on positive mental health incomes. Animals reduce stress, anxiety, depression, ease loneliness, encourage exercise and playfulness and improve cardiovascular health. Within a week of owning my new friend, I found myself to be much less stressed. I had adopted a walking, meowing, stress reliever. Every time I would look over at my new feline friend, my body was producing stress-reducing hormones. My heart rate and blood pressure decreased and my anxiety levels normalized. I had a new companion who helped ease my feelings of loneliness during the pandemic and provided me with a purpose. I decided to name her Cudi. ‘Kit Cudi the Cat on the Moon,’ to be exact. Kit Cudi became a beacon of hope. She encompassed what Kid Cudi sang about in his album Man on the Moon, and taught me that I wasn’t alone no matter what I was dealing with. 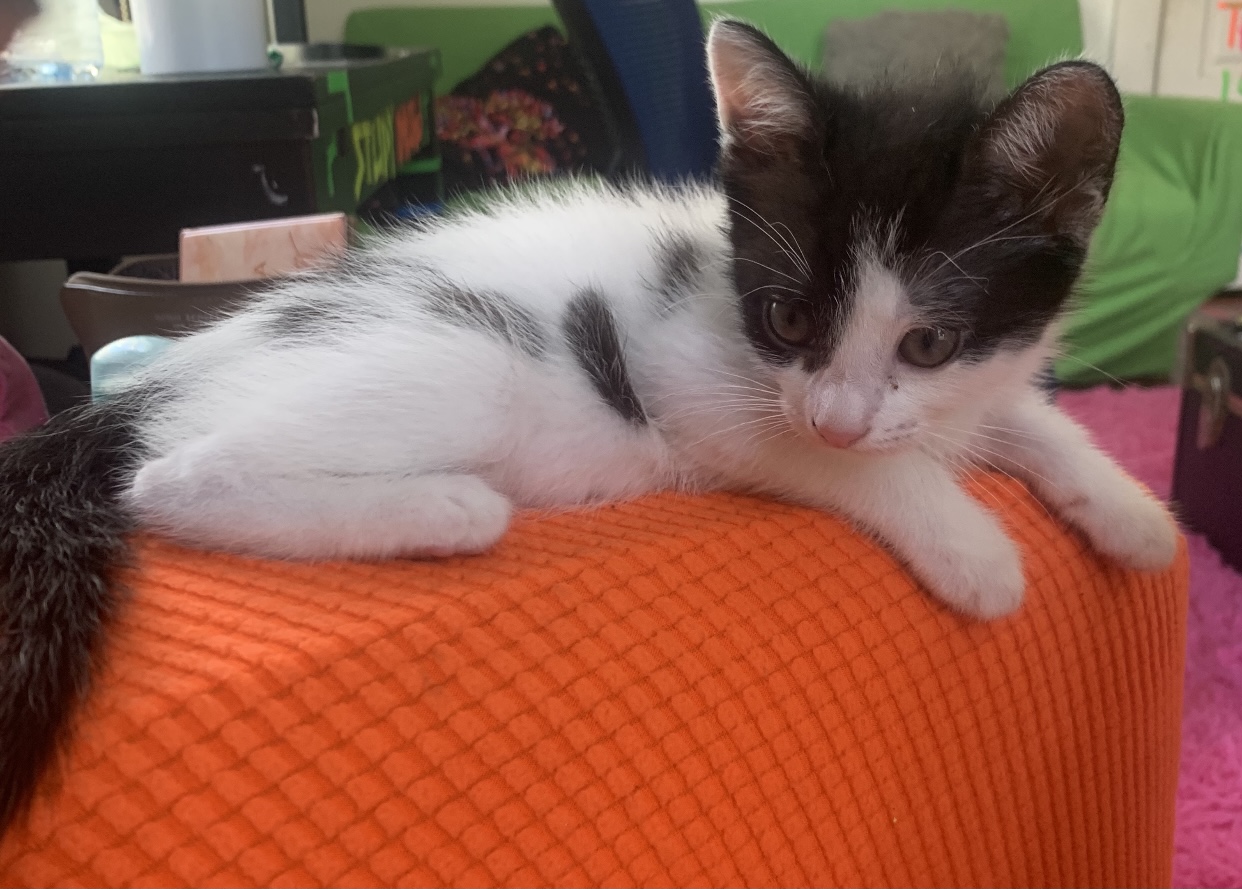 “Kit Cudi became a beacon of hope. She encompassed what Kid Cudi sang about in his album Man on the moon, and taught me that I wasn’t alone no matter what I was dealing with.” (Photo by Hannah)

Kit Cudi’s interactions, reliance on me, and unconditional love encouraged positive mental health outcomes. The relationship I established with her provided predictability in the unpredictable world we were living in, encouragement to get out of bed, and more overall positivity.

Owning a pet not only provides an abundance of mental health benefits but is extremely rewarding. Knowing that I had adopted Cudi and that she was always going to be waiting for me, gave my life more purpose and combated my loneliness. 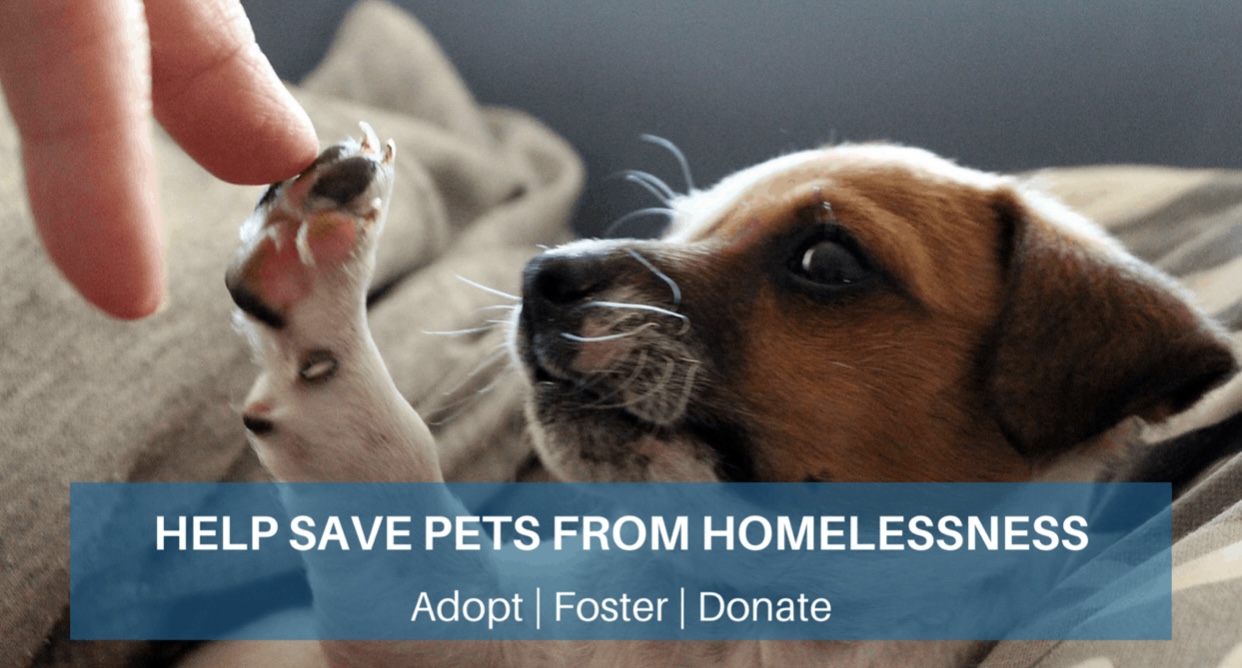 Save yourself by saving a friend from a local NOLA shelter! (Photo by: Happy Life Animal Rescue)

The aftermath of COVID has created a cycle of helplessness in many individuals, similar to what I experienced. This might be a sign to save yourself by saving a friend. Adopt a friend like Kit Cudi and your health and overall happiness might just increase drastically.

You know it’s summer when: We made you a “where to eat outdoors” list
Food