A coffee crawl with a Parisian and a Louisianian 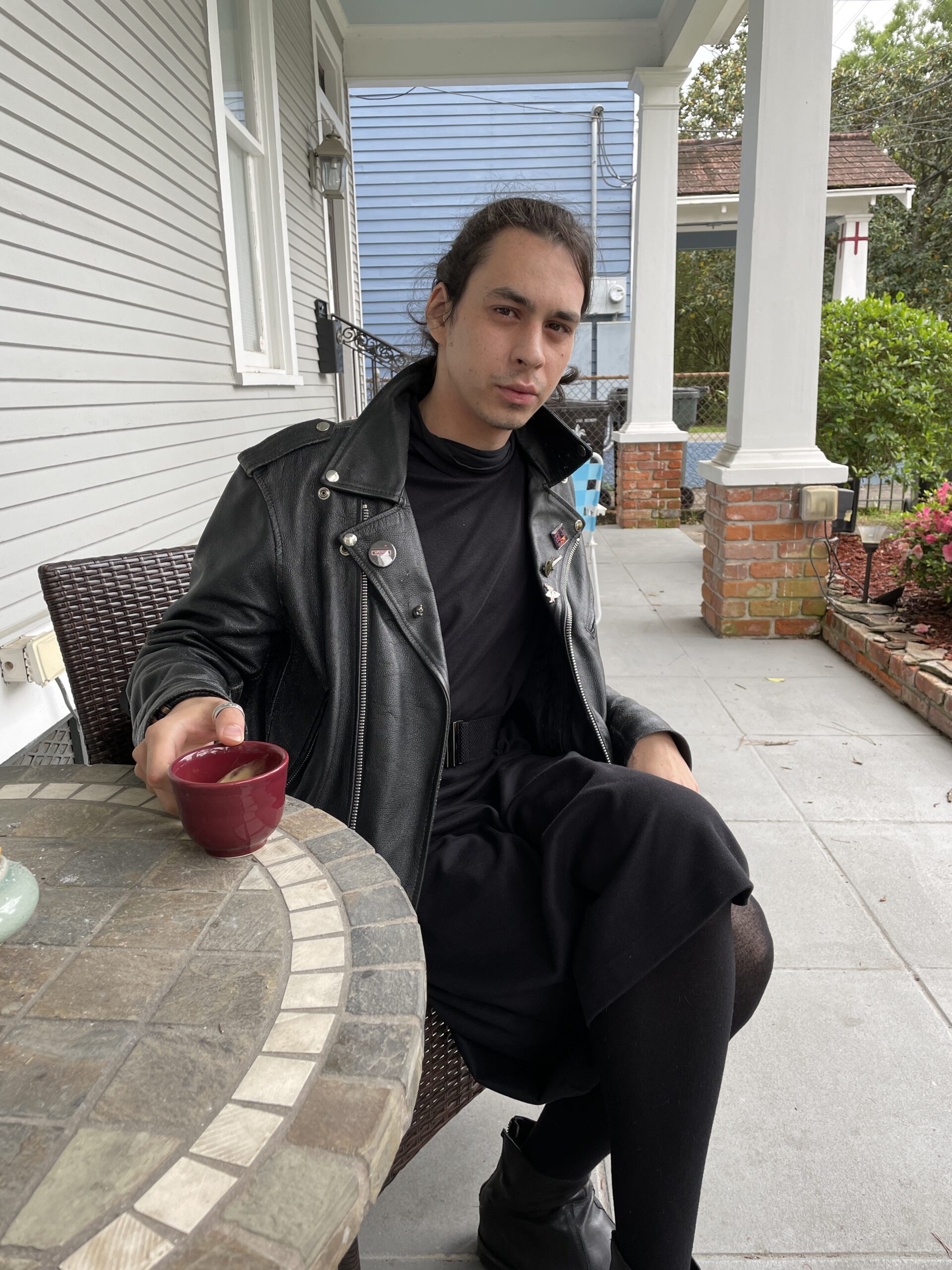 This is Eliott. He was born and raised in Paris, France. As you might assume, he is very critical of his coffee. 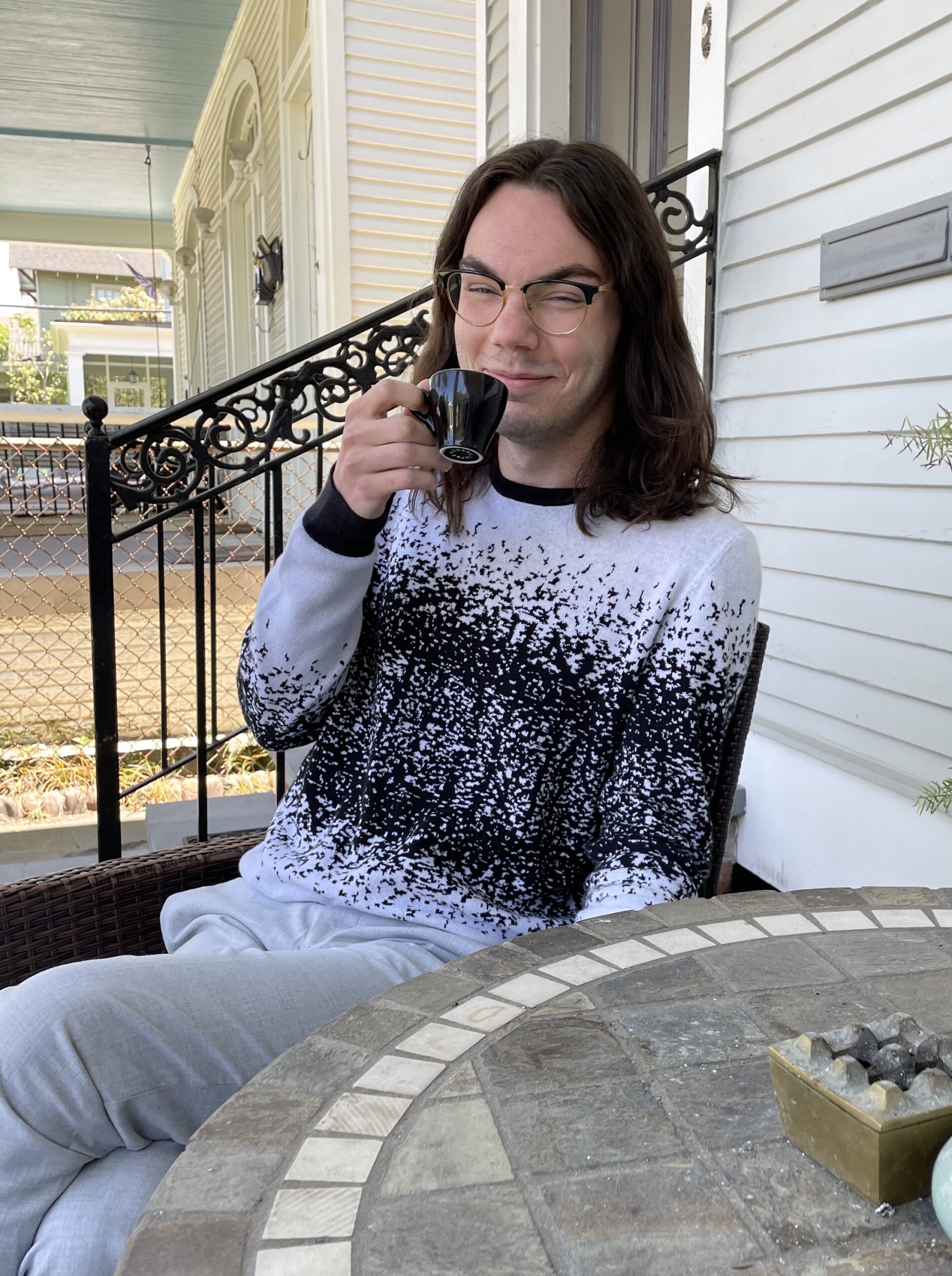 This is Nick. He was born and raised in the deep south: Lake Charles, Louisiana.

So, what do these two have in common?

They unite in their passion of a seed of berries that keeps them alert throughout the day. I mean, coffee!

I had the fortune of interviewing them on a sunny Sunday afternoon. I took them to Rue de la Course and Zots, two local coffee shops on Oak Street.

On average, Eliott drinks 5-6 espressos in a day!

Nick drinks 1-2 coffees, espresso in the morning, and lately, an iced coffee in the afternoon!

I asked them the differences in coffee culture in their hometowns compared to New Orleans. I’ll let them speak for themselves:

Eliott: ‘‘In my culture, we drink coffee in the mornings, after every meal, really on any occasion – whether it’s decaf or regular. It’s kind of a social thing – we mostly drink espresso. In New Orleans, I’ve yet to find a good espresso. Unfortunately, Starbucks has the best espresso I had here.’’

Nick: ‘‘I was raised with coffee – with milk and sugar, and you know. I know a lot of people drink for energy, I guess? Yeah, I don’t know – it’s less about the quality of the coffee, which I think is uniquely an American thing. It’s more about a ritual of drinking coffee in the morning.  We’d go to my grandparents’ house in an afternoon and have a cup of coffee with cake or something.’’

I asked Nick if he liked Café au Lait. He said no.

Anyways, time to try some coffee! 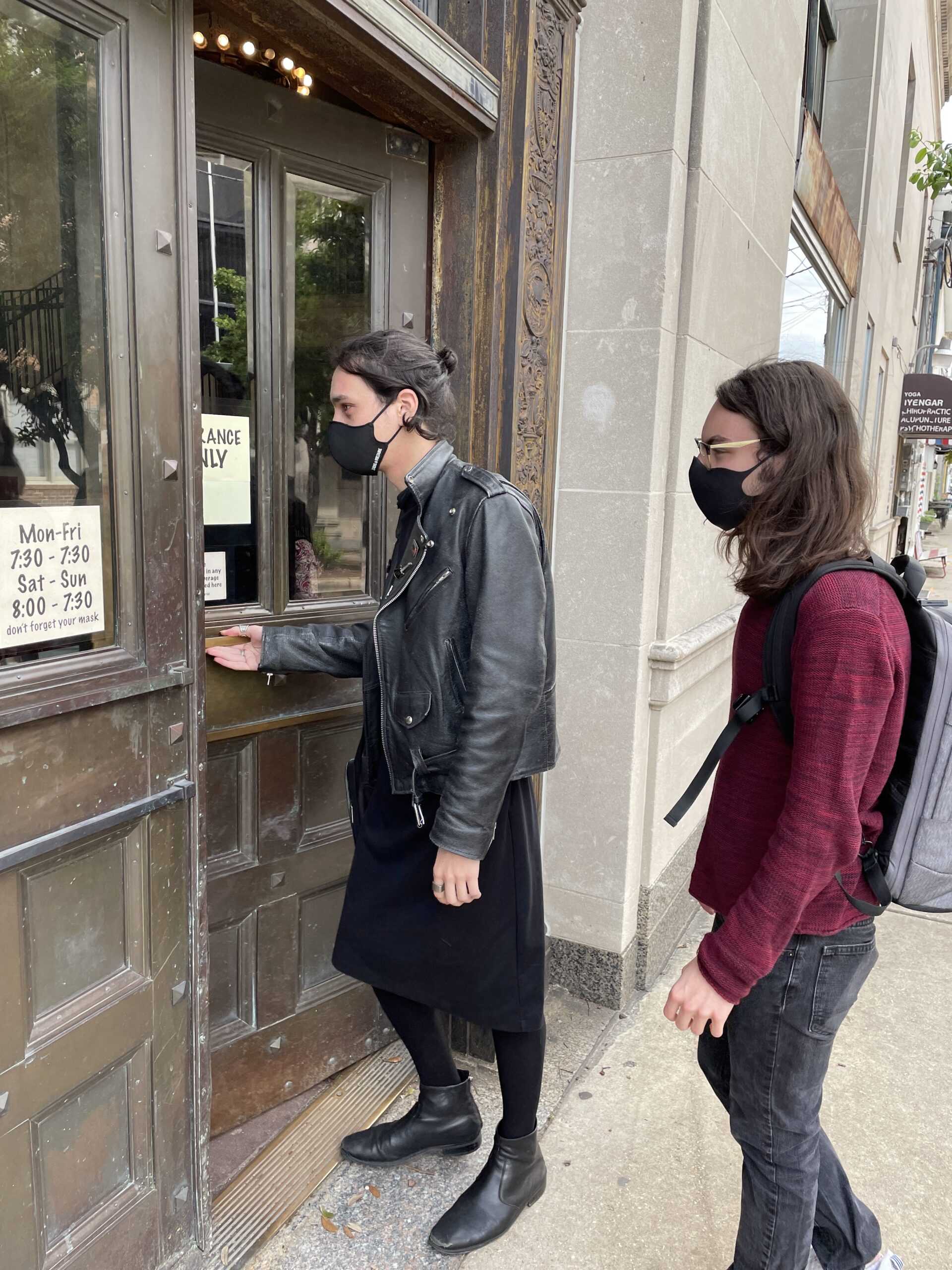 The entrance of Rue de la Course (Photo by: Emre)

Eliott got a Cappuccino, and Nick got a Hazelnut Latte. They both tipped generously 🙂

I asked them their first impressions of the coffee:

Eliott: ‘‘I got a cappuccino, because I cannot find a good espresso in New Orleans. It is lighter, it has actual taste – it’s not my favorite thing, but I enjoy it, umm, so yeah, it’s pretty good; but it’s not, I wouldn’t say it’s amazing coffee.’’ 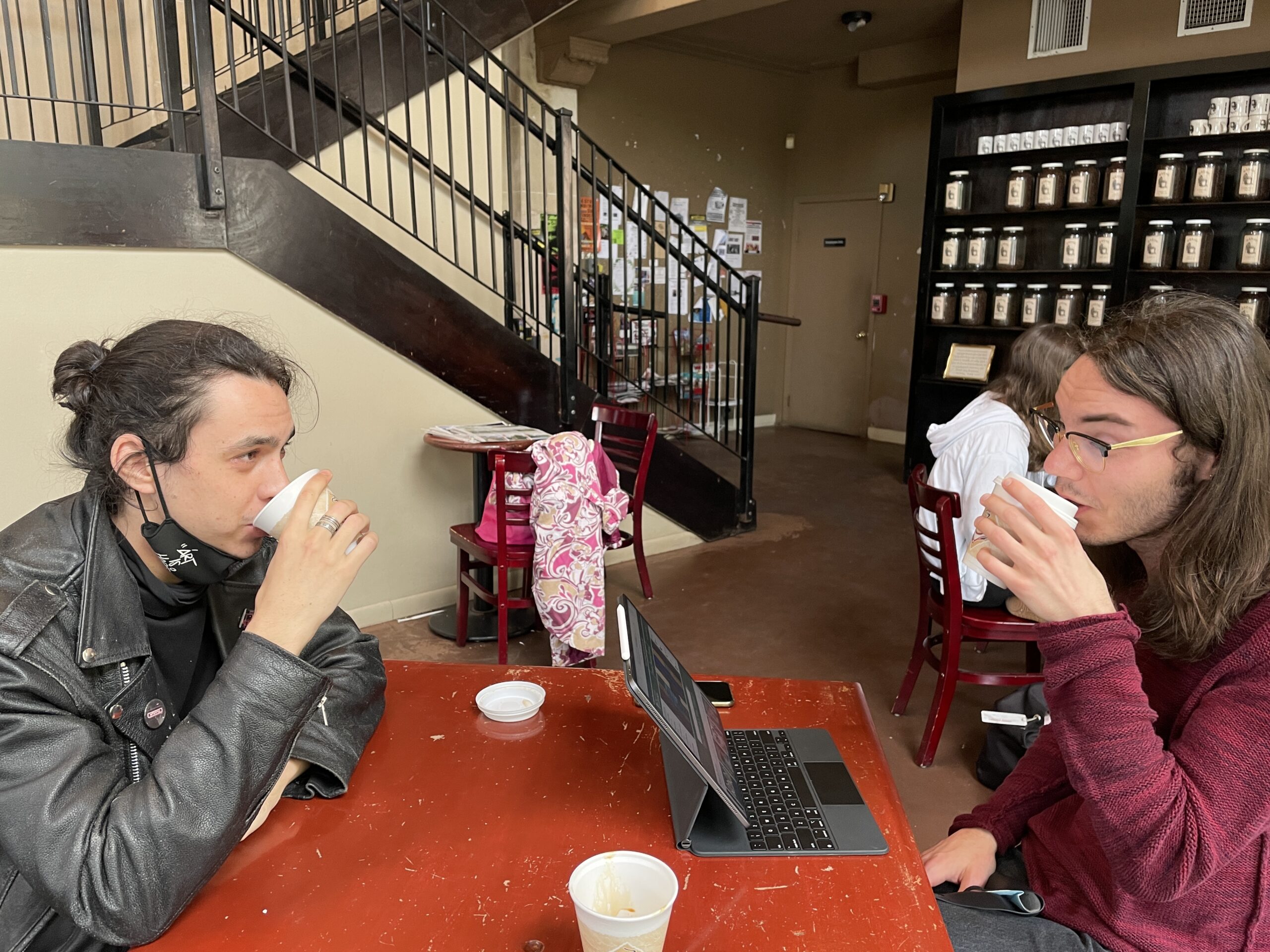 Nick: ‘‘It’s okay, it’s pretty good – in the afternoons I tend to like something a little sweeter – so, um, it’s good in that it’s not too sweet, you know? It’s a nice balance. But I guess it’s lacking in coffee flavor, it’s more just milk, but that’s just a latte so, I can’t really complain about that.’’

It was a pleasant conversation. We could feel that the coffee was slowly kicking in. Our conversation was gaining momentum and energy. It was time to head to Z’otz! 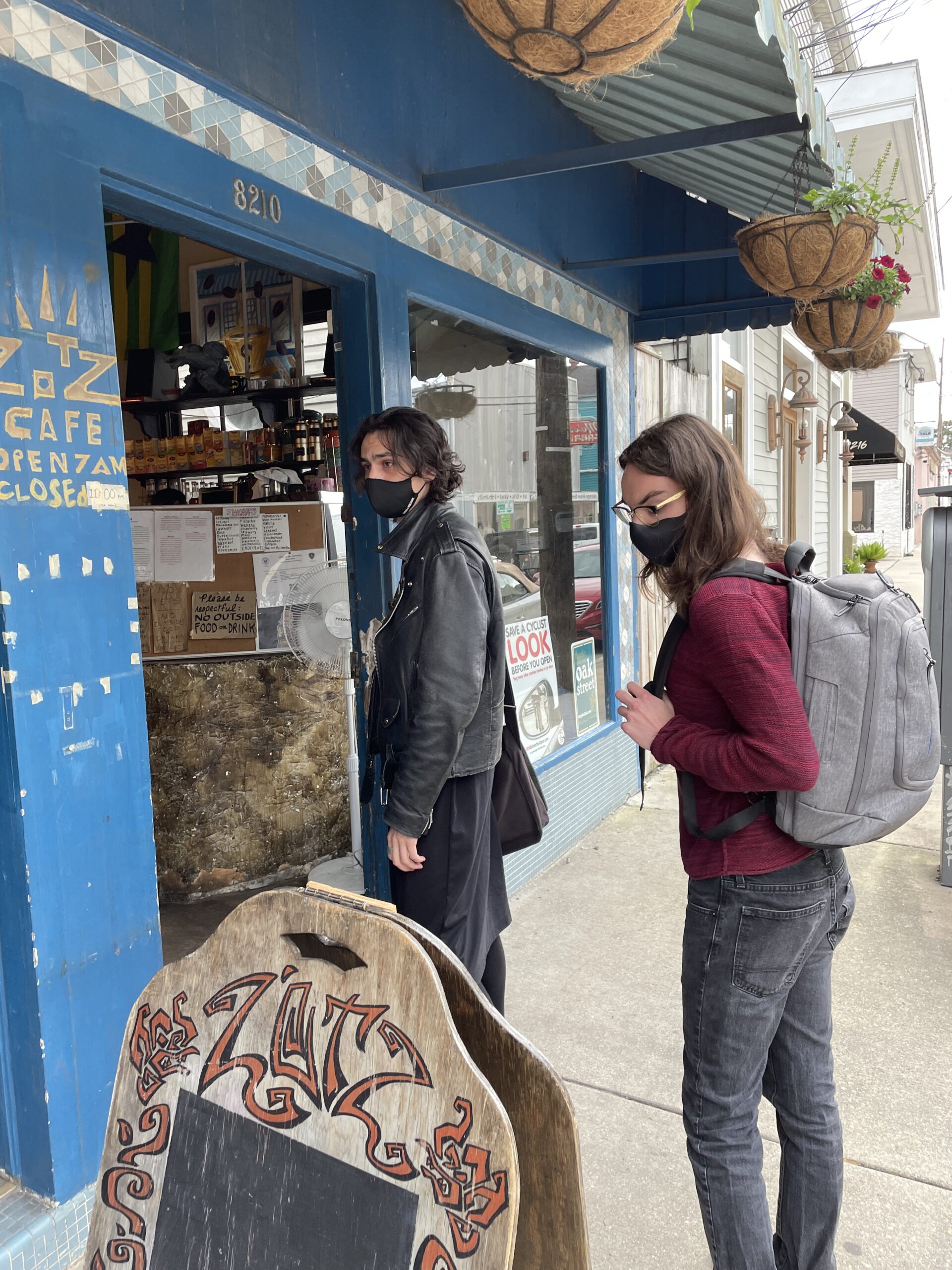 Entrance of Zots (Photo by: Emre)

Eliott got a cappuccino again. Nick followed suit, and got a chocolate muffin.

I once again asked their impressions:

Eliott: ‘‘I think the cappuccino from Rue de la Course was better than this one – this one has a little less flavor. But, generally, both have little flavor. I think there’s too much milk, um, they put too much foam in it – I think it’s just for the presentation of it. But yeah, I don’t know, there’s not much coffee in this.’’ 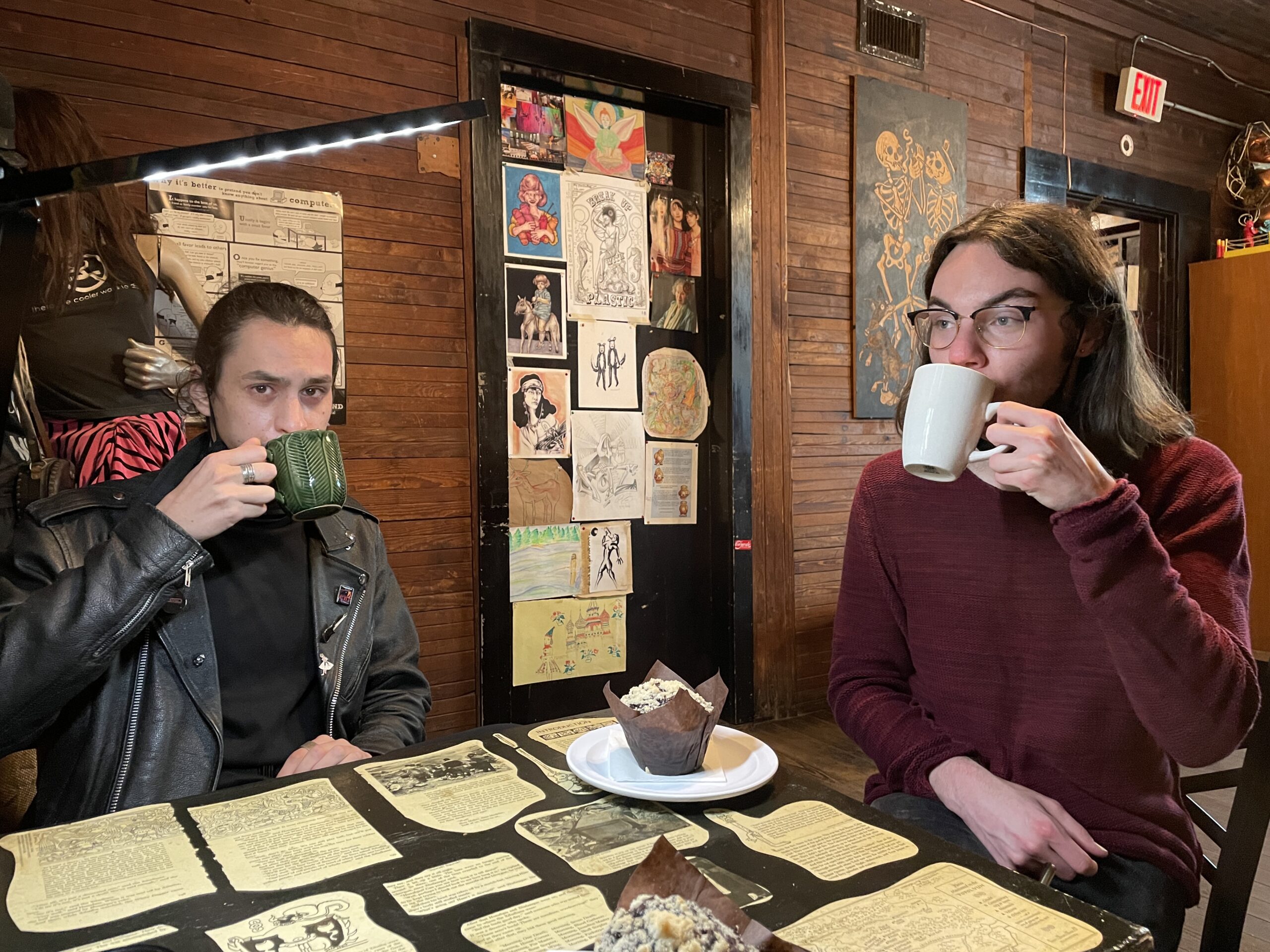 Inside Zots (Photo by: Emre)

Nick: ‘‘Um yeah, I would say similarly – I want a little more flavor out of it. But, um, it does the job. I like this more than the latte I drank at Rue de la Course – even though I prefer a latte.’’

Foam vs no foam? 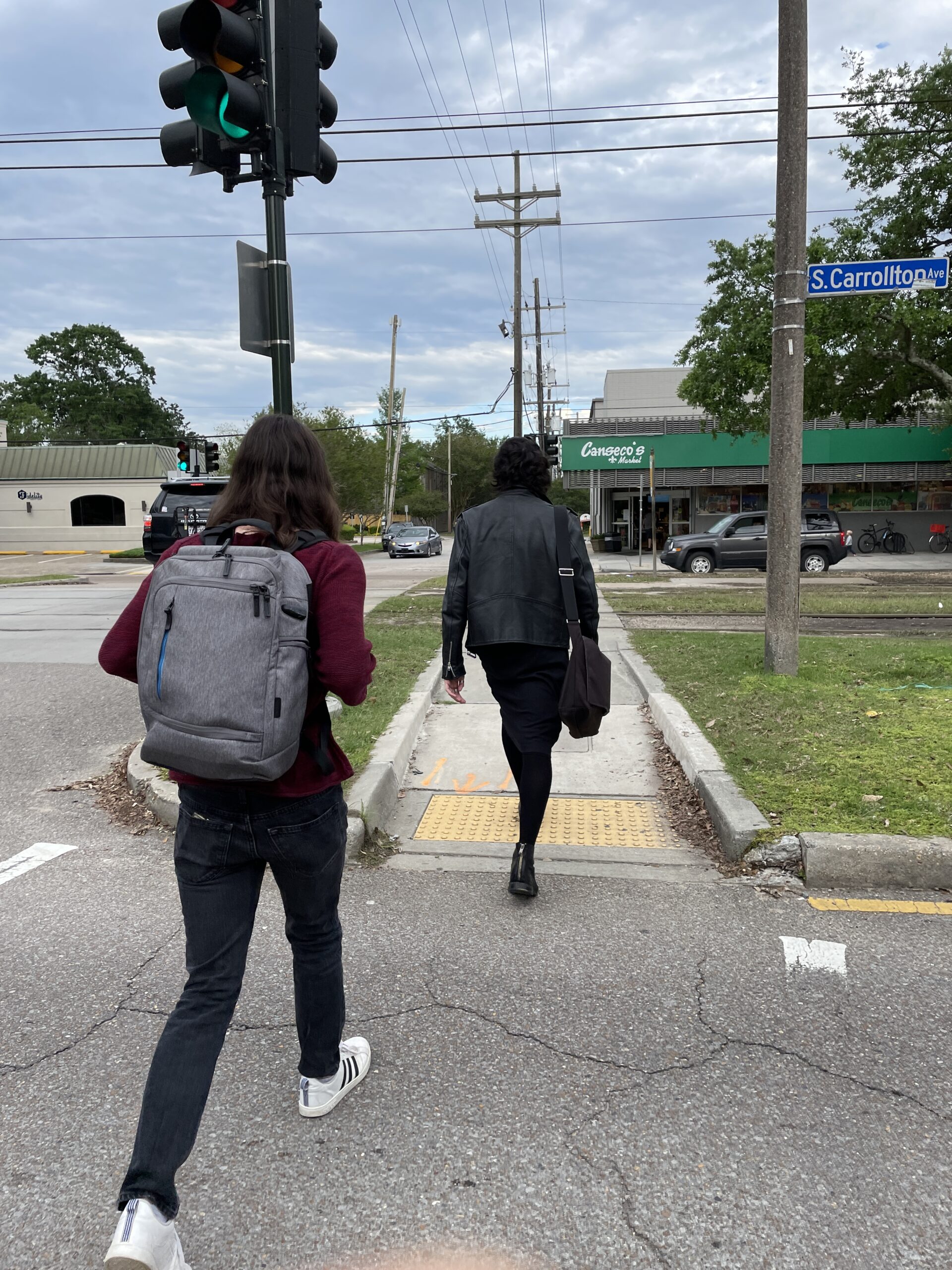 After all the coffee settled in our stomachs, we left Z’otz and walked back.

It was time to reflect on this journey!

I asked them to rate the coffee shops and the coffee out of 10. Here are the results!

Finally, I asked them to describe their experience in one word:

Eliott: ‘‘the experience was enjoyable, the coffee itself, was not very good. So in one word? Adequate.’’

I couldn’t have said it any better.

This piece is written for the Digital Civic Engagement course taught at Tulane University by Renee Peck and Kelley Crawford.