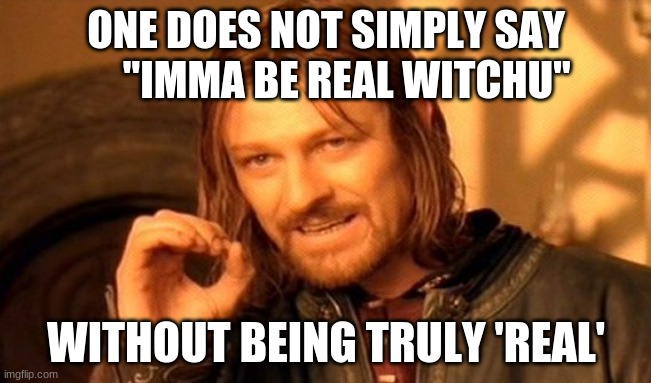 A meme created for my phrase. (Meme by: Joshua Wilson)

“Imma be real witchu” is simply a different way of saying, “I’ll be honest,” or “I won’t lie,” and it is a phrase that  is more common in the south (especially in urban areas). It combines a few examples of southern dialect with the use of “Imma” and “witchu.” “Imma” – – being a conjunction of “I’m and “gonna” – – is used in place of those words. “Witchu” is different in that regard since it’s not necessarily a contraction, but it’s more of an accent when those in the south say, “with you” to compliment the brief speech pattern of the south.

“Imma” is also used commonly by rappers to help them rhyme. “Imma” is one of the many southern words used to assist in rapping,

“Witchu” technically is one out of three versions of itself. It is technically a contraction of “with” and “you”, which is similar with its other variations “Watcha” and “Watchu”, but those are contractions of “what” and “you”. All of them are used in different contexts.