This article discusses the phrase “you out your body” that the author notes is typically used within Louisiana, as a whole. Its usage and entomology is discussed, as well as some fun facts. This was originally published on February 11th, 2021.

Phrase: “You out your body” 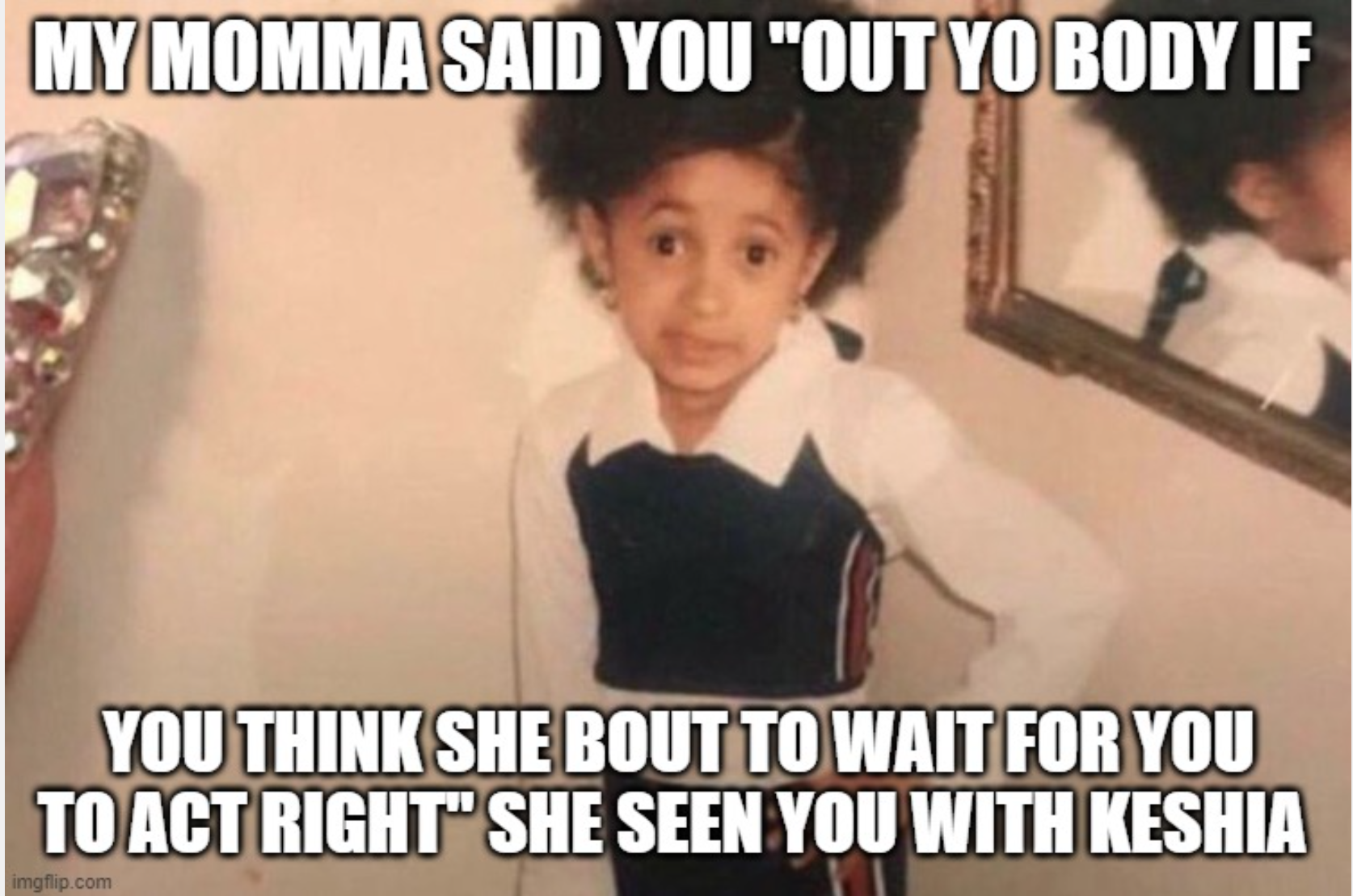 How to use “You out your body” (Meme by: Travis Hill Jr.)

Although the phrase “You out your body” can be used in the everyday language, of anyone, it is exclusive to the people who live in Louisiana (I haven’t heard it any where else.) It can mean that some one is intoxicated or enjoying themselves so much that they somewhere else.

Take, for instance, this scene: Let’s say someone is out at a Mardi Gras parade with their friends. If they had so much fun that they danced and sweat and kept going and going and then went home, fell asleep, and woke up the next morning not remembering the night, their friend would tell them “Girl, you was out yo body last night.” Then they would know they were going wild and having fun.

The influence of the word “out” in my phrase is brought on from the common usage of its definition of “away from a particular place.” It fits perfectly with the phrase in the way that it is used because the whole idea of the phrase is going “out” of yourself. The word “body” is and has been used to describe the corporeal existence of a person. Both “body” and “out” still represent the meaning of the phase. If you are away from your body, then that means your soul  –which embodies your body– is not in your body as it normally would be.

The word “out” comes from the word “outside,” which I find very strange; it is not ideal for the word “out” to come from “outside.” The word “outside” dates back further than “out” itself, which pretty much blows my mind. Since we are taught the idea of compound words at a young age, we grew up thinking that they are always separate before they were compound words. The idea that “outside” came first betrays what we knew — well, what we thought we knew — growing up.

This piece is part of the “Language Lab” series where Bard Early College (BECNO) students investigate the etymology of modern phrases to identify their roots.This series is part of the composition course taught by Dr. Jessie Morgan-Owens and Kelley Crawford.