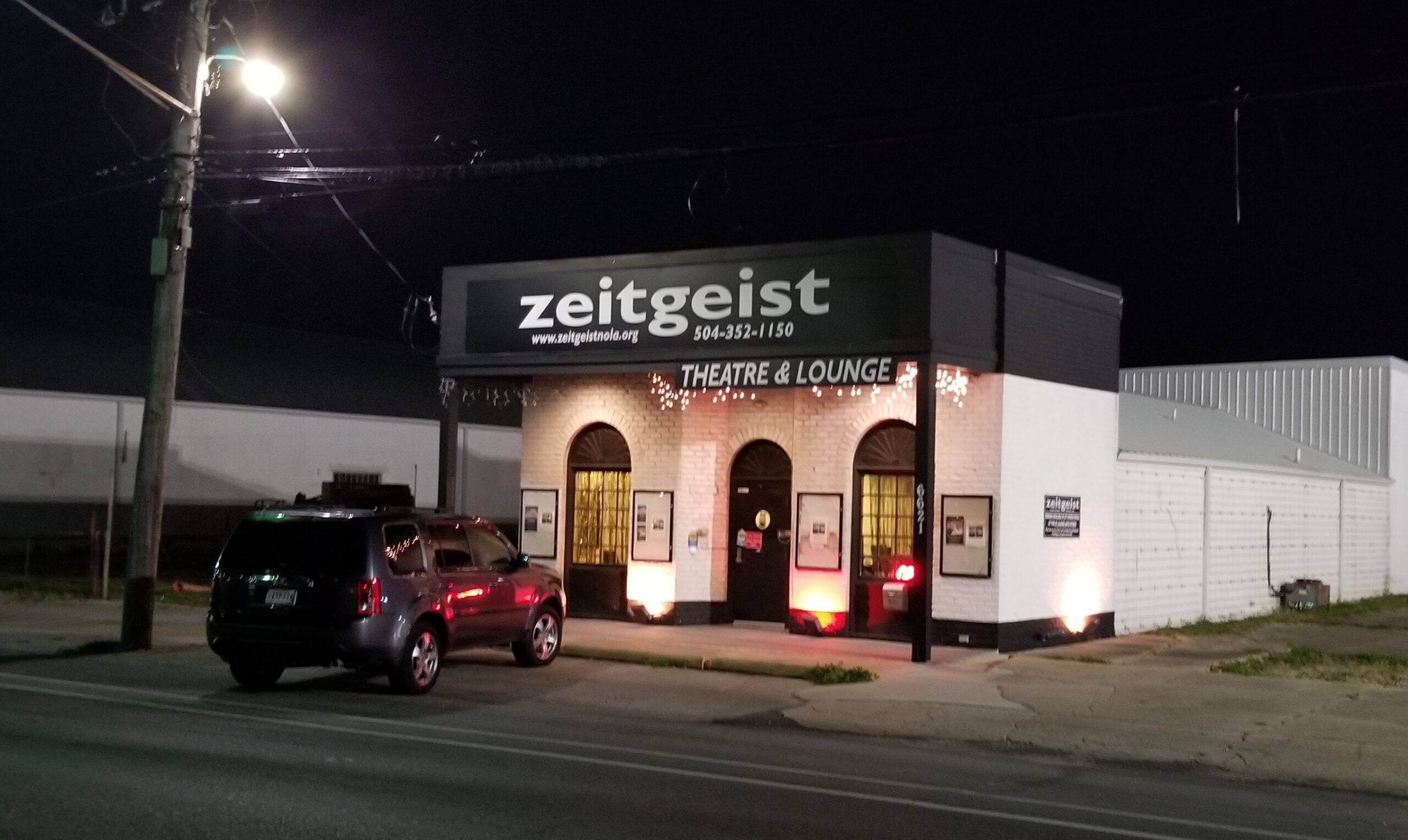 Zeitgeist Theatre and Lounge in Arabi. (Photo by: Mary Rickard)

Online streaming has changed the ways and ease with which we access films and television series, but there is still a lot to be said for going to an on-site movie theater. Maybe now is the time to get out of your pajamas and off the couch to safely see some thought-provoking cinema.

Personally, I’ve never liked multiplex movie theaters that seem like factories. (Heck, you can hear car crashes and gunshots through the wall from the theater next door!) The single-screen movie house is my pleasure. The ritual of selecting an interesting film and settling in with a bag of popcorn or a beverage is an indulgence we can still enjoy despite Covid-19.

Last night, I treated myself to a night out at the boutique Zeitgeist Multi-Disciplinary Arts Center in Arabi to see Days of the Bagnold Summer, a comedic exploration of middle-age doldrums and teenage angst in British suburbia. As I entered, a “crowd” of five millennials who’d just viewed Heartworn Highways, a nostalgic country music documentary, were leaving. “Nice to go to a movie theater,” one commented. While Netflix, Amazon, Hulu and other providers offer a plethora of online cinematic options, Zeitgeist still has an edge in quirky, foreign and music films you’d be hard-pressed to find elsewhere.

Zeitgeist is new to St. Bernard, but 35 years in the making. Founder Rene Broussard started the arts organization as an experimental theater troupe while working toward a BFA in the 1980s at the University of New Orleans. The emphasis later changed to alternative cinema with underground films presented in several different locations before establishing a home in the CBD at 1618 Oretha Castle Haley Blvd. where it was honored with the Mayor’s Art Award from the Arts Council of New Orleans. Zeitgeist moved to Arabi in March 2019, adding a cocktail lounge with full bar and hosting live music. 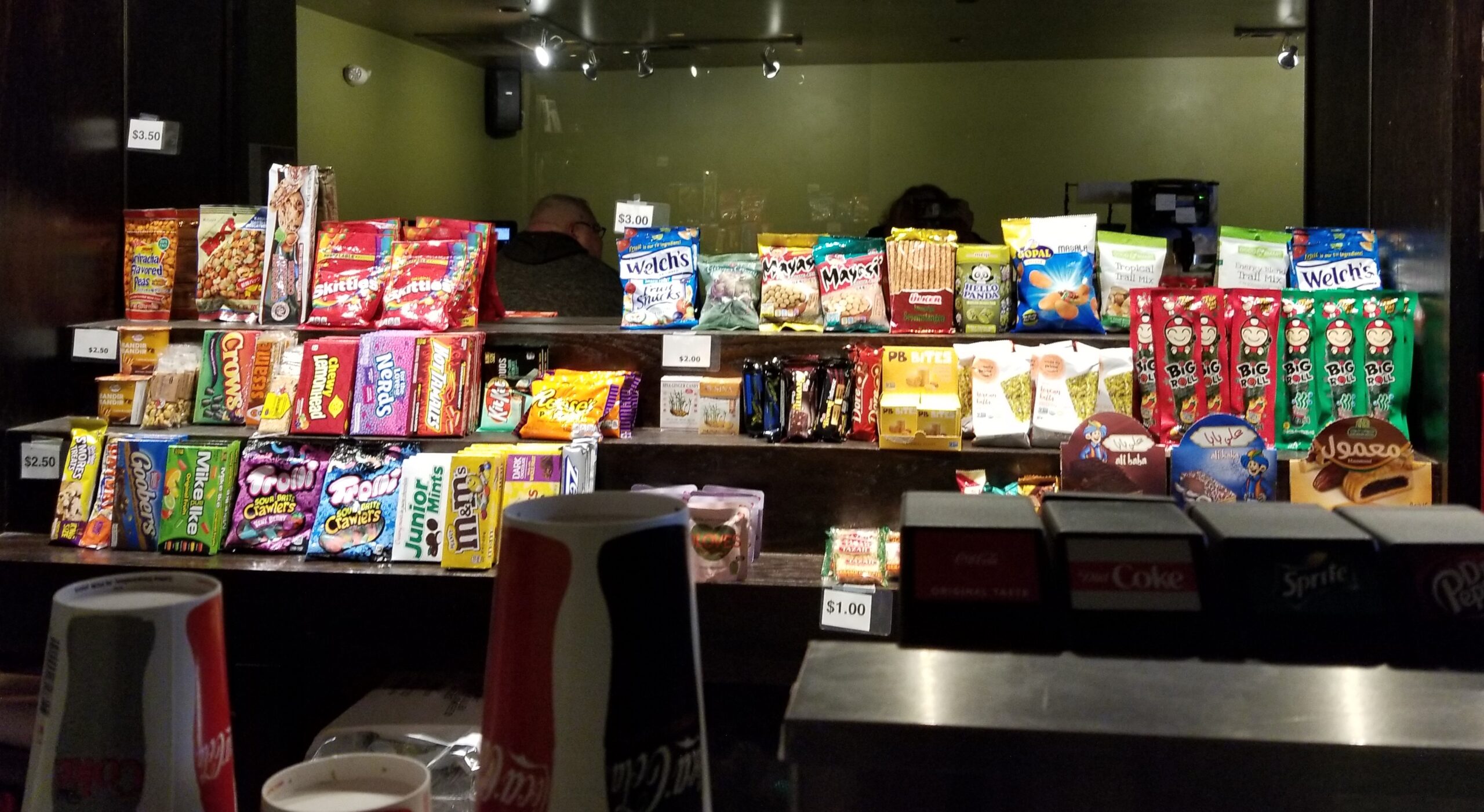 Signature cocktails you can sip in the theater include Gin Jarmusch, Dark and Stormy Daniels, Whisky Kurosawa, Lost in Translation, Federico Fellini, Kubrick Libre, Rye’s Wide Shut, Pulp Fiction, as well as craft beers. You get the theme.

To ensure the theater’s health and safety during Covid-19, Broussard installed two ultraviolet air scrubbers that continuously remove traces of virus, bacteria and mold from the ventilation system. He’s also created socially distanced seating on couches and chairs scattered around the auditorium. There are plans to create an adjacent outdoor performance space for live music, plays and film, hopefully by spring 2021.

Coming up soon are two French films, Un Film Dramatique, opening Feb. 26, and Keep an Eye Out, opening March 5. The latter is similar to the 1994 American documentary, Hoop Dreams, which followed two inner-city Chicago boys training to become professional basketball players. Produced by filmmaker Eric Baudelaire, Un Film Dramatique was shot by 21 middle-school students about their experiences over the course of four tumultuous years. The film touches on friendship, emancipation, trust, performance, and, in particular, the act of filmmaking for a generation raised by selfies and YouTube.

In its first American theater booking, Keep an Eye Out is a fast-paced, cop comedy by absurdist Quentin Dupieux. Rotten Tomatoes rated it 100% so you can’t go wrong.

Discounts are available for students, seniors and Zeitgeist members. See two films on the same night and save $4.

Many of these films and others can be viewed online, as well.

So, get off the couch! There is life beyond Covid.