Let’s talk about the banana

Editor’s Note: Taking a page from David Foster Wallace’s “Consider the Lobster,” writers in Kelley Crawford’s Alternative Journalism class at Tulane University chose objects that are rather ubiquitous. Then, they dove into the symbolic narrative those objects tell. Up next in the “Consider the _____” series is the banana, and it’s more than you think. 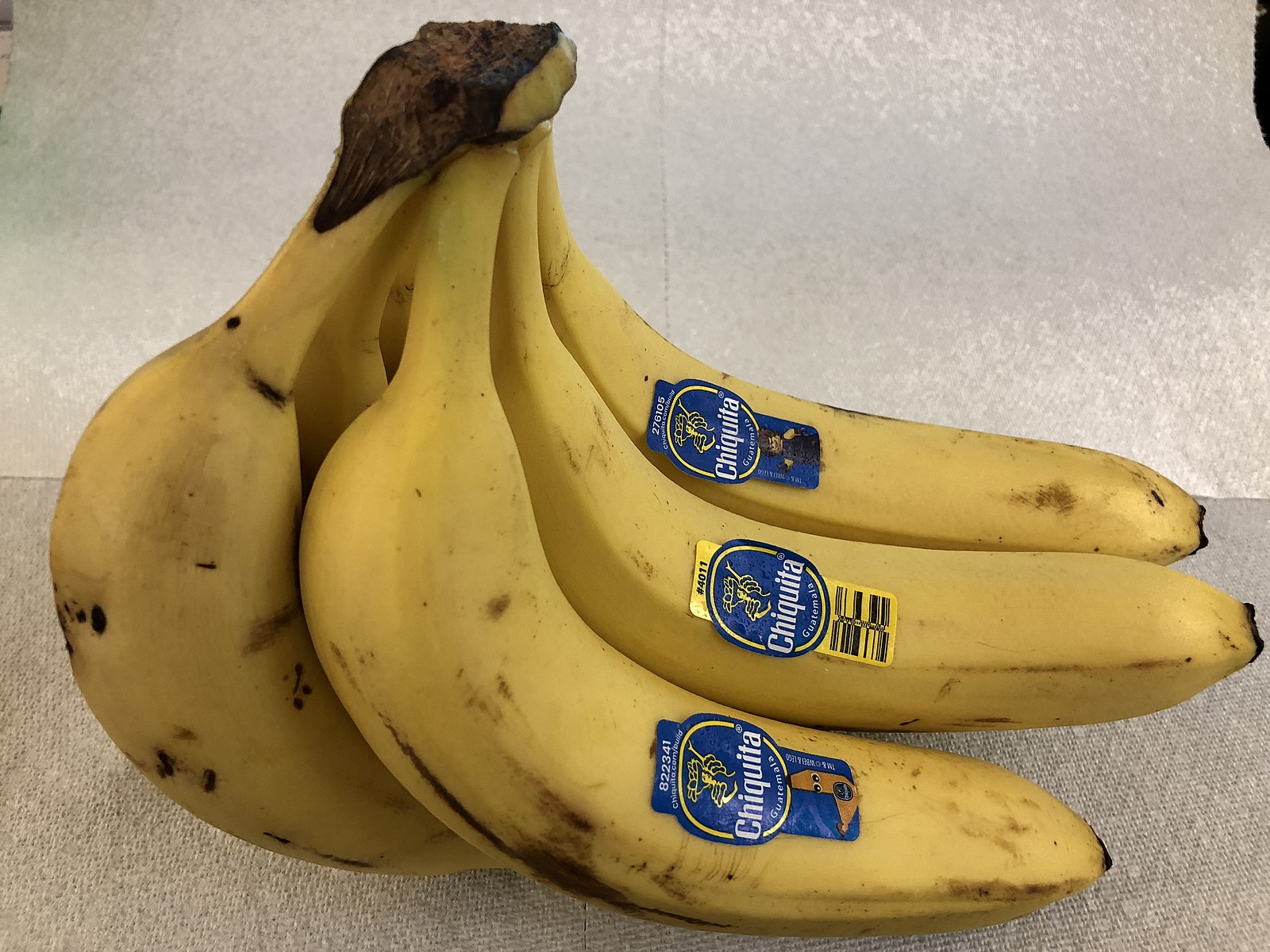 Chiquita Brands International was known as the United Fruit Company, one of the biggest fruit exporting companies in Central America. (Photographed by Famartin, Image from Wiki Media Commons)

New Orleans cuisine features bananas in one of its most classic desserts, the Bananas Foster. Bananas Foster originated at Brennan’s Restaurant in 1951 when the owner challenged the chef to create a dessert that included the new imported fruit at the time. The chef at Brennan’s flamed the bananas and added rum, banana liqueur and vanilla ice cream. This decadent dessert, however, is a stark difference of the economic exploitation the United States had over countries that exported bananas.

Bananas were introduced in the United States in 1870, when Lorenzo Dow Baker bought the fruit in Jamaica and sold them in Boston for 1,000% profit. People in the United States enjoyed the fruit because of its nutritional properties and because it was less expensive than apples that were grown in the country. At the time, 25 cents could buy a dozen bananas but only two apples. In 1873, with the growing popularity of bananas, Minor C. Keith established banana plantations in Costa Rica in order to export bananas to the Southeastern United States. Keith created the precedent for the later creation of big fruit corporations in Central America.

In the late 19th century three corporations dominated the banana exportation to the United States: the United Fruit Company, the Standard Fruit Company, and the Cuyamel Fruit Company. These companies were mainly based out of Honduras, a country in Central America, surrounded by the Caribbean Sea on the northern coast and the Pacific Ocean to the south. Honduras’ location was convenient for the exportation of bananas, and the stratified social classes made the exploitation of Honduran people easier for the big banana corporations. In Honduras, people called The United Fruit Company “El Pulpo” (“The Octopus”), because the company controlled every aspect of their lives, and sometimes Honduran politics.

The Standard Fruit Company, which would later become Dole Food Company, had its headquarters in New Orleans. Companies like Standard Fruit Company bought the best agricultural land from Central American countries for incredibly low prices by manipulating land use laws and employed the native people for low costs. This led to the formation of “banana republics”, where foreign companies owned 3.5 million acres in the already small Central American countries. These land holdings allowed the foreign corporations to manipulate the governments of the small countries. 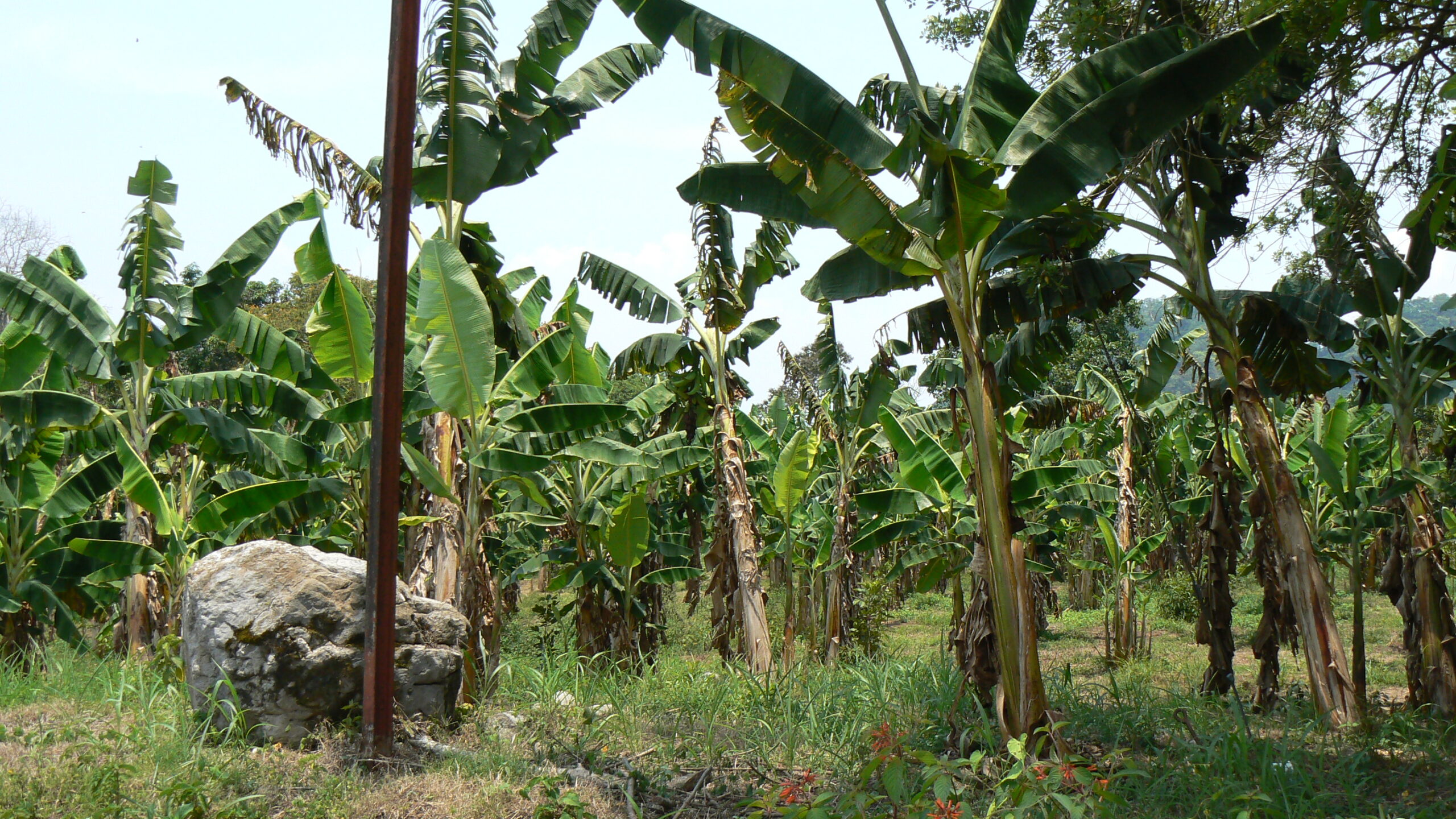 Honduras’ climate is ideal for growing bananas and other fruits (Photographed by Matt Jessell, Photo from Flickr)

Honduras in particular suffered from the colonization of banana corporations and their manipulation of the country’s government. An American businessman named Sam Zemurray bought 15,000 acres of land in Honduras and established the Cuyamel Fruit Company, where in 1911 he planned to overthrow the government with the former president of Honduras, Manuel Bonilla, and an American mercenary named Lee Christmas. The three helped overthrow the civil government of Honduras and installed a military government that would cause many Hondurans to flee the nation and migrate to the United States.

Most Hondurans came to New Orleans in 1960s escaping the military coups that resulted from the banana companies. During the same years, several floods hit Honduras and displaced many people. With the government being controlled by foreign fruit corporations, the Honduran people received little help and fled to New Orleans as well. The first wave of Hondurans moved to the Garden District where they built their new community in the United States, and by 2000 people from Honduras constituted 24% of the people of Latin American origin in New Orleans. Though this is less than one fourth of the Latin American population, the Honduran population in New Orleans is quite large for the size of the country since, for reference, Honduras has a population of almost 10 million while Mexico has a population of 126 million. 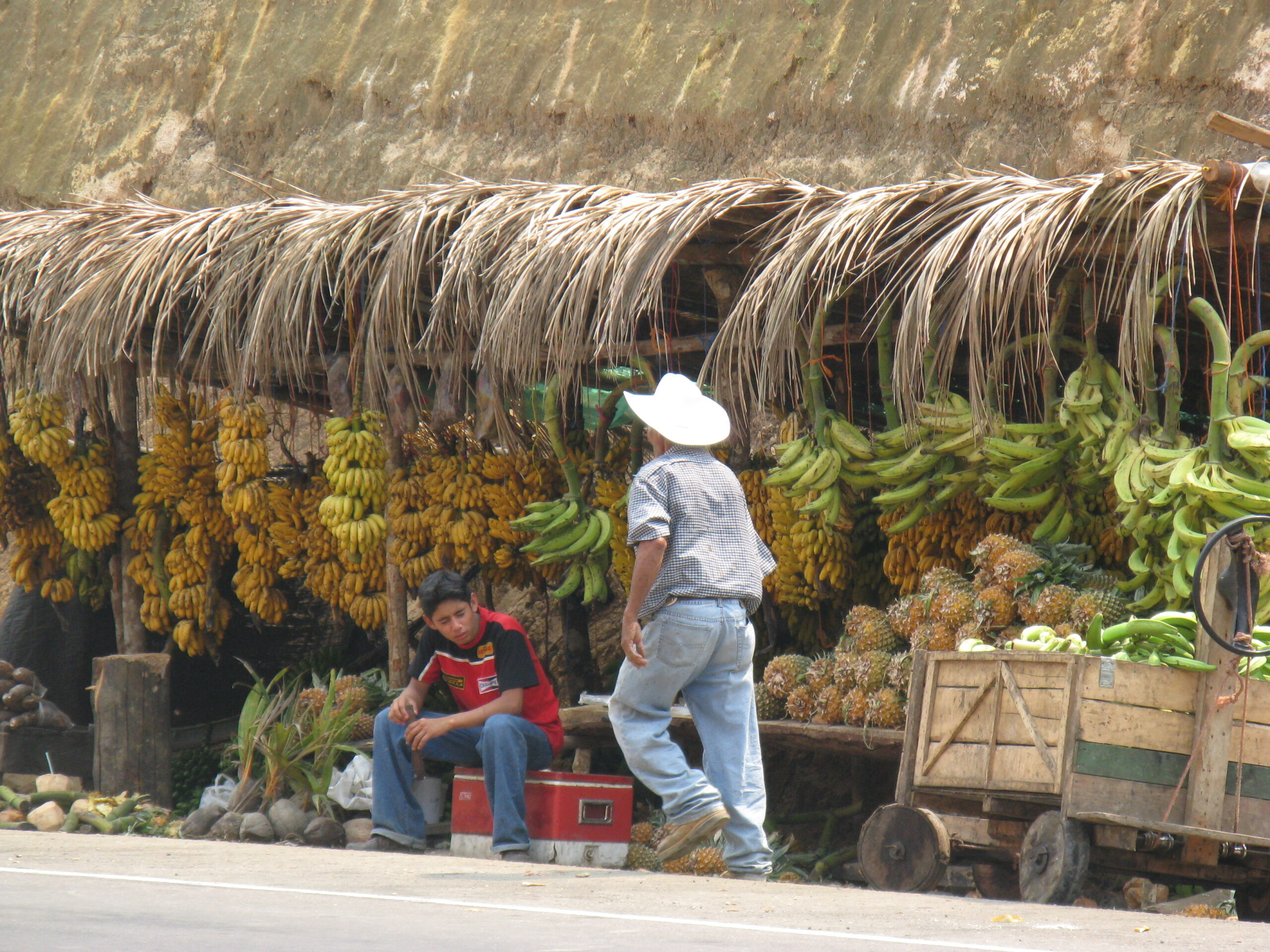 The banana corporations placed a precedent of political corruption in Honduras that has led to gang violence, poverty, inequality, and extortion. These conditions cause the people of Honduras to seek refuge in the United States, but unless it is for the benefit of the U.S, they are not always accepted with open arms. After Hurricane Katrina in 2005, the Bush administration allowed immigrants from Central America and Mexico to help rebuild the city of New Orleans without the risk of deportation and with the promise for a path to citizenship. Over 10,000 people from Honduras and Mexico moved to the city to work, but many of them were unable to obtain citizenship status. Denis Soriano was one of the immigrants from Honduras who came to New Orleans to rebuild the city. He explained that there was a lot of opportunities for everyone to work and how immigrants had to endure psychological trauma from crossing the Mexican border. At a business forum in October 2005, the Mayor of New Orleans bluntly said, “How do I ensure that New Orleans is not overrun by Mexican workers?”  Later in 2016, President Trump’s campaign focused on the deportation of immigrants. During the Trump administration, the President called immigrants from Mexico and Central America “animals,” but in New Orleans most of the immigrants from Central America and Mexico were seeking refuge from the political instability caused by American corporations more than a hundred years ago.

As someone who is the product of immigration from Mexico, I see how close the Honduran community is in New Orleans through their festivals (Que Pasa Fest), restaurants (Sabores De Mi H; Beraca Restaurant), churches (Iglesia El Buen Pastor), and news outlets (Jambalaya News). My good friend Paola is a first-generation immigrant from Honduras and calls New Orleans her “home” and is grateful that most of her extended family from Honduras is in New Orleans as well. New Orleans has the largest population of Honduran people in all of the United States, but many people assume they are from Mexican descent or neglect to understand why the Honduran population is high in the city. 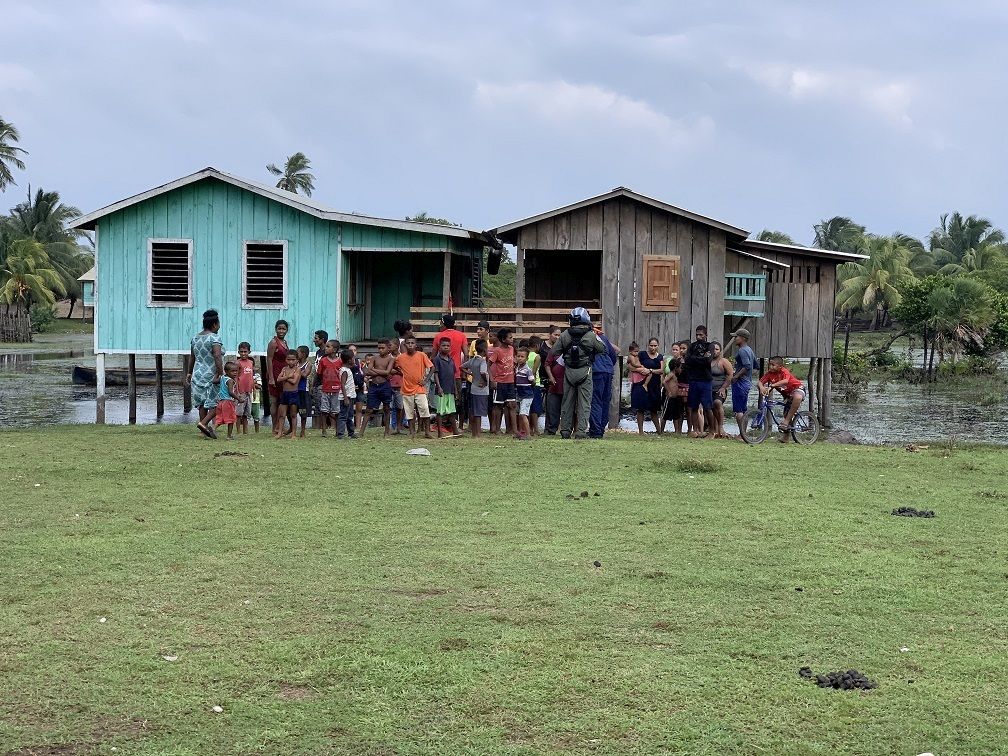 The vast majority of the Honduran community in New Orleans is a result of big fruit companies monopolizing the market and exploiting the nations of Central America. Though crime rates are declining in Honduras, the country still has the highest murder rate in the world. In addition, natural disasters, such as Hurricane Eta, and the lack of support from the government leave the people of Honduras in a difficult situation where they have to rely on their own community. Though thankfully, Hondurans and other Latin Americans in New Orleans have stepped up to help with donating and rebuilding parts of Honduras that were badly hit by the Category 4 hurricane on November 4th, more than one million people are displaced in Honduras due to this natural disaster.

In the past, the Honduran government has prioritized profits from foreign corporations, but my hope is that the wellbeing and safety of the people are put first. Chilean poet Pablo Neruda once wrote, “Reserved for itself the most succulent/ the central coast of my own land/ the delicate waist of the Americas,” when criticizing foreign corporate political control of Latin American countries and the formation of these banana republics. With so much at stake, my hope is that we consider why the banana is so insignificant to American society yet has caused the foreign political dominance of Central American countries.