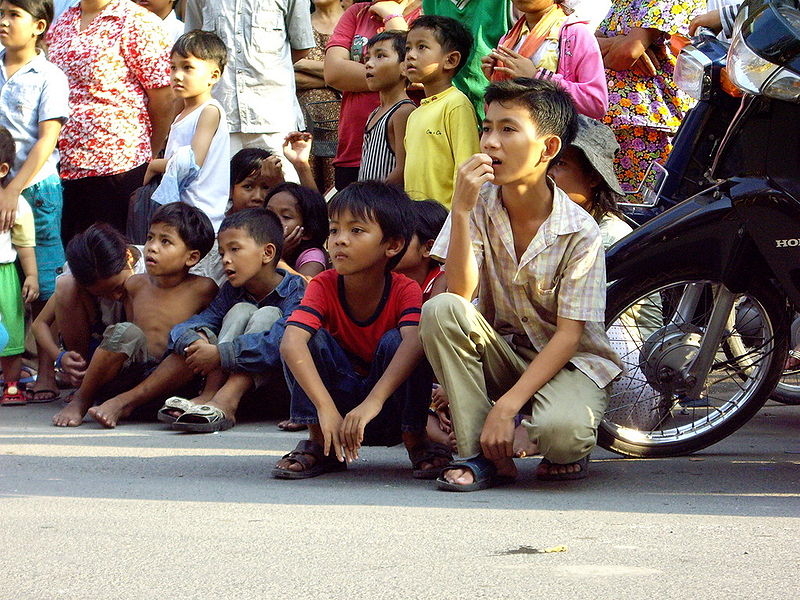 Kids from all over the world are adopted (Photo: Wiki Commons)

It’s the year 2000 in China and a small baby girl, probably only days old, is left in a basket on a busy street. Her only chance for survival is to be brought to an orphanage and hopefully adopted by a loving family.

Unfortunately, this sad occurrence used to happen all too often back when China still enforced its one-child policy. Luckily, many of the children who were abandoned in situations very similar to the one described were adopted by families in the United States — myself included. This personal relationship with international adoptions inspired me to research the process and people’s experiences with adoption further.

After deciding to explore this topic, I was introduced to a woman who is now a mother of two adopted children. Her first child, a girl, was adopted at birth as domestic adoption. Kiersta, the mother, describes the relationship with the birth mother to be a very compassionate and healthy one. It allowed all the parties involved to benefit from the process and helped bring a baby girl the best life she could have given the circumstances.

Kiersta’s second child was a product of international adoption, like me, and is loved and cared for just as much as her first child. Adopted from China at the age of two years old, Leo was adopted into a loving family and brought back to the United States to grow up with his new mother, father, and sister.

Despite the two children’s very different adoption stories, they are both beloved members of their family and community and get along together. Kiersta told me many stories about the two, and how she is constantly amazed and filled with gratitude that her family was able to come together. When speaking with her, she repeatedly remarked on how amazing it is that a family of four different people from four different places was able to come together, love one another, and truly be a family.

Kiersta was not the only person who was able to shed some light on what it’s like to be part of an adoption. A social worker from Volunteers for America Southeast Louisiana spoke with me about the adoption process and how many people have been able to benefit from it over the years. The organization works with both birth parents and adoptive parents to organize open adoptions that have the best interests of the children in mind.

Some parts of the adoption process include background checks, house visits and approvals, and inquiries about the adoptive parents’ personal lives. This can even include a questionnaire asking about how an adoptive parent might plan on raising his or her child.

One of the most important things that both birth and adoptive parents need to understand when thinking about adopting or putting a child up for adoption is that adoption is a permanent decision. Even in open adoptions when the child knows about his or her birth parent(s), that doesn’t mean that the decision can be reversed and that the birth parent has any rights to the child.

While many people have heard of adoption, most aren’t very informed about the process unless they are close with someone who took part in one. With increased awareness about the matter, more people may be able to form amazing families that might not have otherwise existed.

To learn more about adoption and to view an interview with Kiersta please visit this website.

“When the Spirit of New Orleans Calls You Here, You Answer”: A dive into the life of a spiritual New Orleanian
Extra/ordinary
We use cookies to ensure that we give you the best experience on our website. If you continue to use this site we will assume that you are happy with it.Ok