Sports and nuns, they’re more connected than you think 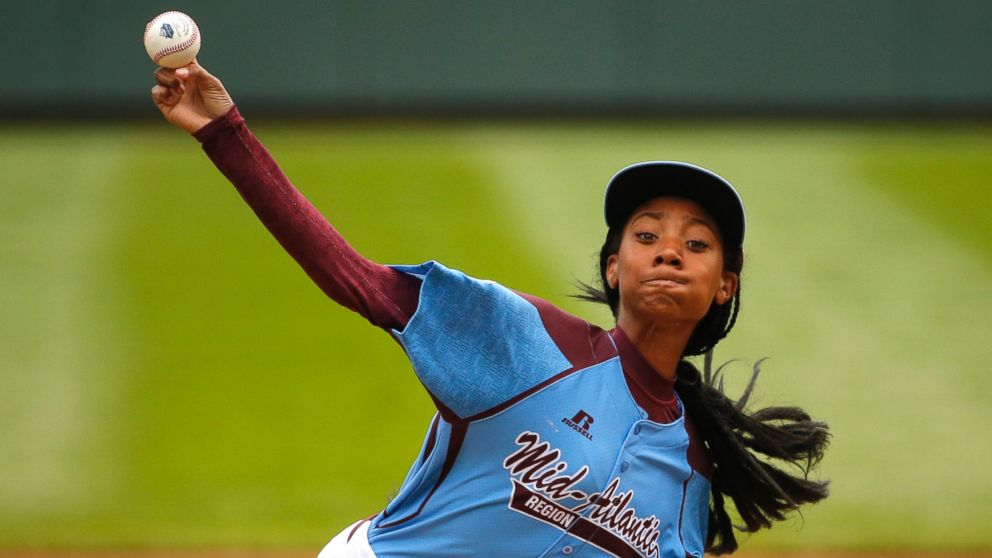 First pitch, fastball. Swing and a miss. Second pitch, fastball. Swing and a miss. Third pitch, curveball. Called strike three! Jaws dropped, as an eerie silence took over Lamade Stadium at South Williamsport, PA. Everyone watched as 13-year old Mo’ne Davis was two outs away from being the first female pitcher to throw a complete game shut-out in the Little League World Series (LLWS). How did a 13-year old girl from South Philly capture the nation by storm and knock NBA MVP, Kobe Bryant off the national cover of Sports Illustrated?

The story begins in Philadelphia at the end of the 2008 little league baseball season. Steve Bandura, the coach for the Anderson Monarchs Little League Team had just finished coaching his 10-year old all-boys team in a home game. As the kids left the field to go home, Bandura was raking the infield on a tractor — as all coaches do after playing at home. As he drove by the 3rd baseline, he noticed a little girl, whom he had never seen before throwing a football with an older boy. She stepped back and let it loose, hitting the boy straight in the chest. Perfect spiral. Bandura stopped the tractor and watched for a minute. She dropped back again, and threw it, but this time with some heat. Over and over again, the little girl threw perfect spirals as if she had been throwing a football all her life. Bandura walked over to the little girl and asked her what her name was. “Mo’ne,” responded the little girl. “How old are you,” asked Coach Bandura. “7 years old,” responded Mo’ne. 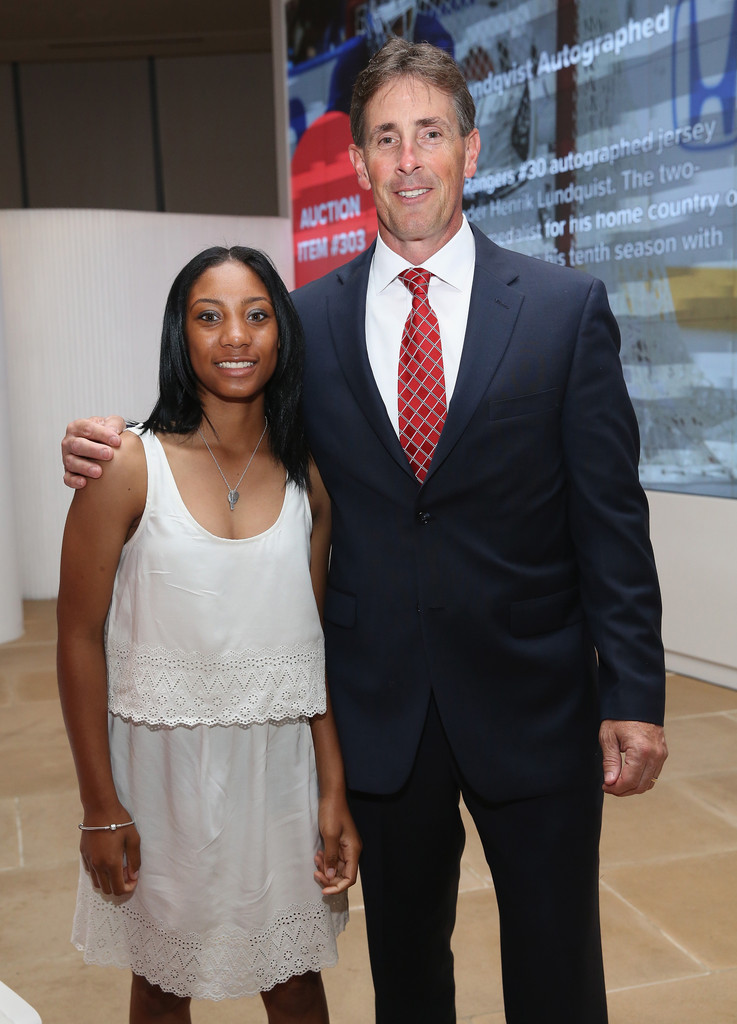 Bandura told her that he was starting a new Monarchs basketball team, and despite being an all-boys team, he told her that if she was interested, he would love to have her. A few weeks later, during one of their practices, Mo’ne showed up and a smile crossed Bandura’s face. The boys were practicing the three-man-weave drill which they’d been working on for a few months to get it down right. Recognizing the difficulty of the drill, Bandura told Mo’ne that she could sit this one out and watch. “No, I think I want to try it Coach,” said Mo’ne. She went to the second row and watched the boys in front of her do the drill, processing every pass like a point guard in the NBA. Then it was her turn to go. She passed the ball to the boy on her right, and Bandura realized that he had something special. A drill that had taken the rest of the team two months to practice and do it right had taken Mo’ne ten minutes to figure out. As the season continued, young Mo’ne developed into a stellar point guard, impressing Bandura with her court vision and basketball IQ. He even went as far to call her, “one of the best point guards [he’s] ever seen.”

Her days of making boys look like fools didn’t end with basketball season. Bandura had a feeling that Mo’ne could be good at baseball too. She had never played baseball in her life, but she wanted to try it, so the next morning, Bandura took her to the same field where he had met her for the first time and handed her a glove. Usually, when someone throws a baseball at a person who has never caught one with a baseball glove, their natural instinct is to turn their glove with their palm facing up. The ball then hits their palm, then their face, and leaves a bruise that says, “I just learned how to catch a baseball.” So, when Bandura threw the ball at her for the first time, he winced knowing what was about to happen as the ball neared her face. Mo’ne, however, looked the ball into her glove and threw it back to him as if she was a second baseman finishing a double play.

It wasn’t long before Mo’ne was throwing runners out at 2nd base from her knees, a move that a lot of baseball catchers learn much later in their baseball careers. Her pitching was sensational as well. As the season progressed, Mo’ne took her team to South Williamsport, making her the first African American girl to play in the nationally televised Little League World Series. MLB stars Cody Bellinger, Todd Frazier, Scott Kingery, and many more all walked the diamond in South Williamsport just as Mo’ne was about to in 2014. During the game between Philadelphia and Nashville, she struck out 8 batters, allowing only two hits and zero runs, capturing the attention of every sports fan in America.

Tweet by former first lady, Michelle Obama about Mo’ne pitching a shutout in the LLWS (Photo taken from Twitter)

The last part of Michelle Obama’s tweet is exactly what Davis proved. “When girls succeed, we all succeed.” Just look at the city of New Orleans. New Orleans would have never succeeded as a society had it not been for the work of the Ursuline Nuns. In July of 1727, King Louis XV of France sent 14 women to provide education for young girls of wealthy families in New Orleans. When the nuns arrived however, they were shocked at what they saw. The city was a mess, education was poor, and disease was rampant. The nuns established Ursuline Academy, which was the first boarding school in Louisiana. They also established the first hospital for poor sick people. During the War of 1812, the nuns turned various classrooms in Ursuline Academy into an infirmary which aided wounded soldiers when no one else would. Sister Francis Xavier, an Ursuline Nun became the first pharmacist in New Orleans, providing citizens with somewhere to get medicine when they became sick. The Ursuline Nuns even established the first music school in New Orleans, foreshadowing the role of music in New Orleans culture. 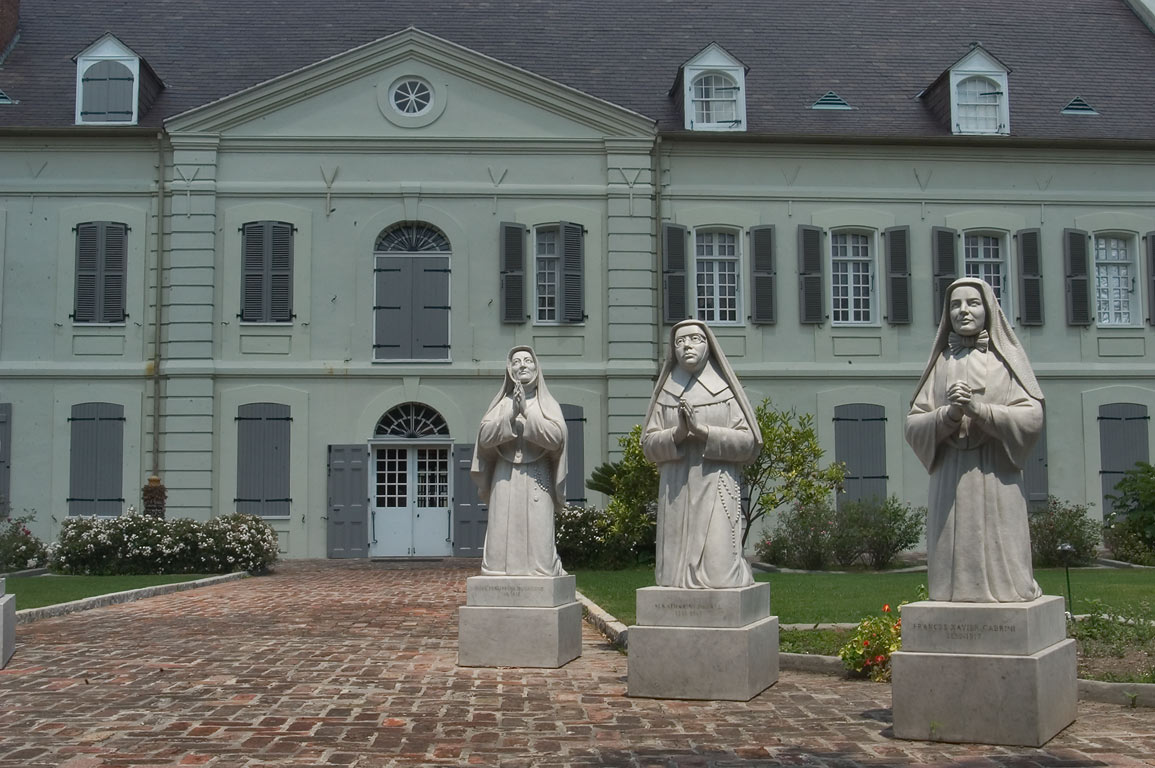 Photo of the Ursuline Convent where the Ursuline Nuns of New Orleans lived and worked (Photo by Christine M. Grote)

So, it’s puzzling when people say, “You throw like a girl!” What does that phrase mean? The phrase implies that your throwing ability is somehow inferior. The same goes with when we Eagles’ fans call the Dallas Cowboys, our biggest rival, the Dallas “Cowgirls”. Throughout the course of daily conversation, it is very easy to slip into saying these phrases because for so long, the work of women has been greatly undervalued. But just like Mo’ne Davis or the Ursuline Nuns, as Michelle Obama said before, “When girls succeed, we all succeed.”

This piece is part of the “Digging Deeper” series, which is a project of the Alternative Journalism class at Tulane University that is taught by Kelley Crawford.

Life beyond Covid #2: City Park’s Botanical Gardens
Parks and Outdoor Leisure
We use cookies to ensure that we give you the best experience on our website. If you continue to use this site we will assume that you are happy with it.Ok