Imagine you’re a black trans women in New Orleans. Policies are in place to hold you back and you do not have autonomy over your body. You are criminalized and villianized just because of the color of your skin and sexual orientation. Now imagine you are a black women who has just been diagnosed with HIV. Treatments are expensive and let’s face it: the doctors have more “important” people to tend to. The systematic oppressions that black women and the black LGBTQ+ communities face every day are often overlooked due to the south’s racist undertones that still linger through the states. In New Orleans, Women with a Vision organization, led by Deon Haywood, seeks to fight for this oppressed intersectional community of black women on a local and national scale. Her ability to persevere with her own struggles in life has allowed her to share the stories of others.

In the early 80’s the epidemic of a newly found disease HIV/AIDs spread across America. The disease, although nondiscriminatory, seemed to affect some racial and ethnic groups more than others, specifically harming black women and trans women. With each sexual and drug encounter, the black community with high rates of HIV saw a rapid incline in their community which resulted in further discrimination and a stigma towards their ethnic group. People attributed the uprising of HIV in these communities to their character and reckless behavior rather than the actual root of the problem of being unequal health care, criminalization of drug use and harsh prostitution laws. The black community accounted for 42% of HIV diagnoses and were only 13% of the United States population. It is no wonder that a disease that thrives on poverty, sexual stigma and inequality would specifically flourish in Louisiana, since it is one of the poorest and least educated states in the country. More than half of the New Orleans 350,000 residents live in or near poverty and the city has the second-highest rate of homelessness in the US. The cities lack of care for these marginalized groups is shown through their little investment into housing, health care and support services that are provided. People struggling for basic human necessities turn to dangerous sex work in order to make money and often times drug use to cope.

With religion and conservative politics leading the states decisions, there were and still are discriminatory laws and policies that ensured the oppression of the black community, resulting in a lack of aid during the initial spread of HIV. State criminal laws in New Orleans were designed to block rather than facilitate public health approach to sex work and injection use. Louisiana prohibits sale and distribution of syringes, resulting in high transmission of HIV through dirty needles and criminalizes people who need intervention programs. Louisiana’s “crime against nature” laws on prostitution are the main component to oppressing these groups. Using condoms as a source of evidence to catch sex workers has led to women and trans women to neglect carrying condoms and risking HIV when performing sexual acts in fear of getting caught and going to jail. These two examples of discriminatory laws are only a glimpse of how the state criminalizes the already oppressed groups and ineffectively addresses the HIV epidemic within the black and trans community.

In the late 1980’s black women who were abusing drugs, were blamed as “welfare queens” resulting in revoke of their social safety net. Through the combination of drug usage spreading HIV and a repeal of health benefits, it created a perfect recipe for the death rates to rise among black women. 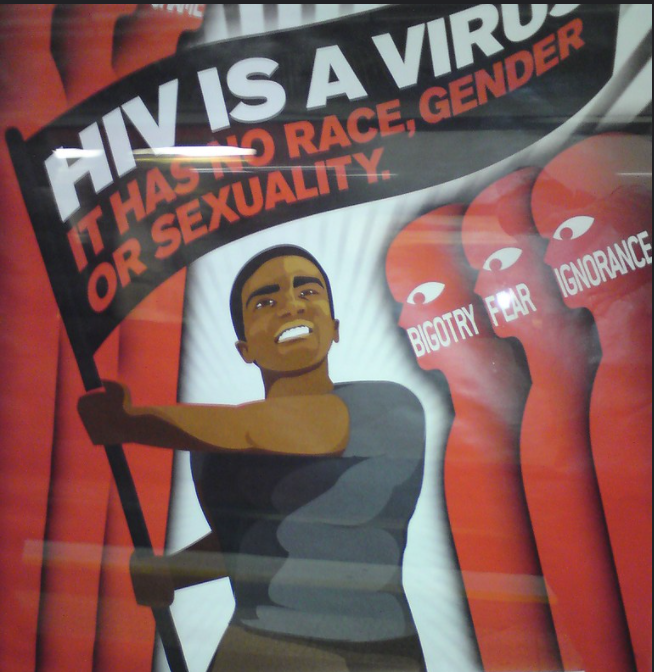 The systemic poverty and targeted criminalization in New Orleans were the driving force in black women’s susceptibility to HIV but did not stop at this certain health crisis. Two women by the names of Danita Muse and Catherine Haywood came together to start what is now known as the Women with a vision program to ignite change and give a voice to this community that was silently struggling.

Almost 30 years later their legacy lives on with Deon Haywood, the executive director of Women with a Vision, has been devoted to the socio-economic and health disparities of the black female and LGBTQ+ community. Not only does Haywood continue to grow her business and enact real policy change, she holds true to tradition of the pioneers of Women with a Vision as well as never giving up on her passions and growing her family’s organization despite obstacles thrown her way. Her ability to unravel the stories of others and persevere through her own life battles is what makes this organization so unique and successful. 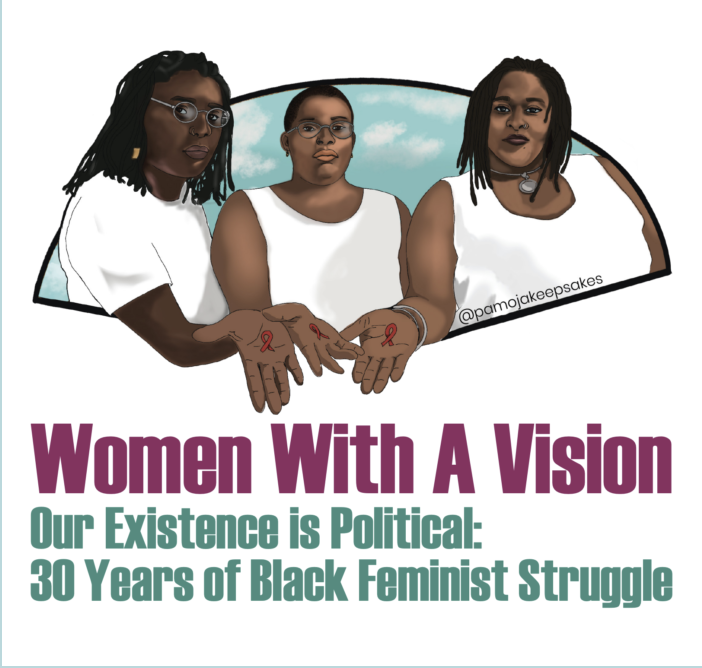 The struggles that Haywood has encountered throughout her life have helped to shape Women with A Vision to the strong organization that stands today. When Hurricane Katrina hit in 2005, the organizations leadership was displaced and almost all past paperwork and supplies were lost. Haywood stepped up to the plate and created an even greater platform with a bigger outreach than before. As the New Orleans government abandoned the communities who needed the most relief, Haywood found a passion to address the gentrification and increased criminalization of the black New Orleans community with a specific focus on black women. Her strong will and determination did not seem to slow down after Katrina. In 2016, Haywood was diagnosed with breast cancer, which inspired her to share her story and illuminate the voices of other black women who are at the forefront of medical abuse. Although tragic, Haywood’s diagnosis of breast cancer allowed for her to find another inequality that black women face every day. She takes the bad in situations, turns them into a learning opportunity and sheds light on issues that are being ignored and disregarded. Haywood lives the organizations motto every day and is always looking for new ways to help and liberate the black community. Her passions and persistent advocacy have led the Women with a Voice organization to greatness. 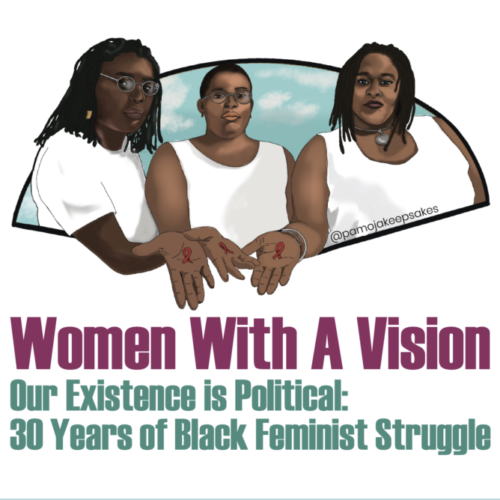 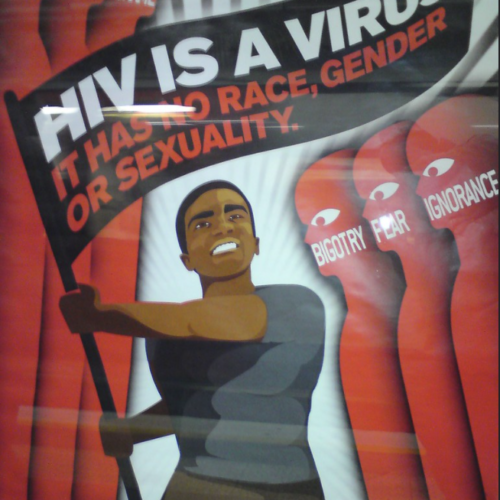 Along with prevailing through so many hardships in her own life, Haywood’s work in policy change proves that listening to the stories of others is the first step to enact systemic changes and policies within New Orleans. One example would be her work to overturn Solicitation of Crimes Against Nature laws (SCAN). Due to their ability to gain trust in the community, Women with a Vision shared the stories of women publicly in order to gain traction and bring in an outside legal team for the defense of the victims. Her ability to engage and relate to the community allowed for women to feel more comfortable to step forward and participate in the civil rights suit. The nine anonymous plaintiffs used in the suit had their names taken off the state sex offender list along with policy changes regarding equal punishment to “sex workers” engaging in anal sex to those found guilty of having vaginal intercourse. In 2013 Louisiana agreed to take every person convicted of SCAN off the sex offender list and these people would now not be denied housing, healthcare and other resources they were denied to prior. Deon is able to use her small platform to spark change due to her compassion and relatability. She provides support and counseling while also fighting for policy change. By fighting legal issues from a more humanistic approach, Women with a Vision proves how community organizations no matter how small can implement changes within their community. Deon listens to the stories, connect and adapt programs in order to make the people who seek out their help feel more comfortable.

While hardships have certainty not made her job easy, Deon Haywood has assisted Women with a Voice in being a “leading voice on Black women and criminalization in the American South” and advancing community led policy solutions internationally and locally. Her countless awards that she has received only provide a small understanding of what her work has done for the black women in New Orleans and across the country. Deon Haywood’s approach to policy change was the bridge between the marginalized groups affected by SCAN and the legal mechanisms to declare these laws unconstitutional. Her ability to listen and relate to the marginalized communities is what makes her and the organization at large so exceptional.