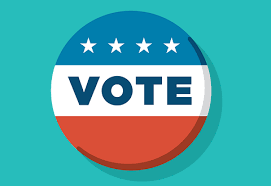 A look into mail-in voting.(Photo: Google)

Even quick glances at media headlines demonstrate biases and echo chambers within mainstream and extreme media sources, but after spending a week observing two particular news sources’ analyses on mail-in voting, it is exceedingly clear that biases within even mainstream media sources exist beyond what was initially thought. Further, the echo chamber effect created for the sake of profits creates a vicious incentive structure to entice readers to continue to receive information from a single source instead of seeking out the facts from multiple viewpoints.

My particular analysis was done on CNN and the Wall Street Journal, focusing on how these sources reported on mail-in voting and absentee voting over the course of four days, focusing on how these two media sources used their platforms to set agendas within the media. These four days happen to coincide with the ballot chaos in Wisconsin and Pennsylvania due to the conflict over whether or not the Green Party should be on the ballot, occurring between September 12 and September 15. Because the topic of absentee voting has been politicized by the current administration, it was interesting to see how center-left and center-right media organizations reported on this news.

CNN articles on this subject focused on Pennsylvania and Wisconsin, two swing states that were experiencing ballot mailing issues at the time of this project. Some described how Republican officials were filing lawsuits in order to ensure the Green Party was on the mail-in ballots in Wisconsin, slowing the ability of state officials to send out the ballots within the state’s timeline. These lawsuits were eventually ruled invalid, and the Green Party did not appear on Wisconsin’s ballot. However, CNN’s description of Pennsylvania did not include a similar description of Republican efforts; it just characterized this as a chaotic time that was inhibiting the ability of voters to receive their ballots as requested. Kristen Holmes covered Pennsylvania politics during this period, and she did a good job of maintaining an unbiased viewpoint of the situation, as seen in her article shown here. Additionally, CNN was more willing to engage in larger-picture analysis, potentially because the chaos caused by absentee ballots is caused primarily by elected and politically appointed Republicans; that is evident in this article by Pamela Brown and Jeremy Herb.

In observing these articles over time, it became increasingly clear that this bipartisan viewpoint was not capturing the entire story; both sources suffered from this bias. No Green Party official or representative was ever quoted in the articles viewed over the course of the week, even though these voting issues centered directly around the Green Party’s lawsuits and the ability for voters to elect their party to office. Importantly, presidential elections are critical to these third parties, as their presence on ballots can determine national funding and their presence on the stage for future debates. To not even hear their side of the story, especially with the implication of Republican interference on this issue, seemed like a misrepresentation of the topic.

The two-party system bias is not necessarily a bad thing: a majority of voters will cast their votes for one of the two major parties, so it is extremely important in such a suffocating news cycle to ensure that voters have as much of the information on the two major parties as they can. However, at times, it is important to more intentionally create a three-hundred-and-sixty-degree view of an issue in order for voters to truly understand what is going wrong in an issue or who is at fault.

Another interesting observation in these articles was the intentional production of an echo chamber. Found particularly in the CNN articles, the internal citations in the articles tended to link to other CNN articles, ensuring that curious readers stay on the same news site. This is primarily driven by a profit motive: as clicks equal ad revenue, news sites have very explicit incentives to keep users on their site. However, this has the additional effect of never introducing opposing viewpoints, ensuring that no other interpretations of facts even enter the reader’s sphere and supposedly granting CNN greater credibility on the subject. If readers to not intentionally seek out alternative viewpoints, even on mainstream sites like CNN, none will readily appear for them.

After this relatively short-term analysis of these two news sites, it seems clear that singularly utilizing any one news source is not an effective way of consuming news. Even though these two mainstream media sources, CNN and the Wall Street Journal, were operating off of the same facts, they had varied analyses on the implications of a relatively cut-and-dry issue. On other more partisan issues, or with issues with a less clear answer than “everyone has the right to vote,” there might be some serious discrepancy in the analyses in these sites. With the profit incentives causing these sites to try to keep readers engaged on their own sites, readers need to be incredibly intentional about seeking out alternative viewpoints. This is especially important when readers download apps which give push notifications; it is incredibly easy for a single app to serve as the primary source of news, when in fact a better method of understanding the truth behind the news would be to distribute news reading across multiple sources.

Overall, being an intentional consumer of news takes work. It requires seeking out facts in a fact-deprived world while sorting out the biases integral to every article. It can be difficult to disseminate the fact from the analysis, but in order to form our own opinions as a news-consuming population, this has to happen. We cannot allow ourselves to be trapped in any echo-chambers, so it becomes critical to read news from sources that might be out of our comfort zone originally. By exposing ourselves to different perspectives, we can also further form our own opinions and increase our understanding of where we stand on issues. At the end of the day, that is the point of understanding news.

Big Chem-EZ: Is the safety of the drinking water affected by major storms and main water line leaks within New Orleans?
Environment
We use cookies to ensure that we give you the best experience on our website. If you continue to use this site we will assume that you are happy with it.Ok