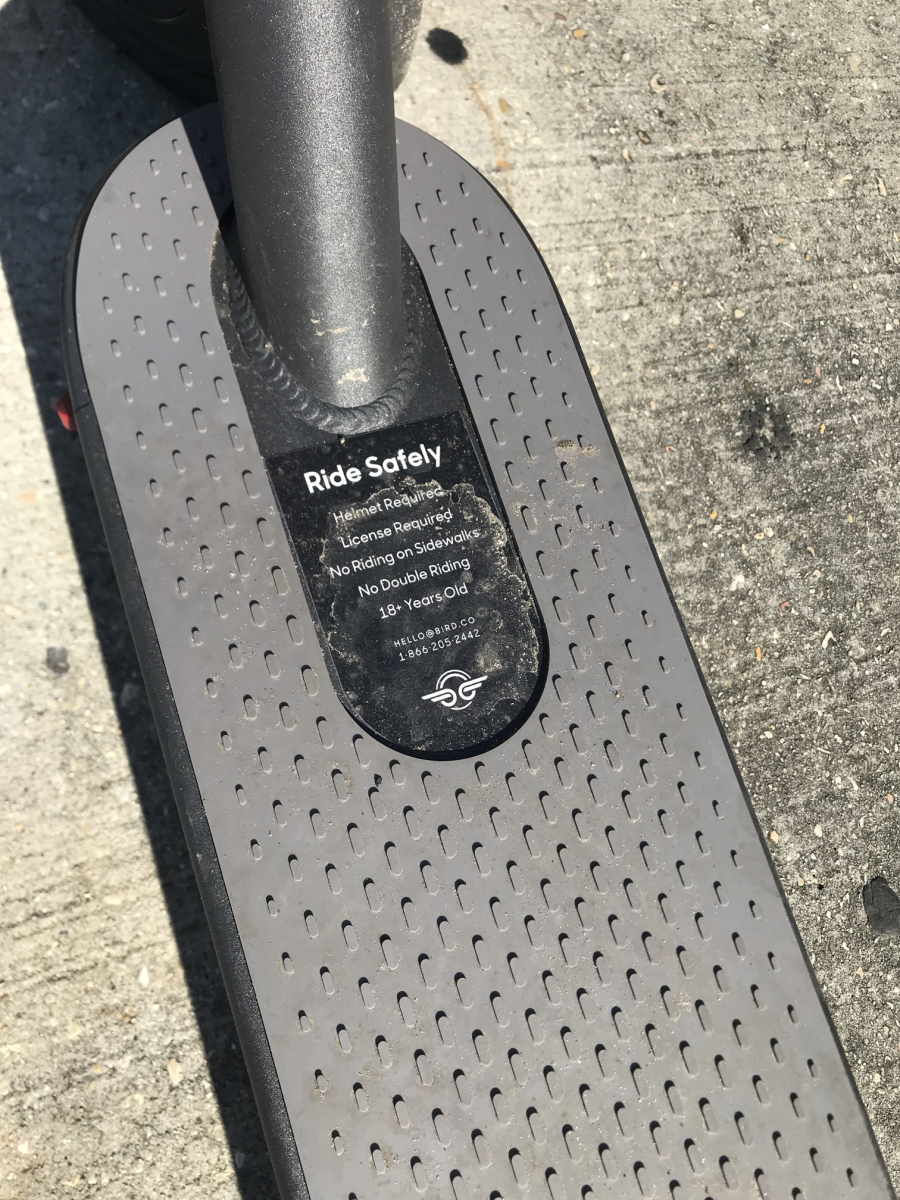 The BIRD scooters, a possibility in New Orleans?

Car-free transportation in the Big Easy is hardly ever care-free. For the New Orleanian without a car,figuring out the best mode of transit from home to to the grocery can feel as challenging as choosing what recipe to make. Amid time-shortages, potholes, frequent showers, and Louisiana heat, choosing the best form of car-less transit can be tricky. This grouping of articles explores and appreciates the different forms of transit in New Orleans, no driver’s license or car necessary. One possible addition to New Orleans’ lineup of public transit could be BIRD Scooters. Zach Monroe, the public affairs consultant for BIRD Scooters in New Orleans, explains more about this unique form of transportation in this article originally published on NolaVie on May 30, 2019.

Since the invention of Uber and other car ride-sharing companies, there has been an increase in the amount of competition in the ride-share market. Among these is the BIRD Scooter.

BIRD was founded in 2017 by Travis VanderZanden, former Vice President of International Growth at Uber, as a “scooter-share” transportation solution. Currently, the scooters have launched in a vast number of United States cities including Los Angeles, Washington D.C., and Atlanta. There has been a  push by the BIRD company to bring the scooters to New Orleans, but there are many issues that stand in the way of New Orleans citizens being able to ride on the BIRDs. To clarify some of the issues, I scheduled a meeting with Mr. Zach Monroe, Public Affairs Consultant for BIRD Scooters in New Orleans.

We started with a brief introduction to each other. Mr. Monroe is from New Orleans and actually attended Tulane University for undergraduate studies. We met at the PJ’s Coffee on Willow because he was on campus for a 5K race that would start later in the day.

I connected with him through some family friends that live in the area, but he was more than happy to allow me to interview him when I told him that I am a Tulane student as well. After introductions, he jumped straight into his pitch for why BIRD Scooters should be in New Orleans.

“I think it is going to be a new way for people to travel so that we’re less reliant on cars. It’s called last mile transit so, say, in a city like New Orleans, we don’t have a public transport system, but if you’re going downtown to work and you’re taking the streetcar… and you have another mile to go, dockless scooters are cheap, they’re easy, and you won’t be full on sweating by the time you get to work,” Mr. Monroe said. He went further, saying that “[BIRDs] are gender neutral. You know, if you’re wearing a dress, you can’t hop on a Blue Bike, but you can hop on a scooter.”

After his introductory pitch, I approached perhaps the most important question in regards to bringing BIRD to New Orleans: safety.

Specifically, I asked how to justify bringing a potentially dangerous mode of transportation into a city that has a tourist community built on bar-hopping and a city whose streets are infamously pothole ridden, which could lead to very serious injuries.

“So, first off, [BIRDs] only operate from dusk to dawn, so there’s no nighttime riding. I know people can get ambitious with drinking during the day, but as far as BIRD goes, you have to be 18 years and up, you have to wear a helmet, and you have to ride in the bike lane.” He then said that he has heard the drinking concern before, but is not sure if there is actually a law concerning the “scootering under the influence.”

However, Mr. Monroe continued to compare the scooters to bikes – including citing that they go as fast as a bike (capped at 15 miles per hour) – and as most states have a “biking under the influence” law, BIRDs would likely fall under the same category. He finished saying, “if you can have a few and hop on a Blue Bike, then you can hop on a scooter.”

Mr. Monroe believes that the combination of daytime riding only and the requirement to ride in bike lanes will, for the most part, eliminate the issue of dangerous potholes. Next, I addressed the recent news and videos of locals in Los Angeles throwing BIRDs into the ocean, setting them on fire, and generally causing destruction as a protest to the new transportation and how he thinks New Orleans locals will handle BIRDs if the city does approve the testing of the scooters.

“I think those stories are exaggerated, and the majority of the markets that these have been deployed so far in… they’ve been successful. The stories of people being mad at everything and want to set these on fire, you know its exaggerated. If people were torching every BIRD that touches the street, the company wouldn’t be operating anymore.”

To Mr. Monroe’s credit, from my personal experience living in Atlanta, BIRDs have been wildly successful and, having ridden birds in Los Angeles this summer, I did not personally see destruction of the scooters. I did, however, receive some rude gestures for riding a BIRD in the bike lane by local bikers in Los Angeles.

The potential negatives, although very real, seem almost unimportant when explained by Mr. Monroe. We began to discuss the positives of the scooters. Among these are the fact that they are a cheap and fun way to get around town, especially for tourists. BIRDs cost $1 to unlock (by scanning the QR code in the BIRD app) and an additional $.15 or $.20 per minute (depending on the city) to continue riding.

But Mr. Monroe believes that the scooter can be useful for locals too.

There are plans to deploy them in Uptown, the Central Business District, and “less advantaged areas” where there is less public transportation. In Uptown, BIRDs could help off campus Tulane and Loyola students that live further away get to campus in a quick and efficient way. In the Central Business District, workers can go to different restaurants during lunch break without looking for a parking space. In the “less advantaged areas,” BIRD plans to waive the initial $1 fee entirely to make the ride more affordable.

Despite the potential risks, BIRD Scooters offer a unique opportunity for New Orleans to improve transportation.

In 2018, the City Council of New Orleans was looking into a pilot program for the scooters. While there is still no set time frame for when locals can expect to start riding the scooters, legislation was  passed to allow enforcers to repossess “novelty” transportation mechanisms that are left on sidewalks or in bike lanes. This is the first legislation to pass that advances the possibility of BIRD Scooters being approved in the city of New Orleans.

41%: A number Tulane wants to change
Gender and Sexuality