“What schools are you looking at?”

“Do you know where you want to go yet?”

“What are you planning on studying?”

As a 16 year old teenage girl going into her senior year of high school, these are some of the questions that I am asked most often. Among them is the question of what I am looking for in a university, which is the question I value most. I am looking for a safe place to attend school — a place where I will be able to walk through campus at night without constantly looking over my shoulder and a place where I will be able to wear what I like without having to worry about someone taking advantage of me. I should not have to research statistics of sexual assault every time I consider attending a school, but I do.

According to CMN Sexual Assault Center, girls between the ages 16-19 are 4 times more likely than the general population to be victims of rape, let alone victims of sexual assault. America is disinclined to punish sexual assault. Police officers nationwide make excuses for offenders and rapists, usually placing the blame on the young girls that experience the offense. These girls are ashamed of the act committed against them because society consistently tells them it is their fault. If they come forward, they should expect to be attacked with questions: “Well, what were you wearing?” “Were you leading him on?” “Did you say yes at first?” The only question that they should be asked is if a crime was committed against them, which is a yes or no question. It is a question that does not include the word “but” after the answer.

The grueling process of coming forward after the offense is enough to disincentivize anyone from speaking up. If a woman chooses to speak to the police after the attack, she is rushed to the hospital where she is forced to undress and undergo intrusive physical examinations. The women then  have to sit through interrogations in which they are forced to relive the experience again and again just to explain the event to a police officer who will eventually do nothing to help the women. 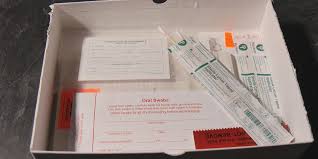 Women undergo intrusive exams if they come forward, such as a rape test.

Rather than being able to take a shower and heal after the assault, these women are interrogated and have to take rape tests only for nothing to be done afterwards. CNN reports hundreds of thousands of rape tests kits sit untested in police storage facilities, and 25 agencies in 14 different states destroy rape test kits in cases that could still be prosecuted. The agencies justify their actions by saying it is a “routine process done to make space in evidence rooms.” 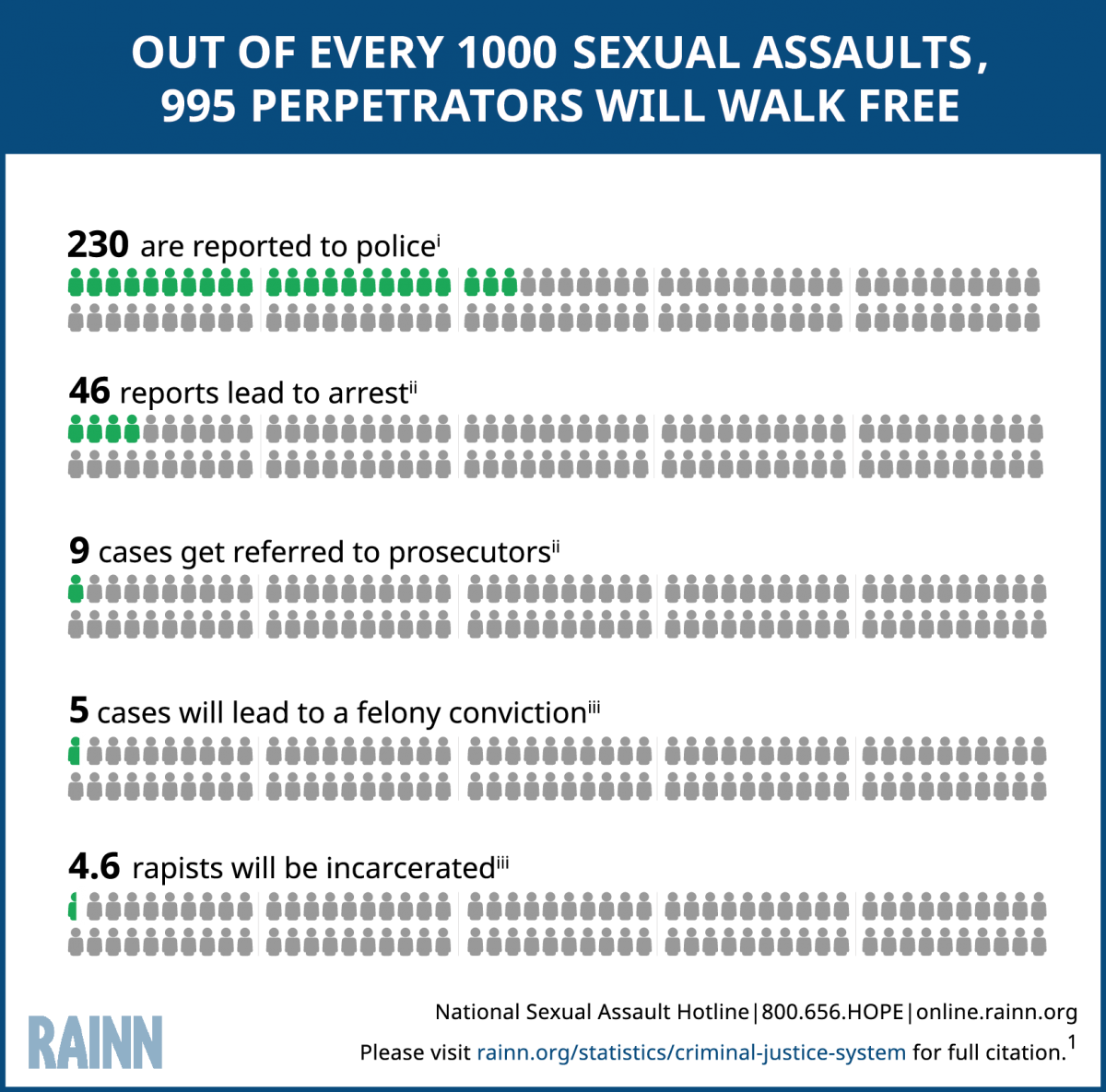 According to RAINN, our criminal justice system allows 995 out of every 1,000 perpetrators to walk free, so who can blame the 70% of women raped who choose to not come forward? The women choose the alternative route since they know there is only a 6% chance that their rapist will spend time behind bars, a 6% chance they will have justice. Police only assign an investigator to one out of every 4 cases, then in around ⅓ of those cases the investigator fails to even interview the victim. In ½ of the remaining cases, the investigator fails to interview potential witnesses. 75% of the other ½ are never forwarded to a prosecutor which leaves less than 1 out of every 10 offenders facing conviction.

In 2016 Congress enacted The Sexual Assault Survivors’ Bill of Rights Act guaranteeing basic rights to sexual assault survivors in federal cases. As stated by the NCSL, by the end of 2019, at least 20 states passed legislation to begin developing a sexual assault kit tracking system. The reforms occurring will make the justice system’s way of helping victims more reliable. If more rapists are held accountable for their actions, men nationwide will, hopefully, be disincentivized from committing the crime.

If you or someone you know is struggling through their experience of sexual assault and need to talk to someone, call the numbers below for support! You can stay anonymous.

Haunting stories: Around the table of NolaVie
Audio and Podcasts
We use cookies to ensure that we give you the best experience on our website. If you continue to use this site we will assume that you are happy with it.Ok