Hear/Here: The resilience of man’s best friend after Katrina 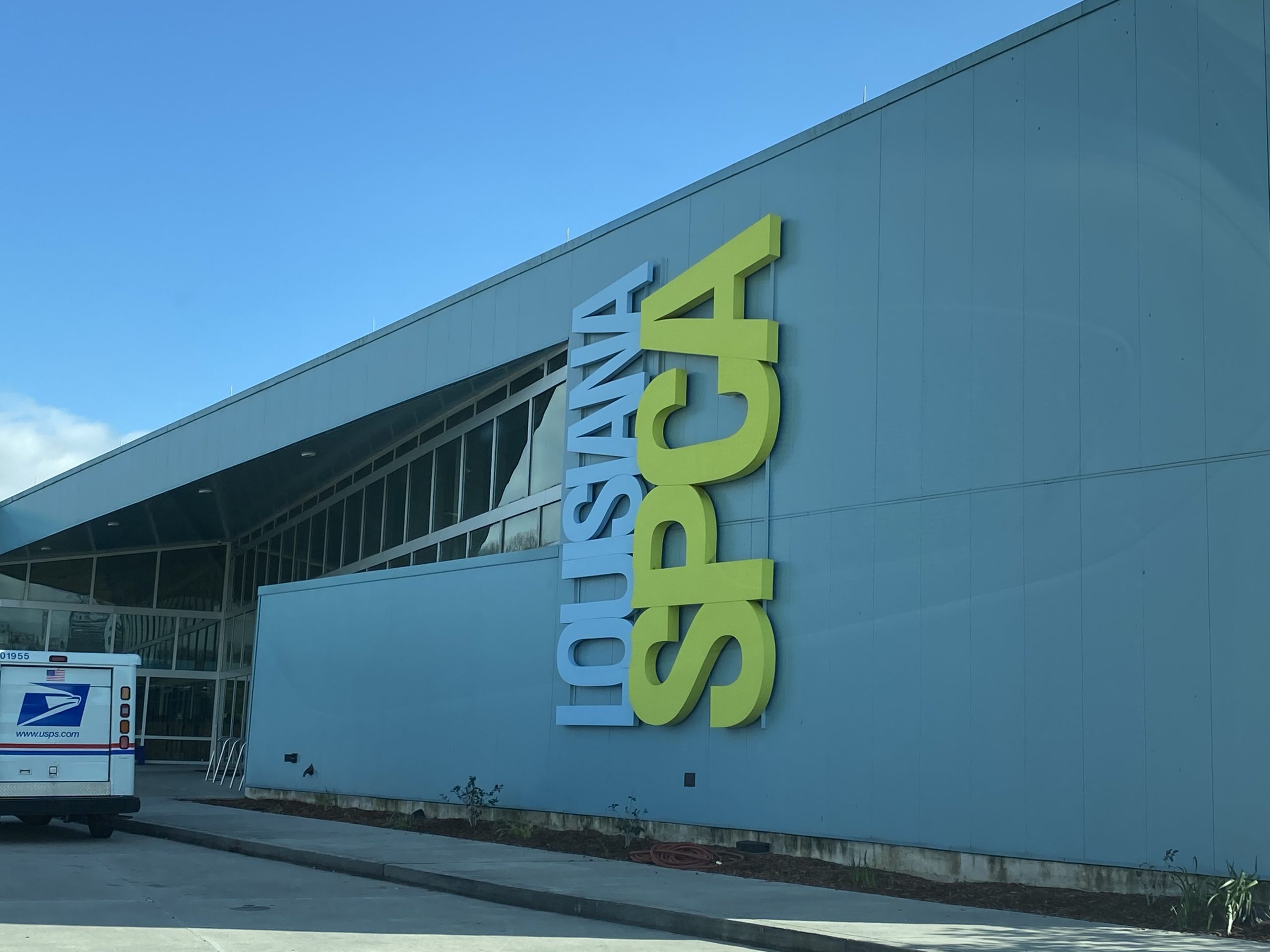 As I walked into the adoption center of the Louisiana Society for the Prevention of Cruelty to Animals, or SPCA, I was immediately encapsulated by a cacophony of barks.  An imposing mutt was led back to his kennel after a walk, sparking what seemed to be a competition among the other dogs of who could bark the loudest. Some were loud, aggressive woofs, whereas others were high pitched, short, and explosive yaps.  As the dog was locked up, the barking continued, and the dogs in the surrounding glass rooms stood at attention by their doors, hoping to be the next to be taken outside.

I continued walking and observing. Some dogs were shy, whimpering in the back of their room.  Others had huge personalities with loads of energy, jumping and clanking their nails against the glass, and wagging their tails so violently that they would thud against the walls.

As you listen to the recording you’ll hear one dog in particular: strings of high pitched barks, followed by a short pause and then repeated, which, according to Stanley Coren, a professor of psychology at the University of British Columbia, is the “classic alarm bark” (3).  New Orleanians are especially attuned to alarms— just try to imagine a commute that’s not accompanied by the wail of an ambulance.  This dog’s bark is that siren: a cry to get your attention (5) and a warning to get out of the way, not unlike the panic that unfolded in August of 2005.

On August 27, 2005, reports came in of a possible hurricane heading towards New Orleans.  Preemptively, the Louisiana SPCA safely loaded 263 shelter animals into climate-controlled vehicles and made their way to the Houston SPCA, where they expected to stay for only a few short days until the storm passed back at home (4).  After the storm hit, and the levees failed, the Louisiana SPCA knew that they had to return to New Orleans and begin rescue operations for all of the stray and abandoned animals stranded in the flooded streets of the Crescent City.

Upon their return they found their old building to be in ruins, and one can only imagine the juxtaposition between the stark quiet of the empty, destroyed building with what it used to be: a safe haven for animals, filled with the chaotic blend of dog barks and meows.  Along with the help of other rescue organizations, the Louisiana SPCA rescued approximately 8,500 animals and housed them in their makeshift shelter, the Lamar-Dixon Expo Center in Gonzales, Louisiana (4). Pay attention to the beginning of the recording, when the swell of the barks comes together in a dissonant symphony staccatoed with slamming kennel doors. Similarly, Hurricane Katrina ignited a frenzy across New Orleans and a struggle for attention ensued: who and what should be addressed first?  The meaning of those barks are not lost upon us, for we as humans are able to categorize bark type high above chance level, meaning we’re able to distinguish between aggressive, alarm barks and welcome home barks (6).  Sadly, the majority of those animals wouldn’t be making it home.

Around the city, volunteers found many dogs that died during the storm.  Unfortunately, many residents tied their dogs to fences and fled the city, and with no way to escape the flooding many dogs drowned.  And, devastatingly, only 15% to 20% of the rescued animals were reunited with their families, largely in part due to the poor record keeping among all of the chaos (4). Even today the odds for shelter animals are low.  While the Louisiana SPCA claims that they euthanize less animals than the national average (4), a 2018 report (1) found that the state of Louisiana has the second highest euthanasia rate in the country, coming in at 22.3% of shelter animals.  As in the recording, the rapid barks turn to whines, and then cease completely. Silence blanketed the city like the calm before a storm, yet so much had already been lost.

After the silence, however, you hear the thuds of a dog jumping up against the wall.  There’s no rest. It is the pounding of a hammer and the boom of a megaphone. It is, against all of the odds, the sound of the fight for freedom.  New Orleanians were not going to let the destruction of Hurricane Katrina define them. The true story is that of the rebuilding, the coming together, and the resilience.  It has been almost 15 years since the storm and that story is still being written. 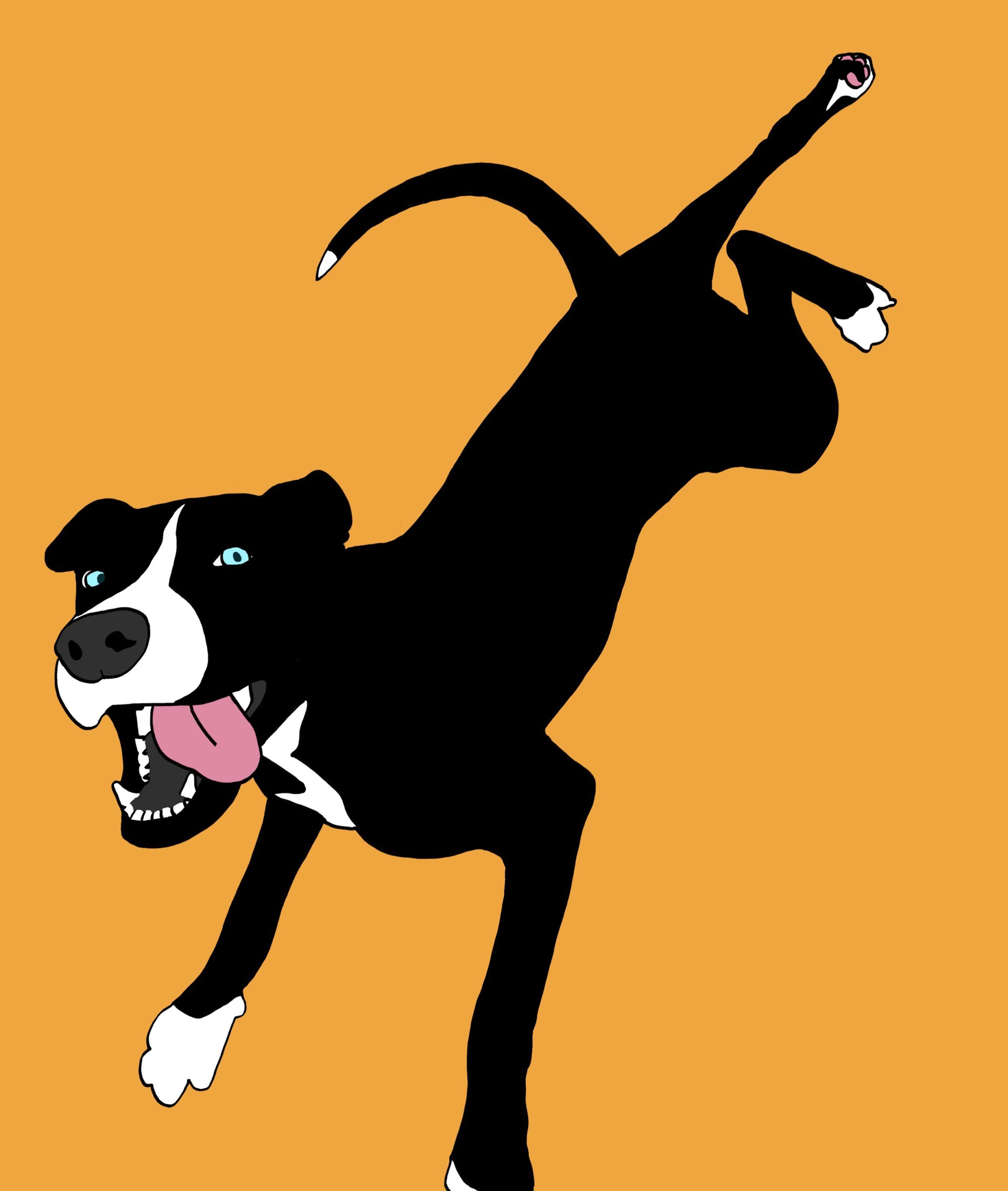 “A Portrait of a Rescue Dog” by Kaley Fisher

As the recording nears the end, you begin to hear the sounds of staff and volunteers talking in the background.  They are the ones who advocate for the animals today. Those few words you hear, indiscernible, represent hope. Even after all of the chaos, the human spirit remains and will rise from the ashes.  Though it does not come without its toll, the blind hope that things will get better demonstrates New Orleans’ perseverance.

The most shocking statistic I came across was the stress levels (4) of the Louisiana SPCA’s staff in July of 2006, 11 months after Hurricane Katrina.  According to their website, “An exercise in the workshop assessed the individual levels of stress. A stress level of 300 points was the benchmark of extremely high stress. The Louisiana SPCA’s staff stress level came in at an average of 1,300 points. By those standards, they should have all dropped dead from heart attacks months ago” (4).  And although the storm had passed, New Orleanians were still not free from Katrina. Just like the dogs in the shelter wishing to find their forever home, people in New Orleans still desire freedom from the impacts of the hurricane. That’s the funny thing about desire (2): it’s never fully satisfied, and New Orleanians will never truly be free from the storm. 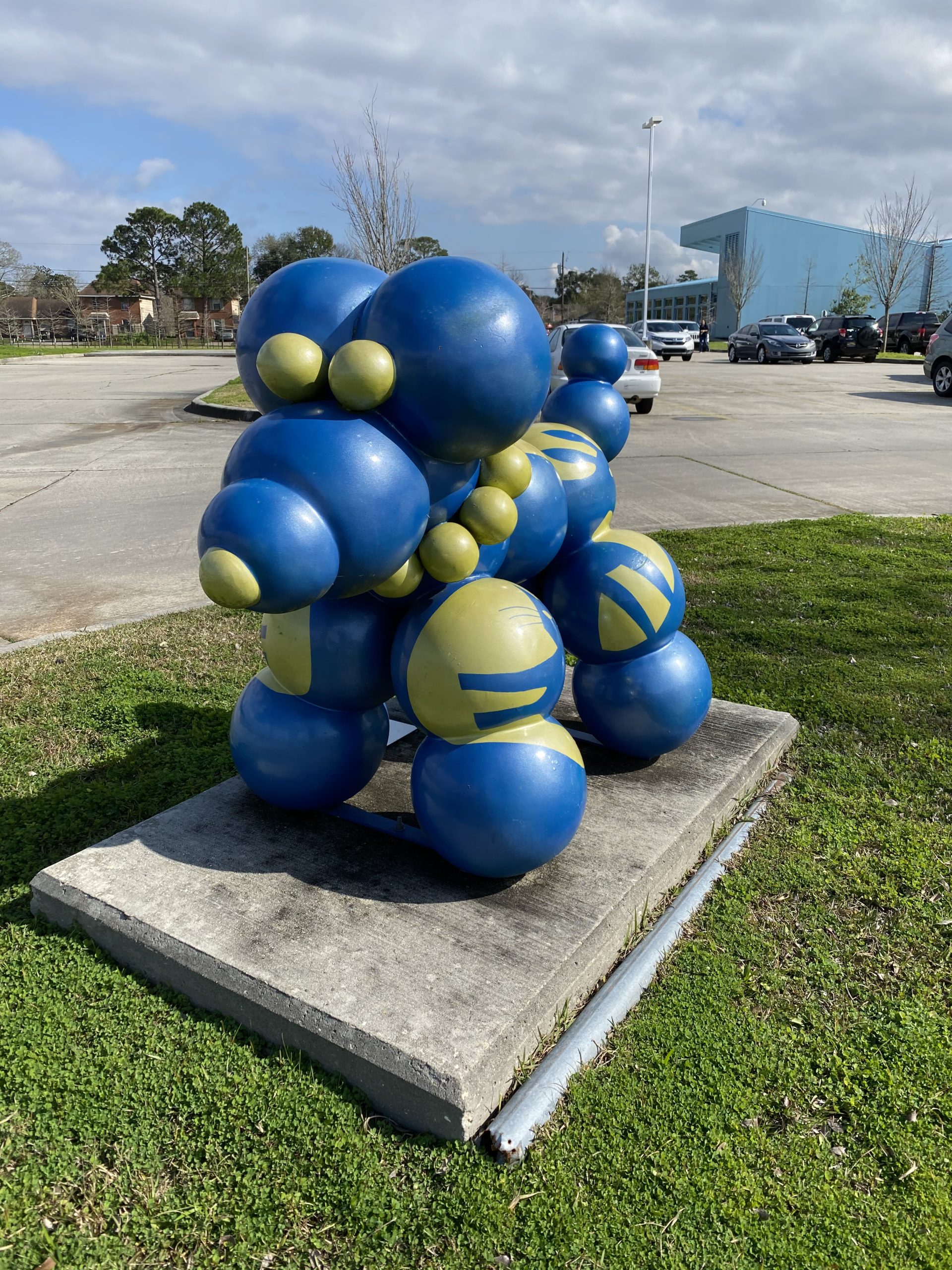 In the summer of 2007, a little under two years after the hurricane, the Louisiana SPCA’s new facility finally opened on Mardi Gras Boulevard in Algiers.  The staff, now well equipped to handle natural disasters, led successful evacuations in the following years. Determined to pay it forward, the Louisiana SPCA has aided other rescue organizations when disaster strikes.  And in 2015 the facility I visited, the Adoption, Resource Center, and Clinic, opened to the public. After learning about the history of the Louisiana SPCA, I could not have been more happy to be surrounded by all of those barks.  New Orleans is a city known for its music, and walking through the adoption center, I heard a song of its own. The bass of the deep woofs, the melody played out through the high-pitched barks, and the percussion of the nails tapping against the glass.  Despite everything the Louisiana SPCA and its animals have been through, that is the song of hope. I truly cannot wait for my next visit.

If you’re interested in visiting the Louisiana SPCA and adopting an animal, you can check out their website here.

From Clips to Clicks: Have a secret disease? Well here’s your cure!
Reflections