Punishment and redemption: Sikhism, incarceration, policy, and the gaps in between 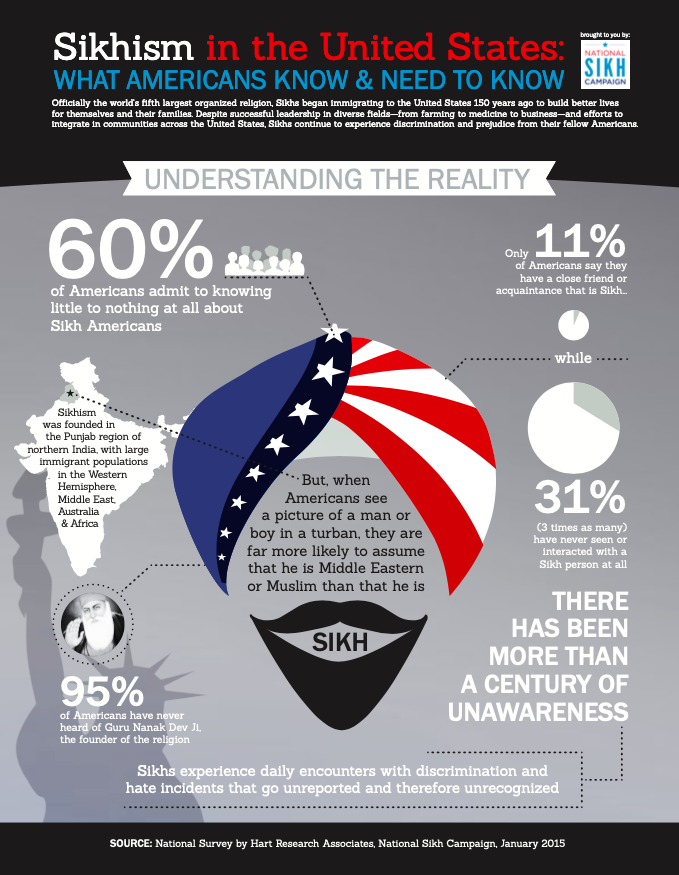 With the recent murders of George Floyd and Breonna Taylor, many have called for a significant reevaluation of policing, prisons and jails. Many of the problematic intersections in the prison industrial complex have been highlighted through social media, including classism, racism, mental health issues and sexual violence within the system. However, when it comes to Sikhism and religious freedom from behind bars, the issue is too often ignored.

Though Sikhism is the world’s fifth-largest religion, according to the National Sikh Campaign, a whopping 60% of Americans admit to knowing little or nothing about Sikhs. It is no surprise, then, that many Americans may be skeptical or fearful when encountering Sikh men in particular, often dressed in turbans and beards. According to the National Sikh Coalition, “These articles of faith are meant to make Sikhs stand out in a crowd and remind them of the values and obligations of their religion.” Living in a post-9/11 United States has meant that many Sikhs have become well acquainted with the Islamaphobic and xenophobic hate crimes that come with observing religious freedom, though Islam and Sikhism are completely separate faiths.

This dearth of mainstream knowledge and discomfort around Sikhism is dangerous. For example, in 2018, a man in Livingston Parish, LA drove his car into a convenience store owned by Sikhs, claiming that “the people who operate the business were the same ‘ones’ who killed his fellow service members overseas.”  Just this May, a similar incident took place in Oregon. In this case, a young white man went into a convenience store and physically assaulted a Sikh worker after he refused to sell him cigarette rolling paper without an ID, pulling him by his beard, removing his turban and kicking him on the floor. These horrific incidents are not isolated events. According to FBI data, there was a 200% increase in hate crimes against Sikhs between 2017 and 2018, and these experiences of discrimination extend well past convenience stores.

Mainstream ignorance of incarcerated Sikhs, both marginalized for religion and incarcerated status, is similarly dangerous. Religious practices, like kesh (Sikhs maintaining uncut hair), are supposedly protected under the first amendment and the Religious Freedom Restoration Act (RFRA). In prisons and jails, this has been affirmed through the Religious Land Use and Institutionalized Persons Act (RLUIPA), which states that prisons and jails cannot significantly burden an incarceree’s right to practice their faith. Nevertheless, the implementation of RLUIPA has been negligible.

Just a couple years after its passing, an incarcerated Sikh in California starved himself to death as requests for vegetarian meals went ignored. In Florida, a Sikh was forced to shave his head upon incarceration – cutting his hair for the first time in his entire life. In 2005, incarcerated Sikhs at the California State Prison, Solano were barred from growing any facial hair, keeping their hair longer than three inches, and wearing turbans. Muslims and Jews in the same prison, however, were allowed to wear kufis and yarmulkes. These rules, allegedly existing to maintain safety, were clearly targeted against Sikhs. If a turban could hide a weapon, why couldn’t everyday clothing? And why was religious freedom applicable to some religions but not others? 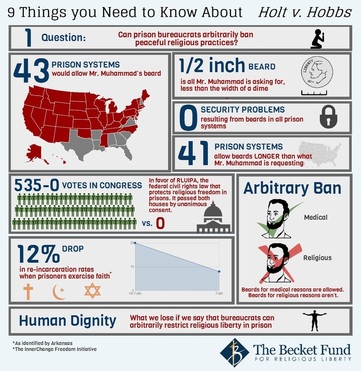 This pattern of ignoring federal policy continued well into the 2010s. In 2015, the Supreme Court decided on Holt vs. Hobbs, a case where an incarcerated Salafi Muslim man wanted to grow his beard out to a half-inch. This man, Gregory Holt, was restricted from doing so as his prison only allowed quarter-inch beards (to accommodate those with skin irritation). In their unanimous decision, the Supreme Court upheld RLUIPA and allowed Holt to grow his beard. Though the case involved a Muslim man, the ramifications seemed applicable to Sikhs who wish to maintain kesh. Despite this historic ruling, in 2018, Barfi Culture reported that Sikh asylum seekers in Oregon were forced to cut their hair while in detention. According to the National Sikh Coalition’s legal team, this incident doesn’t come close to covering the challenges Sikhs face while in detention: 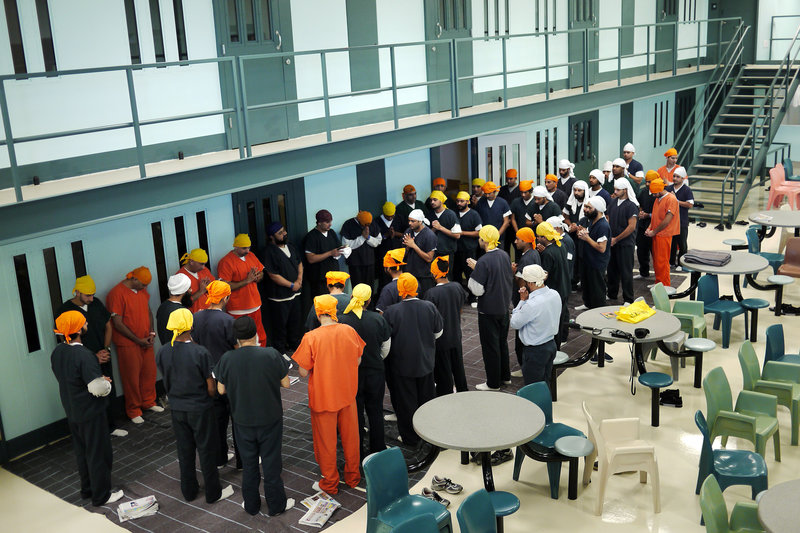 “Major concerns and violations of rights that we have seen or heard about in detention centers include: inconsistent or no access to detention facility rules in a language detainees can understand; inadequate or no access to interpreters; denial of religious accommodations including turban material, the opportunity to engage in group prayer, and clean environments to conduct daily prayer; difficulty obtaining food that complies with the detainees’ religious-based diets; and a pattern of bond denial or excessively high bonds for Punjabi detainees compared to other ethnic groups.”

Time and again, despite legislative and judicial wins, the religious freedom of Sikhs is ignored by our incarceration system and, increasingly, our detention system. With conversations about prison and police reform all around us, Sikhism has been missing from the mainstream narrative and deserves a spot.

This piece was written for Betsy Weiss’s class, “Punishment and Redemption,” which is taught at Tulane University.