Then and now: An oral history about race with Dr. Reginald Parquet 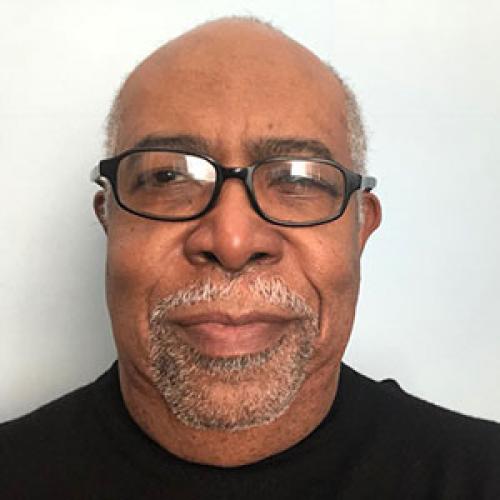 Early in the month I had the pleasure of interviewing Dr. Reginald Parquet, a Tulane professor in the School of a Social Work, a lifelong New Orleans resident, and a licensed clinical social worker. The interview jumped from past to present, illuminating the experiences of an African American child growing up in a segregated New Orleans alongside the daily struggles of a social worker during the current pandemic.

For whatever reason, I did not write questions regarding segregation or the Civil Rights Movement in preparation for the interview. Thankfully, Dr. Parquet was very open about his childhood and steered the interview towards this important topic almost immediately. A clip of Dr. Parquet explaining one particularly impactful moment in his childhood is linked below.

Dr. Parquet went on to explain a bit about his ongoing involvement in the NAACP, as well as the work he does providing therapy for the youth of New Orleans.

In one particularly lighthearted moment, Dr. Parquet recounted the moment he realized he wanted to pursue a career in social work. He told the story of one rainy summer day in New Orleans when he was no older than 12. On rainy summer days, he recalled, “we would gather on my back porch because there was a covering, and we would sit down there and talk and play…”. However, on that faithful day, Dr. Parquet decided that he was going to offer his friends expert counseling. So, 10-year-old “Reggie” as he was known at the time, played the neighborhood therapist, doling out advice and “giving them psychotherapy”.

Much of the interview went along like this, with comical stories of Reggie’s past interspersed with the more serious topics of racism, segregation, social work, and a changing New Orleans. For instance, he told of his experience as a young African American man in college. During that time, he recalled, Tulane had the reputation of failing African American students for seemingly unfair reasons. Because of this reputation, he and two of his fellow classmates felt the need to confront their dean and explain that, no matter the obstacles, they intended on passing. He went on to explain the ongoing issues Tulane has regarding diversity and inclusion as well, as his efforts to make any and all students feel at home in his classroom.

Yet, in between these serious subjects, Dr. Parquet told the story of how he and the same two classmates mentioned above embraced their seemingly degrading nicknames of Id, Ego, and Superego by having t-shirts printed. They figured that by embracing the names, and even developing characters to go along with the names, their white classmates and professors would be discouraged from any further harassment.

Throughout the interview, and as a result of the stories and life lessons he recounted, a picture of Dr. Parquet began to develop. He is a kind, caring, and fun-loving man. Although he has devoted his life to working with troubled individuals and attacking the overwhelmingly large problems of racism, discrimination, and poverty (or the “ism”‘s as he likes to refer to them), Dr. Parquet remains an easy-going man with a calming presence.

Linked below is the full interview.