Punishment and redemption: Capital punishment in Louisiana — justice or just the opposite?

On September 12, 2012, Damon Thibodeaux was exonerated after spending 15 years on death row for a crime he did not commit. According to the Innocence Project, in 1997 he was convicted of murder and aggravated rape and sentenced to death in Louisiana; his innocence proven years later by DNA evidence. His story is not unique, though some convicted do not receive justice. In the United States many prisoners have maintained their innocence until their execution date, and run out of time.

Louisiana uses lethal injection, and according to the Death Penalty Information Center there are currently 69 people sitting on death row in the state. However, executions have been stalled in Louisiana for the past ten years due to an inability to procure the necessary drugs. The Corrections Department explains that pharmaceutical companies are unwilling to provide medication for lethal injection. A bill introduced by Louisiana Representative Nicholas Muscarello would hide the identities of pharmaceutical companies involved from the public. However, those attempts have failed to pass, due to concerns that drugs used in executions could be from the black market without public knowledge, according to AP News. 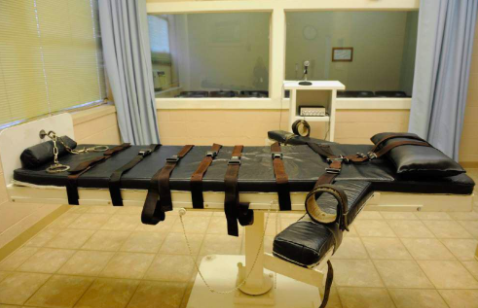 The execution chamber of the Louisiana State Penitentiary.

While lethal injections are often described as “humane” compared to alternative execution methods, such as electrocution, errors in the practice of the method have gruesome effects. The American Medical Association’s ethics codes bar physicians from participating in execution. Often this results in prison officials administering injections. If the executioners fail to locate a vein, the executed might feel extreme pain at the time of death, as happened in the execution of Clayton Lockett in 2014, according to the Atlantic.

In addition to the unreliable nature of lethal injections, Louisiana’s capital punishment practices are expensive. According to the Death Penalty Information Center, a new “study by retired New Orleans district Chief Judge Calvin Johnson…and Loyola Law Professor William Quigley…found that Louisiana has spent more than $200 million on its death penalty system in the last 15 years.” In that time frame, Louisiana has executed one man, Gerald Bordelon, and exonerated five death row inmates. 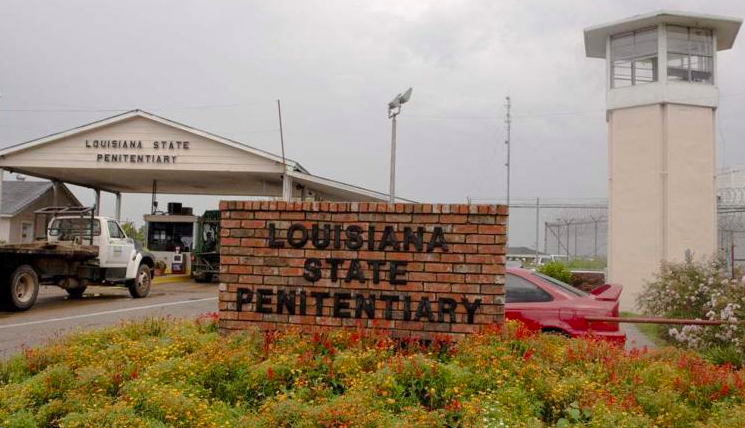 The recipients of capital punishment in Louisiana are disproportionately people of color. Despite making up under 40% of the population, people of color represent 72% of inmates on death row in the state, according to the American Civil Liberties Union (ACLU). In addition, black defendants accused of killing white people are prosecuted more harshly than white defendants accused of killing black people. According to the ACLU, “As of October 2002, 12 people have been executed where the defendant was white and the murder victim black, compared with 178 black defendants executed for murders with white victims.”

Despite these inequalities and errors in capital punishment practices, many Americans support them. According to the Pew Research Center, 54% of all Americans are in favor of, and 39% oppose capital punishment. Democrats are less likely to support the death penalty, 59% do compared to 77% of Republicans. Some families of murder victims support the death penalty because of a desire for justice or closure. Many Americans feel that some heinous crimes warrant death. 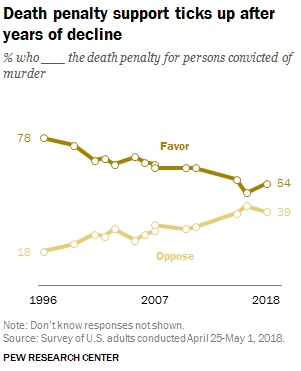 Many advocates for an end to capital punishment argue that current execution protocols hinder justice because of the concentration of minorities on death row. In addition, botched executions are considered “cruel and unusual punishment,” violations of American citizens’ 8th Amendment rights. Worst of all, an astounding number of those sentenced to death in the United States are later exonerated. Due to the finality of execution, this sometimes occurs too late for justice to be achieved. The last-minute, frantic nature of appeals filed by defense attorneys does not inspire confidence in a system that can afford no mistake. According to the Equal Justice Initiative, “170 people have been exonerated and released from death row since 1973…[and] for every nine people executed, one person on death row has been exonerated.” Such a rate of error is horrifying.

Gary Graham was put to death in 2000 via lethal injection after 19 years on death row. He was convicted at the age of 17, primarily based on one eyewitness statement from 30-40 feet away. According to the Chicago Tribune, he maintained his innocence, and appealed to the public to end capital punishment in his last words: “They are killing me tonight. They’re murdering me tonight.”

With even one innocent death as a result of United States policy, justice is not achieved. Even if the convicted are indeed guilty, many agree with Graham’s belief that capital punishment is state-sanctioned murder. There can be no “humane” option. Whether it takes the form of lethal injection or electrocution, whether the public watches what occurs within prison walls or turns their head in dismay, execution is killing.

For More Information on the Death Penalty: