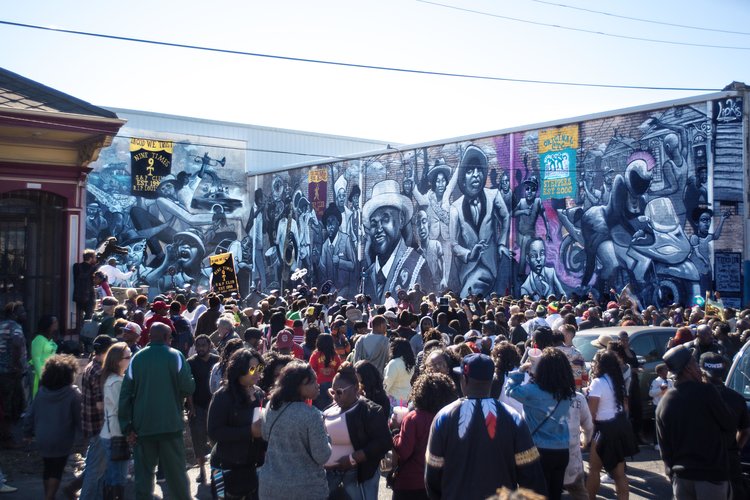 A community moment: The opening of Lipkins’ “Third Line” mural on the corner of St. Claude and Franklin

Recently, public art muralist Henry Lipkis has been making frog-shaped bread. While this might seem creative’s natural response to COVID-19 city wide shutdowns, Lipkis is more than any creative. He possesses an inescapable creativity. He is unable to do anything uncreatively, even COVID-19. He is a beginning tattoo artist, a muralist, a Mardi Gras float designer (as his day job), a second line fan designer, a banner painter, and a frog-bread maker — to name a few.

Lipkis redefines art as we know it — not the art hung up in gallery walls trapped behind ticket fees — by engaging in the community he knows best: New Orleans. Lipkis focuses on creating public art, a responsibility that he takes very seriously. His art is not self-serving; rather, much of his art is an investment in the communities it is designed for.

He aims to make art “in a useful way that engages with the culture that already exists without trying to change anything,” Lipkis said. Lipkis’s approach to art is a powerful one, placing art within the context of communities that have been harmed by massive waves of gentrification.

But, what does public art mean when we are restricted from going in public? Lipkis has approached this time with the creativity and desire to serve his community that he brings to everything. He has been painting banners for striking workers, and even more recently he has been painting and constructing banners for protests. His creativity is evident even in a creative banner structure that he has developed.

He has also continued his “day job” — designing Mardi Gras floats. Float designers are still working in the sketch phase, so that job has shifted easily into the stay-at-home period – although, he does not seem affected by the uncertainty of Mardi Gras 2021. That has only been “a little bit” of work though. Many of his other planned projects have been postponed indefinitely, but his attitude about this is forward-thinking. 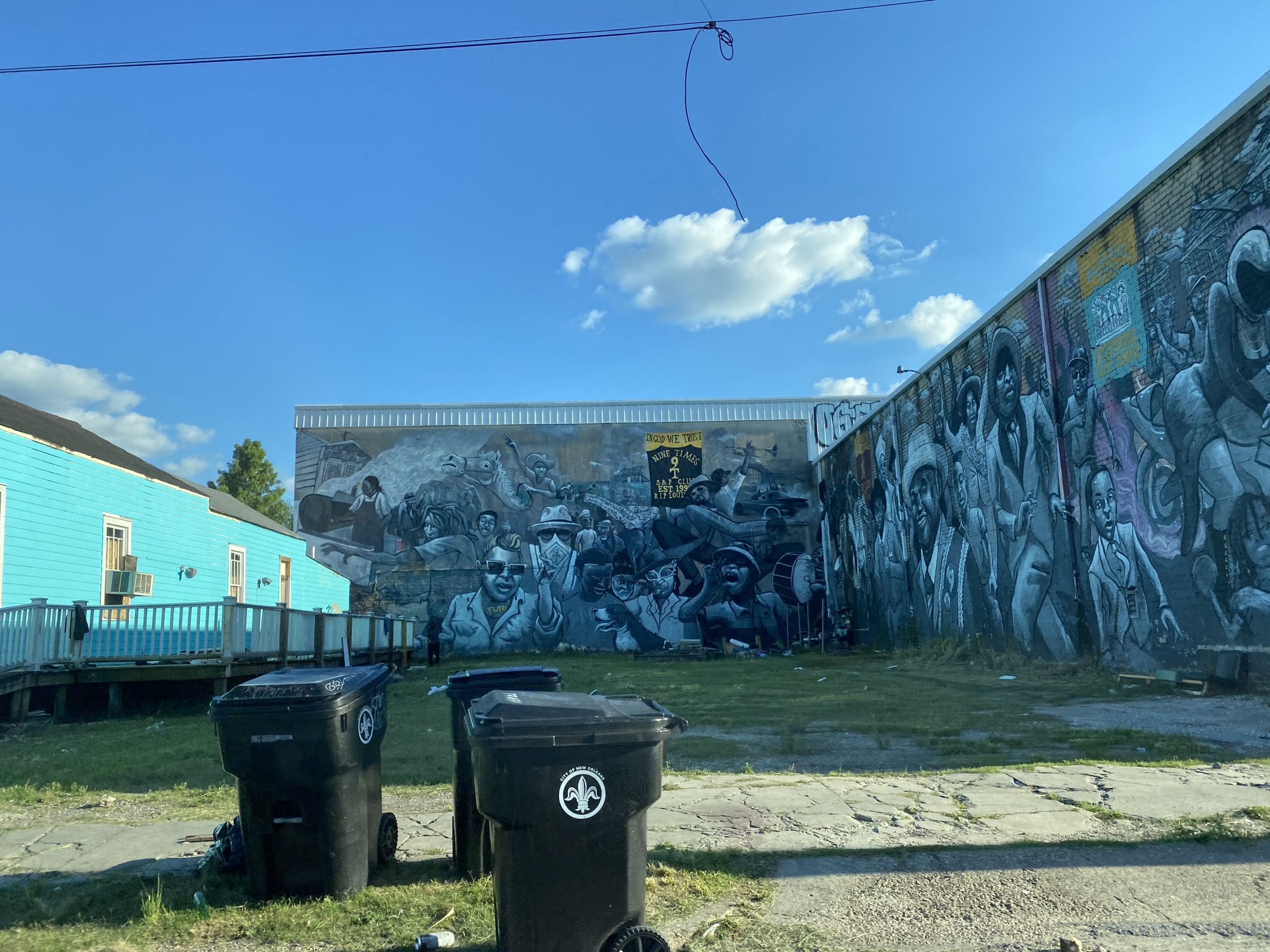 Lipkis’ “Third Line” mural, fitting into the community at the corner of St. Claude and Franklin in the midst of COVID-19 shut-downs.

Though Lipkis, has found “it’s pretty hard to get inspired when … your mind is rushing through … the potential collapse of … everything,” he has directed himself towards thinking about “what types of art [he] can do in that circumstance,” no matter how things go. He hopes to figure out how he “could continue to make a living and help create value when everything is upside down.” This is an important attitude in this time of uncertainty. He has shifted his pre-existing artistic goal – of working on “canvases” that already exist in the world – into learning how to tattoo.

While Lipkis did not shy away from acknowledging that this is a difficult time to be an artist, he also has not taken this time sitting down. During the period of COVID-19, he has proven himself to be just as creative in life as he is in his numerous art forms.