How coronavirus has affected Tulane students

With the announcement made that Tulane University will resume in-person classes (with strict rules, including hybrid classes of in-person and e-learning) starting August 16, the spring semester of 2020 will go down in history as one of the scariest, strangest, and overwhelming semesters ever. Especially for the graduates. 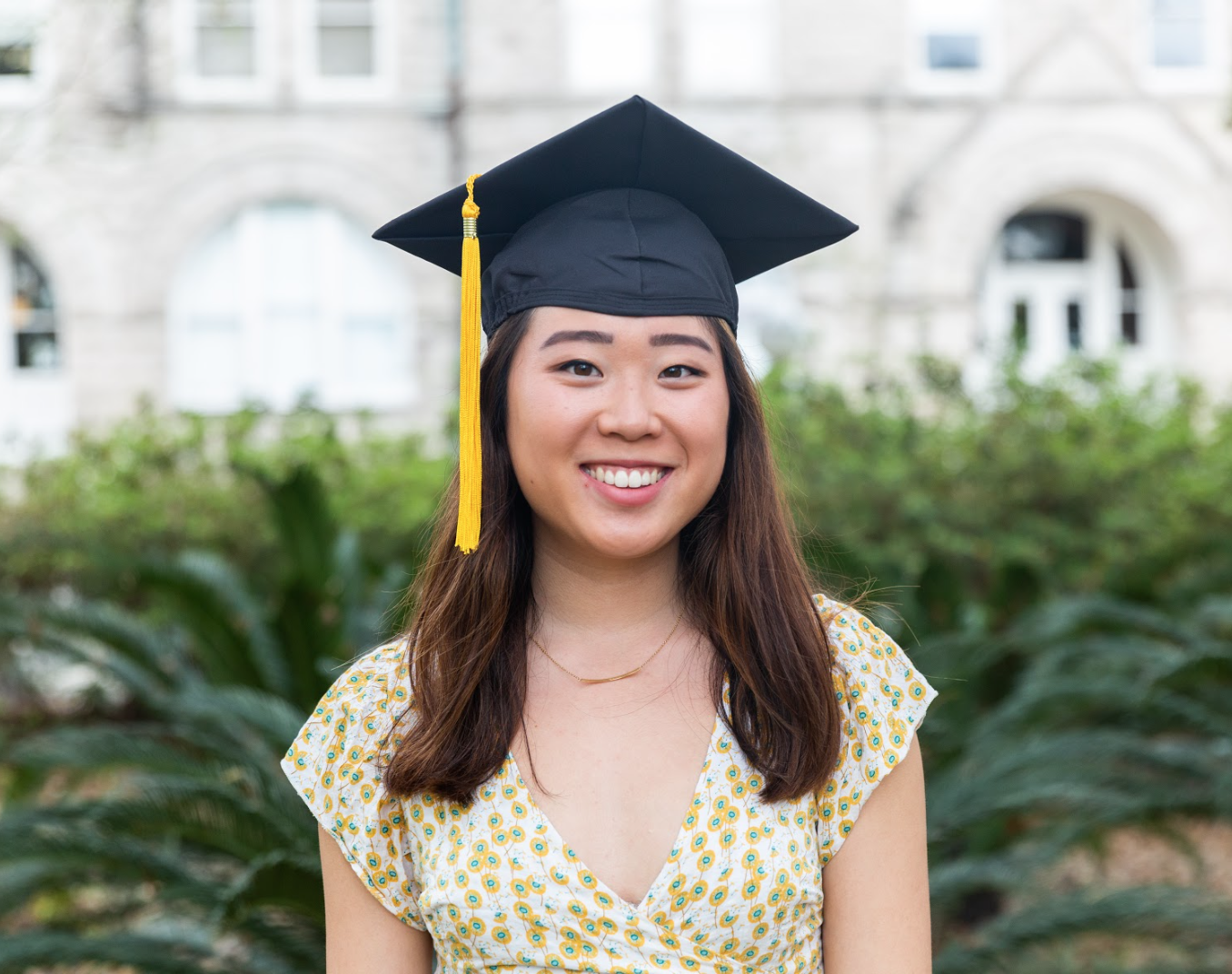 Sarah Ong, a Tulane University senior who had to rethink concepts of graduation. (Photo provided by: Sarah Ong)

I had the opportunity to interview Sarah Ong, a Tulane University senior who evacuated from New Orleans at the beginning of March, following Tulane’s transition to online and dormitory evacuation orders which were announced on March 11th. In this interview, Sarah explained that she had planned initially to stay in New Orleans when the school’s in person classes shut down was announced, but soon after decided to return to San Francisco as she and her parents became increasingly scared by the amount of cases being confirmed in New Orleans.

She was upset by the suddenness of this evacuation, remarking that she was missing the rest of her senior year and was not able to have the rest of the semester in New Orleans before she graduated. In our interview, we discussed how well Tulane and it’s student body was reacting to the coronavirus crises, having to switch to online classes on Zoom and with social distancing orders in place. Sarah stated that she believed that most classes and their professors were adjusting well to the online class format, with certain learning curves for some professors who were not as accustomed to the technology.

When asked about how the student body is reacting to the transition, she stated “But I think because Tulane implemented all these changes before our spring break. That really made a difference because we kind of understood the gravity of the situation before we had a chance to go anywhere… I still think that the Tulane students in general are doing a pretty good job of social distancing because, well, also. Tulane is like known for their medical school in their public health schools”.  Sarah went on to say that she hoped those within the public health and medical majors were spreading the word to their less informed friends on the importance of social distancing and being careful of spreading germs during this period. Sarah also explained that she still had a full schedule, despite the quarantine, as she has a part time job at a media company that has also transitioned online.

When asked about how she believes the country as a whole is reacting, she commended those in charge such as San Francisco mayor London Breed, who was putting in place stricter social distancing orders and reaching out to the Vice President for funding to house sick patients due to hospital overcrowding. When asked on her opinion on how people are reacting and how things will progress from here, she stated “So I would say that I’m not really concerned that something’s going to happen to me, but I’m still being cautious because of my parents and I just, I just want everything to be over. So I want people to take social distancing seriously because a lot of people aren’t.” Her hopes are that people will take social distancing seriously, not just for their own health, but for the health of those around them and for the medical workers who are working tirelessly to help those in need and find a cure.

This piece was written for Betsy Weiss’s “Media Histories” course that is taught at Tulane University.

Dealing with adversity in the face of coronavirus
Audio and Podcasts

The foreign side of COVID-19: Graduating international students and their OPT year
Education

Spotlight on Maria Isabella Pontoriero: Human trafficking case manager and social worker at New Orleans Children’s Advocacy Center
Services Nonprofit
We use cookies to ensure that we give you the best experience on our website. If you continue to use this site we will assume that you are happy with it.Ok