Race and my life 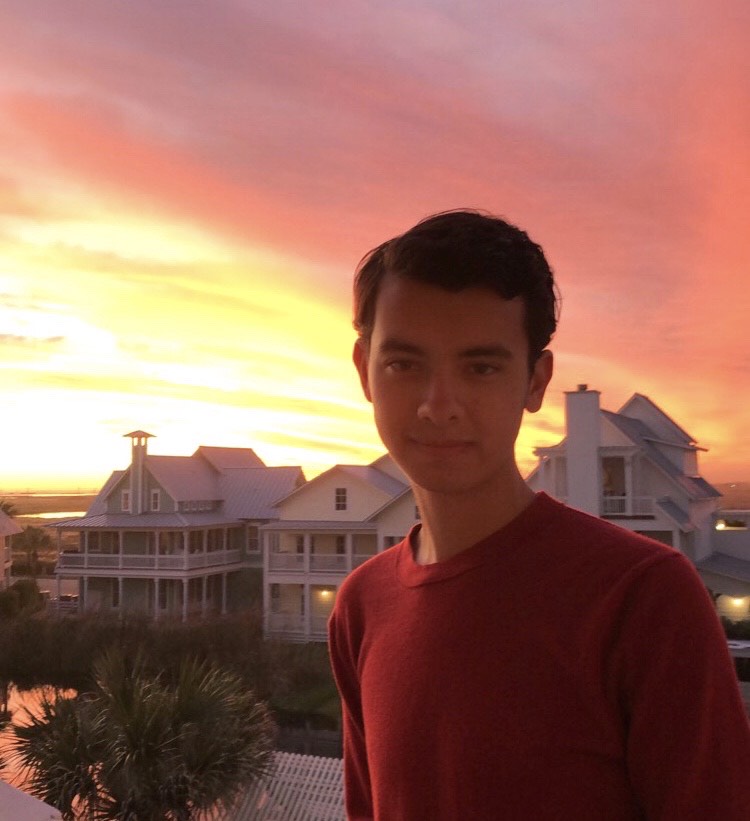 During my first semester at Tulane University, signs were found around campus reading “It’s okay to be white.” The signs were part of a larger nationwide racist and reactionary movement by politically organized white supremacists and neo-Nazis. My freshman writing professor briefly addressed, and condemned, the signs, and the class echoed her sentiment, noting how ridiculous the signs were.

I was the only student of color in the class. This realization finally brought to light the source of uncomfortable feelings I had felt since my first day on campus.

Coming from a public high school in New Mexico, I was used to a diverse student body—and not the “diversity” touted by Tulane, genuine diversity. No, Tulane, admitting wealthy white students from 40+ different states is not diversity, or at least not in any way that matters. I never really noticed the diversity of my high school until I got to Tulane, and I had experienced being the only Latino student in many of my classes.

My high school had a minority enrollment of 71% with 51% of students coming from economically disadvantaged backgrounds. In another instance, during a class discussion on what is or isn’t racist (in the context of a novel we were reading for the class), I looked around and realized there wasn’t a single black student in a class of over 20 people.

In these realizations about the racial disparity on campus, I began feeling what I’ll call minority-guilt. I characterize my minority-guilt as feelings of guilt and uncertainty that one feels as a person of color in a majority white environment. I felt that my feelings of unease and marginalization were all internal with no external validation. Was it just me being overdramatic? Was Tulane really this white? I felt it couldn’t be the case because the Tulane administration was so liberal with repeating how “diverse” their campus is; however, my experiences at Tulane as a racial minority are not unique.

Most every student of color at Tulane can tell you about a time when they were the only student of color in a classroom. For example, Zharia Jeffries, a graduate of Tulane University, wrote an article about her experience as a black woman on campus. Jeffries writes, “Imagine my surprise when I arrived for orientation and the close-knit family I recalled from preview weekend was nowhere to be found. Yep, orientation made that multicultural preview weekend seem like an HBCU (Historically Black College and University). I was not only the sole black woman, but the only black person in the entire orientation class” (6). The frustration and oddity of these experiences is further exacerbated by the reality of race when one steps off of Tulane’s campus.

There is a stark, unsettling contrast between the racial composition of Tulane and of New Orleans. Interestingly, it is difficult to find concrete data on the racial demographics of Tulane’s student body. Tulane’s website does not offer a breakdown, by percentage, of this information. According to collegesimply.com, Tulane is comprised of, roughly, 70% white students, 9% black or African-American students, 6% Hispanic/Latino students, and 3% Asian students. 8% of students can be considered low-income (4). The racial demographics of the city of New Orleans, in which Tulane is located, tell an entirely different story. According to the United States Census Bureau, population estimates from 2019 indicate that New Orleans is comprised of 30.6% white people, 59.7% black or African-American people, 5.5% Hispanic or Latino people, and 2.9% Asian people (8).

Tulane routinely uses the city of New Orleans as a selling point for prospective students, emphasizing the university’s connection with the city. The Tulane website’s “About Tulane” page reads, “Once you spend some time here, it will become clear how Tulane and New Orleans are connected. Tulanians – that’s what we’re known as – come from 58 countries and all 50 states. On average, students travel 923 miles to get here from home. In some places, that kind of diversity sticks out. Here, it blends perfectly with our surroundings. New Orleans is a melting pot of cultures, and our art, architecture, food and music show it – we’ve even got our own language” (1). Tulane’s appropriation of New Orleans’ diversity as emblematic of their own is offensive and misleading. New Orleans is in fact a diverse melting pot of culture, however that’s not what my educational experience at Tulane feels like as I routinely look around lecture halls with a sea of white faces.

And while Tulane’s racial percentages may resemble the nation’s overall racial percentages, it does not mirror the racial breakdown of the college-age citizenry. In 2018, Pew Research Center conducted a study on the racial and ethnic makeup of post-millennials. In his analysis of Pew’s data, Hansi Lo Wang writes, “While there is no agreement so far on what to call these young people born after 1996 — some say Generation Z, others iGen — researchers say there are demographic trends that separate them from millennials, who were once also heralded for their broad racial and ethnic makeup. The researchers analyzed post-millennials who are currently between the ages of 6 and 21. They found nearly half — 48 percent — are from communities of color.” (9). Not only does Tulane’s student body not accurately represent New Orleans’ population, it also does not remotely resemble the demographics of youth nationwide.

Tulane is not the only university that has problems with racial representation and the issue of race in college admissions is not new. In his essay “Racial and Ethnic Preferences in College Admissions”, Thomas J. Kane notes, “As the labor market payoff to a college education has risen and competition for admission to elite universities has become more keen, racial preference in college admissions has become increasingly controversial.” (7); however, Tulane is lagging in appropriate and effective efforts to combat racial disparity. While Tulane does adhere to certain principles of Affirmative Action and has stated its goals of increasing campus diversity, they have not made public their policies and strategies to achieve diversity, nor have they clarified what they mean by diversity. Tulane would benefit from adopting policies similar to those at the University of Maryland, College Park which have led to an increase in proper racial representation in their student body.

The University of Maryland, College Park, via their “Strategic Plan” and “Admission Review Factors and Process,” has made remarkable progress in ensuring that their student body is, justly, more diverse. In their “Strategic Plan,” the University straightforwardly declares some of their goals to be to “reduce the achievement gap for African-American/Black, Hispanic, and low-income students” and “expand the diversity of the graduate student body through collaborations with University System of Maryland partner institutions that focus on recruitment, academic success, professional development, and the creation of a supportive work environment for all students” (3). Some factors that the University has publicly listed as factors that play a role in admissions are “Extenuating circumstances, Socio-economic background, Learning differences, Race, Ethnicity, Family educational background, English as a second language/Language spoken at home” (2). These public policies seem to have worked. 48% percent of students at University of Maryland, College Park are minorities or students of color, which is equal to Pew Research Center’s data on the percentage of post-millennial people of color in the United States (5). This exact match-up is likely, in part, coincidental; however, it is also largely reflective of their success in achieving a properly diverse student body.

With all the progress that the University of Maryland, College Park has made towards creating a more fair and diverse student body, the college’s policies are still limiting. Afterall, while the policies I have listed such as a desire to “expand the diversity of the graduate student body” are useful in holding the University accountable and providing guidelines, there is no exact definition of diversity and no guarantee that policies will be followed through. So while adopting similar strategies like publicly listing goals of working towards increasing diversity and reducing the achievement gap for minority students would be enormously helpful for Tulane, there are further steps to be taken. To solve the issues that progressive schools like the University of Maryland, College Park still face, Tulane needs to provide quotas that the student body should meet each year that account for the marginalization and under-representation of marginalized groups.

By enumerating specific goals and policies in an easily accessible public format, like those in the University of Maryland, College Park’s “Strategic Plan” and “Admission Review Factors and Process” it will be easier for the Tulane administration to be held accountable for the demographics of the student body. Furthermore, Tulane needs to expound upon these policies and create an environment that not only promotes genuine diversity and inclusion, but guarantees it. Vague platitudes about diversity and a student body that is 70% white are inappropriate given the growing numbers of minority populations and a national history of discrimination and marginalization against people of color.

A Halloween ghost story
Creative Writing
We use cookies to ensure that we give you the best experience on our website. If you continue to use this site we will assume that you are happy with it.Ok