Local effects of a pandemic: The New Orleans music industry after Covid-19

Matt Sakakeeny is an anthropologist of music living in New Orleans and teaching at Tulane University. He documents the brass bands of New Orleans in various musical environments, writes essays and has produced public radio pieces on New Orleans musical culture. He is also the guitarist and bandleader of Los Po-Boy-Citos.

Matt is associate assistant professor of music at Tulane University and teaches courses on a variety of music genres and themes. Matt attended Peabody Conservatory in Baltimore and worked as a sound engineer in the Smithsonian Institution. He moved to New Orleans in 1997 and became co-producer of the public radio program “American Routes.” In 2003, Matt left to get his PHD in New York City, then came back to New Orleans in 2006 to begin his research on New Orleans music. Matt’s work centers on the issue of social justice in the local music industry, and he constantly seeks to understand the complexities of New Orleans’ musical culture. 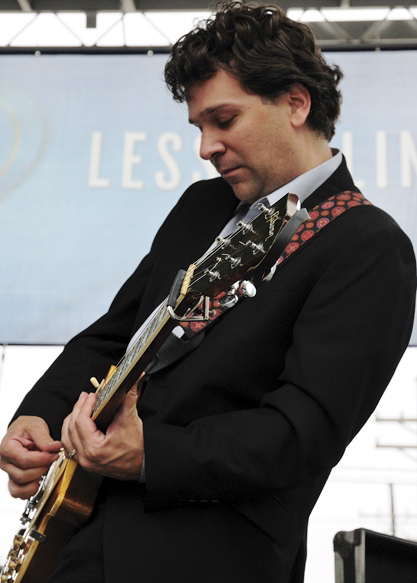 New Orleans is widely recognized as a breeding ground for musicians and a cultural hub for the broader music industry. Since late March, live musical performances have become a thing of the past, and the majority of professionals in the music industry have been put out of work. In order to better understand how the New Orleans music industry might be impacted by the Coronavirus, I will attempt to unpack the pre-existing conditions of musical creation, performance and distribution. To properly understand the economic structure and functions of music in New Orleans, it is important to consider the many aspects of musical performance that encompass the local industry.

Over the last two decades Matt Sakakeeny has researched and analyzed the local music industry in New Orleans. In my interview with Matt, we discuss the challenges and highlights that come with being a part of New Orleans’ music industry. Matt understands how musicians and music professionals function within the “Big Easy,” and he sheds light on how they might move forward in the face of a worldwide catastrophe.

New Orleans has historically provided an immense amount of opportunity for musicians to develop and perform. Local bars host new talent and attract crowds regularly. Events like Buku, Jazz Fest and French Quarter Fest consistently draw in thousands of tourists. Musicians gain a ton of exposure from live performances in New Orleans, and the music economy generates an astounding amount of money for the city. Both sides benefit, but the musicians are often underpaid, and those who help produce and run live events collect the majority of profits.

Matt highlights the idea that musicians are the backbone of New Orleans’ culture, and he explains how and why they are often undervalued for their craft. “Musicians on the one hand are, ya know, traction for tourists and for really anyone going out to hear live music; they’re the foundation of the live music economy, and of course the culture economy more broadly. But they tend to be the last to be paid, because the profits that they generate go to institutions like venues, like the tourism directors, the culture brokers that hire them, the festivals that invite them to play on their stages, and so on.”

New Orleans has cultivated a culture of musical performance, and in return, the city has built a reliance on live events. The gig economy has been completely disrupted by the coronavirus, and those who built a career through its devices are temporarily unemployed. Matt explained that “…the entire industry is ground to a halt, and it’s generally an industry where people get paid as a contractor, so there’s no salaried people who are continuing to collect income while there is essentially a lockdown against live music performances.” Matt’s short-term outlook is that anyone who works in a business directly associated with musicians is essentially out of work.

Performers have been finding creative ways to share their music through live feeds and paid online events, but they cannot sustain a career online. There are also very few opportunities for musicians to receive any sort of government support. Matt contends that, “Ideally musicians and workers in the music industry would be included in federal packages for bailouts and other types of assistance, but because they’re contract workers and don’t generally have a payroll stub, they’re almost always left out of any type of major federal programs that tend to be based on taxes and payroll.” Musicians were not prepared to deal with a crisis that eliminates social activity and decreases the value of live performance. Most industries are dealing with major disruption, but the entire foundation of the music industry has been uprooted and there are few viable solutions being discussed. 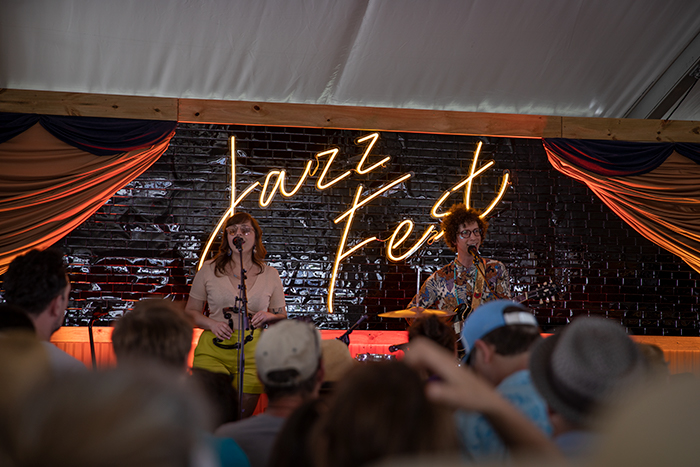 When life begins to transition back to normal, it may be difficult for the music industry in New Orleans to return to its previous state of activity. People will be hesitant to gather in large groups or attend festivals and concerts. There may be new regulations and standards by which the entertainment sector must operate, which could leave a serious lasting impact on the live music business. Matt mentioned that his friends in the industry are making plans for Jazz Fest to take place in October (it since has been cancelled entirely for 2020.) He is hopeful that events will return at some point in the near future.

On the other hand, he is concerned that the future consumer environment might not look or feel like the typical events associated with New Orleans. Matt claims that “… we can’t actually say for sure that those (festivals and events) are going to happen, and if they happen that they’re going to happen at the same scale and rate of pay that they’ve happened in the past.” The standards by which the music industry operates will be transformed by the coronavirus, but Matt, like many others, cannot tell exactly how or when these lasting effects will be exposed. Before the pandemic, musicians in New Orleans were supported by a community that valued musical performance and capitalized on the crowds it attracted. When live musical events resume, musicians may be performing for smaller crowds in a more exclusive setting. It is difficult to envision a future in which thousands of people are comfortable in a traditional festival or concert environment.

The future of the music industry in New Orleans is uncertain, but locals have faced this sort of systematic collapse in the past. In 2005 Hurricane Katrina devastated New Orleanians and forced the city to rebuild its musical infrastructure and image. There is much more ambiguity surrounding the coronavirus pandemic, but Katrina proved just how resilient New Orleanians can be. New Orleans maintained its culture of musical creation and performance, and slowly rebuilt its reputation as a hotspot for tourism. 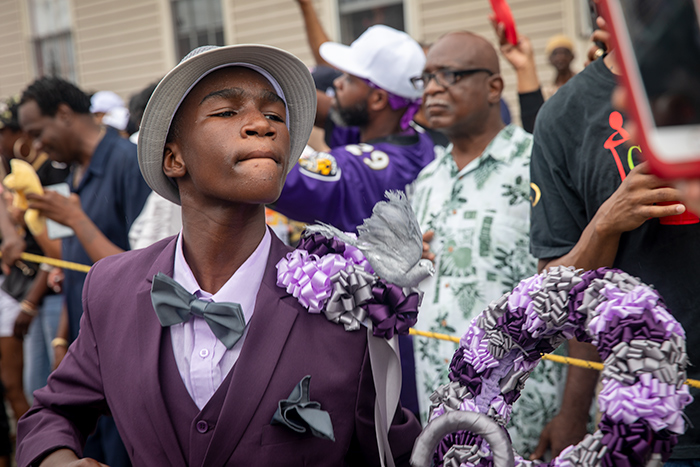 Matt stresses the idea that music-centric cities like Chicago cannot be compared to New Orleans. The music industry in Chicago generates an immense amount of value, but the content that is being produced is less dependent on its location and culture. Matt explains that “New Orleans is known as a city of jazz, it’s known as a city of brass bands and second line parades. It’s known as a city of a particular style of regional hip hop called bounce music. There’s local traditions of the Mardi Gras Indians that you just don’t have anywhere else. The music of the city is unique in that it’s very, what I call place-based; it’s very much attached to New Orleans itself.” The social and economic environment in New Orleans is regulated by the culture of musical tradition that consistently prevails. Music is an integral aspect of life in the Big Easy, and it ultimately creates demand to visit the city and attend live performances. If New Orleanians maintain their unique lifestyle of musical creation and performance, then the local music industry might naturally rebuild in the aftermath of this pandemic.

Before the Coronavirus emerged, musicians in New Orleans faced many challenges in building and maintaining a lucrative career. Matt emphasized the idea that those who create the music are often the people who struggle to survive on the value it generates. As local government officials scramble to cope with a revolutionized economic environment, the true economic value of musicians in New Orleans may be revealed. The gaps in compensation might become more visible, and the structure of the music industry could change for the better. This pandemic will undoubtably have a lasting impact on the musical culture in New Orleans, but hopefully it will highlight the city’s inherent need for musicians, creators and performers.