The other pandemic: Burnout Syndrome 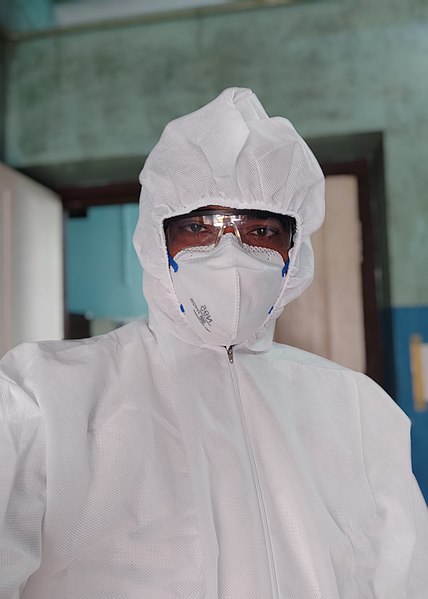 Closter, N.J. — These past six weeks have been an unprecedented time in the world as many countries have placed their citizens on lockdown in hopes of slowing down the spread of COVID-19. People all over the world have been confined to their homes and some are left with no jobs or means to feed their families. I want to explore the possibility that the COVID-19 virus may be accelerating a little-discussed syndrome, called BOS (otherwise known as Burnout Syndrome). My hometown in Closter, New Jersey has been on lockdown for a little over a month now with no stores open other than a supermarket and a Dunkin Donuts.

During my time in lockdown, I was able to contact a longtime friend whose father is a critical care specialist at Englewood NJ. According to his son, Dean, Dr. Pavlou has been working every single day at Englewood Hospital to combat the invisible virus that has claimed the lives of over 1000 people in Bergen County NJ. I was able to get on a phone call with Dr. Pavlou for a brief conversation about the state of affairs in his hospital.

I asked him when he first realized COVID-19 was a threat to the general public. He recounted by telling me a case about a 29-year-old physical trainer with no prior health conditions who walked into the hospital feeling ill and, within hours, had to be placed onto a ventilator as he was unable to breathe. I was surprised by how forthcoming Dr. Pavlou was with this information, but it quickly dawned on me that this has been an ongoing situation for him for over six weeks now. My main question during the phone call was how his medical staff was handling the pandemic. Dr. Pavlou seemed a bit rattled by the question. At first, he hesitated to respond and then said, “They have handled it amazingly, considering the circumstances.”

While I was relieved to hear Dr. Pavlou’s team had been handling it well, I sensed I was not going to get a revealing answer to possible signs of Burnout Syndrome. Reports from many sources such as wmcactionnews5.com have been reporting that doctors and medical staff from around the US are being fired if they speak up about COVID-19 safety concerns in their hospital. These reports are very worrisome because it appears that the CEO’s of these hospitals do not want the media knowing about the state of their medical centers or staff during the pandemic.

According to the report by the American Thoracic Society, The COVID-19 pandemic has led to an increasing amount of medical workers suffering from BOS without even knowing they have it. Burnout Syndrome is a state of emotional, physical, and mental exhaustion caused by prolonged stress that leaves a person feeling overwhelmed and unable to meet constant demands. Many people do not realize that they may be suffering from this mental condition because they try to chalk it up to just feeling stressed out. While people use stress as a motivator to stay focused on their work, chronic stress has been known to have some serious side effects that can greatly harm a person’s work and home life.

“Psychological stress develops when an individual’s external demands exceed their adaptive abilities,” according to this report. The world’s health care workers are dealing with these circumstances on an everyday basis. While Dr. Pavlou seemed completely fine during our conversation, I could hear in his voice the highest level of stress since I have known him. I would not be surprised if all the faculty in Englewood have at least shown one symptom that is indicative of BOS. While Englewood hospital in New Jersey may have a vast amount of resources to deal with exceedingly increasing demands, many areas from around the world are feared to be ill-equipped.

There are reports coming out of Spain that the national guard has been finding dead elders inside of abandoned nursing homes because the health care workers decided to leave them without any resources to survive. While this report suggests that these health care workers are selfish and uncaring, it may indicate that mass amounts of healthcare workers are suffering from BOS. Individuals who suffer from BOS are known to show symptoms, such as extreme frustration, hopelessness, lack of empathy, and acting unprofessional. Another surprising aspect of this syndrome is that it occurs in people with no prior history of psychological or psychiatric disorders. This accumulation of symptoms can explain why the Spanish healthcare workers abandoned the elderly people they were assigned to care for.

Cripplingly psychological stress develops very quickly when a person is placed in an environment where their workplace is more demanding than they are prepared to adapt too. We need to bring awareness to the world that Burnout Syndrome is a serious condition in these strange times. Healthcare workers would normally never leave these elderly people alone as their job requires a strong amount of patience and empathy, but COVID-19 has placed thousands of workers in an unsafe environment where Burnout syndrome is becoming exponentially more prevalent.

The piece was written for the class, Environmental Journalism, which is taught by Dr. Ned Randolph at Tulane University.

New Orleans: Recovery success story or case study in gentrification?
Neighborhoods
We use cookies to ensure that we give you the best experience on our website. If you continue to use this site we will assume that you are happy with it.Ok