Editor’s Note: Claire Bangser is a New Orleans-based freelance photographer and short filmmaker, and founder of the Roots and Wings Creative. Her work – spanning commercial and editorial projects – is centered around telling human stories powerfully. In February 2014, she started the popular New Orleans street portrait project NOLAbeings. Since then, her work has been featured by a wide range of media, including National Geographic, The New York Times, TIME, Wired, Glamour, Vox, Amazon’s DP Review, Le Parisien Magazine and New Orleans Magazine. 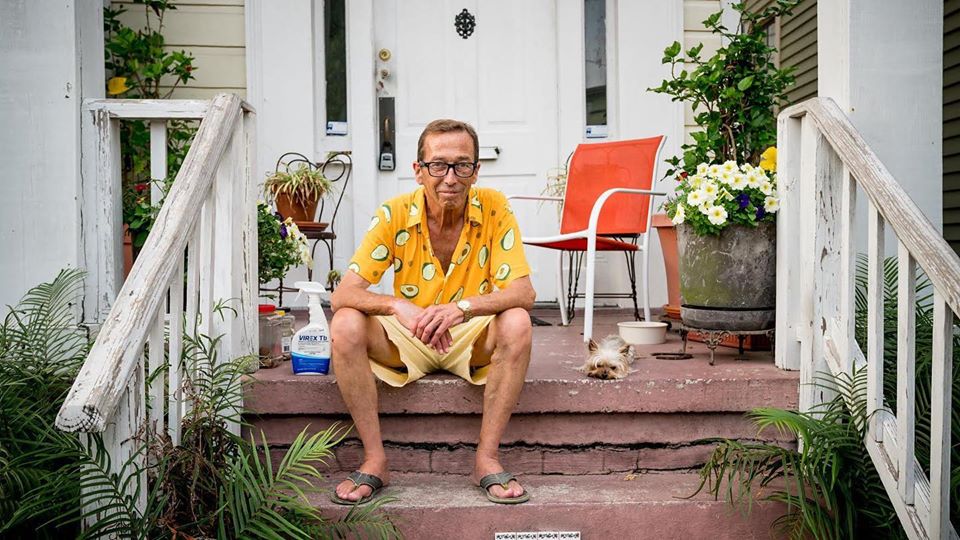 “It was a glorious day and I was sitting on the back porch. I think it was May 2006. A friend was walking by – he lived around the corner at the time – and we were chatting through the fence. I said, ‘Come in and have a glass of wine or something.’ And he did and I brought out some snacks. It was lovely – like maybe the gardenia bush in the back was blooming? I thought, this is a good idea! And that week two other friends asked, ‘Can we come over too next Thursday?’ I was like ‘Sure.’ That was fourteen years ago. Every Thursday night since then has been Neighbor Night. I’ve kept it up and it’s gotten bigger. It’s a dinner now. I cook. If I’m out of town someone else will host it, but just about 100% of the time it’s here and I cook. I love to cook. I love cooking for people.
Sometimes I can’t believe these people are in my house. It’s all colors, it’s all straight, it’s all gay. It’s movie stars and retired waitresses. And I don’t use paper plates for anything. I use china because people need to eat off of china.
It’s been an amazing thing. Babies have been born, people have died. Of the Thursday night people, the people who come… a couple had twins after trying for ever and ever. Another woman – someone said ‘I’ll get you a plate…’ and she said ‘You know what, my stomach [hurts]’ – and within three weeks she was dead of stomach cancer. My younger brother hanged himself in June of 2013, a Saturday. I did Neighbor Night that Thursday, and hate to think what would have happened if I hadn’t.
That’s Neighbor Night. We’re family now. We all would take a bullet for one another. And people have – they’ve done above and beyond for other people. The people that come have the kindest hearts. I’m lucky.
I’m most looking forward to Neighbor Night when this is all over. [Normally] this porch is never empty. And I don’t have any small pots… I can’t cook for one person!” #nolabeings #neworleans #neighbornight 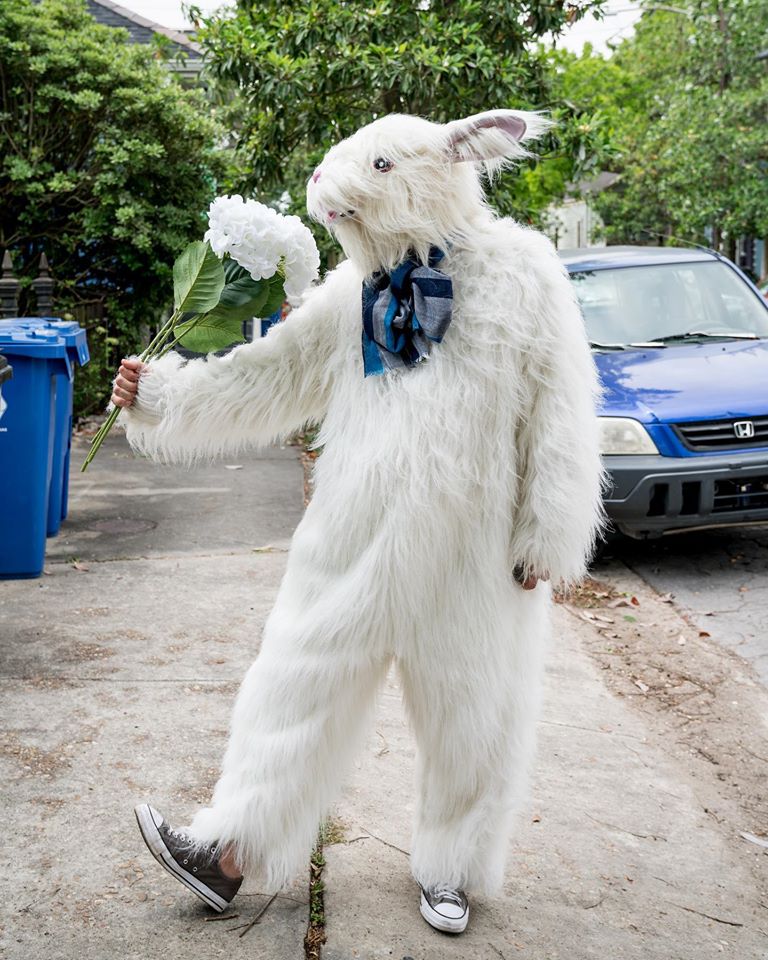 “I’m just out walking around the neighborhood bringing happiness to the sugared-up children and the drunk adults.” 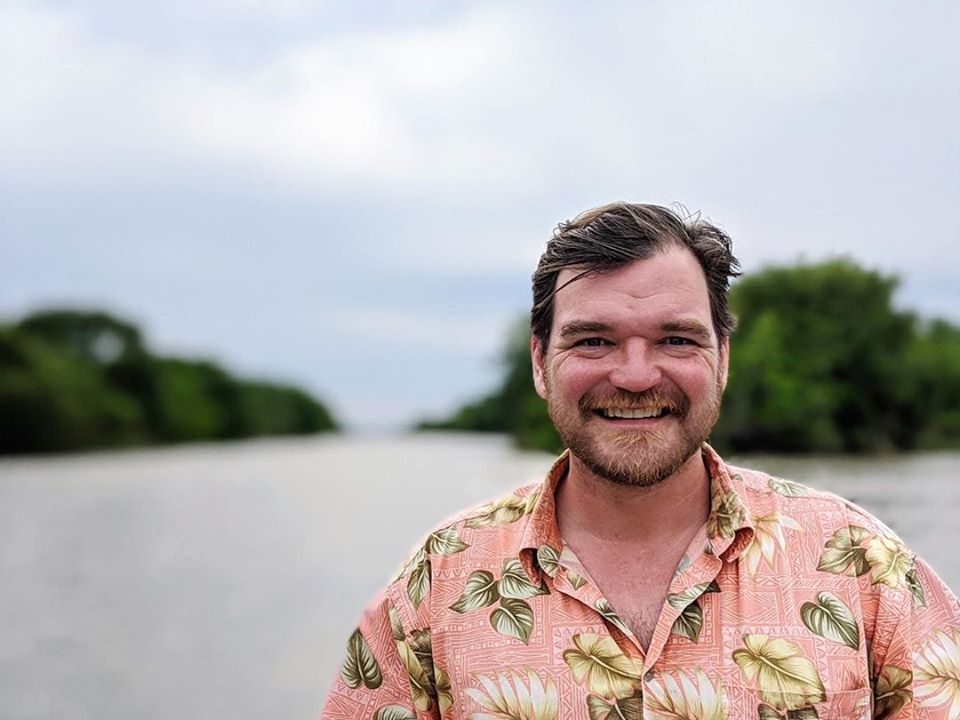 “When I was a kid, there was a dance studio on the way to school and the sign out front said ‘Free Lessons for Boys.’ It took me a while to figure out how to read it, but once I figured out what it said and I knew that my little sister was having fun at dance, I knew my parents wouldn’t say no to free lessons. So I started ballet when I was in kindergarten. From age five to fifteen I was a part of dance companies. I traveled and competed and performed. I did jazz, tap and ballet. I also played soccer and basketball, and football (but only for two years). I was always proud of loving sports and proud of loving dance and proud of loving music. I was fortunate to have my family’s support, but these areas of my life felt guided by different gender norms.

Becoming a PE coach has helped me integrate those different aspects of myself and to facilitate them for kids in ways that are gender inclusive. I work at a French Montessori school so I have been leading PE in French all year long.

As a kid, PBS was the TV that we were allowed to watch. It felt like we were sitting in front of Mr. Rogers every day. And I was certain he was looking right at me. He was a very gentle and affirming presence. [After schools closed] I was on a walk in the park and wondering aloud, ‘what would Mr. Rogers do?’ to speak personally and on a kid level. That’s when my Mardi Gras costume came to mind.

The fitness routines, the yoga, the dance parties are not new, but the banana outfit was one of my Mardi Gras costumes so the ‘Coach Banane’ part is new.

I’ve gotten plenty of really warm and grateful comments from parents, and a few videos with greetings from my students that have been really heartwarming. A couple parents have sent videos of the kids doing the exercises in front of the screen, or one family just sent a ‘Bonjour Coach Banane’ video of the kids waving. I love it. It’s so strange to be social distancing when I’m used to getting hugs on my knees all morning long. It’s lovely to have a little piece of connection.” 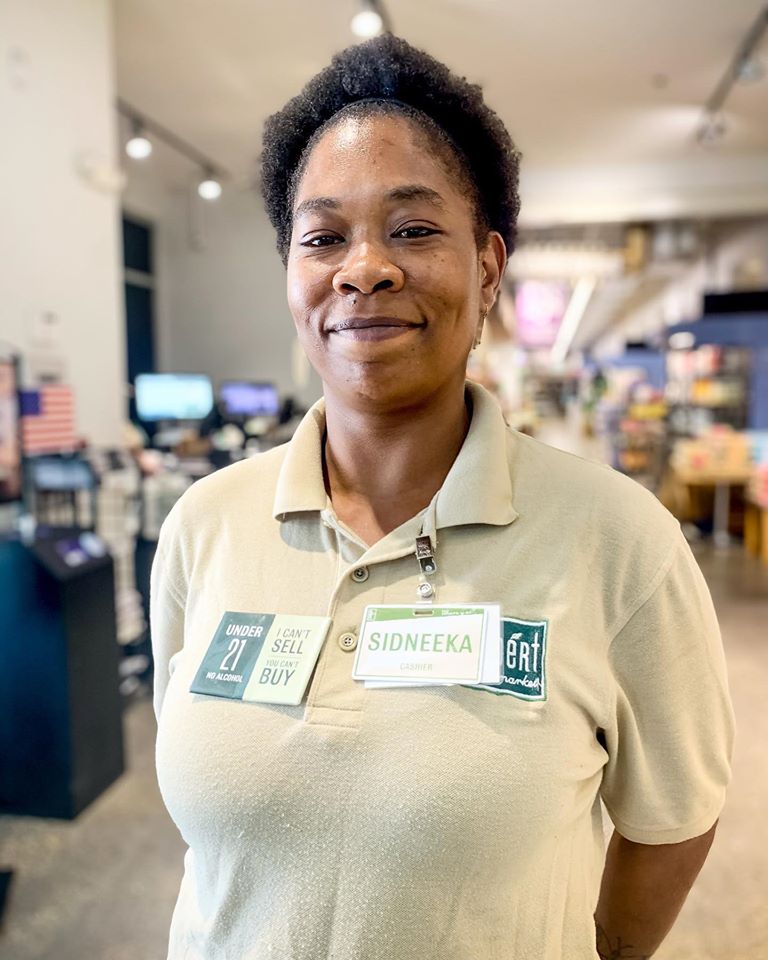 “I wake up to a bang on my door, and it’s the sheriff getting ready to put my items out. All the man said was ‘The owner sold the property. He wants you off the property. He wants you out of the house.’ So they’re running around putting my items outside and I’m running around trying to gather most of my important things, because I didn’t have any knowledge of this. I didn’t have any knowledge of him selling the house. If I would have knew this I’d have had everything packed up and bagged up, ready to roll. I probably would have got a U-Haul. That was after the coronavirus had started spreading… I was evicted during that time. On the news they would tell you that the judge had stopped the verdict for anyone that had any evictions, that they couldn’t put anybody out. But this landlord still did it.

The first day, me and my kids went to a motel. The second day I went to one friend’s house. And then these couple of days, I’m in between my mother’s house and this one friend’s house. I have my 18 year old and my 23 year old staying with my mom, and the two that are living with me now are 12 and 13. I have asthma and my mother and my oldest child both have asthma. It’s kind of hard, because before I get in the house I sort of have to strip outside, you know, just to make sure if any germs are on my clothes I won’t bring it inside of the house. As far as gloves, hand sanitizer, me wearing a mask – that’s sort of all I have right now. I try to keep a positive attitude with my kids, I try to keep praying. And crying. Crying helps me to release some of the stress.

I’m at a loss for words, because I have a job, but they cut my hours so I’m only working three days now. I just found a new house and the lady is asking us for $1,500 for a deposit. And I’m not going to lie to you, I have $200 to my name. I don’t know if I should give that to the lady to hold for the house, or try to keep us fed until my next payday. That’s my dilemma right now. I don’t want my kids to have to keep running from pillar to post throughout this ordeal.” #nolabeings #neworleans

UPDATE: based on requests from the NOLAbeings community, we’ve set up a Go Fund Me page for Sidneeka here: http://gf.me/u/xt38hk . Obviously this is a tough time for many many people right now, but if you are able to contribute, it is much appreciated! Prayers and blessings are wonderful too! 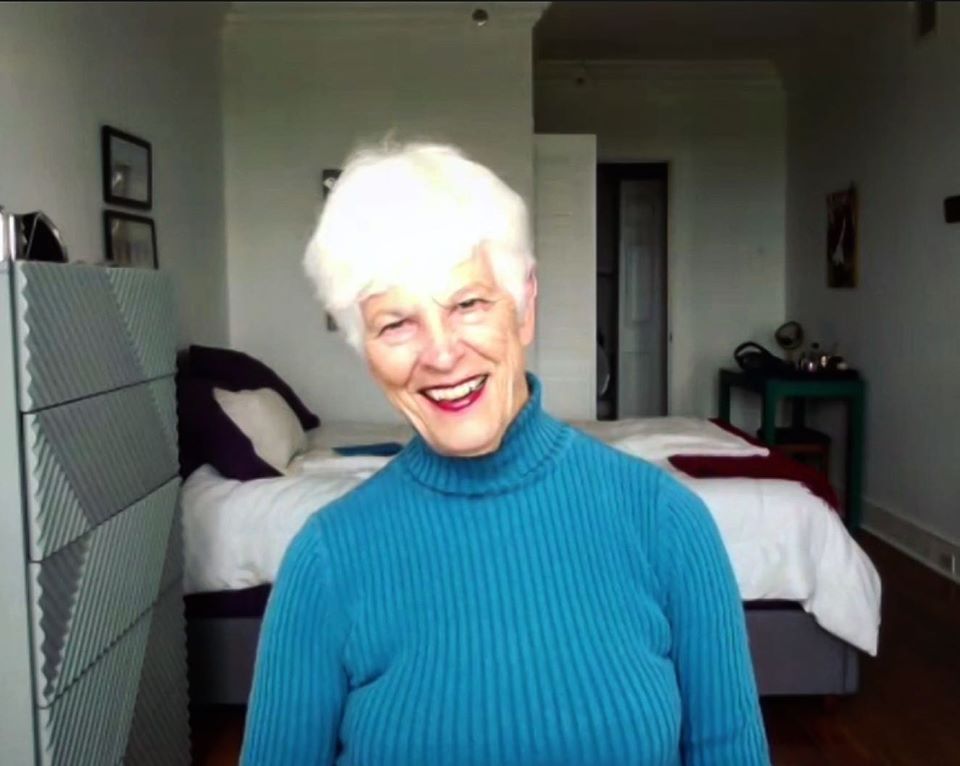 “My mom lived here 20 years ago. She was one of the first residents of Lambeth House and I loved it back then. I thought, when I’m ready to retire, I’m going to live there. So I moved here 2 years ago February. I have loved it. Every minute of it.

Every morning I walk five miles in our parking lot. I do a mile and then I come in and drink water and then I do another mile. I keep track of all my steps on my iPhone. I also found online that the New Orleans Ballet Association teachers have created YouTube sessions for stretching for seniors and yoga, so I walk in the morning and then in the evening I do the stretching.

Up until the restrictions on going out were imposed on the city, every day at 5 o’clock, we had entertainment coming to the parking lot. One evening we had Bryan Hymel, the fabulous tenor. He’s a local person but he has sung opera all over the world. He came and sang – we all went out on our balconies – it was just remarkable. Another night we had a man playing bagpipes up on the levee!

The last couple of nights we haven’t had anything so somebody called me and said “At 5 o’clock today, go out on your balcony with pots and pans or whatever you have, and just make noise” – so that’s what we’re going to do. I have some rattles that I got in the Amazon. They are medicine rattles – they’re supposed to drive away evil spirits. I’m going to take my rattles out to my balcony and rattle along with the pots and pans and whatever else people show up with.

There’s a lot of feeling that we’re really all in this together. And even though some of our best friends and people that live down the hall are succumbing to this virus, we can help each other stay strong.” #nolabeings #neworleans

Nolabeings
Extra/ordinary
We use cookies to ensure that we give you the best experience on our website. If you continue to use this site we will assume that you are happy with it.Ok