Dear Big Chem-EZ: Advice for supporting women in the science and engineering workplace

Editor’s Note: There are a lot of questions when it comes to water, soil, and the air we breathe in New Orleans, so ViaNolaVie teamed up with the Chemical Engineering Service Learning Class at Tulane University, taught by Dr. Julie Albert, in order to get some of these questions answered. The series is called “Dear Big Chem-EZ” (think “Dear Abbey” but with less about “Why does my partner ignore me?” and more about “Can I actually drink my tap water?” and “What’s that smell outside my house?”). The series will be published the second Wednesday of every month. If you have questions you’d like answered, send them to kelley@nolavie.com.

What are some ways I can be aware of sexism or discrimination in the workplace?

I’m glad you asked! Women often ask what they can do about encountering discrimination, so this is a great opportunity to discuss what others can do to eliminate it.

The most important step toward eliminating workplace discrimination is awareness. Women are often discriminated against in ways that are not overtly sexist but are  manifestations of subconscious biases. These types of sexism can happen in many ways, such as forming opinions of one’s abilities before knowing them. This usually happens based on appearances — gender, skin color, how an individual talks, their mannerisms, their attire, etc.

In order to combat this, awareness is key. If the offender were to question why they thought these things and were aware of the impact they had on their behavior, they can start to think critically in the future. This would be a great start for anyone trying to eliminate the unhealthy workplace behaviors they may be guilty of. 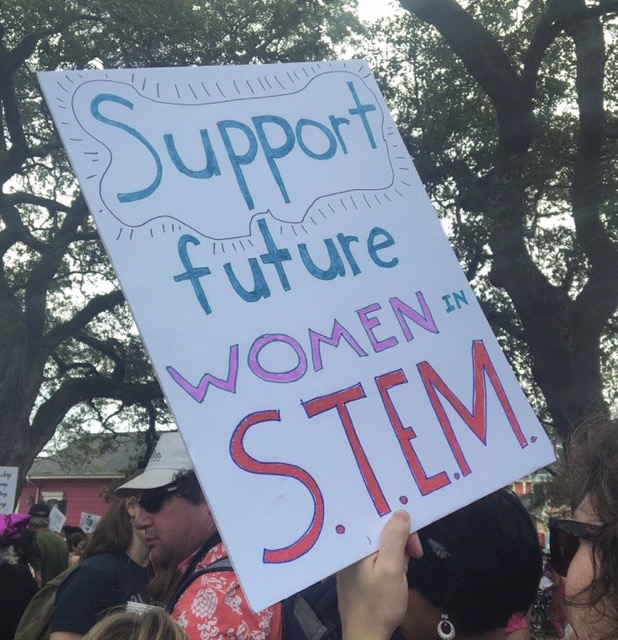 A more specific behavior it is important to avoid is male-to-female condescension, or ‘Mansplaining.’ Mansplaining is when a man explains a concept to a woman in a manner that is patronizing, assuming that they don’t understand the concept or need extra help. It is often done subconsciously, which is why it’s important to be aware of both tone and the explanation. Going along with my earlier point, it’s also crucial to avoid making assumptions by asking if a woman needs explanation before beginning.

Mansplaining can be easily recognized whenever someone is over-explaining simple concepts. Unfortunately, this happens to women in male-dominated fields all too often. When looking to create a work environment free of sexism, eliminating mansplaining would be a great improvement.

Another crucial step in eliminating workplace sexism is being aware of how a woman’s experience has differed from yours.

A study at Brown University showed that students in the same socioeconomic class had boys consistently being rated better in math despite entering school at comparable skill levels. This was hypothesized to be due to biases among educators and parents. As a result, they found that girls were not encouraged to assert their opinions the way that boys were. This is often why female intelligence and capabilities go unnoticed. This is just one of the ways sexist notions can carry over, and manifest in themselves in adulthood.

So what does this mean for women? It means having to work significantly harder to portray the same image. It means feeling a constant need to prove oneself. It means often having one’s authority undermined. So if a woman gets upset at a comment you don’t perceive as problematic, try to understand that it could be coming from a place of frustration you haven’t experienced.

Workplace discrimination and sexism can be tough to combat; it can be present in many ways and caused even by those who try their best to avoid it. There are countless ways to try to avoid sexism, but three steps to start with are: awareness, removing assumptions, and understanding women’s experiences. Working to accomplish these three things will go a long way in making the workplace more welcoming to people of every gender.