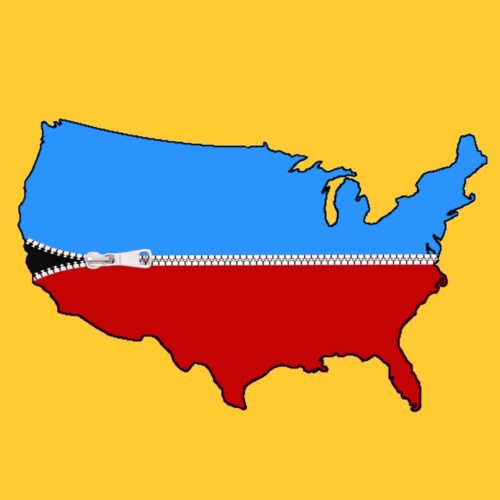 College orientation is filled with fleeting introductions and stilted small talk. Though a handful of conversations will kick-start long-lasting connections, the vast majority of first-week encounters leave a student feeling strained and self-conscious. At least, that’s how it was for me.

“Where are you from?” a new acquaintance would ask innocuously, going along with the traditional introductory script.

When I answered “Jackson, Mississippi,” I was greeted with either one of two responses.

The first, more palatable response was “Oh! Like the Johnny Cash song!” I’d smile and nod, thankful that they had taken the more genial route.

More times than not, though, my response was greeted with an uncomfortable silence, a questioning stare, and a subdued “…Oh,” betraying their cramped feelings about my hometown and asking silently with a glance whether or not I was one of those Southerners.

“You don’t seem like someone who would be from Mississippi…” they’d say in a backhanded effort to compliment me and malign my birthplace, making discursive leaps to try and elevate me above my statesmen.

I grew so used to this reaction that I began trying to justify and palliate my response immediately after admitting where I was from — bookending my reply with a desperate “But I swear I’m not racist…” which only served to open up an avenue for further narrow-minded criticism.

After a series of noxious jokes about whether or not Mississippians wore shoes, they drove the final nail in the classist coffin.

“Do you ride tractors to school?” they snickered, an ill-intentioned and damaging query that betrayed their ignorant and snobbish view of the south and the people who live there. The conversation always ended with a saccharine comment about how my accent was “so cute,” patronizing me and boxing me into whatever narrow definition of southerner had been fed to them.

Though Tulane University is located right here in New Orleans, it has an overwhelmingly non-southern undergraduate population. Paired with the high-class upbringings of the majority of Tulane students, it makes sense that parochial visions of a wholly repressed South run rampant, likely passed down through the generations by virtue of wealth and elitist pedigree.

The economic segregation and geographic biases present in Tulane’s student body illustrate the yankitism that has pervaded the Tulane bubble.

Patrick Huber, a renowned historian, explores the ways that sectionalism intersects with classism, an issue that is still present in New Orleans and Tulane University. Huber researched the history of uniquely southern put-downs such as “redneck” and “hillbilly,” exploring the origins of these terms and the ways in which they were fashioned and wielded against working class southerners [5]. Language, as James Baldwin asserts, “reveals the speaker” and “define[s] the other” [2]. The high-class, non-laboring southerners revealed their class solidarity and prejudices by “othering” the poor working man. Considered a “class slur” in the late 1800s, “redneck” began as a pejorative term used by middle and upper class farmers and professionals in an effort to distinguish themselves from the “white dirt farmers, sharecroppers, and agricultural laborers” whose necks were burnt red from hours of vulnerable field work [5]. The attempts of high-class southerners to elevate themselves above their work-worn countrymen is a form of “othering” that parallels the discursive avenues taken by some upper-class Tulane students in their interactions with me and other southerners.

Because the term “redneck” is inextricably linked with racism, the classist roots of the word are (justly) overshadowed by its racial connotations. This presents another issue that must be examined: the delicate placement of the brunt of racial prejudice on the strained backs of laboring southerners.

Huber explores the “hypocrisy” of pointing fingers at white laboring southerners “as the only racists in America” and decries the ways in which pop culture reinforces these negative stereotypes [5]. Racism is entrenched in American culture nationwide, not just in the south. About half of black people and over a third of Hispanics have reported facing on-job discrimination versus “only 14 percent of whites” [1]. Often, though, it is more convenient to portray racism as a uniquely southern problem than to address one’s own biases (racial and geographical) and those of one’s home state.

Historically and presently, the South has been “othered,” defined as America’s “antithesis,” dimming “America’s self-idealization” [4]. The South and the people who live here embody this two-ness, holding the difficult and contradictory elements of southernhood inside of them. The majority of southerners are distinguished as such by their accents or other attributable factors and are then defined, “morally as well as cognitively,” as southern by other people regardless of whether or not they themselves identify with the region. This compels northerners to communicate to people they “perceive to be southern…as if they were ‘southerners’,” working to simulate and replicate regional clichés [4]. These interactions with others cause those who are marked as “southern” to understand themselves as such.

Though I was out of touch with and resentful of my “southernhood” during my adolescence, when I came to Tulane and was clearly and unarguably marked as “southern,” I went through a process of reclamation, learning to proudly claim and shoulder my regional identity. I came to recognize and appreciate the humid southern nights and the magnolia tree rooted in my front yard, working to distinguish the South I know and love from the hate-filled and callous image of southernhood that is projected upon me.

This separation of my true south from the negatively stereotyped one is an ongoing and very personal process. I am working to accept the full weight of our maligned past and look towards a kinder future, one that embodies the South’s gentle and beautiful aspects instead of the antithetical role that has been assigned to us.

In order to rehabilitate the South’s reputation, we must address its torrid past and critically examine the roots of negative stereotypes. Retaining the image of the South while still acknowledging its damaging past is a tricky balance to strike, but it has been achieved in places like Senegal.

Historically, Senegal’s education system was rooted in French colonial teachings. France used Senegalese schools to perpetuate a Euro-centric, pro-colonization mindset that prioritized European historical and cultural teachings over Senegal’s own [6]. This Euro-centric curriculum prompts many young Senegalese students to drop out of school. They did not see their own culture and history taught in schools, so they looked to hip-hop to see an empowering reflection of their cultural identities that wasn’t filtered through colonial institutes.

Senegalese hip-hop presents the historical and present struggles of the community in a medium that attracts and empowers young people, working to dismantle the colonial mindset reproduced in traditional schools [3]. The goal of this redirection is not to erase or cease the teaching of European history and culture, but to prioritize the Senegalese experience over that of their oppressors.

A similar approach could work for the refashioning of the Southern image as we work to educate others about the nuance of the South without reducing its people to a convenient stereotype. Institutions of education in New Orleans, public and private, ought to adopt a more holistic approach to the teaching of southern culture. By showcasing local and regional artists, musicians, poets, authors, etc., that embody the dual nature of the South and live as a testimony to fulfilled southern potential, students from lower school to college would glean a more comprehensive understanding of regional identity. They would begin to reject ill-intentioned synechdoche, understanding that you can criticize a part without degrading the whole.