Artist in their own words: Michael Rader 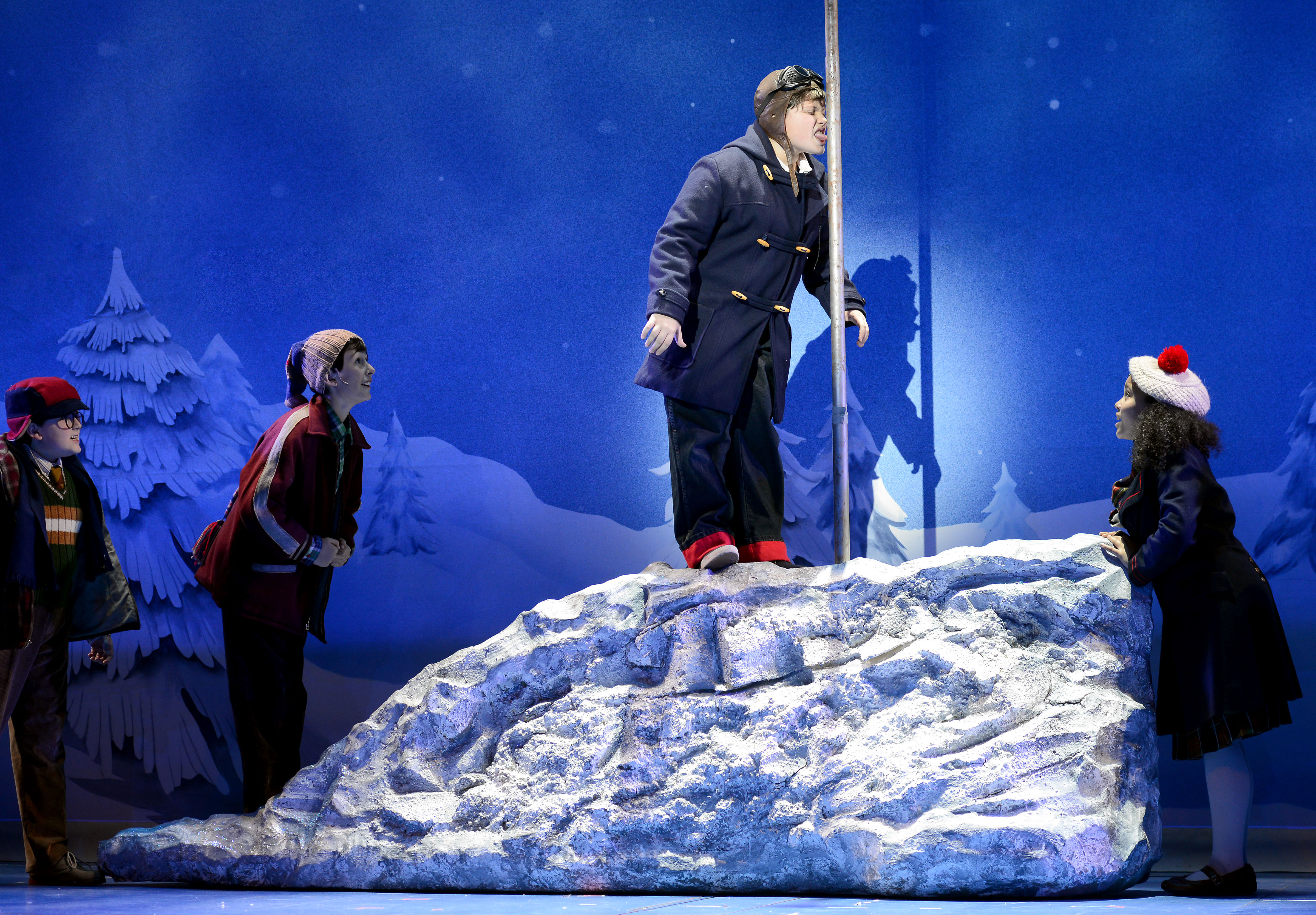 The cast of A Christmas Story, The Musical. (Photo: Broadway in New Orleans)

What: Associate Director of Broadway’s A Christmas Story, The Musical, which will be on stage at The Saenger Theater from December 17-22.

A Christmas Carol that’s in his head you might not expect: “I grew up on Amy Grant’s Christmas album, and there’s one song I’m always thinking about during the winter season. It’s called a ‘Tender Tennessee Christmas.’ It sounds like a random pick, but it’s such a sweet song.”

KC: People know the movie version of A Christmas Story, and you then have to revise it for the stage. How do you envision something new from something that’s familiar or even comforting to you in order to reshape it?

MR: I have seen so many adaptations that have been made from movies into Broadway shows or into plays and musicals. And I think that they all have varying degrees of success.

A Christmas Story was a movie that I grew up with and was a staple at the holiday to my family, so when I heard that they were making it into a Broadway musical I was really concerned because I love the movie so much. It’s touching; it’s funny.  In other words, I was trepidatious about going to see it initially when it was on Broadway.

But, I did go, and I thought it was one of the best adaptations from a movie to a Broadway show that I’ve ever seen. They improved upon it. The father-son relationship is more solid, and you still get all of the iconic moments from the movie that you expect — the bunny suit costume and, of course, the lamp.

What’s also different to re-imagine for the Broadway show is that we have hound dogs that travel with us. We have trained dogs that are so amazing in the show.

Overall, it’s the story that you’ve come to expect and putting it on stage adds to that. Take the fact that it’s a seasonal show, meaning you can only run it during the holiday season because nobody really wants to see A Christmas Story in February. In the history of Broadway, it’s the only show in that category and that’s a feasible show that has been nominated for a Tony Award, which I think says quite a bit.

KC: We know every family member, well, besides the dad in A Christmas Story, wants to see the leg lamp destroyed. If you could get rid of or destroy any decoration that you wanted, what would be on your decorative chopping block?

MR: It’s not exactly a decoration, but my mom drove a pink Cadillac. Growing up, she sold Mary Kay products, and she used to drive that car all around town. I would have to go to high school in that car. I went to my first homecoming dance in that car. And so, I often fantasized about that car crashing and going up in flames.

KC: As a director, when do you get to stop directing and simply observe and enjoy?

MR: It’s hard because my other job is running a theater, so I’m an artistic director of a theater and an associate director of this show. My job, basically, is to have a critical eye watching theater. All of the time.  Whether it’s a production our theater is putting on, or if I’m going to a show somewhere else, or I’m scouting to see what would be a good fit for our theater, I’m always watching with that critical eye.

Therefore, it’s challenging to turn that off. Although, I have to say — and this is going to sound cliche as the director — but I look forward to this show every year. This is our fifth year, and every year I look forward to starting rehearsals.  I love that the show has so much heart, and with this show, I can just relax and enjoy it. I’ve probably seen the show over 100 times, and I never grow tired of it. We have a production number of 20 leg lamps that light up on stage. I mean, who’s gonna not be entertained by that?

KC: If you could learn a craft from the past, what do you feel like you would like to learn?

MR: I wish I could be a better cook or a better baker. When I see these cooking shows that are on Netflix and our TV,  I watch the skill of these people, and it’s just fascinating. I wish I had developed that more. Right now, everyone is baking these holiday cookies for cookie exchanges, and I’d love to be able to simply go home at night and bake really amazing chip cookies.

Although, I’d rather be able to whip up some amazing homemade pasta. A really good Italian or general Mediterranean dish; that would be ideal. I think that is such an amazing skill.

We actually had a woman on tour with us who made the most incredible food in her hotel room. We have kids in the show, and she was one of the moms, and this was in Kansas years ago. She actually cooked salmon for us in her rice cooker. She wheeled that in for one of our parties, and we were all like, ‘Uh, how did you cook this is in your hotel room?’ She said, ‘you just need a rice cooker.’

To cook salmon in a hotel room and not have anyone die from food poisoning, now that’s a skill.

KC: What’s a part of A Christmas Story that sticks with you all year long?

MR: For sure the father-son relationship. There’s this beautiful monologue at the end of the show where Jean Shepherd, who is the narrator throughout the entire play, says, “Yes, to me, that BB gun would be the best gift I ever got my entire life because it came from my dad. My dad gave that to me.’

I get goosebumps every time I hear or say that line. It’s such a touching moment and audiences always respond. For me, I grew up watching this story with my dad, and it’s a special bond that we have now. It shows the effects of storytelling on us, and it’s amazing to now be a part of this Broadway show.

You want to hear something funny? After my dad heard I got this job, he went out and bought a Red Ryder Wagon for me.

You can see Broadway’s production of A Christmas Story, The Musical, which was nominated for three Tony Awards, including Best Musical, at The Saenger Theater from December 17-22. Times for the performances vary, and you can see a full schedule and purchase tickets here.