Food insecurity in New Orleans is a continuing challenge

The following article, originally published on June 12, 2019 by Chris Jolly, reflects on food insecurity in New Orleans. With food being as important to New Orleans culture as it is, it is so important to take a step back and reflect on access to food in the city that worships it, especially during a time of year where food is so central to identity and celebration.

Editor’s Note: This content was originally published with Big Easy Magazine, a publication dedicated to being a progressive voice for New Orleans and a soapbox for residents in every neighborhood. You can find this article and more content all about the Big Easy here. 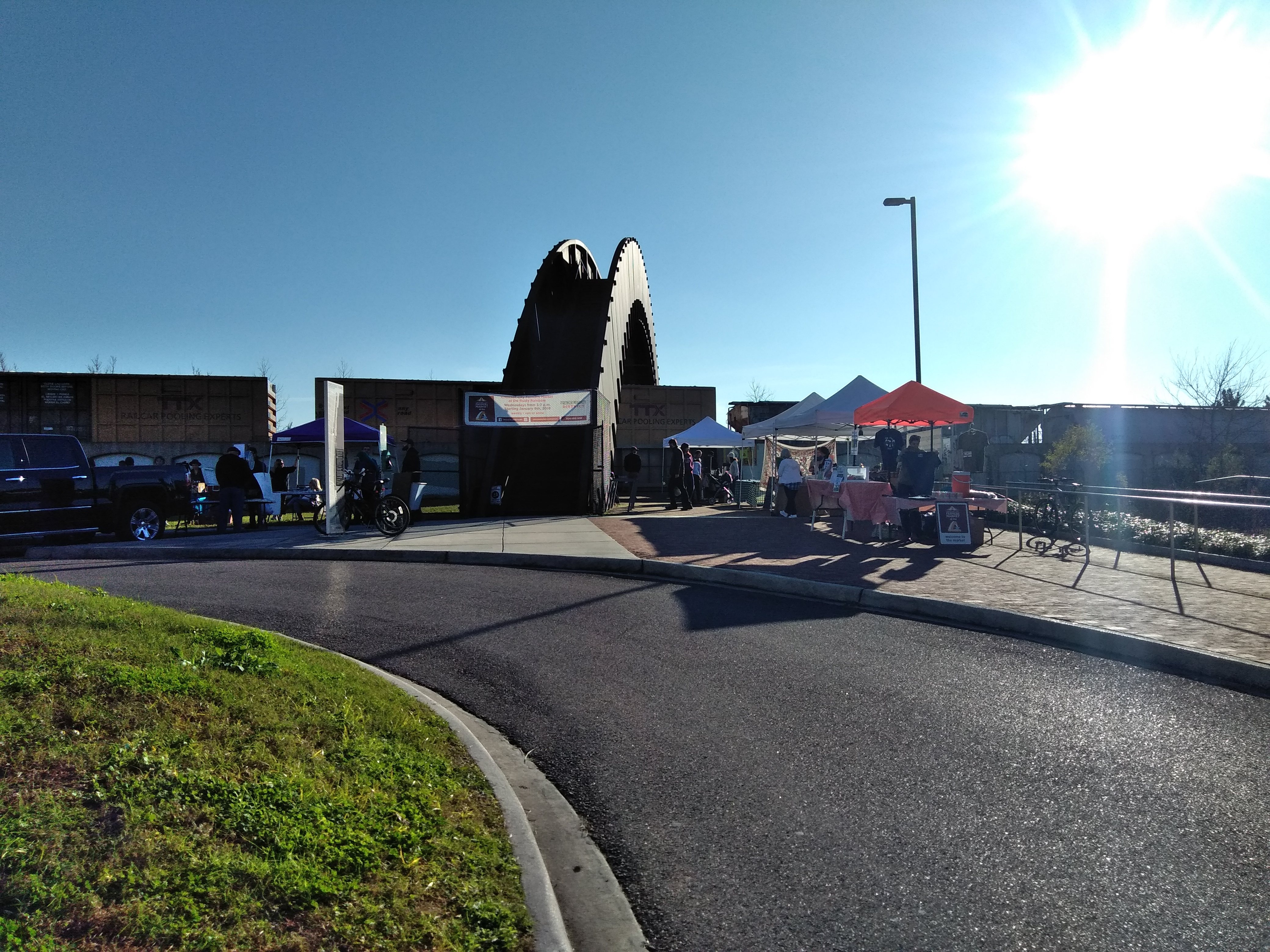 On one table, green(s) as far as the eye can see—cabbage, lettuce, the exotic and alien looking kohlrabi. On another the pinkish radishes, tinged white on the ends, blare into contrast besides tomatoes that vary from small to large, uniform to…less than, and splay a palette of various hues of green, orange, yellow and red.  A few more paces down reveal the deep, fleshy crimson tones, topped with green, evidence that strawberry season is already creeping up on us.

At the foot of the Rusty Rainbow and one of the entrances to Crescent Park—with the Mississippi rushing unseen on the other side—and a two-piece ensemble mirthfully banging out some upbeat jazz tunes into the surrounding air, embellishing the ambiance, the farmers market that has departed its old—and cramped—home in the French Market has just opened, and already people stream into the parking lot and up to the vendors, ready to browse and shop. “Definitely a larger turnout than at the French Market,” the gal working the market info tent remarks. “There’s a lot more space here; we have four times as many vendors now.”

From the farmers and producers at this market to the grocers, restaurants and other businesses they serve, New Orleans is known for its food—people come here just to eat.  There are various food-centric events on any given night in the Big Easy, and what seems like a different food festival every weekend: Po Boy Fest, mac and cheese fest, Top Taco, Tales of the cocktail, Blues and BBQ, Gumbofest…heck, even the Creole tomato gets its own shindig. But while others travel from all over the country—and the world—to come and sop up some of that NOLA flavor, some folks who live here have a hard time simply finding fresh fruits and vegetables in their own neighborhoods.

Though it has recovered significantly since Katrina, which wiped a number of the city’s grocers—after which it was named the number one food desert in the country—food insecurity and access to fresh and healthy foods continues to be important and underserved issues in a city that has built its culture and reputation around eating. Overall, the national average is one grocer for every 8,500 people. In New Orleans, it’s one in 14,000. The generally accepted definition of a food desert is when there are no stores with fresh fruits and vegetables within a one-mile radius.

Until 2010 there wasn’t a single grocery store from the lower ninth ward all the way along St. Claude up into the French Quarter.  While a number of enterprises have gone in to fill the gap in that area, as of 2017 50,000 New Orleanians still lived in a food desert.  As nearly one-quarter of households don’t own a vehicle—a number more than double the national household average–that often means various bus and streetcar trips, sometimes over the span of many hours. Is it any wonder—in the face of an entire afternoon spent just making groceries–that people end up getting whatever processed junk is at the corner store? 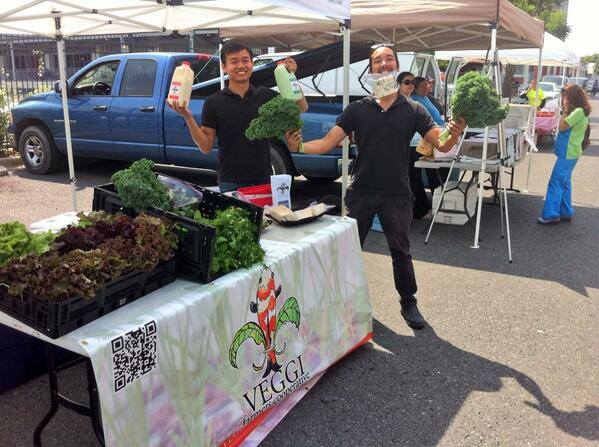 Louisiana has the second highest food insecurity in the nation, growing at a rate that is eightfold the national average since 2007. About one in four New Orleanians qualify as food insecure, and nearly an equal number receive SNAP benefits. Recent shakeups in the landscape—including the closing of Hollygrove Farm—have further imperiled access to fresh foods for some.

While Farmers Markets were originally slower to catch on than in other parts of the country, they now flourish across the city on an almost daily basis. Featuring over 80 different farmers and producers, the markets serve more than 100,000 customers each year. And now Market Umbrella, the non-profit responsible for the Crescent City Farmers Market series, has not only moved the Wednesday market out of the French Market to its new Bywater location but also added a second Wednesday market at Oschner. Both markets run from 3-7 PM, rain or shine.

Working with a grant from the W.K. Kellog Foundation out of Michigan to make fresh foods accessible to low-income individuals in New Orleans, Market Umbrella rolled out two new programs within late 2018.  Just what these programs offer, and how well they are assisting New Orleans residents with the most need to access fresh fruits and vegetables is precisely what I am at the market to find out—that, and maybe to grab some greens for my morning smoothies, and a fluffy, flaky, surprisingly-gluten-free pastry from South of Eden.

I spoke with the director of the two new programs, Emma Kibort-Crocker to find out more. Breaking occasionally from our conversation to pass out the brightly colored tokens to program participants, she told me this:  first program, Market Plus, is for families who receive WIC and provides them with $48 a month, for up to six months, to spend on fresh fruits and vegetables at the market. “Enrollment for that program is closed,” Kibort-Crocker tells me. “We have about 110 families signed up.”

The second program, Market Mommas, is similar, but for breastfeeding mothers who receive either Medicaid or WIC. It pairs them with a breastfeeding support group. “Each month that they attend a class,” explains Mrs. Emma, “they receive $80 to spend at the market, for up to six months,” this, again, for fresh fruits and vegetables.  Enrollment is still ongoing for Market Momma’s, which presently serves about fifty breastfeeding moms.

I was able to catch up with one of these new mothers, Candice Scott. “It’s my first time at the market, at least, since I was a kid,” says she. When I asked her where she normally did her grocery shopping, she responded quickly, “at Walmart,” before stopping, looking at me thoughtfully, and adding, “I hate it, but it’s the only thing really that’s close by.”

A recent study into food insecurity in New Orleans conducted by Loyola University Hungry at the Banquet came to the conclusion that “Addressing food insecurity in Louisiana must be understood as a social justice issue of the highest priority, requiring attention from all levels of government, the business community, local activists, and the faith community.” The problem is obvious. The solution, when it comes, will no doubt be multi-pronged. For any headway on this issue to be made, the “alternative markets and the predominantly white community of food movement practitioners,” will have to find a way to bridge the gap between their activism and actual accessibility of fresh, affordable fruits, vegetables, and other staple grocery items.

Presently, Market Momma’s and the Market Plus programs, are two of the many initiatives seeking to bridge that gap.

Chris Jolly is a freelance writer, chef, entrepreneur and founder of caterer/pop-up Rolls & Rock. When not working on a series of NOLA-based chronicles on the true history of humanity and the coming Earth changes, you can find him by the river, entranced by the mesmerizing pull of the mighty Mississippi.

This article was originally published in January of 2019, so some information may have changed.