An integral part of life in South Louisiana is our extensive aquatic life. Fish permeate New Orleans culture, whether they’re from the Gulf or a nearby Bayou, whether they’re on or off our plates. This collection of articles, “Something Fishy,” explores the importance of these creatures in the nearby area.

To kick off the series, let’s take a look at a favorite spot of many New Orleanians – Bayou St. John, and the importance of fish in the bayou’s health and history. This article was originally published on NolaVie on July  7, 2016. 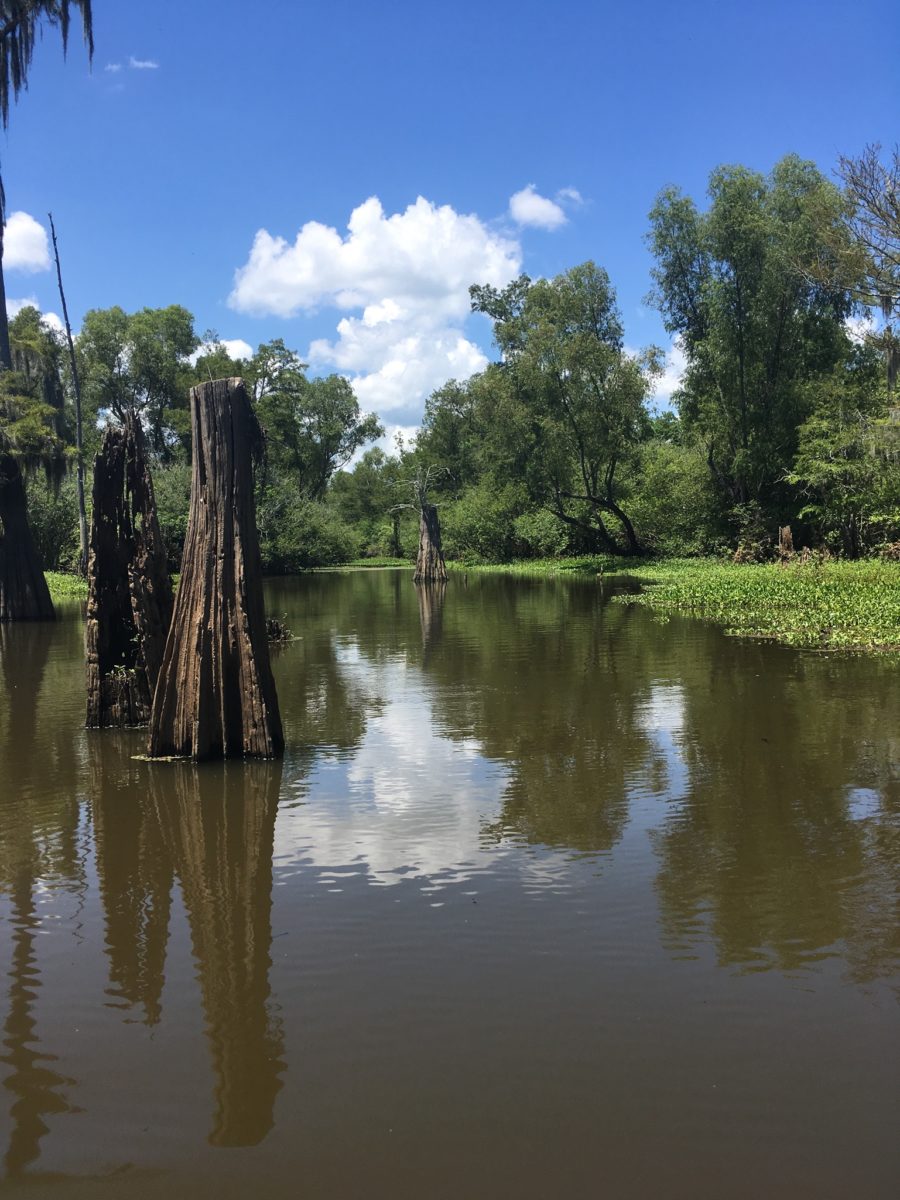 Our beautiful bayous with the dancing light. (Photo: Nora Daniels)

Don’t let those wind-induced ruffles on its surface fool you: our Bayou St. John doesn’t have a current of its own to speak of. Like all bayous, it slogs back and forth, and changes levels, largely according to the activity of its “parent waterbody.” Or at least the bayou used to relate to Lake Pontchartrain in this way: well-intentioned authorities blocked off the bayou’s connection with the lake nearly a century ago. That way, when storms raised the lake’s water levels, a floodgate would prevent the water from gushing up the bayou and overflowing.

But this meant the bayou’s health—and the health of its fish—suffered for decades from stagnation and a lack of saltwater. By 2014, however, the old floodgate (stuck partially-shut by rust) was removed, and a new, fully operational gate was installed. Thanks to monitored input from the lake, the bayou boasts a diversity of fish again (maybe those saucy little ruffles are earned, after all!).

Just for fun, let’s look back and see how populated the bayou was with finned creatures, say, in 1878 or 1902.

This Times-Picayune article references one of the bayou’s many battles with polluted runoff in the nineteenth century. What resulted, in this case, was a morbid inventory of its underwater residents: “It is stated at the City Hall that the fish in Bayou St. John are dying by hundreds. The dead fish may be seen floating on the surface of the water for some distance along the bayou. This piscine epidemic is attributed to the influx of ‘gas water’ from the Orleans Canal through a break in the levee…. People who visited the bayou were surprised by the number, variety and size of the victims.” [1]

If only we had a visual for this! I picture a floating surface of dead fish so thick it looks like the scales of a mammoth, bayou-shaped fish itself—but I think that’s probably a bit hyperbolic.

And then there’s this 1902 report of what we would nowadays call a paddlefish, caught in only 2 feet of water!

“A peculiar specimen in the way of fish was caught yesterday in bayou [sic] St. John, at a point half-way between the tollgate and Spanish Fort. It was a spoonbill catfish, the bill being fully a foot in length, and the fish measured fully 4 feet from tip to tip, and weighed about 40 pounds, yet it was caught on perch line in 2 feet of water.” [2] 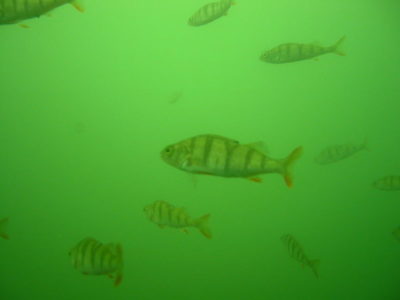 “Image of American paddlefish,” from Timothy Knepp of the US Fish and Wildlife Service

So if you happen to take a swim in the bayou someday soon, don’t be alarmed if you feel something slippery slide against your leg! It’s only a sign of the bayou’s improving health, after all….