Horsing around for a good cause on Thanksgiving Day 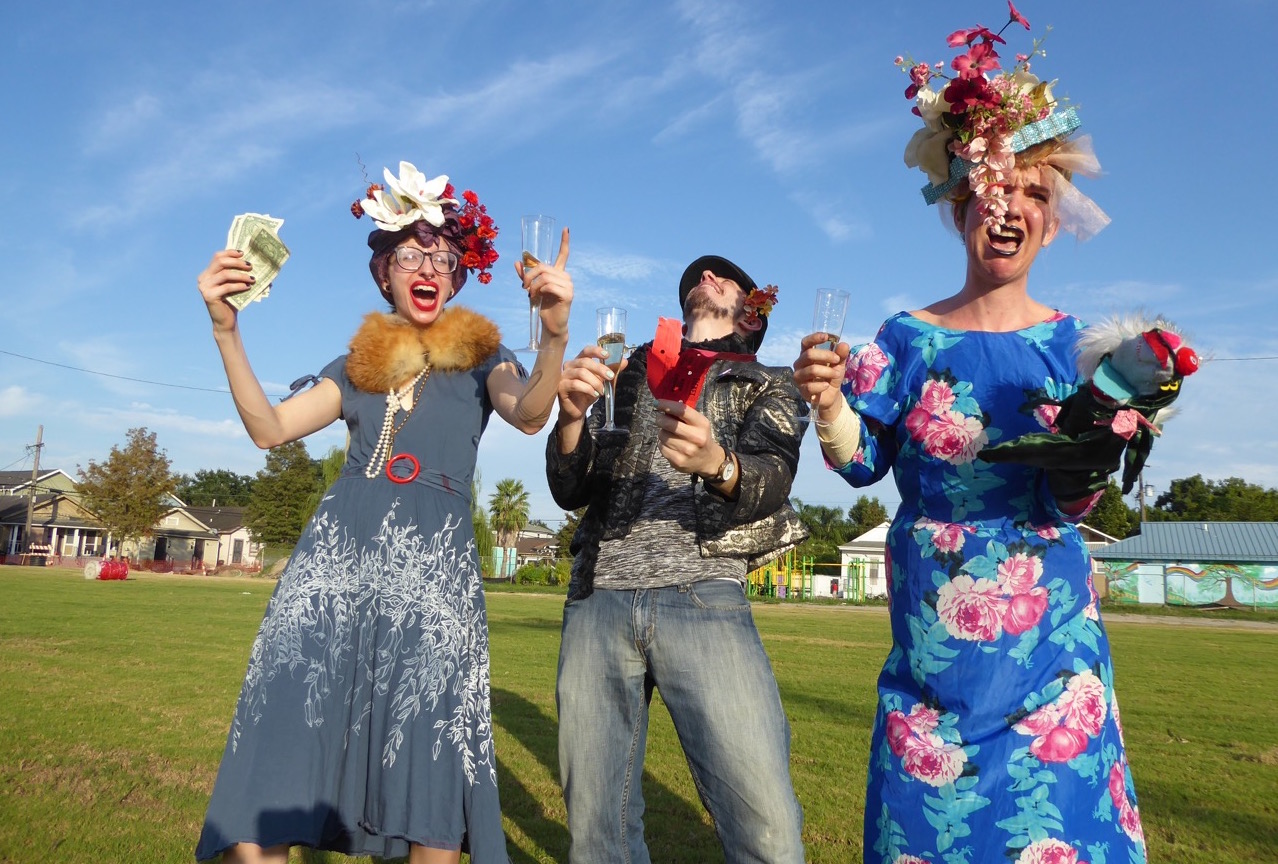 Enthusiastic patrons cheering on their teams

Have you ever dreamed of waking up and instantly falling under the spell of a man wearing a horse’s head, as did the Fairy Queen Titania in Shakespeare’s A Midsummer Night’s Dream? Or, like a child, dreamily circling a carousel in the saddle of a steed, grasping its reins? Even perhaps galloping ’round a golden meadow with a colorfully painted horse’s head atop a pogo stick?

Well, then, Human Horse Races may rouse your vivid imagination, 1:00-4:00 PM on Thanksgiving Day in Easton Park, 3141 Toulouse St., Mid-City, as participants will be entreated to pair up and impersonate either a jockey or a horse and race together to the finish line. Human Horse Races is a community event intended to support injured or retired horses while having a jolly good time.

Makeup artist Ingrid Anderson came up with the novel concept for an alternative Thanksgiving outing so participants can still have an opportunity to show off their finery and fabulous chapeaux while leaving the horses to relax in their stalls. She challenges creatives to don handsome horse heads while onlookers choose winners, enjoying traditional jazz by The Dapper Dandies, complementary wines and the company of compassionate celebrants. 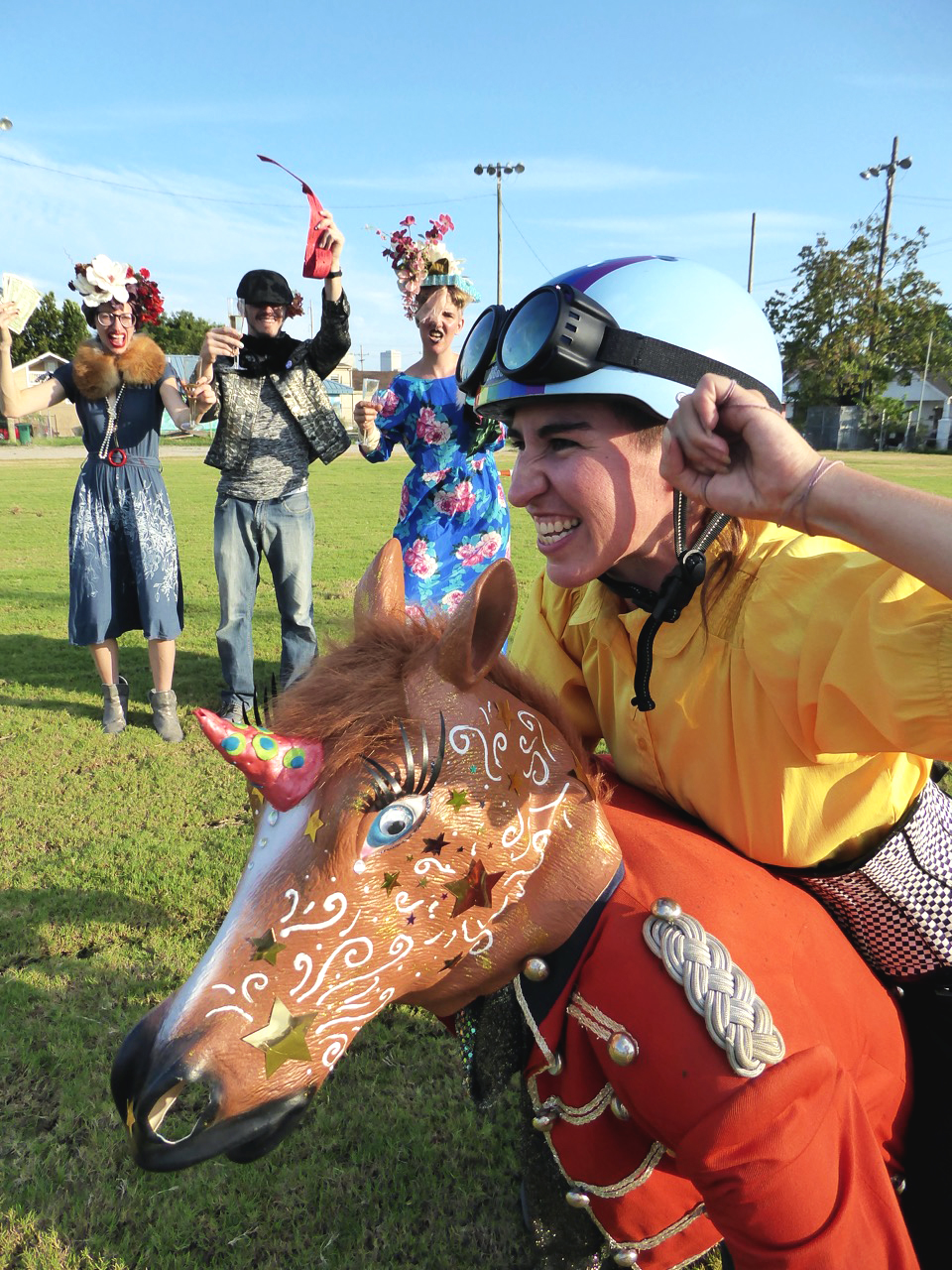 “There will be a party vibe, but it’s a party with a purpose,” Anderson says.

Teams will form during the first hour with the initial race starting at 2:00 PM. Four teams will participate in each of four races during the afternoon. Horse/rider partners can run the short course however they are able, but only on two legs. Bystanders wager with raffle tickets purchased at $1 apiece.

Many of Anderson’s acquaintances are vegan and animal-loving with ethical concerns regarding the traditional racetrack. “Some of the horses that run are abused ,and it is unfair. It’s elitist and old-fashioned entertainment – the racetrack was built for the people.”

“We are not using horses to entertain us,” she adds. 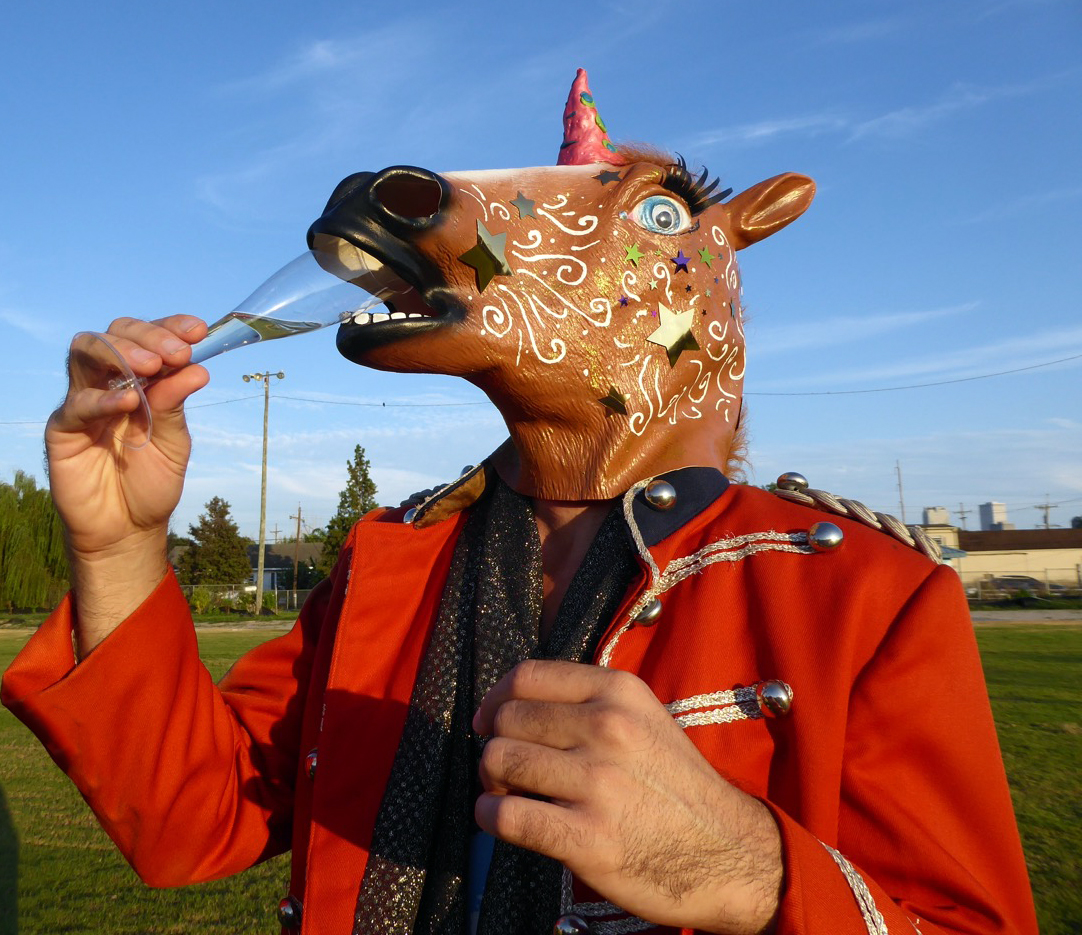 All participants get a small prize, and the grand prize winner will be awarded a horse head with flowered wreath.

There’s no entry fee and all monies raised will be donated to charity. Proceeds benefit Trampled Rose Ranch in Ponchatoula, which Country Roads magazine described in 2015 as a “sanctuary for weary humans, rescue dogs, exotic chickens and a Nigerian Dwarf goat.” The ranch has since added a few more goats and abandoned or abused horses to its menagerie.

To learn more about Human Horse Races, which will take place on November 28 at 1:00 PM, you can check out their event page here.