Because I live in New Orleans as a Tulane student, I often feel like a visitor instead of a resident because Tulane’s social life is disconnected from the city’s year-round residents. When creating “Beyond the Beignets,” I compiled 10 articles that articulated an often overlooked part of city life. Being from or living in New Orleans means having skills unlike other people. If resumes weren’t about educational degrees, job experiences, or recognized accomplishments, they could really highlight personal skills. To start off our resumes of New Orleans, we present NolaVie contributor and New Orleans resident Folwell Dunbar.  This article was originally published on March 4th, 2019. 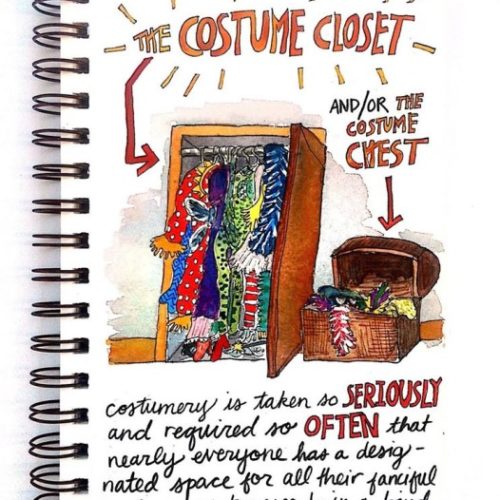 ** Limited to the Joel Stein column, the Pigskin Preview and cartoons.

Folwell Dunbar is an educator and artist. He is currently looking for a job. He can be hired at fldunbar@icloud.com.

Fight or flight: A few noteworthy encounters with other species
Creative Writing
We use cookies to ensure that we give you the best experience on our website. If you continue to use this site we will assume that you are happy with it.Ok