Because I live in New Orleans as a Tulane student, I often feel like a visitor instead of a resident because Tulane’s social life is disconnected from the city’s year-round residents. When creating Beyond the Beignets, I compiled 10 articles that articulated an often overlooked part of city life. Word of mouth and advertisements usually only spread well known, and usually trite, tourist attractions. By using technology, NOLA visitors can broaden their view from the comfort of their hotel or airbnb.  The French Quarter often lures tourists in with tasty drinks, but often fails to share its deep history. When using French Quarter app, tourists can create simple walking tours that reflect their interests.

The piece was originally published on ViaNolaVie on July 21st, 2019. 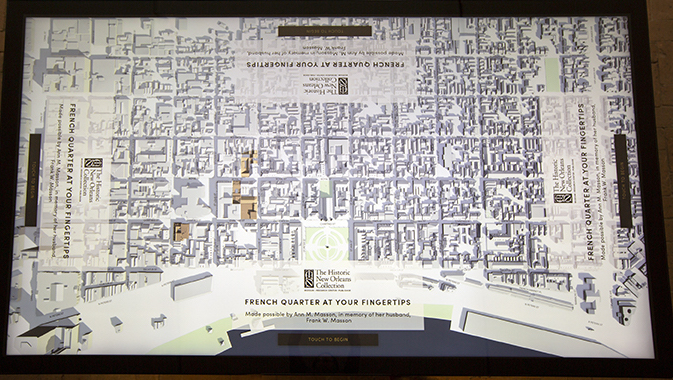 Wandering through the French Quarter, what do you see? Many historic buildings of various vintages and styles pique your curiosity, but could they reveal more about the history of the Vieux Carré? Now it is possible to easily access myriad, fascinating details about particular buildings with a couple of taps on your smartphone, using The Historic New Orleans Collections’ French Quarter app.

As part of its new emphasis on interactive technology, the museum’s Welcome Center in the Seignouret-Brulatour Building at 520 Royal Street, features an 86-inch, 3D, touchscreen smart table, “French Quarter at Your Fingertips,” featuring eight downloadable walking tours that uncover hidden histories. Ideum‘s  Colossus multitouch table allows four simultaneous users standing around the perimeter to research tours and view several, detailed historical maps from different eras, zooming in or out, and selecting specific data, for example, properties owned by free women of color during colonial and antebellum periods. Tours can be downloaded from Google Play, Apple App Store or from the smart table itself. 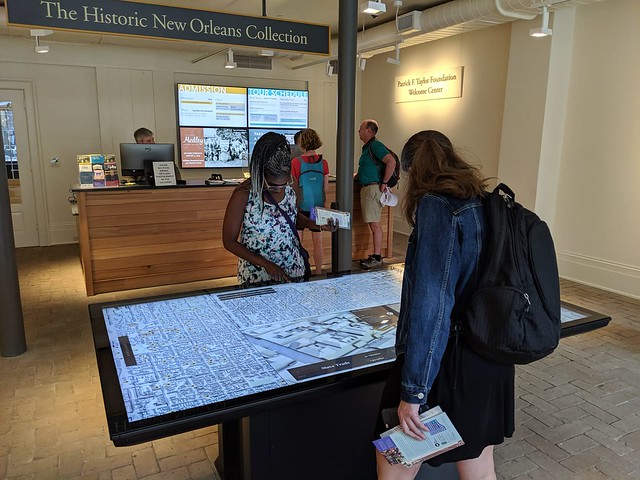 Perusing the curated, approximately 10-stop, one-mile walking tours with themes of Literature, Music, Slave Trade, and Free People of Color, as well as four architectural tours – Around the Courthouse; Around Jackson Square; Lower Quarter and Bourbon and Beyond – one can identify demographic shifts, including a large population increase following St. Domingue’s successful slave revolt.

Vasser Howorth, who originally scouted the tours, said points of interest (POI’s) were either chosen for their historical significance, story value or both, for example, Galatoire’s Restaurant, the Creole Hermann-Grima House, Antoine’s Restaurant founded in 1840 and Napoleon House, earmarked as the emperor’s refuge. All content for the tours is stored in the database of The Collins C. Diboll Vieux Carré Digital Survey, which details every French Quarter property.

But tours highlight many lesser-known buildings, as well. The music tour, for example, highlights Danny Barker’s birthplace and Bill Russell’s American Music Records shop, in addition to Preservation Hall and Al Hirt’s Club. Other important building locations no longer in existence include the early 19th century French Opera House on Bourbon Street and The Cadillac Bar at the corner of Conti and Rampart Streets, which was popular from 1910-25, but later torn down. The club was part of the legendary Tango Belt where pianist, cornetist and saxophonist Manuel Manetta played.

The Literature tour was patterned after “The Booklover’s Guide to New Orleans,” by local critic and author Susan Larson. She identified important literary locales such as 621-23 Bourbon St. where author Thornton Wilder lived after winning the Pulitzer Prize for “Our Town,” and 709-11 Royal St. where Truman Capote lived in 1945 while writing “Other Voices, Other Rooms.” Roark Bradford’s salon at 719-21 Toulouse St. welcomed literary giants William Faulkner, Sinclair Lewis and John Steinbeck.

Users aren’t restricted to tours designed by others; they can also create and save their own personalized tours. An onscreen QR code allows for downloading an app to save sites.

When the French Quarter was laid out in 1722 by city planner Adrian de Pauger, only the few blocks nearest the river had homes and businesses. The city expanded, but fires in 1788 and 1794 raged through homes and alleyways. The paths of those conflagrations are illustrated by bursts of flames on the smart table’s digital map. A few ancient buildings, Lafitte’s Blacksmith Shop, Madame John’s Legacy, and the Ursuline Convent predated the fires.

Under Spanish rule, the city was rebuilt, using brick, tile and stucco, transforming its architecture and making the Quarter less volatile. New Orleanians generally preferred to live near the river where they might sense a cool breeze. Numerous 19th-century retail stores and boutiques were located on Royal Street, said curator Howard Margot, and Bourbon was the fashionable street. Of course, fresh produce could be purchased at the French Market. After the Civil War, shotgun houses replaced many four-room Creole cottages because they were larger and less expensive to build. Wealthier residents – merchants, slave traders and plantation owners – owned townhouses when they journeyed from the country for the social season, Margot added. Different housing styles can be discerned from the digital maps.

I decided to try out the free people of color (FPOC) walking tour. Although not full citizens, thousands of FPOC lived in antebellum New Orleans, marrying and owning property. Educated, skilled and French-speaking, they significantly contributed to the city. 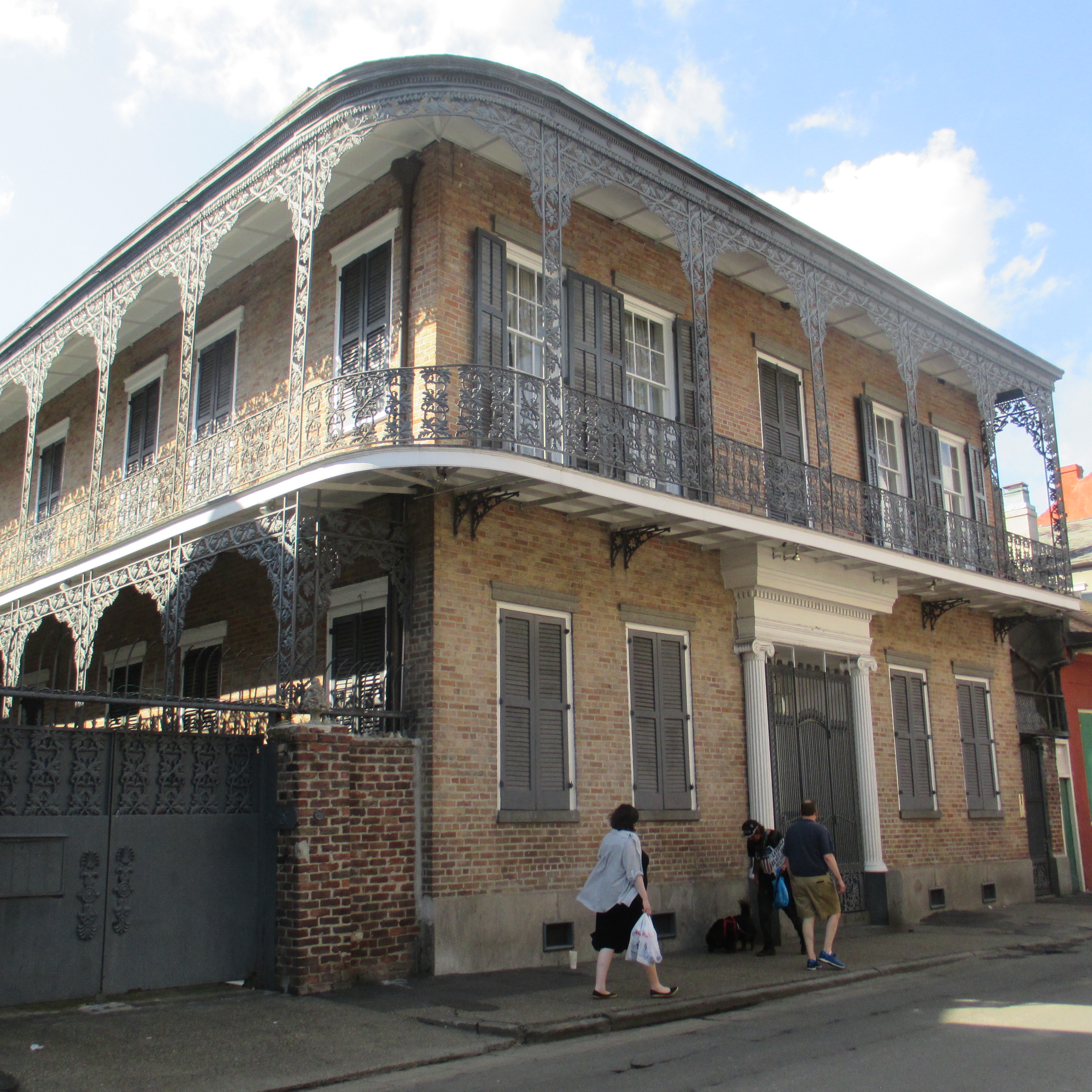 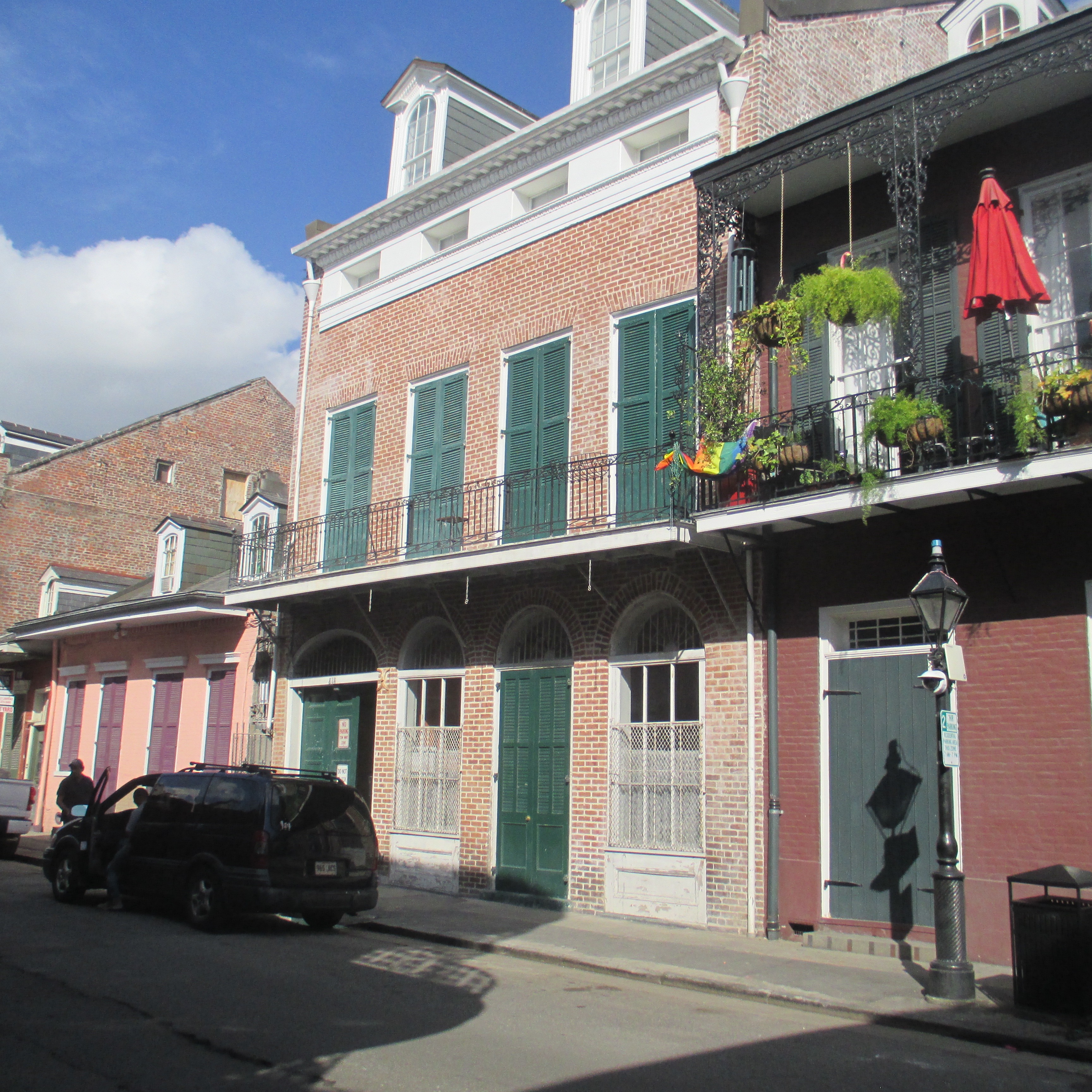 So, download a tour and experience the history of the Quarter through an entirely new lens. Visit: https://www.hnoc.org/visit/apps/frenchquartertours

New exhibition at THNOC focuses on French Quarter history
Museums
We use cookies to ensure that we give you the best experience on our website. If you continue to use this site we will assume that you are happy with it.Ok