Collision Conference: For entrepreneurial geeks only

On a late Monday evening, I got a text from my friend Adam Kinyon, who runs a cryptocurrency hedge fund. He found himself with an extra ticket to Collision Conference, the fastest growing tech conference in North America, which has called New Orleans home for the last three years. A “recovering entrepreneur” and tech geek myself, I had to take him up on his offer, especially considering the fact that Collision will be leaving New Orleans in 2019 for its new home in Toronto. The next morning, with notebook and vlogging camera in hand, I set off for Collision to try to get a sense of how entrepreneurs – in fields as varied as pet tech and cryptocurrency investment – experience the offerings of the conference in their own unique ways. 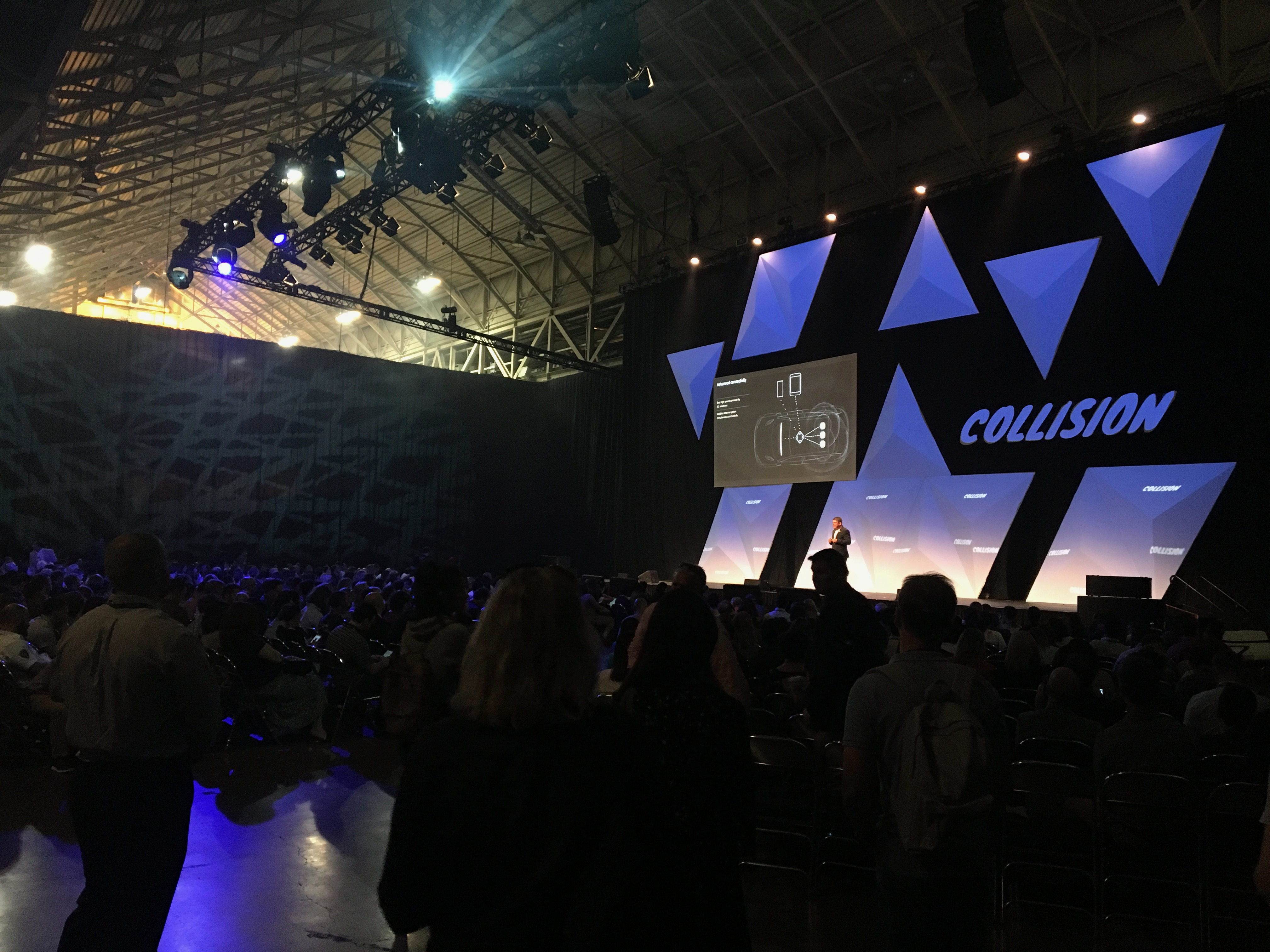 After tagging along with Kinyon, meeting the founder of Dig – the dating app for dog lovers – and hearing speakers as vastly different as Wyclef Jean and Al Gore, this is what I found.

When I first stepped foot onto the convention center floor, I was struck by the energy of the space. Filled with entrepreneurs, product activations from the likes of Amazon and IBM, and startups exhibiting their products and services, I knew I’d stumbled into something special. I was geeking out. Standing in front of an Amazon Web Services-branded wall covered in a not-so-subtle flex of AWS companies’ logos, Kinyon and I took in the sights and sounds, then dove in headfirst. 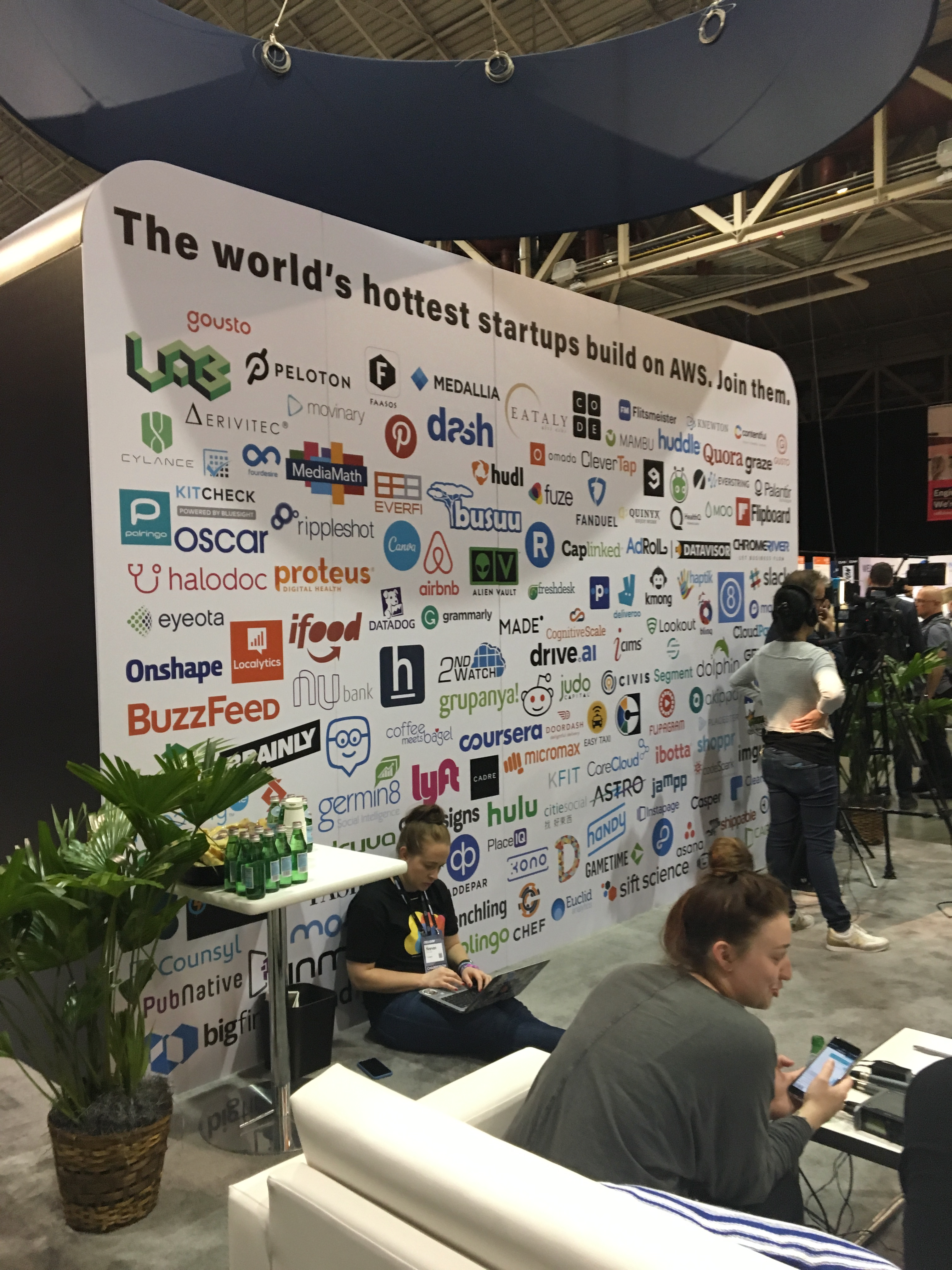 As the Chief Investment Officer and Owner of Astra Network – New Orlean’s first and only cryptocurrency hedge fund – Kinyon’s top priority at Collision was to gain a sense of the attitudes towards cryptocurrencies and blockchain technologies, in addition to speaking with industry experts. “I live within a bubble of thought processes that are shared amongst cryptocurrency activists,” he said. “I’m inherently biased towards advocacy.” Kinyon expressed the importance of hearing from people who may not have such a rosy outlook on his investments.

In addition, Kinyon and I frequented the Growth Summit stage, which hosted panels and talks like: “Diving into Cryptocurrency”, “Blockchain Q&A”, and “Blockchain Security and Crypto Wallet.”

As we left the “FinTech, Blockchain and Crypto” panel and headed to the Alpha Startups area, which hosted early stage companies, Kinyon showed me a string of message notifications from the Collision Conference app. Cameo, an Alpha Startup that makes web applications, reached out to Kinyon as a potential investor in their young company. 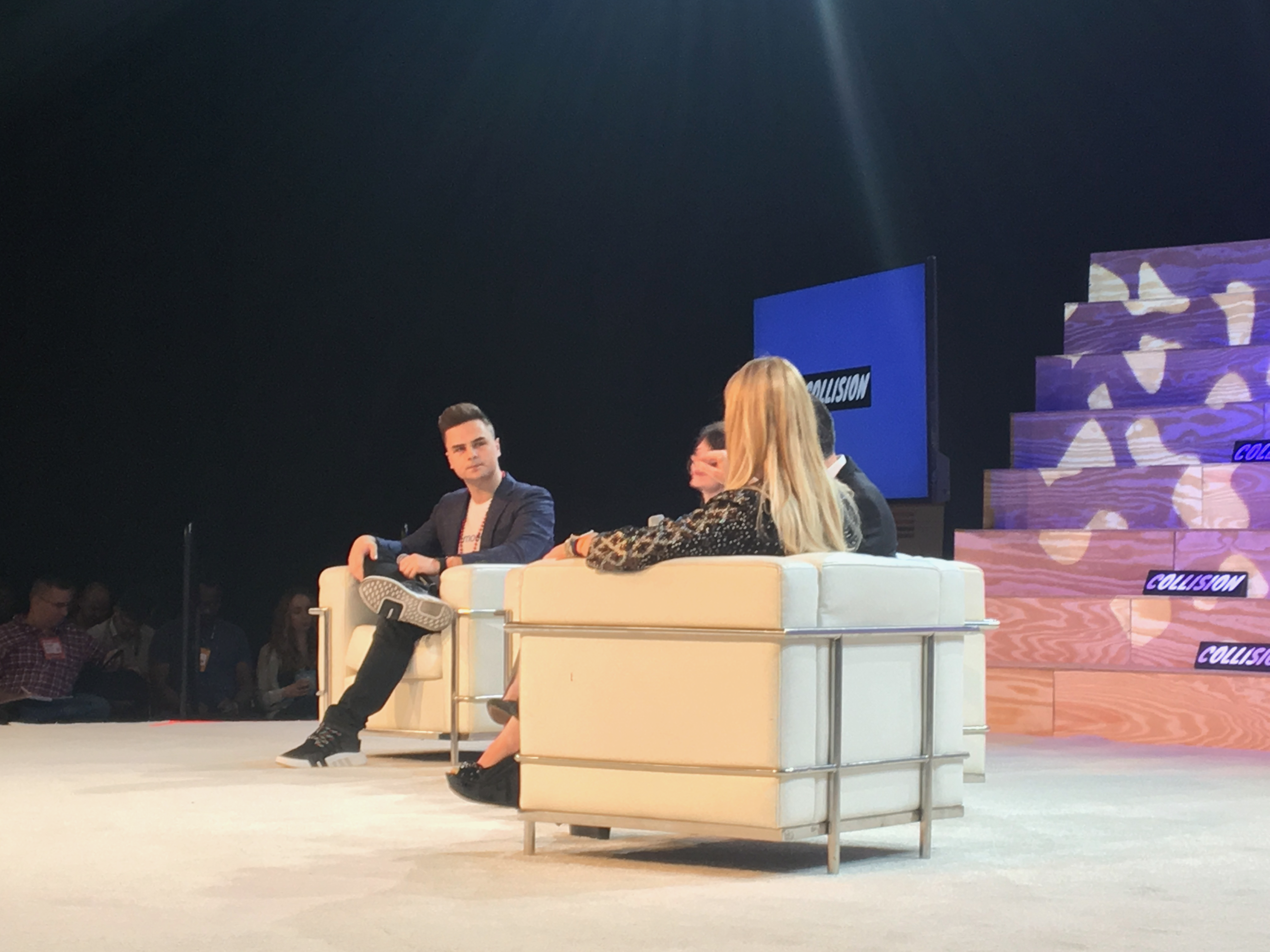 “Collision’s value to [Astra Network] goes beyond the connections made or the talks we participated in. Bringing together innovative and driven individuals has exponential and multidimensional benefits for all of us,” Kinyon explained.

In the Alpha Startup booths, I crossed paths with Leigh Isaacson, Founder and CEO of Dig, a dating app that brings together dog lovers. After exhibiting as an Alpha Startup the previous day, Isaacson focused on networking and taking in a few panels and speakers to round out her Collision experience.

As we chatted about experiencing the conference as local entrepreneurs, I began to consider the ways in which Collision catered to entrepreneurs and professionals in tech, no matter where they are in their individual journeys. Isaacson explained, “as an Alpha Startup, Dig was able to exhibit for one day at the conference. We were hoping to get Dig […] in front of as many people as possible for a few reasons: getting people to download the app, finding other people in the pet tech industry to learn from, and attracting investors.” I was excited to hear that Collision was helping Isaacson put some hype behind her company. “Dig got a lot of attention from interested investors and from all sorts of media outlets. People were blown away, and many people downloaded the app on the spot,” Isaacson told me. 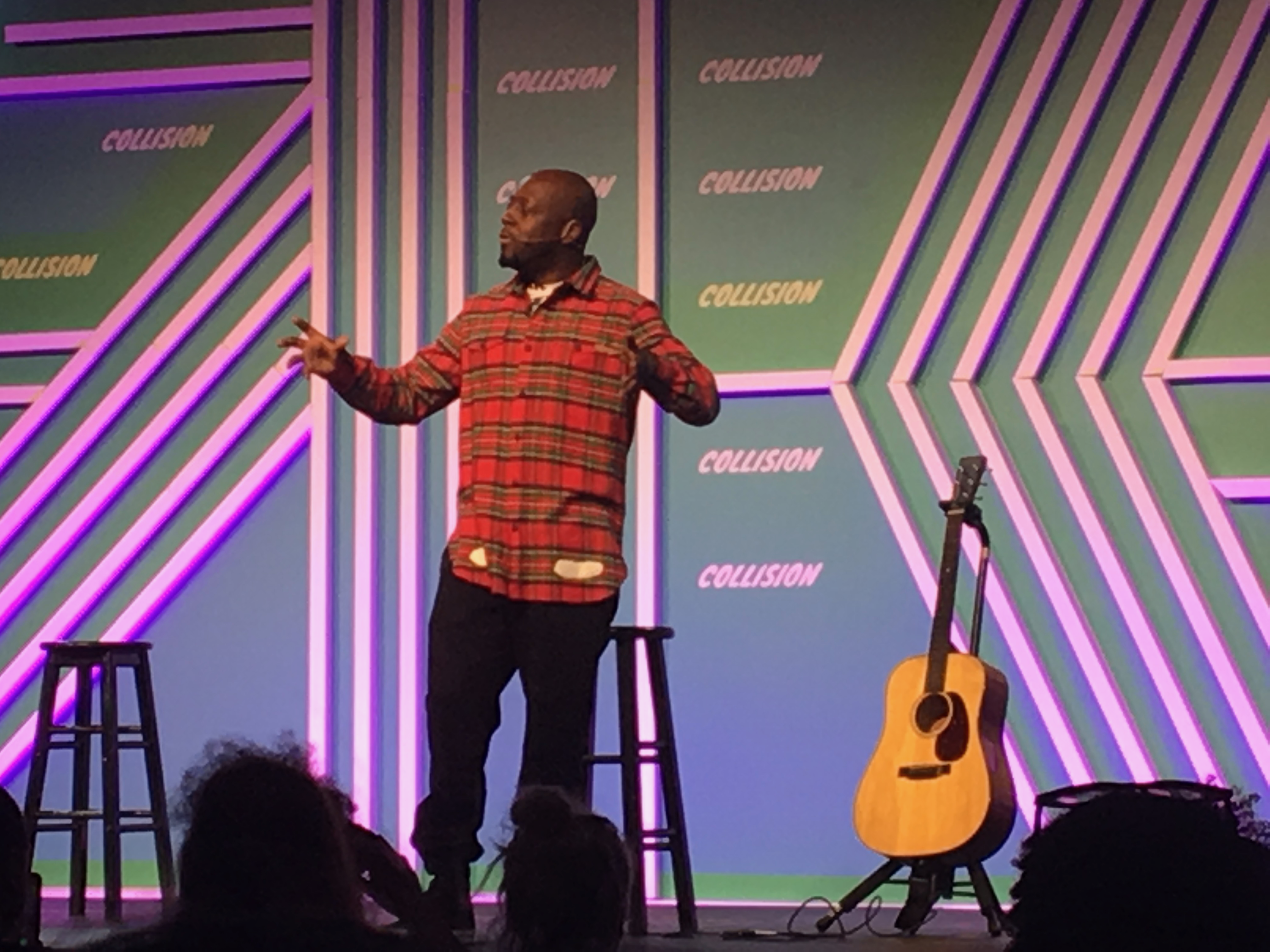 Later that day, I heard Al Gore give a riveting speech about the relationship between entrepreneurial change makers and global warming. I found myself thinking about how Collision brought people from all corners of the tech world to New Orleans, putting entrepreneurs like Kinyon and Isaacson in the same room as major startup giants and influential tech leaders from the likes of Facebook, IBM and Amazon. I got the sense that this sort of environment could catalyze new opportunities for both startups and well-established companies. Isaacson felt the same way. “For Dig, we had the opportunity of a lifetime to connect with business leaders of all sorts, while at the same time getting to act as hosts in our city,” Isaacson explained.

I bumped into Free Your Tea’s Knud Berthelsen, and he echoed Isaacson’s sentiments. The way he put it, Collision gives New Orleans startup entrepreneurs and tech professionals opportunities to “meet some of the people that otherwise wouldn’t have come to town” if not for the conference.

With the value that Collision brought to the city in mind, Berthelsen and I chatted about the conference’s departure from New Orleans in 2019. “Web Summit runs a tight ship,” Berthelsen told me, “but it’s not something that we can’t do ourselves after the conference leaves. We can recreate this conference, but they can’t recreate New Orleans. It might not be 25,000 people, but it might be 10,000 people and it will be ours.” It will be ours. That line really stuck with me. There is power in giving the local startup ecosystem ownership over a potentially new conference to replace Collision going forward, and I hope to see entrepreneurs like Berthelsen involved in the years to come. 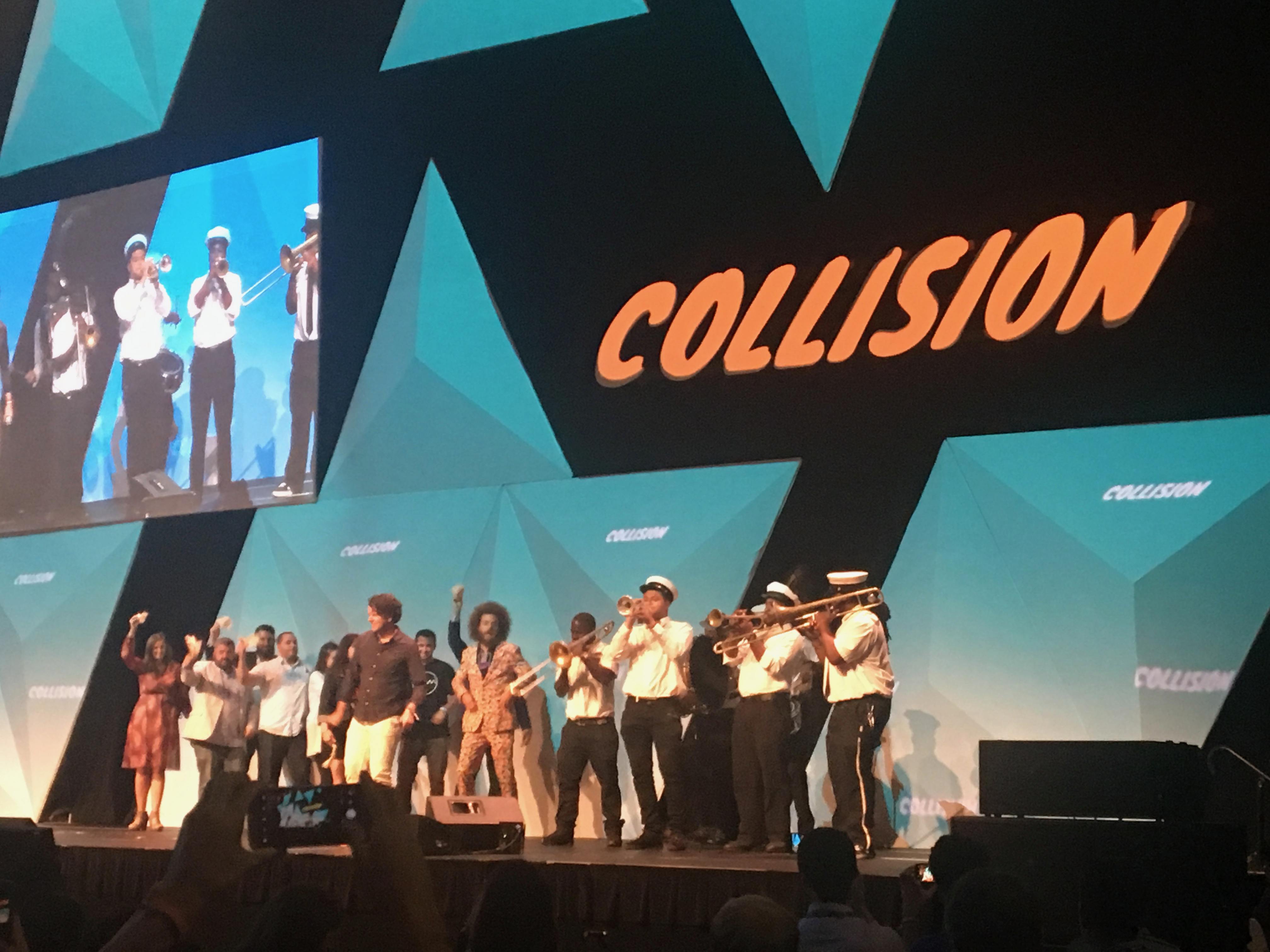 My Collision experience wrapped up with closing remarks from Web Summit’s CEO Paddy Cosgrave and Launch Pad Founder and CEO Chris Schultz. After Schultz and Cosgrave thanked the various speakers and panelists at the event, they closed out the conference in true New Orleans fashion; the sounds of horns emerged from behind a curtain, and New Breed Brass Band busted onto the stage to a flurry of applause and flashing cell phone cameras from the crowd. Schultz, Cosgrave and the Web Summit team headed up a second line as the New Breed horns carved a path through the conference floor and out onto the street, thousands of entrepreneurs dancing in tow. 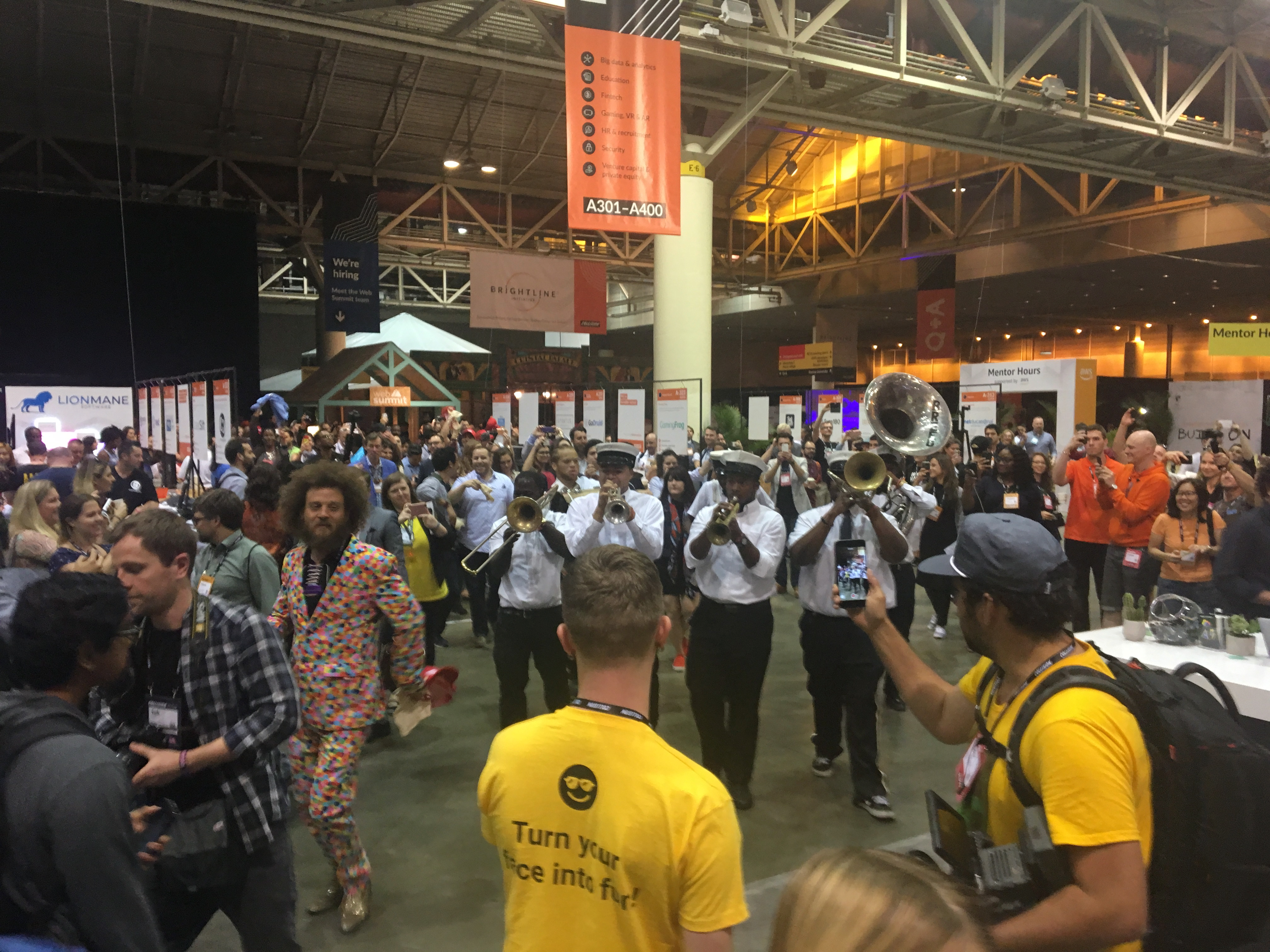 Hosted by tech industry conference organizer Web Summit in partnership with local co-working pioneer Launch Pad, Collision is the fastest growing tech conference in North America. Collision draws over 25,000 entrepreneurs and tech professionals from around the world, with attendees and speakers representing sectors that range from pet tech and cloud computing to cryptocurrency and blockchain technology. Learn more about Collision Conference, Web Summit and their various sister conferences around the world at https://websummit.com/collision.

A day in the life of a startup founder: Knud Berthelsen
Entrepreneurs and Innovators

Driving opportunity and investment: New Orleans Entrepreneur Week
Entrepreneurs and Innovators
We use cookies to ensure that we give you the best experience on our website. If you continue to use this site we will assume that you are happy with it.Ok