Editor’s Note: The following series “Popcorn Poppin’ in The Big Easy” is a week-long series curated by Piper Stevens as part of the Digital Research Internship Program in partnership with ViaNolaVie. The DRI Program is a Newcomb Institute technology initiative for undergraduate students combining technology skillsets, feminist leadership, and the digital humanities.

There are nary two things that go together as harmoniously as popcorn and movies. October happens to be National Popcorn Poppin’ month as well as the time of year when New Orleans theaters open their doors for the Annual New Orleans Film Festival. Therefore, it seems an apt time to appreciate New Orleans for the film mecca it has come to be. This grouping of articles explores and appreciates New Orleans’ culture as it relates to film in the past, present, and future. The bright lights of Hollywood South bring millions to Louisiana’s bottom line. But whenever the state itself is projected onto the big screen, the result often looks like caricature. Writer Scott Gold thinks he can beat these hackneyed media depictions of New Orleans and its environs. Here’s his elevator pitch, which was originally published on NolaVie on March 31, 2016. 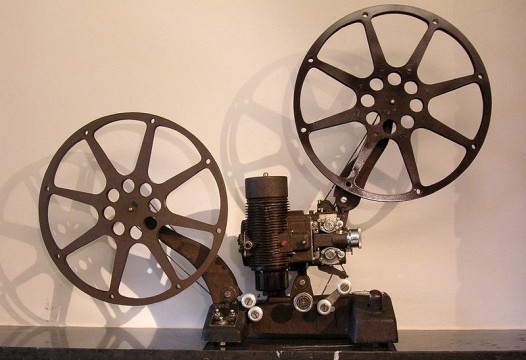 Over the past decade or so, New Orleans has become a real boom town when it comes to cinema production. As a state, Louisiana has been filming so many movies and television shows down here that we’ve garnered the moniker “Hollywood South,” even besting actual Hollywood at one point in terms of turning out flicks.

And yet, despite all of this constant filmmaking and production, the brigade of technical vans, craft services trucks, and movie star trailers parked around town at any given time, and the influx of “lumberjack chic” to our fashion scene, most of these shows and films aren’t actually set in New Orleans, or even in Louisiana. And when they are, quite often they feature howlingly phony accents, cringe-worthy cliches about life in the”Big Easy,” and characters that seem to have been plucked from Texas or Georgia instead of South Louisiana. Also, we’re quick to note that Mardi Gras is only one day of the year, and the entire city is not located entirely in the French Quarter.

Come on, Hollywood South. You can do better.

New Orleans is such a unique and special place, and yet so many tend to get it so wrong, so often. The thing is, you can essentially choose your genre and the city will all but hand you a plot free of charge, so long as you know and love the city like we do, and you’ve been here for more than, say, six months. Think I’m exaggerating? Let’s give it a go. NOLA The (Horror) Movie: Who needs vampires when you’ve got termites swarming? (Photo: Agricultural Research Service of the U.S. Department of Agriculture)

First, horror. A budding filmmaker’s first instinct would of course be to riff on vampires or voodoo, but those themes have been done literally to death down here. For a truly terrifying tale, set your film in New Orleans in mid-May, near Mother’s Day. Where once the weather was warm and glorious, at night, something nefarious happens: horrible swarms of vermin cloud the city, terrorizing its poor inhabitants. Yes, the termites are back, and this time, due to a hastily covered-up accident at a local chemical plant, they’ve become deadly. Prepare yourself for the horror of: FORMOSANS!  (Think Hitchcock’s “The Birds,” but with bugs. How’s that for a winner?)

Or what about a thrilling police tale? Easy enough. I think a modernized version of the Gene Hackman classic “The French Connection” set in New Orleans is a guaranteed hit. It would inevitably be filled with edge-of-your-seat car chases through pothole-ridden, 200 year-old side streets, our antihero cop doing everything in his power to get to the bottom of an evil smuggling ring based in one of the oldest port cities in America. Maybe he could even commandeer a streetcar! Working title: The Crescent City Connection (obviously), with a spectacularly tense climax atop the titular bridge.

These, of course, are merely a fragment of options to be had when you think of how Hollywood could truly take advantage of filming in Hollywood South and letting New Orleans shine as a character. We could do a historical drama/thriller about infamous privateers Jean and Pierre Lafitte and their lost treasure, which believe it or not, has still yet to be discovered. How is a search for storied pirate loot in the cypress swamps of Louisiana NOT a movie yet?

You want a rom/com? Set your story in local food world, where a pair of competing restaurateurs — one adhering to classic Creole cuisine and the other to modern molecular gastronomy — fight tooth and nail with each other over the city’s discerning diners, only to discover that the real chemistry is between each other. Boom. Done.

And, of course, there has to be a ghost story. Why not a riff on Neil Gaiman’s The Graveyard Book, where a lonely, awkward Mid-City teen befriends with the spirits in the spooky cemetery behind his house, and they teach him important lessons about being yourself, having confidence, and, most importantly, embracing life. That cemetery’s name would make a great title, too: Odd Fellows Rest.

Looking for a kind of “upstairs/downstairs” murder mystery? I’m thinking “Clue” meets Gosford Park, only set in one of the great historical mansions on St. Charles Ave., and populate it with fantastic local character actors along with your Hollywood stars. I think Spud McConnell deserves at least a small role here, for sure.  Then of course we have a sports story, perhaps about a New Orleans teenager’s rise from hardscrabble youth football to eventually play for the New Orleans Saints (cornerback Keenan Lewis’s story is clearly an inspiration here). Or maybe just go with the Saints’ Super Bowl-winning season? Just try to tell me Brad Pitt wouldn’t make a great Sean Payton.

Perhaps a political drama is what you’re after. How about we do Mister Smith goes to Baton Rouge, featuring a principled but naive young New Orleans politician, played here by NOLA-native Mark Duplass, fighting against overwhelming odds to steer the state away from decades of corruption and into the light.

We’re only scratching the surface of possibilities here, friends. If you happen to be a local filmmaker looking to make good on a real New Orleans story, please, feel free to take any or all of these ideas and make spin them into celluloid gold. I’ll be first in line with a big bag of popcorn at the premiere; all I ask is for you to do the city the cinematic justice it truly deserves.

Just make sure to be careful with those accents, mes amis.

Audio: What New Orleanians should REALLY vote for
Audio and Podcasts

John Richie’s film 91%: A Documentary About Guns in America goes digital
Audio and Podcasts
We use cookies to ensure that we give you the best experience on our website. If you continue to use this site we will assume that you are happy with it.Ok