Krewe: Women in film, looking through the lens of a student filmmaker 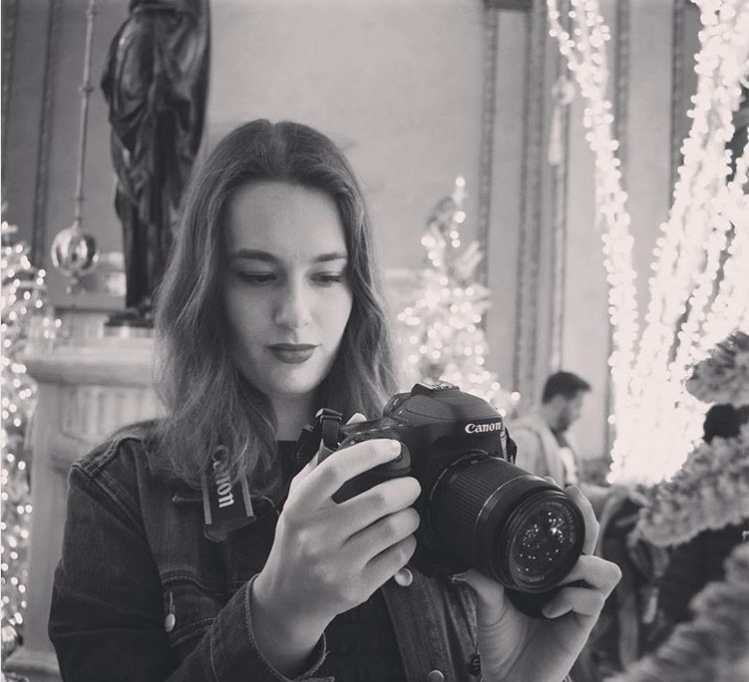 On Freret Street sits a two-story shotgun house, unassuming among other traditional collegiate architecture on the Tulane University campus. This building holds one of the fastest-growing majors since Hurricane Katrina. The Digital Media Production lab houses active film students, taking part in creative decisions, learning about the movie business, and producing short films, as a part of its course offerings and senior capstone film requirement. However, these short films, written and directed by senior students, are not just a requirement to graduate. These films offer a way to represent the skills that these students have gained throughout their undergraduate career. To these students, their major is more than just an assortment of college assignments. This major leads to a lifelong passion with filmmaking.

Keira Rosner, who will be a senior at Tulane University during the 2019-2020 collegiate year, is interested in capturing these moments of hard work in an independent documentary project. Using her English and Digital Media Production majors, Rosner is producing, editing, and interviewing faculty, staff, and students to develop a documentary on women’s representation in film, on-screen and off-screen. Women “in front of the camera” offer a lens to view how women are treated off-screen. As a part of her documentary interviewing process, Rosner is focusing on student directors in the Digital Media Production major. Rosner wants to see if the characters written by these student directors may offer a more realistic view of women on screen, due to an increased exposure of intersectionality on a college campus.

Supported and funded by the Newcomb-Tulane College Institute, Rosner is furthering her reach, research, and release of a 40-minute documentary, granted by the Newcomb College Institute as a Humanities, Arts, Science, and Technology Alliance and Collaboratory scholar. The documentary, not yet named, follows the development of Digital Media Production student films and whether the students’ scripts pass The Bechdel Test. Coined in 1985 as a part of Alison Bechdel’s comic strip, Dykes to Watch Out For, the test has been used to analyze film, television, and other sources of media. It has been historically used to criticize films that place women in a negative, non-intersectional, and non-inclusional, manner on screen. The Bechdel Test is simply “a measure of the representation of women in fiction.”

In order to pass The Bechdel Test, a film must meet the following requirements, as noted from the website, Bechdel Test Movie List:

It is astounding to discover that numerous modern-day films do not past this simple test. If a piece of media does not meet one of the three requirements in the Bechdel test, then it does not pass the test. In order for the work to pass the Bechdel test, it must pass all three requirements. Films that do not pass this test include: the highest-grossing film of all-time, Avatar (2009); critically acclaimed, 21st Jump Street, and even animated films as recent as Spiderman: Intro the Spiderverse. Rosner’s documentary will feature interviews of current and past DMP students, Tulane faculty, and staff. As of March 2019, Rosner is attempting to interview critically-acclaimed Alison Bechdel, herself.

Rosner’s documentary hopes to compare student films to industry-standard feature films. “As far as I can tell, no one has conducted this research on student films. It has all focused on professional films.” Programs such as Tulane’s DMP major offer the ability for undergraduate students to make a short film. Making a short film has traditionally been viewed as a graduate school-assigned thesis. As a part of DMP, students must direct, write, and produce a 15-17 minute short film in order to graduate with the coordinate major. Will this data showcase that student films are just as susceptible to not pass the Bechdel Test? Rosner does not want to reveal her findings just yet. However, she did reveal some information regarding this question: “There are still mostly men in high positions of power.” Do these student films rely on traditional tropes about women in film?

At  the beginning of 2019, the documentary is still in its production phase. In a Digital Media Production capstone film, the production process includes directing, filming, and coordinating talent and crew members. Rosner is currently doing the same for her documentary. She is interviewing students before and after their capstones are completed. By doing so, she is capturing a wide array of data that will be used to compare women’s representation in both on-screen talent and in its crew members. She is also interested in analyzing if directors will adjust their screenplay after she has interviewed them, and during a director’s own production and post-production process. Kellyn Morris, a student who is working on her capstone film notes that passing the Bechdel Test is “important to display female friendship and to even overcome trauma.”

Rosner explains that the Digital Media Production major is still unknown among members of Tulane students and faculty. Rosner relates that the public, or even Tulane students, “wouldn’t know about it, unless I talked about it to friends and family.” She hopes that this documentary will also showcase all of the work that goes into the DMP major on campus and just how hardworking these “double majors” are. The documentary will offer interviews, graphics, and statistics that Ronser finds along her journey. While bringing up the topic of a narrator, she said “I like documentaries without a narrator, but I think this documentary will move forward more easily with a narrator.”

Rosner plans to hold a free public screening of the documentary on Tulane’s campus during fall of 2019 or spring of 2020. She plans to finish the production phase of her project during May 2019 and edit the documentary during the summer of 2019, just before she begins her own capstone film. There are plans to hold a discussion panel at the documentary screening. Rosner is excited at the prospect of screening the documentary in conjunction with academic and extracurricular clubs concerning women in film, business, and technology. There is a lot of overlap between film and these industries, in both a practical way, and in women’s representation in the media and workforce.

Keira Rosner can be contacted on her film Instagram page, @keira_rosner_film. The class of 2019’s  senior Digital Media Production students held a screening of their capstone films at the Prytania Theatre on May 16.

This was originally published in the 2019 edition of Krewe Magazine and on ViaNolaVie on Sep 23, 2019.

41%: A number Tulane wants to change
Gender and Sexuality
We use cookies to ensure that we give you the best experience on our website. If you continue to use this site we will assume that you are happy with it.Ok