An interview with geology professor Dr. Törnqvist: New Orleans and the Mississippi Delta 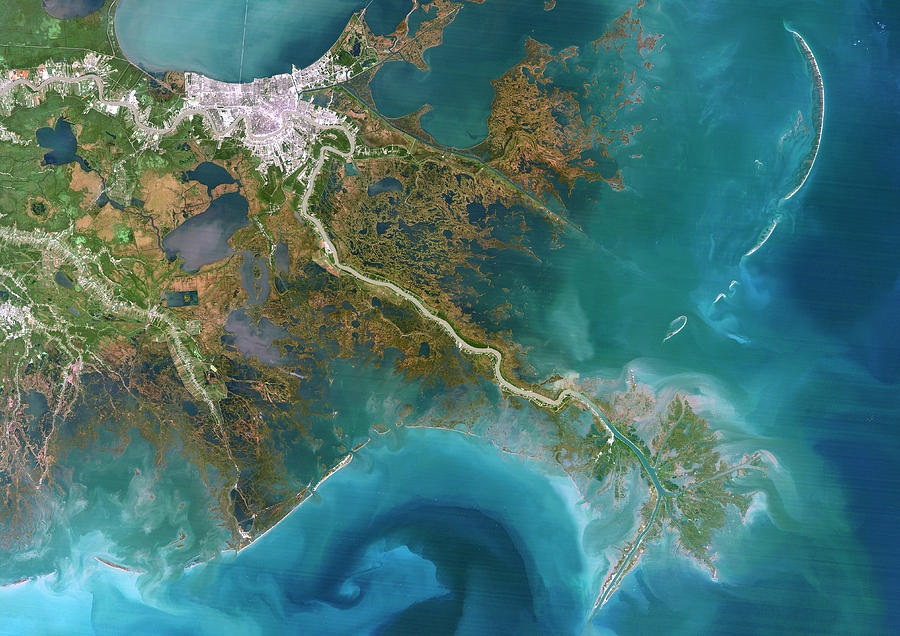 Dr. Törnqvist originally hails from Sweden. He spent some of his youth in America where he started to learn English, but he grew up mainly in Holland. Dr. Törnqvist as a child garnered interest for his current field by drawing and studying maps. He followed his passions and went on to graduate from Utrecht University in Utrecht, Netherlands. Dr. Törnqvist now predominantly researches quaternary geology, sea-level change, fluvial and deltaic sedimentology, sequence stratigraphy, applied geochronology, and paleoclimatology.

When asked about what he does now he says mainly teaching at Tulane and supervising undergrad, and grad and post-docs with research.  Dr. Törnqvist is also teaching a new intro course to undergrad students that he constructed called: Global Climate Change that has in his words, “more information than I can fit in a semester”. Dr. Törnqvist summarizes his main area of interest as “I study the surface of the Earth…The reason I studied deltas is I am interested in how deltas form, how they evolve over longer, geological time scales, and what we can learn from that to better understand how they will behave in the future.”

“The Mississippi delta can keep up with moderate sea-level rise, and it has done so successfully over the last 7000 years. That’s the time period over which the delta as we know it formed, but we are rapidly moving into territory that is not going to be sustainable.” Dr. Törnqvist through his research on the Mississippi delta and sea-level rise is confident that if no serious action is taken in the next 10 years to fight global warming we may be looking at destructive consequences in the future.

He explains that the Mississippi brought sediment which slowly formed all the land New Orleans rests on, but with seemingly rapidly increasing sea-level New Orleans and other coastal cities hang in a delicate balance. He thinks with serious action we may be able to slow the natural and human influenced global warming. When exactly the consequences will fully unveil themselves is unclear. Dr. Törnqvist and other experts can only analyze data and remind us to fight against global warming because sea-level rates are only rising faster and faster.

As a native New Orleanian whose childhood was affected by hurricane Katrina, I wanted to know whether New Orleans should prepare more to fight rare but monstrous storms or the slowly rising sea-level? While Dr. Törnqvist cannot say that one is more detrimental he explains that hurricanes are inevitable but that the rising sea-level only makes these hurricanes more volatile for coastal cities. Dr. Törnqvist states, “I would be thrilled if going forward from where we are now, we would face just one more foot of global sea-level rise. That would be fantastic! It’s not gonna happen, its gonna be a lot more than that.” He points out after it isn’t just about how long it’s going to take but how bad it will be when the sea-level really rises. He knows that our impact on the environment changes the devastation caused by global warming and subsequent sea-level rise. This means we have the potential to at least minimize out impact.

Mid-way through the interview I ask Dr. Törnqvist if he has any advice for concerned citizens. He goes on to say that “it all adds up, but the single most important thing people can do is make sure they share anything they know about these problems we are already facing now….” He and I both hope that with this understanding people can change their individual actions to make a real collective difference.

We talked about the Barataria sediment diversion project. Dr. Törnqvist defends the project, stating that “they try to replicate the natural processes that build the delta in the first place. If you want to restore parts of the delta, it’s by far the superior way to do that.” Here is part 2 if you’d like his short take on New Orleans specifically:

Dr. Törnqvist stresses that excessive pumping isn’t the solution to New Orleans’ water problems, stating that “newer parts of the city are far below sea level is because of excessive pumping. If you manage groundwaters in a different way, keep the groundwater table very close to the land surface for example, you can actually reduce these subsidence rates. It’s things like that…that could actually make conditions better, and that’s something that’s partially happening within the city, like rain gardens…one thing we’ve learned in recent years is even our pump system which was upgraded after Katrina is not as good as we thought.” Acknowledging that New Orleans will likely eventually face an unstoppable amount of water due to sea-level rise, Dr. Törnqvist emphasizes that now is the time to look at other possible solutions to the water issue. Living with it is a part of his solution along with fighting to protect the environment any way possible.

Finally I wanted to ask Dr. Törnqvist about one last thing:

This gives his take on the political impact on the environment. In the end, it all connects back to our will to protect our environment and change our ways.

I do not drive in the South…And here’s why.
Environment