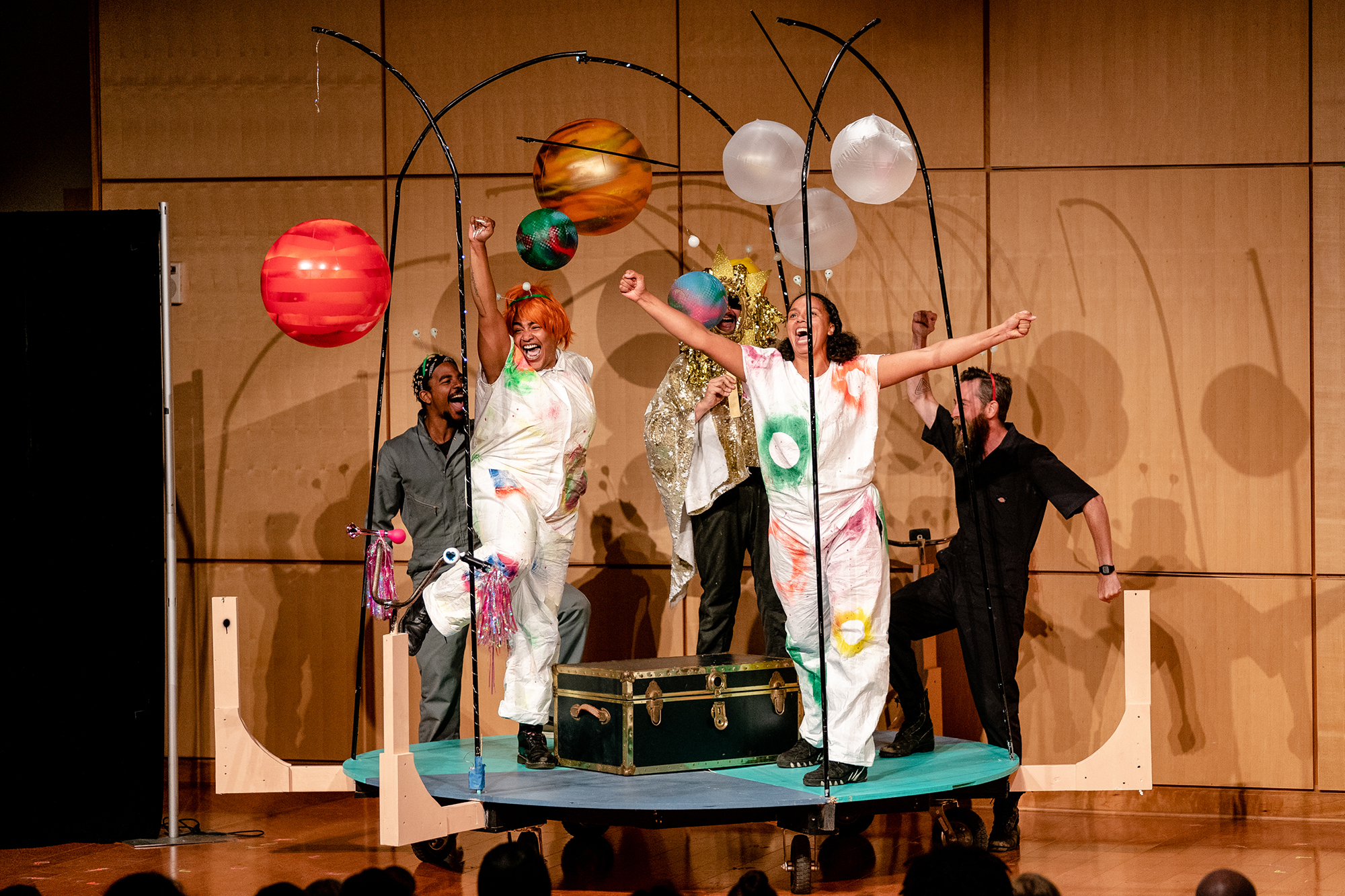 Entering its 11th year, Play/Write teaches New Orleans area fifth and sixth graders how to pen a piece of theatre. The curriculum combines performance and improv games with lessons on writing and dramatic conflict. The top plays are then produced by local professional theatre and dance companies in a showcase for both the students and the general public.

For the piece below, Philip followed 2018’s Play/Write classrooms to talk with students, teachers, and parents — all without a hall pass. In between running among five different schools, the directors of Goat in the Road Productions share the past successes of Play/Write, current challenges, and future plans for the growing program. Philip also visited a rehearsal with Intramural Theatre, as they prepared their play for performance and debated just how seriously to treat the language of a twelve-year-old playwright. Most importantly, behind all the laughs throughout the piece, Philip investigates what benefits such a program could have for the youth of New Orleans.

Philip Roderic Yiannopoulos is a freelance journalist whose work has appeared in Foreign Policy and Fast Company, as well as locally in Nola Defender and VieNolaVie. Recently, he finished a masters in Journalism and International Relations from NYU. He is also a rabid Saints fan.

Bard Early College New Orleans: Using the classroom to design for all
Audio and Podcasts

When evil moved to Jefferson Parish: Talking House of Shock with Ross Karpelman
Audio and Podcasts