Krewe: Humanity in an inhumane system with the Louisiana Capital Assistance Center 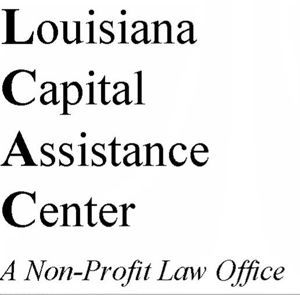 On Baronne Street, only a few blocks away from the French Quarter, lies a purple and green building with hardly any windows. In a neighborhood filled with gray bricks and Creole architecture, an eccentric-looking building like this one is sure to stand out, as it very well should. After all, the people within this building have managed to save countless lives.

This building is home to the Louisiana Capital Assistance Center, a non-profit organization that provides legal representation to indigent individuals charged with capital crimes. All of the LCAC’s clients are impoverished, with many being racial minorities who suffer from severe mental illness. The intention of the organization is not necessarily to exonerate its clients but to get them off of death row. The LCAC essentially does what public defenders cannot do. In order to defend an individual charged with a capital crime in the state of Louisiana, the defender must have at least a decade of legal experience. The vast majority of Louisiana public defenders lack that kind of experience, so many convicts have almost nowhere else to turn. This is just one of the many ways in which Louisiana stacks the criminal justice system against the most disenfranchised individuals.

“We have a saying in this business that those without the capital get the punishment,” said Richard Bourke, the director of the Louisiana Capital Assistance Center. “The entire Louisiana criminal justice system is tilted against the poor.”

Richard founded the Louisiana Capital Assistance Center, or the LCAC as he calls it, back in 1993 with a simple goal: to introduce a level of humanity into an inhumane system. Although he speaks with a thick Australian accent, Richard has lived in the United States for so long he barely considers himself an Australian at all. The employees at the LCAC will be the first to admit that by choosing to defend marginalized individuals, they face an uphill battle. “There is an inherent structural disadvantage for the poor because they lack the resources to compete with the well-funded state prosecutor’s office,” Richard says.

By defending indigent clients of color, the organization must also go up against longstanding systemic racism. The Louisiana criminal justice system has continually proven to be demonstrably racially biased, especially in the cases of capital crimes. In fact, Louisiana has the most racially disproportionate death row in the country. Meanwhile, over 600 individuals have been placed on death row in Louisiana’s history and not a single one was put there for a crime committed against an African American man or woman. Defending clients who suffer from mental illness adds an additional obstacle. The Louisiana criminal justice system provides the least amount of legal protection for the mentally ill. This means that state prosecutors are allowed to convict for capital crimes and judges can place any sentence they deem fit, regardless of the severity of an individual’s mental illness. Those who suffer from mental illness are also statistically more likely to falsely confess to crimes they did not commit. Therefore, the mentally ill are more likely to end up on death row in Louisiana than in any other state in the nation.

Beyond the disadvantages faced by its clients, the LCAC also experiences a series of internal and institutional obstacles. One of these core internal impediments is a severe lack of funding. A deficiency of funds can have serious implications on the outcome of the case. According to Richard, “The risk of sending someone to death increases dramatically when there is a lack of funds.” The LCAC’s funding problem can be attributed to the apathy of the state government, which is unwilling to fund the department enough to create an adequate defense. Adequate funding is required for the LCAC to hire enough staff to handle its incredibly high case load. This means that dozens of high-pressure cases are placed entirely on the burden of a small staff, not equipped to deal with this many cases at a time. The employees at the LCAC, many of whom are young and still in law school, frequently work much longer hours than they are paid. Many of the LCAC’s employees even work unpaid, on an entirely volunteer basis.

“The majority of lawyers and legal professionals here could be making vastly larger salaries at private legal defense firms,” said volunteer legal assistant Christian Jamal, who has worked for the LCAC for a year and a half unpaid. “The lawyers here stay on due to their passion for the work and those that they see affected by it each day.”

There’s also the problem of Louisiana’s exceedingly flawed justice system. Louisiana has the highest rate of exoneration and reversal in the country, meaning it has produced far too many wrongful convictions. Since 1976, 85% of the people sentenced to death have been removed from death row, mainly due to sentence reversals. “I shouldn’t have to see a wrongful conviction even once in my entire career. Instead, I’ve seen it a few times in just the last few years,” explains Richard.

Once an individual has been convicted of a capital crime and sentenced with death, they are forced to spend years on Louisiana’s notorious death row. Death row, especially in Louisiana, is infamous for its abhorrent living conditions. While on death row, prisoners have no access to education or medical care. For prisoners who suffer from severe mental illness, the death row environment is particularly damaging; the denial of meaningful activities can further exacerbate mental health problems. What is especially problematic is the fact that more men on death row die from natural causes than from state-mandated executions.

Despite the many setbacks that the LCAC and its clients are forced to endure, the organization has had a number of major successes in its twenty six years of existence. The LCAC has managed to avoid the sentence of death on a trial level for numerous clients over the years. However, the organization’s crowning achievement is its work to help exonerate a number of its clients.

In one particularly disturbing case, 28-year old Rodricus Crawford was accused by the state of murdering his own child by smothering him to death. Crawford was convicted and sentenced to death despite misleading medical evidence. The prosecution relied on an argument surrounded by religious discourse and fervor about biblical commands that condemn those who harm children. This added an emotional element to the trial, which helped sway the jury in the favor of the prosecution.

When the lawyers at LCAC got involved with Crawford’s case, they managed to persuade elite doctors from across the country to examine the medical evidence. These doctors were appalled by the inaccuracy of the evidence given in trial. As it turns out, the doctors determined that Crawford’s infant son was not smothered by his father but rather died naturally from pneumonia. The analysis from the doctors allowed the LCAC to obtain a retrial and the new evidence was presented, exonerating the young man. “Who can imagine an innocent person being on death row, and they talk about killing you, and you wake up in a little cell every day?” Crawford said. “Imagine that. I can’t explain it. That’s a feeling I hope nobody could feel.”

“This case is especially distressing because a client was jailed and nearly sent to death in a case where a crime was not even committed in the first place,” said Richard.

In a state as starved for money as Louisiana, state legislators have recently begun to wonder if the death penalty is truly justifiable. On March 12 2019, the Louisiana State Legislature held its first hearing in years to discuss the potential of abolishing the death penalty. Two weeks later, two state lawmakers, one a Democrat and the other a Republican, introduced bills to abolish capital punishment. The uncertainty of the future of the death penalty in Louisiana means that the future of the LCAC is up in the air as well. As the purpose of the LCAC is to help individuals avoid being sentenced to death, the organization will no longer have a role in the Louisiana justice system if one of these bills were to pass. Although the death penalty is this organization’s bread and butter, the staff would like nothing more than to see it go. The LCAC publicly supports the abolition of the death penalty, considering it an extremely expensive program with no meaningful results other than slowing down cases.

“If the death penalty were abolished, we would happily be put out of business,” Richard said with an optimistic smile.

However, the abolition of the death penalty is not on the mind of anyone at the LCAC today. The only thing that they will be thinking about from the moment they get up in the morning to the moment they turn off the lights in their bedrooms at night is how they can save their clients’ lives.

A monument to nothing
Politics
We use cookies to ensure that we give you the best experience on our website. If you continue to use this site we will assume that you are happy with it.Ok