Birth is a Muse: A sculpture of survival 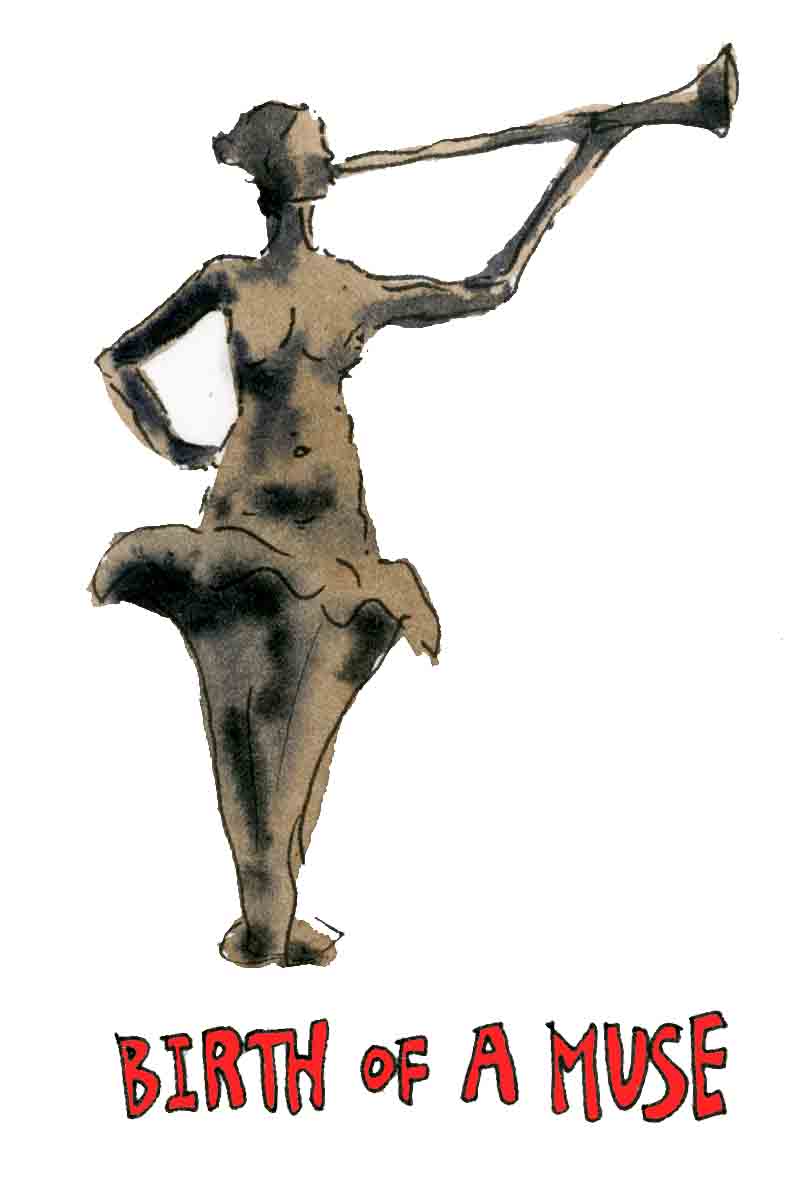 Birth of a Muse (Illustration by: Emma Fick)

Sculptures, statues, monuments, paintings and many other forms of artwork are created to be viewed and appreciated by people of certain communities; and yet, those communities often lack the ability to preserve these artworks in the end. Through all the struggles in the art field,  people still strive to get their messages out and connect people through their art. Jackson Square, The French Quarter, and museums all over the city, flood New Orleans with local, regional and national artist who all work together to keep us unified and connected in some way. Artist Kim Bernardes is one of those people, and she has a battle on her hands.

New Orleans is a city in Louisiana with a majority of African American people at 59.8% African Americans, 34% Caucasian, 0.2% Native Americans, 0.2% American Indian and Alaska Native, 5.5% Hispanic/Latino and 2.9% Asian citizens. It goes without saying that the conduct and rituals of New Orleans is significantly different than a city that is predominately white. The lack of assistance and care New Orleans receives from the government is strongly correlated to city-wide problems, such as the messed up roads and streets, polluted environment, and the lack of safety in people’s own homes. This is due to a long history of deeply rooted discrimination against minorities in the entire United States. While this discrimination may have faded from the public view, it definitely has not been disappeared from society and its systems. New Orleans is known for its rich culture of food, music, culture, and of course, the Mardi Gras parades. Maybe because people are so focused on these great features, they are ignoring the persistent struggles against discrimination.

Artist Kim Bernardes’s sculpture, “Birth is a Muse,” is located in Uptown, New Orleans in the Lower Garden District. It was the first public artwork displayed in New Orleans after Hurricane Katrina, where homes, people, and art work was lost. “Birth is a Muse” allowed us to come together and celebrate life that we still had and hope that was going to be rebuilt for our city.

This was hope made by the people. There was a realization that if there was going to be change and a renewal of the city, then it had to come from within because no one else was there to help.

According to Sabree Hill, “The new sculpture is a cast bronze figure representing one of the nine muses (Terpsichore), who are the namesakes of the Lower Garden District neighborhood.” But it is more than a sculpture. It is made to inspire artist all over New Orleans and maybe even the world to create new public art no matter what struggles are lying in the future. Even after the destruction of a city Kim Bernardes has rebuilt a new gateway for inspiration all around at the time where we need it most.

According to Brad Rhines, “The statue contributes to the ongoing restoration of the area, which began in 1972 when residents organized to oppose the construction of a Mississippi River Bridge ramp through the neighborhood and won a spot on the National Register of Historic Places.” Even though, this statue is representative of a problem in a certain area, it shows how powerful and how much of a necessity artwork is in our area because it still prevails to an entire city.

Public art is the most prominent source of art that is around. It isn’t for rich, upper class people who like art in fancy museums or only for the poorest lower class people. It is for everyone and for that reason, it is significant to our lives. It is a way to connect us all by broadcasting and representing factors that play a role in all of our lives.

Weather we are the minority of the people who live in New Orleans or the African Americans or any other race that lives here, public art is here to connect us not through race, but to grow a strong geographical connection between us all. Specifically, Kim Bernardes artwork “The Birth Of a Muse” is there to connect us through the issue of art restoration and general hope in our community. We all were affected by Katrina, not just one group; we went through that struggle together and with or without the help and assistance “promised” by our government, we will come back stronger together.

The giant bird sculpture and the works behind water levels
Environment