Artists in their own words: Michael Santos 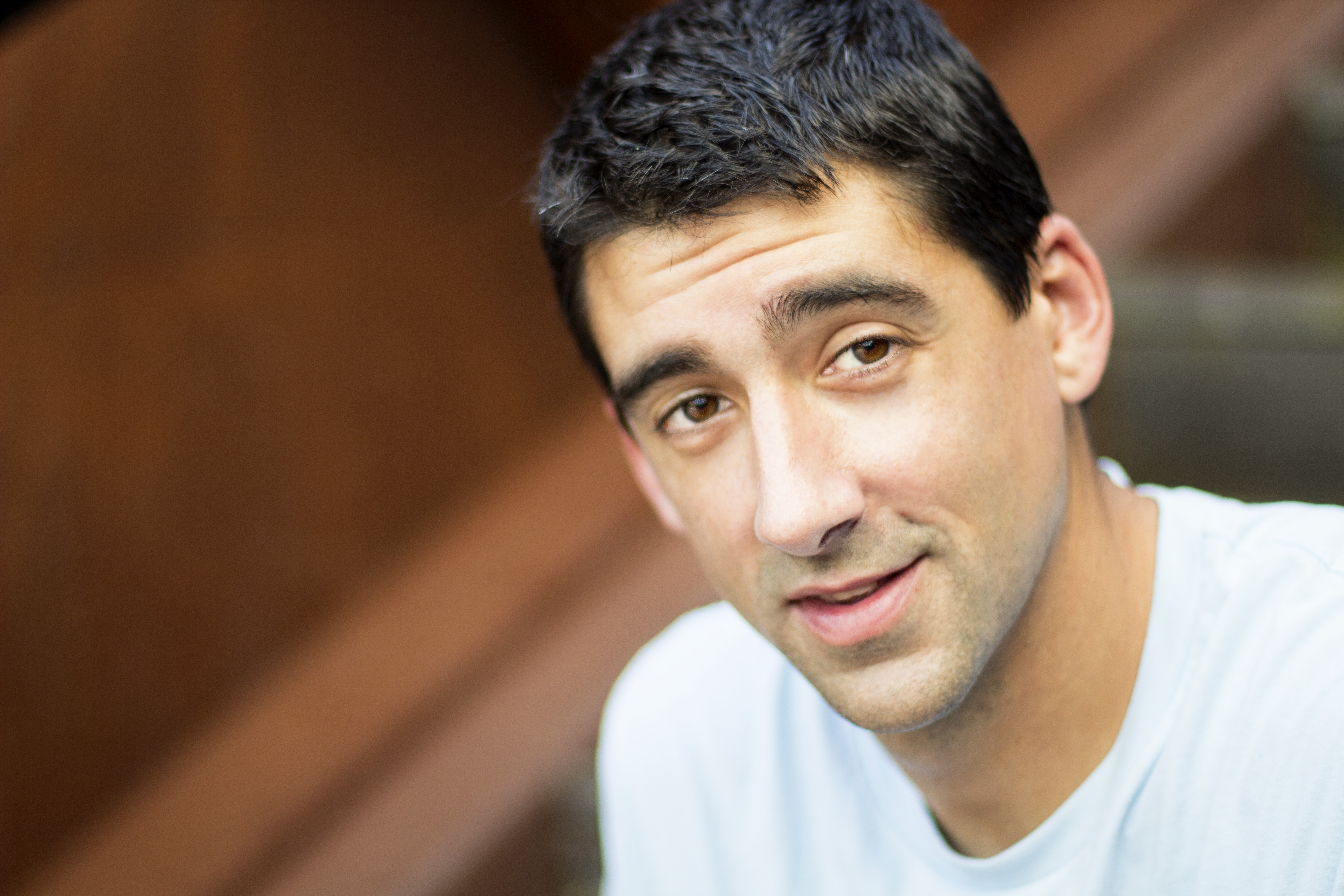 What: Performer and director — currently directing Detroit ‘67, which is on stage at Delgado.

Favorite theater snack: “A mix of nuts: there’s a trail mix that has nuts, sesame seeds, and other treats that I can grab and shovel in.”

Q: What do you feel like is the most common expectation put on you?

MS: In my shoes, we always have to one-up each production. Which is difficult in educational theater because part of the educational process is that you are going to make mistakes, but there’s a pressure that your current production will supersede the last one. Obviously, that doesn’t always happen, and I don’t know if that’s a self-induced pressure or if it comes from external sources. But no matter what, you want to feel like you’re always growing, getting better, and making each production better than the last.

We are lucky that we’re an educational institution because we can completely shift gears. We can put on a Shakespeare production, and then we can move to a musical, or something entirely new, like Detroit ‘67. You can clean the slate a little bit, and that’s a great way to circumnavigate that pressure.

At Delgado Theater, we lost our founder a couple years ago, so it took us a bit of time to get our bearings and our new mode of operation in place. We also have a two-year turn-over rate from the students, so we want to make sure that they are growing and progressing in those four semesters that they’re with us.

As always, it’s a day-by-day situation. You have to see the forest, but you can’t let go of the trees.

Q: Who in Detroit ‘67 would you like to understudy?

MS: One of the male supporting characters is named Sly, short for Sylvester, and he is a ball of energy. He’s the neighborhood guy who can get you whatever you need. He’s full of charisma, he’s always cracking jokes, and he sings Motown on stage. I think he’d be a great person to play.

Q: When do you know, as a director, that it’s time to stop rehearsing?

MS: When the show closes and you are forced to take down the set [laughing].

Maybe it would be a little different if you have a six-week run or something, but for our purposes, the production is a learning process the entire time. That learning process happens until the show closes.

We want to make sure that we are checking in with the students, the educators, and also considering the audience. They want a good show, and we want to give them a good show, so there’s always reworking of scenes and improvements made until the last day of production. 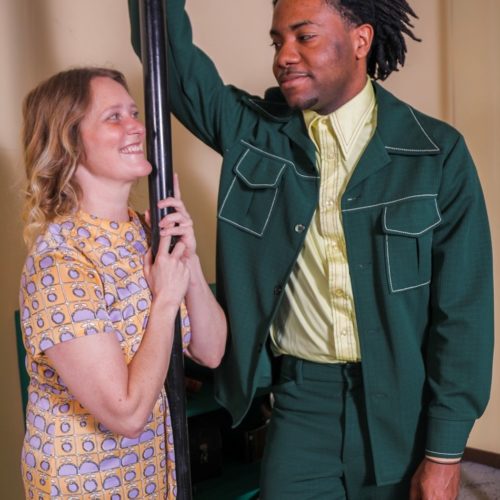 Pictured, from left, in a scene from “Detroit ‘67” at Delgado Community College: Dwayne Jones Jr. as Lank, Tyonna Burnell as Chelle, and Meghan McDermott as Caroline. (Photo by: Todd Taylor) 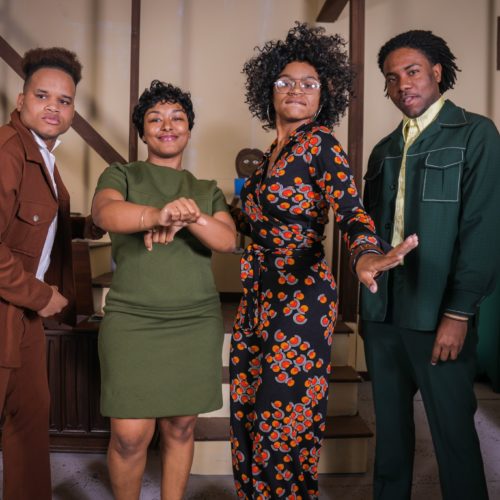 Cast of Delgado’s production of Detroit ’67. (Photo by: Todd Taylor) 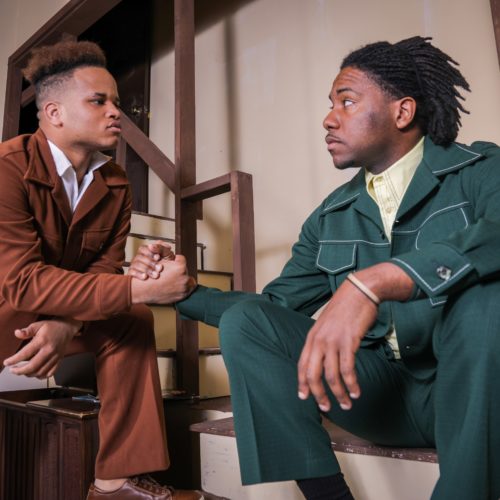 Q: What is your ideal season for theater?

MS: I teach our classical theater and modern theater classes at Delgado, which means I’m focusing on theater history a lot, so I’m often partial to a classical piece — Shakespeare, Moliere, or a Greek play. I love something that hearkens back to one of the major bridging points of theater that kept alive the art form that we only now see a lot more proliferation of. I always joke with my students that theater had these little spots, a few decades, where there was tons of it, and then there were hundreds of years of desolation in-between those spots. Only now do we see such a growth in the everyday aspect of theater. Perhaps we’re spoiled.

I’m also always partial to children’s theater. As a professional, part of our mission is to not only inspire our students to go on and attend a four-year university, but to also be ready to enter the professional world. There’s children’s theater, there’s Shakespeare, there’s musical theater, and there’s new plays. Those are the most common types of productions in Theatre and thus, the four major sources of continued employment.

So my ideal season would be to have a season with all of those. Have a Shakespeare, a musical, a children’s play, and then a new world premiere in the vein of contemporary drama. That would be a difficult season [laughing].

Q: There’s a sibling relationship in Detroit ‘67. What do you think that relationship exposes about what it means to be human?

MS: There’s a strong sense of family and community in the play — bloodlines and extended family. They take care of each other. Morisseau contrasts that with another character (Caroline) in the play. She’s an outsider, a rover, and she becomes mesmerized by seeing these deep blood ties and the amount of devotion to each other. She never felt that growing up; she’s more or less estranged from her family.

That’s the ebb and pull in life, especially in the 21st century. For so many centuries, you didn’t leave your family. You stayed where you were born. You were an outcast if you left or were kicked out of your birthplace. Only recently has this idea of moving freely — being nomadic and moving from house to house or living in a completely different city — really come into play. Even if you stay in the same city you were born, you rarely stay in the same house you grew up in anymore. We often struggle to maintain a firm grasp of our identity as a result.

Today, we often move far away from family, and then we might have a family of your own, but then there’s no extended family. There’s a big question of where we are as humans — when we’re pushed to pursue freedom and independence, but at the same time in search of a place to belong. Our ancestors only survived because they maintained their community and used a ‘village’ to take care of each other. The dynamic of that push-pull is definitely represented through the siblings in the play.

Michael Santos is directing Detroit ‘67, a play by recent MacArthur Foundation grant recipient Dominique Morisseau. The play opens Wednesday, February 20, at the Delgado Drama Hall, 615 City Park Ave., Building 1, (3rd floor). The production will run through Sunday, February 24. Curtain times for Wednesday-Saturday performances are at 8:00 PM and the closing matinee performance on Sunday is at 3:00 PM. Tickets, which you can purchase here, are $12 (general admission); $10 (senior citizens and Delgado students, faculty and staff); $8 for all area high school students.

Artists in their own words: Mark Routhier
Artists