Plumes versus feathers: A story of Uptown versus Downtown Indians 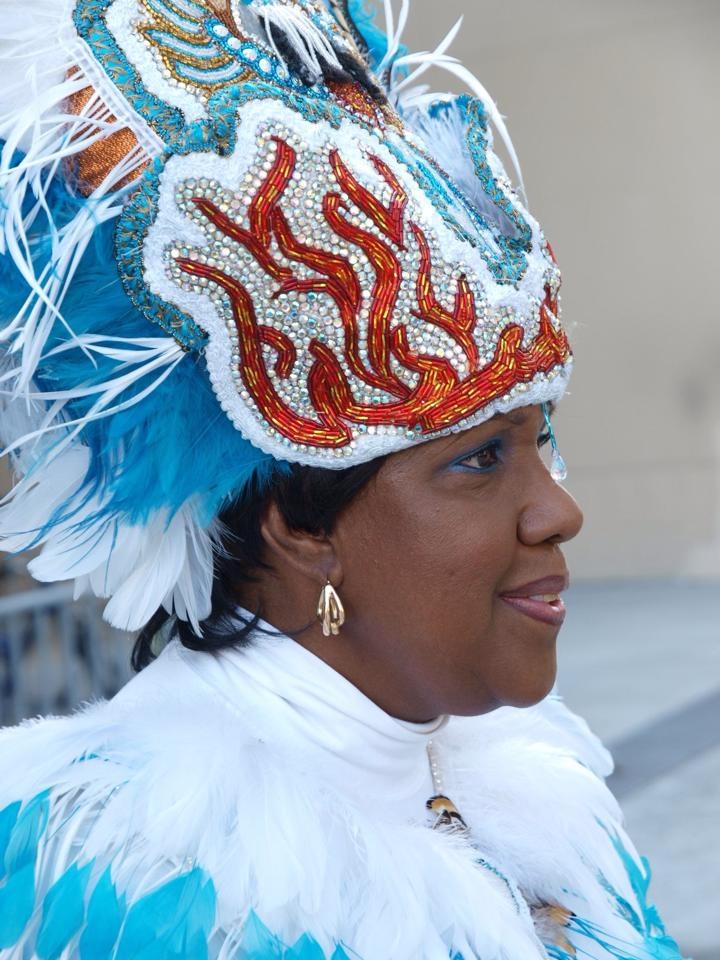 There have  been many questions about the creation of Indian costumes in the city of New Orleans. As a child growing up in New Orleans, I have seen my show of Indian costumes. The images on the costumes were beautiful, and I always wanted to know what the images represented or meant. There were many questions running through my head, and I finally decided to research it. I was provided with information from Sarauniya Zulu and her father Shaka Zulu, who is the big chief of the Golden Tribe. During the interview, I asked several questions and was given valuable information that changed my way of thinking about the tradition of Indian costumes.

To begin with, there are over 40 tribes, but only 42 are acknowledged because other tribes are not active–meaning that the tribe doesn’t exist anymore, or there is no one to carry on the origins of that tribe. There are many Indian Tribes: the Golden Feather, Yellow Pocahontas, Wild Magnolias, Wild Tchoupitoulas, Black Hatchet, Young Nasi Warriors, 9th Ward Hunters, 7th Ward Creole Hunters, and Garden of the Flame, to name a few.

Many believe that Native Americans were the founders of this culture that has hypnotized New Orleans for decades, but the Indian costumes are derived from African, Haitian, Caribbean, and indigenous people in New Orleans. As Shaka Zulu explains, “We don’t say Native Americans,” but rather “Black Indians,” because the costumes aren’t made from the culture of Indians – but rather black people from different parts of the world.

Although the tradition of Black Indians is secret and sacred, they come out to celebrate with the community because it’s for family culture. Take for instance the second lines that take place in the Uptown city areas and the Downtown city areas. Everyone comes out to dance and have a good time; it’s a family event for great grandparents to newborn babies in the family. People travel from around the world and photographers points their lenses at the costumes, which hold stories in every bead and design.

The designs on the costumes vary because there are different types of Black Indians, which are Uptown Indians and Downtown Indians. Uptown Indians use plumes, velvet- lined aprons, flat beading, and the designs depict Native Americans in battle. They are called “the work patches,” which are flat. Downtown Indians use feathers, and 3D pieces. The themes are more abstract, which represent Haitian and African themes–depicting abstract shapes, animals, and they use marribu to line the aprons and pieces. 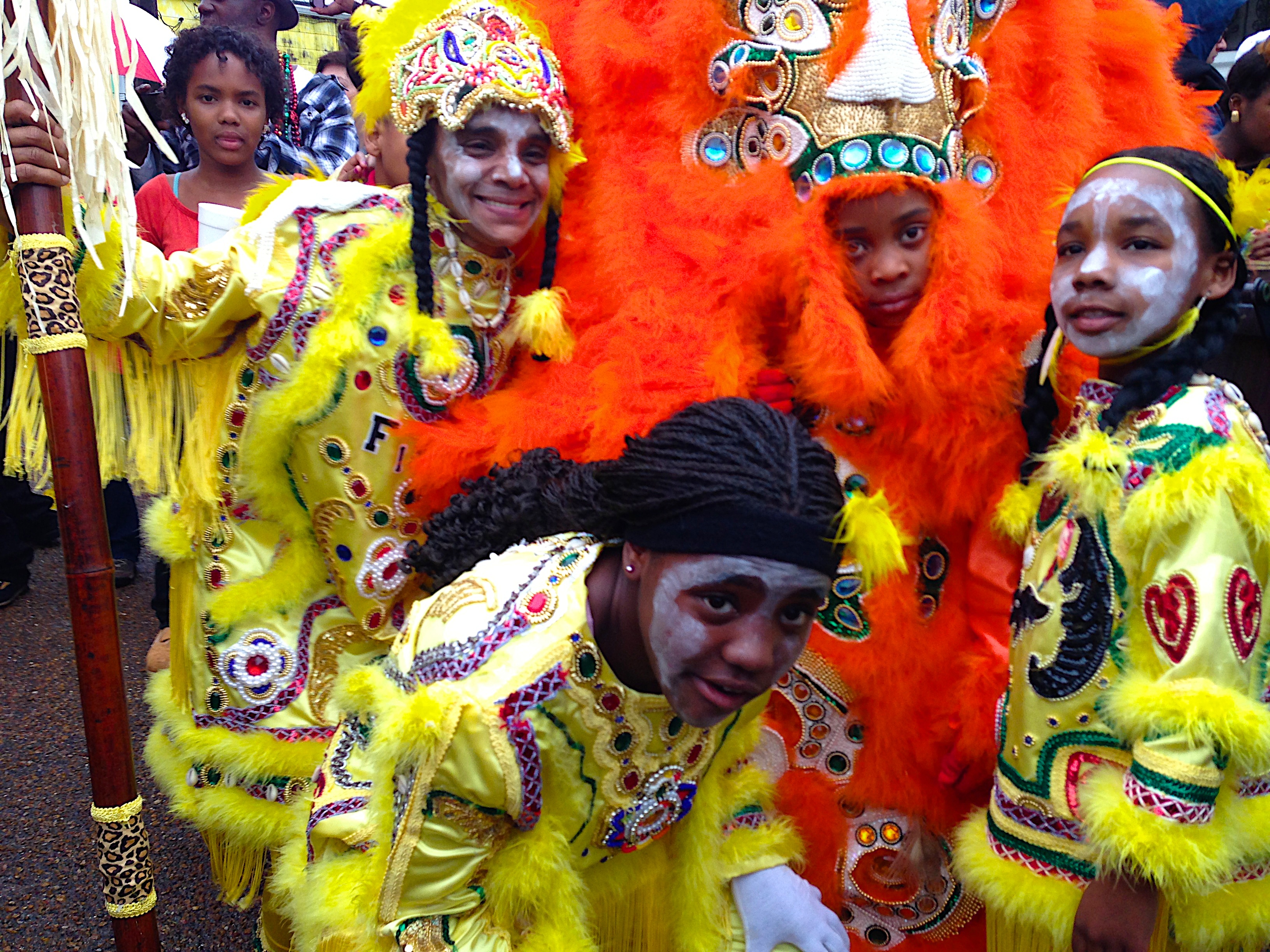 Each tribe has their specialty, but what unites all these designs are the beautiful colors, themes, and work put into the costumes. As Sarauniya Zulu says, ”Every Indian comes up with a different color and theme every year,” so those standing by watching the Indians march, dance, or pose will always have new designs to feast their eyes on.

Joe’Nee Smith is a graduate of Bard Early College and senior at KIPP Renaissance High School.