“Postcards From Over the Edge” exposes New Orleans’ raw history 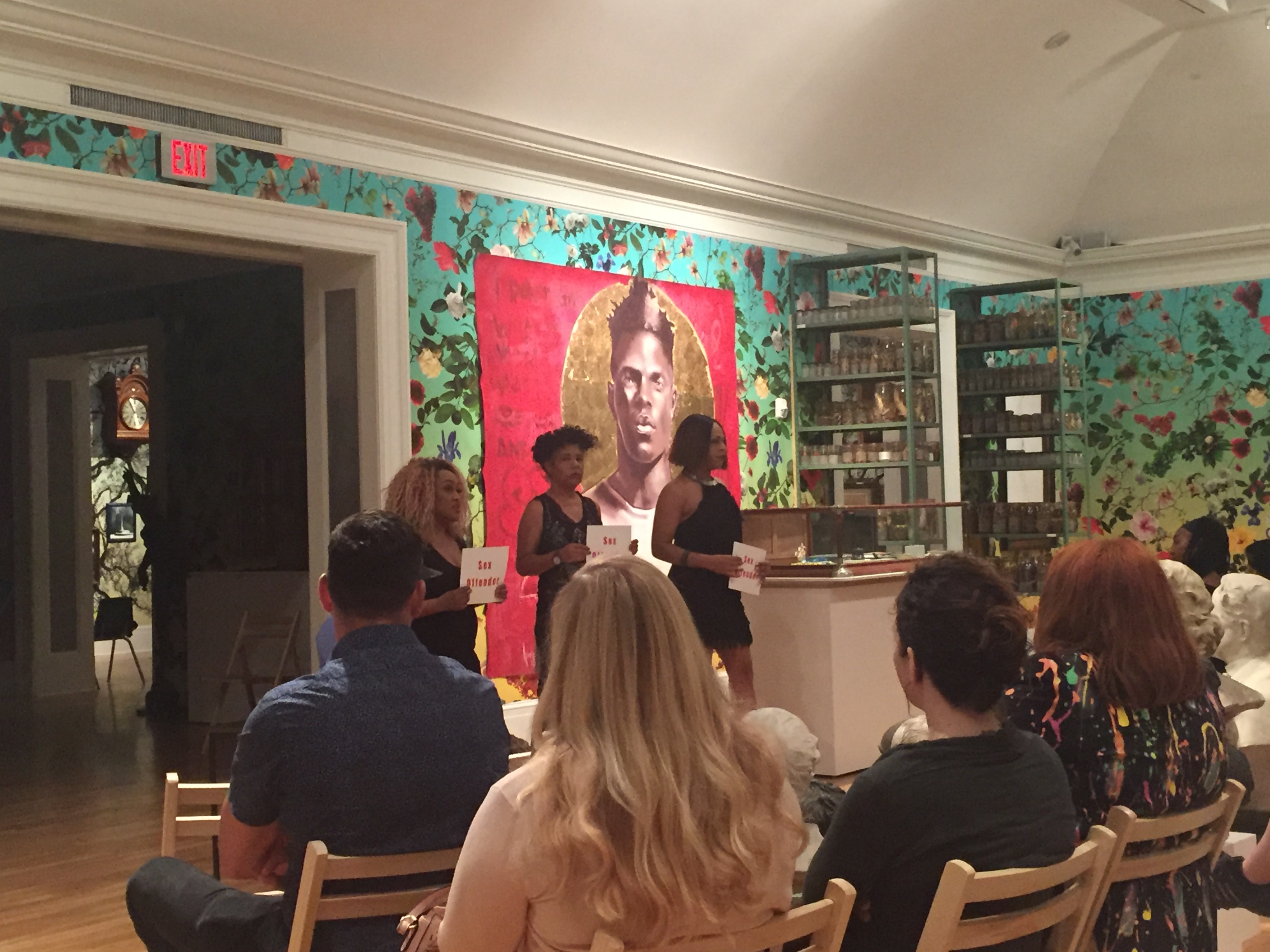 Shot from “Postcards from Over the Edge.”

“There has always been an obstacle in creating this show,” an apologetic cast member told us as the fire alarm blared in the background, delaying the production. She smiled good-naturedly. “We invite you to our world!” Postcards From Over the Edge, directed by Richon May and written by India McDougle, Tela Love, Karel Sloane-Boekbinder, Valentine Pierce and Jasmine Davis, is truly a labor of love.

Utilizing a diverse cast from across the LGBTQ+, racial, and age spectrums, Postcards links the present era to the Storyville era of New Orleans with the universal mistreatment of sex workers, especially those who also belonged to other marginalized groups.  Alternating monologues and dialogues across hundreds of years tell “another story” of the oft-glamorized sex industry in New Orleans. It’s not pretty and it’s not fun as a member of the ensemble puts it, but it’s “one that still needs to be told.”

Though the Storyville era tends to evoke the image of luscious, opulent surroundings, Postcards tells the story with a set that sticks to the basics: one chair, one table. The stage is a room in the Newcomb Art Gallery that is currently occupied with the exhibition EMPIRE – a show which seeks itself to “interrogate the ways histories are told, remembered, and revised.” 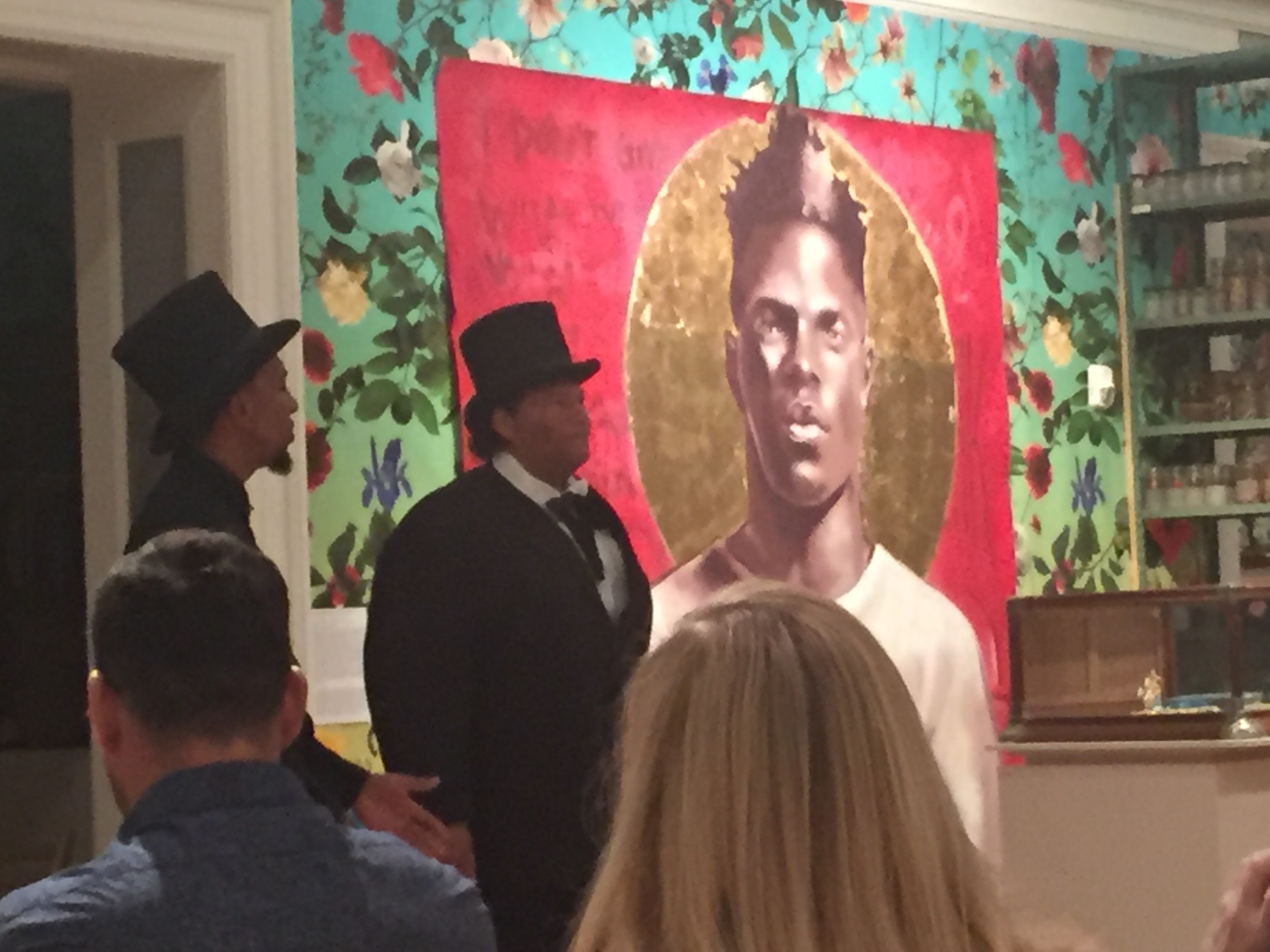 Shot from “Postcards Over the Edge”

In the play, Sgt. Helen Bell, up for a promotion to Captain, helps to bump those numbers by routinely abusing sex workers. As said in the play, “Help? They don’t need help,” Sgt. Bell scoffs. “They need Jesus.” Even when her hopeful attorney neighbor insists she read up on the legally sanctioned oppression of CAN, Bell is merely indignant that she had to think about it on her day off.

From there, we see the nine plaintiffs, together, file an anonymous motion declaring CAN unconstitutional. One desperately needs to find work to support her family, something the sex offender label bars her from. One is tracked down by a stranger who offers $10 for her body after her address and conviction is sent out around the neighborhood on postcards, courtesy of CAN. We see that the stigma perpetuating suffering has always existed.  “Why buy the cow” a turn-of-the-century police officer who used to pay for sex and now takes it asks, “when you can get the milk for free?” Their combined legal efforts lead to the abolition of CAN in 2012 –207 years too late.

Though occasionally unpolished with repeated lines and mumbled delivery, there is no denying the passion and skill present on stage when it comes to Postcards. The dialogues make audience members feel like they’re eavesdropping, and each monologue sucks the air out of the room. Considering the subject matter alone, Postcards runs the risk of an unfortunately desensitized modern audience accepting the oppression of sex workers as another bad thing in their list of bad things and moving on. But the audience never gets the chance for complacency.

The cast underwrites the dark and boundless themes of societal oppression with authentic relationships, adding an emotional punch to an immeasurable problem that’s often just easier to ignore. A furious mother concerned for her children, a trans woman who refuses to capitulate to a bigot and pays the price, the tender way a madame protects her young protégé… these stories are what make the horrifying truths concrete.

At a time where there are enough emotionally exhausting problems to create a wall of audience apathy, Postcards From Over the Edge pushes through with a pained-yet-powerful voice that calls out to anyone with a shred of empathy left. It is an uncanny mix of crushing reality and persistent hope, tied together by a cast of relatable characters. It advocates patience in the face of difficulty, courage in the face of hate, and the belief that people have the power to make real, and lasting change, no matter how many obstacles they face.