I consider myself a strong person. Iron will, stubborn to a fault. But I have a great weakness. Something that never fails to bring me to my knees.

My greatest weakness is cats.

It doesn’t matter what kind. Stray cats, house cats, tiny kittens, grumpy old man cats, ugly ones with matted fur or fluffed up-divas. They all reduce me to a deferential being, crouched low on the ground, hand carefully outstretched as I make kissy noises and pray that this 8-pound ball of fur deigns me worthy enough to scratch her ears.

Naturally, I brought this weakness with me to my anthropological field camp this summer, excavating graveyards in Romania. (The community we worked and lived with, the Székely, are Romanian only in the sense of borders. Above all, they are their own remarkable people with a long history and rich culture.) Romania has its share of strays, and the culture is largely apathetic to them. Stray cats and dogs are closer to vermin than pets there. During our stay, we were instructed to not feed them or let them into the hotel. As a guest in a foreign country, I respected these wishes and followed the rules.

But that doesn’t mean I wasn’t going to pet those cats. I’m only human, after all. 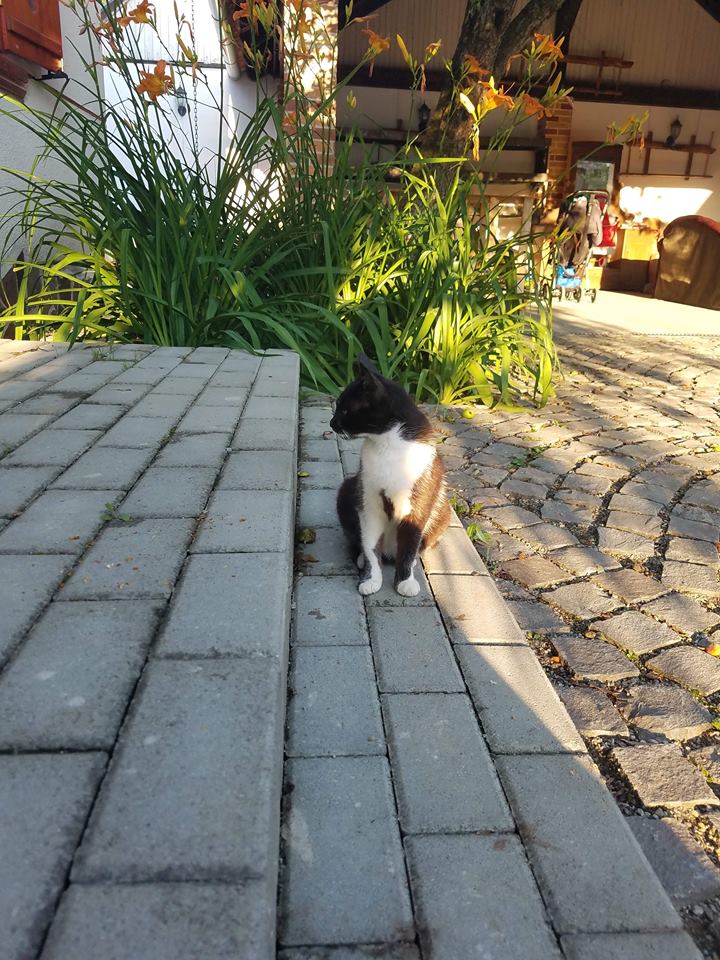 A face no one could resist. Photo by Melissa Bailey.

One evening, me and several of my colleagues were sprawled across the concrete patio playing with a black kitten who was as feisty as she was tiny. We talked about how homesick we were for our own pets, the surreal nature of our work with human remains, and the culture shock we were experiencing. The cats were a comforting presence in an alien world. And really, really cute.

Our Székely hosts, legendary for their kindness and hospitality, welcomed us into their community with open arms and seemed largely ambivalent to us playing with their strays. At most, we caught a few bemused smiles. As neither the first nor the last Americans to stay with them, I doubt anything about us surprised them anymore.

As the kitten began to claw her way up my shoulder, accompanied by tiny mews of determination, I overheard another member of the field camp expressing her disapproval.

“The people here basically see cats as raccoons. Would you cuddle a raccoon back in the States? I don’t think so. That’s what they’re doing here, they’re cuddling cultural raccoons.”

My cheeks started to burn. In the moment, I was embarrassed. It’s true that our hosts saw cats as vermin. How stupid could I be, to not understand that? With time and distance, however, my embarrassment over my behavior has turned into confusion over my colleague’s thought process. She believed petting that cat was unacceptable because I was in a culture that viewed it as undesirable, even though my own culture had no issue with it. She judged my actions based solely on my geographical location, feeling the need to disparage my behavior to more fully respect our hosts. This false line of thinking is a result of selectively interpreting the concept of cultural relativism.

Let’s start with the definition. At its core, cultural relativism is the philosophical concept that all morals are relative, and actions must be judged within the persons specific social context, not a different one or a universal code. Take, for example, a culture that practices female infanticide to control their population and sees it as perfectly moral. Cultural relativism bars people from outside this culture from judging the morality. There are obvious logical issues with such a stance – murder isn’t moral simply because a group of people decides it is.

But for our purposes, I’m far more interested in cultural relativism as applied to benign cultural practices. Cultural relativism’s doctrine of non-judgement also extends to harmless differences. It’s basically an application of what we all learned in pre-school: We’re all different, and that’s ok. Though it’s a concept that we humans have struggled with since the dawn of time, the principle of coexistence is still generally one that most people strive for. Hey, at least we’re trying, right? 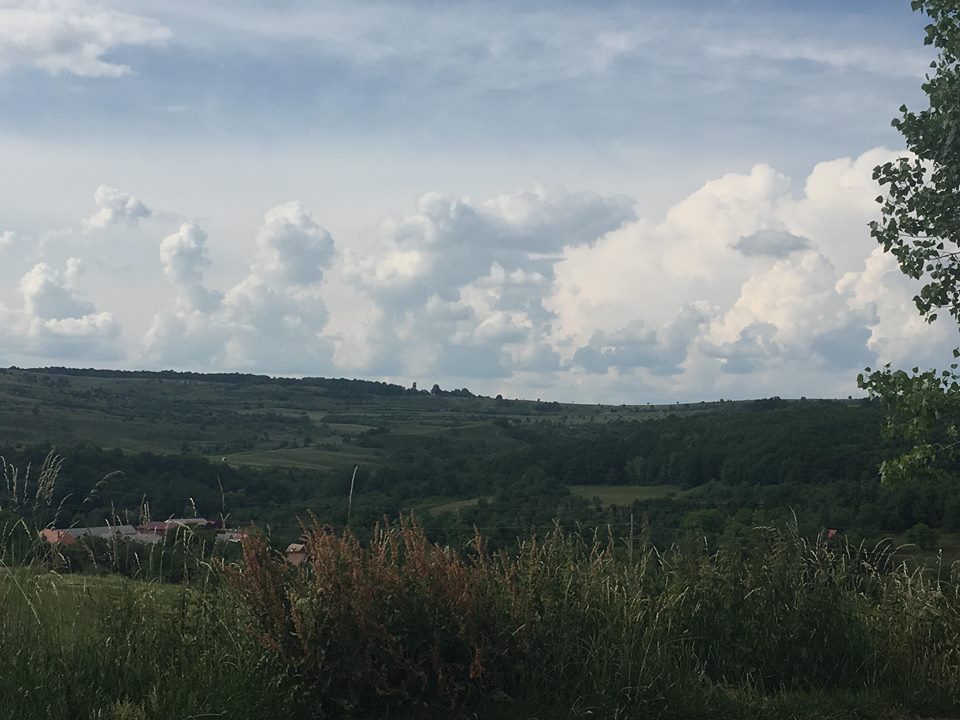 The view from the work site. Photo by Gillian Mays.

Cultural relativism, in this sense, declares all cultures equal. But instead of applying the philosophy as is – one that preaches tolerance to a fault – my colleague was applying it with the assumption that there was a correct culture that deserved deference based only on where one happened to be in that moment. She had created a dominant and submissive hierarchy, one that condemned us not for disrespecting our hosts but for practicing our own culture in a foreign land.

Petting cats may seem like an insignificant hill to die on here, but anyone who’s ever been to NOLA knows that the cats have as much of a claim on this town as the humans. The street cats are an element of our cultural fabric. Part relic of Katrina, part symbols of mystic energy that we pride ourselves on, and part such an integral facet of our everyday lives that we can’t really ignore them even if we tried, New Orleans is nothing without her cats. We love our strays. We cuddle and coddle and feed them, or at very least we respect them.  Don’t believe me? Ask the 7,500 residents who went without power when a stray cat wandered into a power station. A second line has already been planned in her honor (Doug MacCash, “Entergy Cat second-line parade postponed until Oct. 13″,” NOLA.com, September 29, 2018, accessed October 1, 2018, https://www.nola.com/festivals/index.ssf/2018/09/entergy_cat_second-line_parade.html). The cats will not be ignored.

I’m a proud transplant of five years. I may not be a local, but I’ve embraced plenty of elements of the culture and am proud to be a part of it. I brought that beautiful culture with me nearly 6,000 miles away from home when I plunked down on that floor and started petting that cat. But according to my colleague, I should have abandoned it. “When in Rome,” and all that.

I became an anthropologist to celebrate and share our differences – a worldview that this kind of warped cultural relativism works actively against. It advocates for a static, un-evolving culture and discourages sharing. It calls for people to stay rigidly in their societal confines for fear of someone else telling them they’re doing it wrong. It tells us that when it comes to culture, there is a wrong answer. As a guest in another country, one should respect and strive to understand the culture of their host. But that can be done without throwing away your own identity. Whether you’re practicing your culture as an immigrant, a traveler, or a local, there is no wrong way to be.

But when in Romania, pet the damn cats.