The muffuletta: Nola’s second sandwich get its due respect with festival 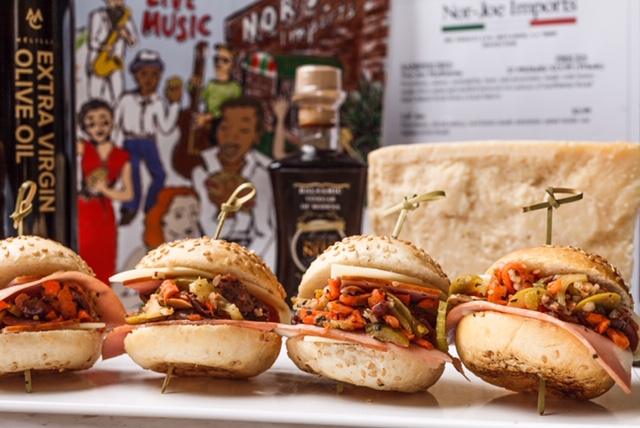 The muffuletta festival is coming to New Orleans. (Photos courtesy of: Muffuletta Festival)

While the po-boy is likely the first sandwich one associates with New Orleans, Mark Subervielle wants to make sure the city’s other iconic sandwich – one that was around decades before the po-boy – gets it proper due.

We’re talking, of course, about the muffuletta, which Subervielle, an importer of specialty and Italian foods, says has its roots in a French Quarter bakery in the 1890’s.  Specifically, it was a bakery owned by the Ruffino family, which is where the original muffuletta bread came from.  The bakery would change ownership through the years, Subervielle says, but would stay in the same extended family until Hurricane Katrina.

“It ended up as United Bakery,” he says, “and it was on St. Bernard over there and the brick ovens are actually still in the building that housed the bakery.”  The po-boy, on the other hand, wasn’t born until the streetcar strikes of the 20’s and 30’s, says Subervielle.

It makes sense that the sandwich originated in a bakery.   A “muffuletta” is literally the round loaf of bread, Subervielle says.  Then comes the ham, mortadella cheese, salami, some other Italian meats depending on who’s making it. 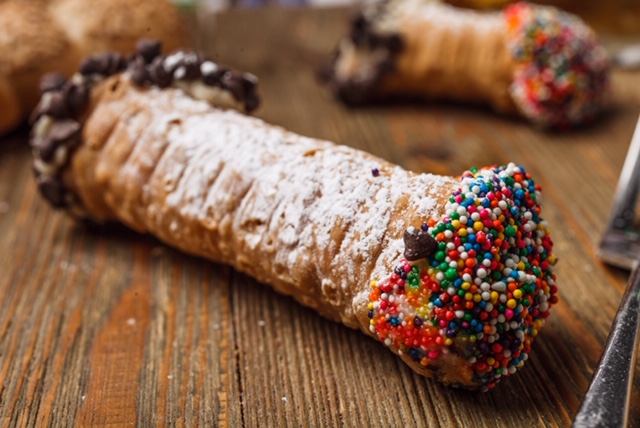 And then of course, “the infamous olive salad,” he adds.  “Gotta have the olive salad.”

But what’s in olive salad, other than the obvious?

While different people have different recipes, “for the most part it’s a mixture of olives, some vegetables, and jardiniere, which is of course a vinegar mixture of cauliflower, carrots and onions,” says Subervielle.

All of these meats, and olive salad, were staples in all the Italian delis and Italian grocery stores that heavily dotted the neighborhoods of New Orleans, Subervielle says.

“They were cured meats, so they would last a long time, they didn’t need refrigeration,” says Subervielle. “And of course if you put them on a sandwich they’re going to last a long time as well.  So it was a very hearty and durable sandwich as well.

“You just put it all together and there you have it.”

Subervielle isn’t just a muffuletta historian.  With partner Jared Zeller of Bayou Boogaloo, he is the founder of the Muffuletta Festival, which returns for its second year Sunday, October 7, from 10:00 AM until 8:00 PM near the intersection of Metairie Road and the railroad tracks.

“Every day something’s closing,” he says. “So I think that the more of these things we can bring to light, it’s going to educate future generations on why New Orleans is the food capital that it is.”

Fortunately, there are a few of those old-school bakeries around, says Subervielle.  “The ones that are there, those guys are in there at 4:00 AM pumping out this amazing bread.”  And they’re doing it the old fashioned way.  “Some of the best muffuletta breads that I’ve seen out there are the ones that are hand-punched down.  I think that the festival and the muffuletta will help to keep those guys going as well.”

For more information, visit muffulettafestival.com, or visit their Facebook page.

Audio: Beignets finally receive the festival they deserve (and for a good cause)
Audio and Podcasts
We use cookies to ensure that we give you the best experience on our website. If you continue to use this site we will assume that you are happy with it.Ok