What if Brett Kavanaugh found the courage to explain himself humbly and honestly? 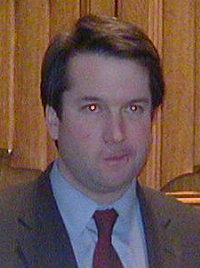 This story was reprinted with permission from The Lens, New Orleans area’s first nonprofit, nonpartisan public-interest newsroom, dedicated to unique investigative and explanatory journalism. The original story can be found here.

*Editor’s Note: Dr. Ford and Brett Kavanaugh will be under oath on Thursday, September 27, 2018. The Lens’s piece was originally published on September 21, 2018.

Whether or not his accuser testifies before Congress in coming days, this is what I wish I’d hear Supreme Court nominee Brett Kavanaugh say publicly to Dr. Christine Blasey Ford, a California psychologist:

You say I was drunk at that party and that I committed a horrendous sexual assault. It was years ago—we were teenagers—and I have absolutely no memory of it.

On the other hand, I can see no reason why you would make up such a story, and many reasons why you would rather not come forward to tell it. So I can only assume that you are telling the truth as you remember it: that I did indeed push you onto a bed, climb on top of you and as other boys goaded me on, tried to pull off your clothes.

It does not seem improbable to me that, as you began screaming for help, I drunkenly put my hand over your mouth and scared you half to death. I thank God today that you were able to break free and run from the room.

I am deeply sorry for what you say I did to you. And it appalls me that, by daring to come forward all these years later, you have been subjected to death threats, trolling and the malicious idiocies of far-right conspiracy theorists.

While alcohol, age and time do not excuse a crime, the youth you accuse is not who I am today. It’s not who I have become as an adult. Period.

I hope that my tragic mistake can be a lesson to many about the hazards of under-age drinking and peer pressure. I am deeply ashamed that I was not man enough to resist that pressure.

Perhaps you and the public and Congress can accept my apology and offer forgiveness. If so, I would be profoundly humbled. If not, so be it. It’s a life lesson learned the hard way.

Of course, wishing Kavanaugh were capable of candor and simple honesty isn’t likely to make it happen—not in the swirling cesspool of today’s Washington.

I nurse the dream that as a nation, as a people, we will pull ourselves out of this low moment in our history.

How wonderful it would be to see a man in Kavanaugh’s position show real strength of character and unambiguous moral clarity.

Should he decline the nomination? I would say he must do that only if he and his allies fail to remove the dark cloud that now lies over his possible ascent to the Supreme Court and that will shadow every decision he might make in that lofty position regarding women’s rights.

For now, I’d settle for him denouncing the process in which he has become an ideological plaything, a toy being batted around by manipulators on the left as well as the right, by the White House as well as by those who are revolted by our incumbent president.

I won’t hold my breath waiting to see it happen. But maybe, just maybe, Kavanaugh has grown up to be more of a man than the drunken dope that Ford says assaulted her all those years ago.

Orissa Arend is a mediator, psychotherapist, and author of “Showdown in Desire: The Black Panthers Take a Stand in New Orleans.” You can reach her at arendsaxer@bellsouth.net.