Never forgetting Katrina (oral history): “I remember thinking, ‘This is what anarchy looks like…'” 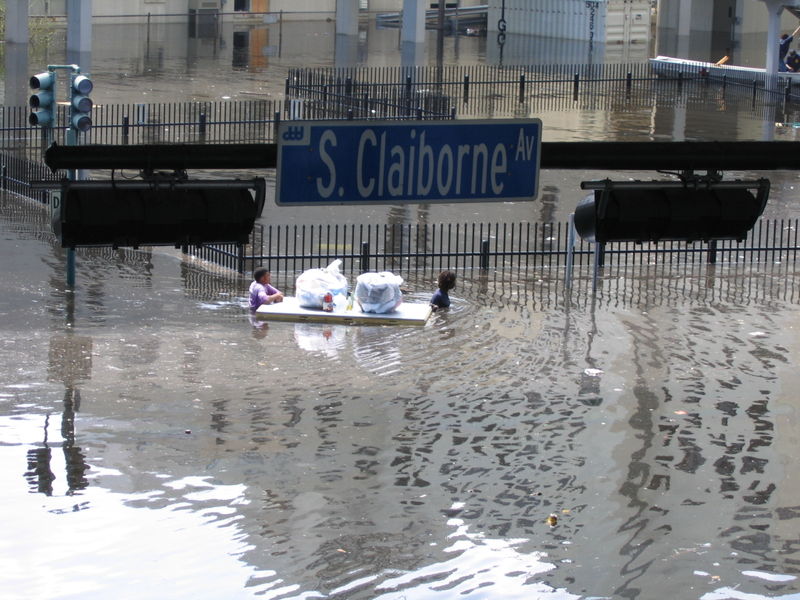 People wading to safety near the I-10 offramp to S. Claiborne on August 31, 2005. Taken near Stanislaus Hall, the old Delgado Nursing dormitory. (Photo: Wiki Commons)

Editor’s Note: We don’t need to try and “remember” Katrina because the aftermath is still with us–from the trauma that impacts the growing youth to the displaced populations who never got to make it back home. In honor of the people who banned together in help, who clung to their lives and their home, and who post mark their lives as ‘pre-Katrina’ and ‘post-Katrina,’ we are publishing oral histories from the people who lived through the storm and who want to tell their “Katrina story” in their own words.

An interview with Greg Lambousy, Director of Collections at the Louisiana State Museum during Hurricane Katrina. Mr. Lambousy was one of the original employees of the museum to return in the immediate aftermath of the storm. In this interview, he discusses the process of restoring the Old U.S. Mint in the French Quarter, which sustained significant damage in the hurricane.

[Editor’s Note: This reflection was captured as part of an English class taught by Gaurav Desai to document memories of Hurricane Katrina]
Tweet

Remembering Katrina: “It was different, but it was St. Paul’s, so I was happy”
Extra/ordinary

Never forgetting Katrina (oral history): “We needed to start collecting…”
Interviews
We use cookies to ensure that we give you the best experience on our website. If you continue to use this site we will assume that you are happy with it.Ok