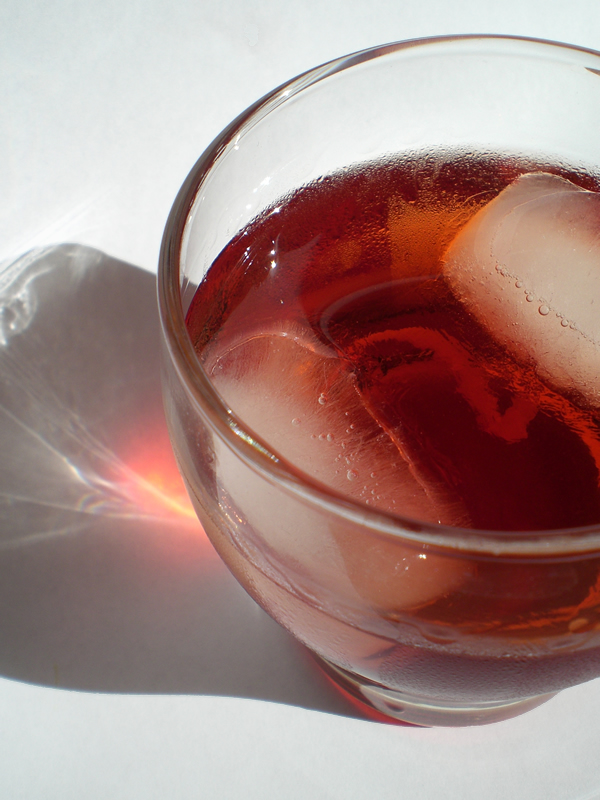 The love and hate of the cocktail. (Photo: Wikimedia Commons)

These are the only options.

Well, not really.  There are actually many possibilities in between.  Glory and failure just seem to be the most exciting experiences to talk about.  However, the elusive awesomeness of the hybrid, glorious failure, is always worth recounting.  Over the next several pages, or about half an hour of your time, (whichever description will keep you reading this), I’ll tell the tales of glorious failure of my own life over the past year and a half or so.  My name is Phillip Jaques, and I moved to New Orleans from Alexandria about 18 months ago to pursue a college degree.

I don’t mean to boast, well, actually I do, but many of these tales are quite epic in proportion.  They all involve cocktails, most created by myself, some by others, and the madness that came before, during, and after their creation and consumption therein.

The basic set up will be as such: Drink Recipe, the circumstances of its creation, the events surrounding its creation.

The American Bail Out

(Shake Bailey’s and American Honey over ice and strain into highball glass filled with ice, then add splash of soda to taste.)

This drink was created on a September night in 2016.  I was at a bar on Maple Street, Uptown New Orleans, and there were women giving out free promotional shots of American Honey Whiskey.  I thought to myself, This would probably mix well with Bailey’s! …and it did. Then I decided, at the bartender’s prompting, to buy a round of American honey with Baileys for the group of three girls I had convinced to speak to me.  So I did, but I had him add soda water to all of them. The result was a good one. After a few more of these, there was a general slight slurring of speech amongst my group. We then decided to proceed to the streetcar and head to the French quarter for a night of adventure.  Upon stepping out of the streetcar we walked, sometimes stumbling, down Bourbon Street. I became somehow separated from my group in the general confusion of drunkenness and Bourbon Street.

I sauntered down Bourbon and after a short while came across a group of NOPD officers on horses.  I noticed that there was a large group of women flirting with these police officers. This being the case, I figured that the police would have a sense of humor if I played a joke on them.  Therefore, I proceeded to slap one of the horses on the rear for a laugh, expecting the women to laugh and the police to follow suit. This is not exactly logical and neither was my action. The horse that I had slapped reared up and neighed loudly.  I backed away and ran in the opposite direction as the mounted officer whom I had offended began to pursue me on horseback.

Now, it wouldn’t be too hard to blend in and get away easily on Bourbon Street under normal circumstances. Unfortunately because of how I was dressed, these were no normal circumstances. I was dressed in the spirit of Halloween–seeing as it was only a little more over a month before the holiday.  To put it simply, I had on a leopard print fur coat and a purple cowboy hat. I was easy to spot out in the crowd, and as I cut down different streets the police officer and his horse began to catch up with me.  Not wanting to go to jail dressed as a wannabe pimp, I cut down a narrow alleyway (I don’t exactly remember where) and managed to lose the police officer. I took off my coat and hat and tucked them under my arm and made my way to Krystal Burger.  After a quick snack, I caught a cab back to the University I attend Uptown and was safe, despite the creation and influence of the “American Bail Out.”

(Shaken and strained into a cocktail glass rimmed with Lime Juice and salt to taste.)

This cocktail I found on a website but in a slightly altered version.  It was made with less tequila, and the shot of Malibu was added post shake-strain; in other words the Malibu wasn’t originally strained with the other ingredients but added on top of the drink.

I first came up with this version of the recipe during the Christmas holidays of 2016 / 2017. The epic story that I remember being associated with this drink in particular occurred a few months later as I and a few of my friends drank this cocktail at a bar in the French Quarter.  It was late March 2017, and I was downtown at a bar called “La Faire” with about fifty other people that I knew well. We were dressed in suits and charged accordingly. I remember the sinking feeling in the pit of my gut, as I had to pay fifteen dollars for my recipe of a “Malibu Margarita.”  To be fair though, this was the kind of bar that required all of its bartenders to wear dresses and heels that probably cost more than I’d spend in a weekend in Vegas.

This being said, I still felt a bit over charged, considering I was used to paying about seven bucks tops for a decent Margarita.  We managed to have one of those apiece and then just switched to the bar’s well tequila. I suppose the lesson I’d like to impart upon anyone still reading at this point is: if your drink’s name sounds fancy and uses words like “Malibu” and contains alliteration, probably best to make it at home, or make sure you only order it when someone else is picking up the tab.

(Shake over ice and strain into a cocktail glass filled with crushed ice.)

This one I invented during the summer of 2017.  I was stuck in Alexandria and felt that there needed to be a legendary experience in what was more or less a mundane summer for me.  Orange and Whiskey blend together quite well and the result is quite strong. After about two of these, my night became as legendary as the epic tale of Beowulf (or at least, I could entertain myself by reading the same page of Beowulf eighteen times in a row and pass out).  It’s worth noting that if the ratios of whiskey to orange liqueur are off at all, the drink does not taste good. It’s normally very sweet, but too much whiskey, or any whiskey not as sweet as Maker’s Mark will ruin the cocktail.

I tried this drink on a few different occasions over the summer but did not introduce it to New Orleans until I arrived to continue school in August of 2017.  I went down to my favorite bar on Maple Street and asked the bar tender to make a couple of Beowulf’s for a friend and I; the result was a slight slurring of speech and a general improvement of mood.

After a few more of these cocktails we decided to go to the French Quarter for an adventure. I don’t remember much of what happened that night, but I assume it was epic as I woke up in a bed and breakfast the next day in quite a nice suite.  At first I was freaked out because I figured I spent a good deal of money the night before. I guess some nice stranger must have put me up for the night because when I checked my bank account a few days later, I had not been charged any money beyond what I spent on drinks that night. Therein I can safely say that the “Beowulf” is quite lucky, as am I.

Author’s note: Two weeks later I found the 800 dollar ATM receipt from the drive through bank near the Bed and Breakfast I had mistakenly thought I stayed at for free.  The “Beowulf” is not as lucky as I had originally thought. – Phillip

Author’s note:  Words like “Epic,” “Legendary,” “Glorious,” and others have been used in an attempt to mask my drinking problem, or at least dress it in nice clothes.   – Phillip