Audio: A little bit of Paris in New Orleans

Bastille Day arrives July 14th, and in this tricentennial year the holiday prompts a reflection on the city’s French heritage. Recently we sat down with Kyly Larriviere, who is strengthening the France Louisiana cultural connection by bringing a little bit of Paris to New Orleans. At her Petit Paris Market on Magazine Street, she imports some of the same French commodities that families enjoyed in La Nouvelle Orleans 300 years ago. 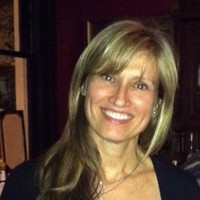 Kyly Larriviere celebrates all things French at her shop on Magazine Street. (Photo: via linkedin.com)

So, Larriviere is obviously French. Is your family from France? And tell me how you got to New Orleans.

Larriviere is my husband’s name, and his family is from Youngsville and Lafayette, Louisiana. There’s a Larriviere Street in Youngsville, and many Larrivieres buried in the cemetery of the Catholic Church in Youngsville, just outside of Lafayette. We came to New Orleans as a family, 6 1/2 to 7 years ago, because my husband took a position at Ochsner.

My paternal grandfather was from Pau, France, in the southwest.  He moved to the U.S. when he was 19 and influenced my father and our family greatly.  I first went to France with my family when I was 6, and several times after–later working in Paris. So it’s my family heritage as well, the Sichers, who impart to me those French sensibilities.

Tell me a little bit about the entrepreneurship part of what you decided to do then.

Before I had my children, they’re twins, I was thinking about what could I do. That was when we were living in Charlottesville, Virginia. What came to me at that time was having a candy store. Don’t ask me why.

When we moved here to New Orleans, after I worked for a time at the World War II Museum, and the children had been at Ecole Bilingue for a year, we traveled to France as a family, and it was there that it sort of came together. I saw French candy; we did things as a family. I don’t know exactly how it came to me that’s what I should do, [but] what I felt called to do was to import this candy to New Orleans. 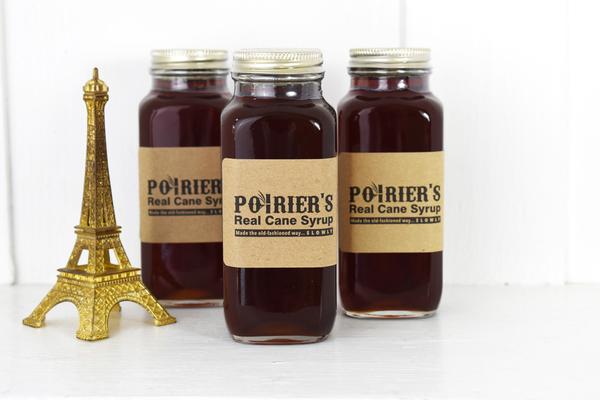 What is it about French products that Americans love so much?

I think we really appreciate the French tradition of excellence. There’s a tradition throughout Europe of different groups of people– whether they were candy makers, or chefs, or shoe cobblers–they took great pride in their craft, and I think we admire that honorableness in being authentic, and striving, through discipline, to do the best you can with something and create beauty. So there’s the excellence, there’s the craftsmanship, and then I think we all innately relate to that virtue of beauty. The French seem to have really brought that around the world. 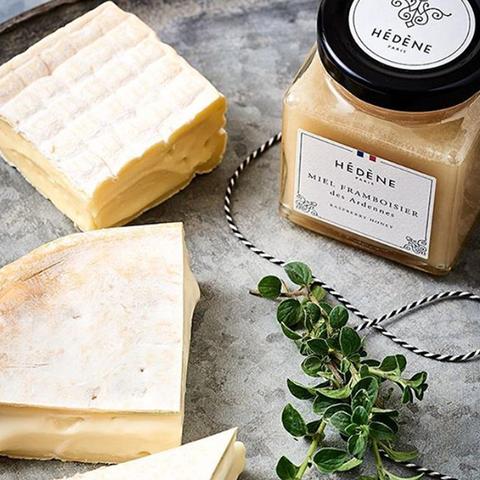 Larriviere thinks French products sell with Americans because of their craftsmanship and quality. (Photo: petitparismarket.com)

It is my great pleasure in finding them. I travel to France two or three times a year, and it’s a fun expedition to walk the streets of Paris and look for those things that the French use authentically in their lives for their children, for their home, for their dining, for their gardens. What is it that inspires the French? That’s how I do it.

New Orleans has this rich and varied culture, and one of the underpinnings of that culture is France and the French, and looking to what the French are doing now, just like we did 200, 300 years ago, and bringing that back to the city of New Orleans, and the state of Louisiana.

In fact, some of your items, like the syrups and the jellies, go back hundreds of years, so there’s culinary history that you’re preserving both here and there as well.

Absolutely. That is how we started, and I continue to look for those things. There are, for example, vinegars by a company called Martin Pouret. The company began by taking the wine that had spoiled in Bordeaux and bringing it up the river to Orleans, our sister city, and turning it into vinegar. Some of the best vinegar in France. We sell that.

How much did New Orleans develop its own kind of French heritage, and how much is there an authentic French lifestyle here?

I think there are parallel tracks. We are deeply French in some ways that we don’t even recognize or take notice of. The vein of Catholicism runs very deep, and that is tied to family, and Mardi Gras, things that we hold very dear, and don’t really recognize are French. On the other hand, we are not French at all. We are heavily West Indian, African American. That brings a wonderful sort of confusion to people when they come to this area. They say, ‘This is like nothing else I’ve experienced in America.’ Yes, it is. It’s layer upon layer of hundreds of years of people as well as other things. Cultural foods, architecture, dress. But it creates this uniquely wonderful beat and vibrancy in New Orleans.

There’s the Spanish overlay. There’s the Native American Indians. There’s American trappers coming from Canada, all the way through Illinois. It really is completely unique, and it was absolutely, totally confusing to me when I got here. But one thing I felt that wasn’t represented was that traditional French–the basic building blocks of cuisine and authenticity of what we eat, what we do with our families, how we live in our home, which is represented here, but not in a retail or commercial way that much.

I do notice that a few of your products, like the cane syrup, are from Louisiana. How do you decide to incorporate that into your business?

I really look for those things that are, first of all, rooted in French tradition. So, for example, Poirier’s Cane Syrup is a French family. It’s a gentleman who is making cane syrup the way his grandfather made it, and his grandfather was a certifiable Acadian Frenchman. He is very true to the way he makes it, using old machinery, growing small amounts, tending to that in a kind of turn-of-the-century way, which I really admire, and because of that, he gets an excellent product that a lot of chefs admire and use in restaurants.

There are other products in New Orleans that are coming up, and they’re doing it in a craftsman style. They’re very select about their ingredients; they’re very rigorous about the way they make it and the way they craft it. It’s generally done in small batch ways, and when they grow the product, they’re keeping a strong eye to making sure the quality is there. So the products that we sell are looking at those same qualities.

Yours is one of several French businesses along your strip of Magazine Street. You’ve got Aux Belles Choses, the French Library, Lilette. Is this sort of a new French colonization of Uptown New Orleans?

I think so, and I think that it comes from a really unique thing about New Orleans that we sometimes tend to overlook, but it’s what hooked us. It’s the bilingualism, or the trilingualism. Along Magazine Street, you also have Ecole Bilingue. We are so fortunate in New Orleans, and in the state of Louisiana, to have the largest number of French immersion schools in the nation. Because of that effort to keep the language alive, and to give children the opportunity to be bilingual, we are seeing that along Magazine Street. I think that is what spoke to me with my children, and then from there, the next step was natural, just to say, well goodness gracious, what else is French in New Orleans, and how can I participate in that?

Some Bastille Day fetes around town

Holidays in New Orleans, we do it a little differently
Audio and Podcasts